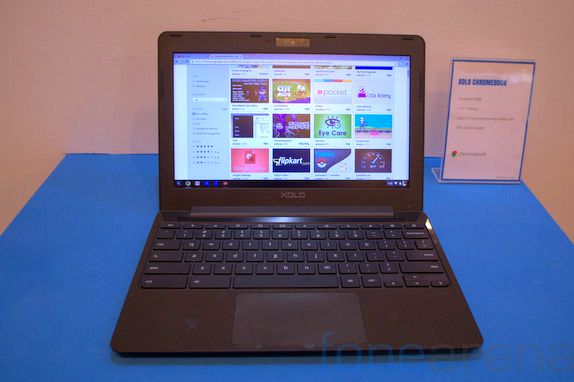 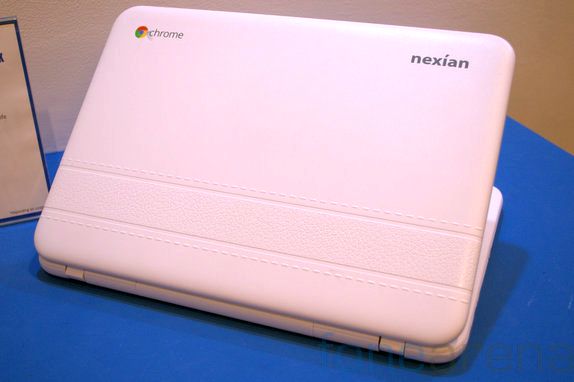 The Chromebook is Google’s play on low cost internet connected machines that run on Chrome OS. Today, the company launched a couple of new products based on the Chrome OS platform. The Nexian Air and Xolo Chromebooks offer a low price point and powerful enough internals to ensure fluid performance. We spent some time with the devices to see how well they compare to their Windows running brethren. 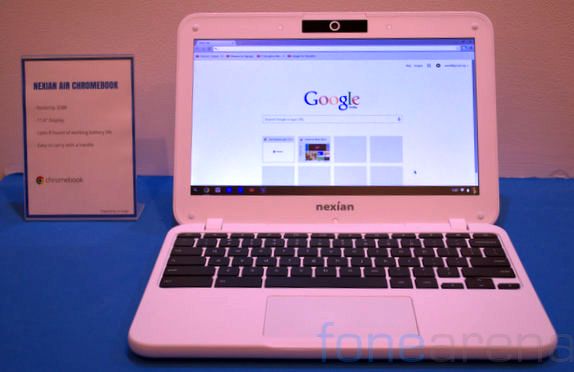 The Nexian Air is a semi-rugged machine. The lid has a faux leather strip running below which adds to the design element and frankly doesn’t look too bad either. We like how Nexian decided to go against slimming down the machine and compromising on build quality. The laptop is chunky but in a good way. There is practically no flex in the keyboard and the machine feels rock solid. The keyboard too is amongst the better ones in this category of machines. The 11.6″ 720p display is bright enough and not hyper glossy so outdoor visibility shouldn’t be a huge problem.

There’s a USB port on either end of the laptop. A full size SD card reader, 3.5mm audio jack and HDMI output port can be found over on the left. Powering the show here is a 1.8Ghz Rockchip processor paired with 2GB of RAM. There’s also 16GB of storage built in. Given the web focussed nature of the product, the storage should prove to be satisfactory. We were fairly surprised to see how well Chrome OS runs on such lowly hardware. Also worth noting is the trackpad performance on the Nexian Air. We were pleased to discover that the wide trackpad delivers smooth scrolling across the interface, something that is often hard to find on budget machines. 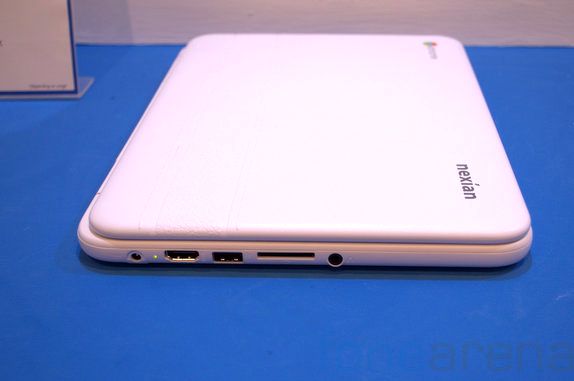 The USP of the Nexian is it’s semi rugged and splashproof nature. We probably wouldn’t take this with us into the pool but spilling a cup of coffee most likely won’t kill the machine. The Nexian Air is priced at Rs. 12,999 and makes for a compelling purchase if Chrome OS fits your style of laptop usage.

The other machine that was launched was the Xolo Chromebook. Going for a more high end look, the Xolo machine is decidedly meaty to look at. It is also surprisingly heavy and should be able to survive a beating in your daily use bag. The hinge on this machine is rock solid and you’ll probably need both hands to pull open the display.

The hardware configuration is practically the same on the Xolo Chromebook as well with dual USB ports, HDMI out and a 3.5mm audio jack split across the sides. The machine eschews a full size SD card slot for a microSD card slot. It is powered by a 1.8Ghz Rockchip processor, 2GB of RAM and 16GB of built in storage. ChromeOS performs well on this hardware but the trackpad on the Xolo is definitely inferior to the one on the Nexian machine. Scrolling was poor and not a very good experience at all. Additionally, we didn’t really like the glossy finish on the inside of the machine and the embedded pattern looks quite tacky. 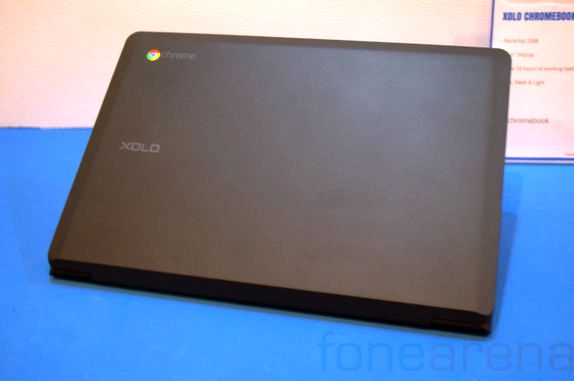 Both machines have 4200mAh batteries and are rated to run between 8-10 hours on a single charge. That is of course under ideal working scenarios. The Xolo Chromebook is also priced at Rs. 12,999 and offers a nice enough option against the Nexian. We’d pick the Nexian Air Chromebook over the Xolo though as it offers a splashproof and semi rugged design, a better touchpad and slightly better performance for the same price.