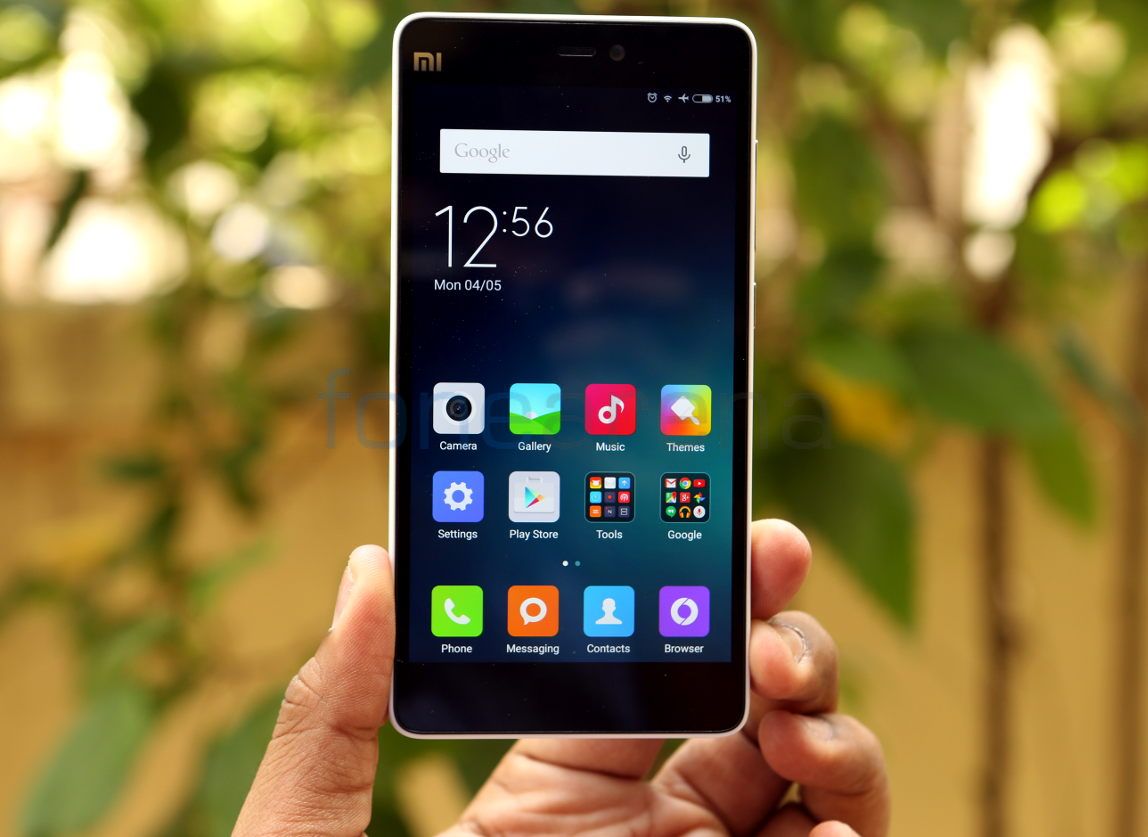 Xiaomi made it’s first major product announcement in India on April 23rd for the Mi 4i which has been developed for over 18 months mainly for India and other nearby markets. The launch saw Hugo Barra, VP Xiaomi Global , unveil the Mi 4i in a market where the company has been operational for barely 9 months.While the company tends to call it a flagship, the Mi 4i is more like a feature rich mid-range smartphone priced extremely well. Is the device worth buying ? Find out in our review below.

We unboxed the the device for you from the launch event.Check out the video below. 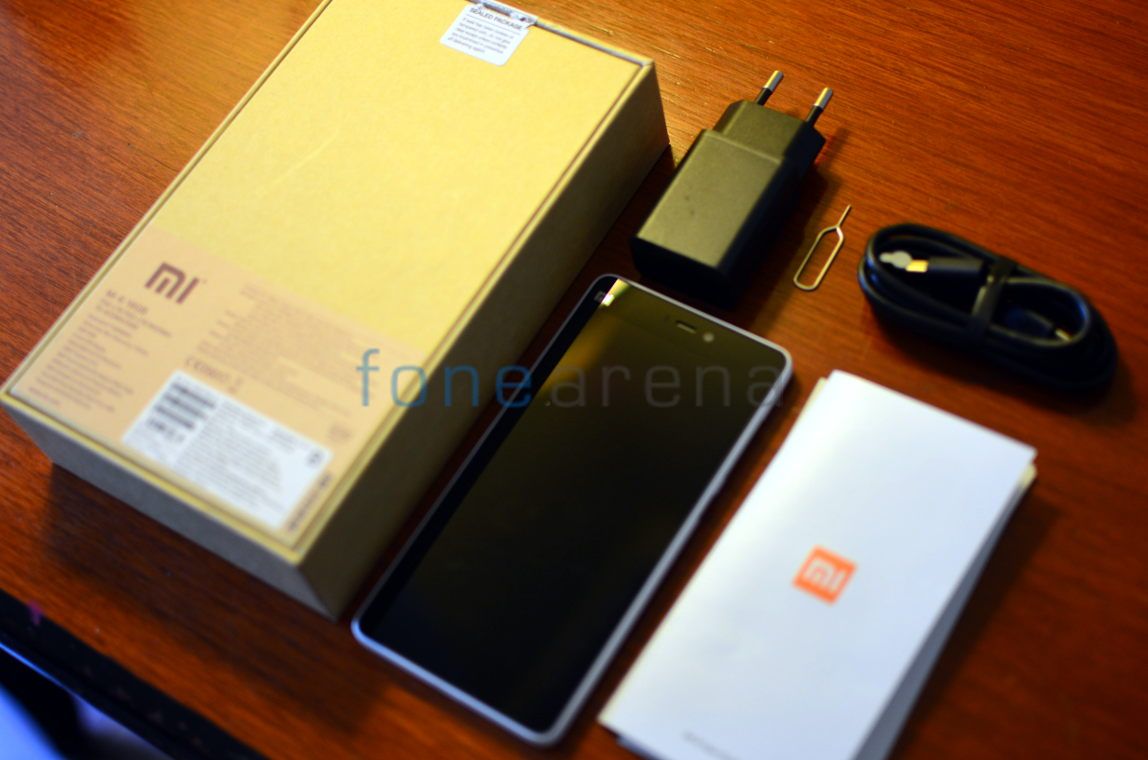 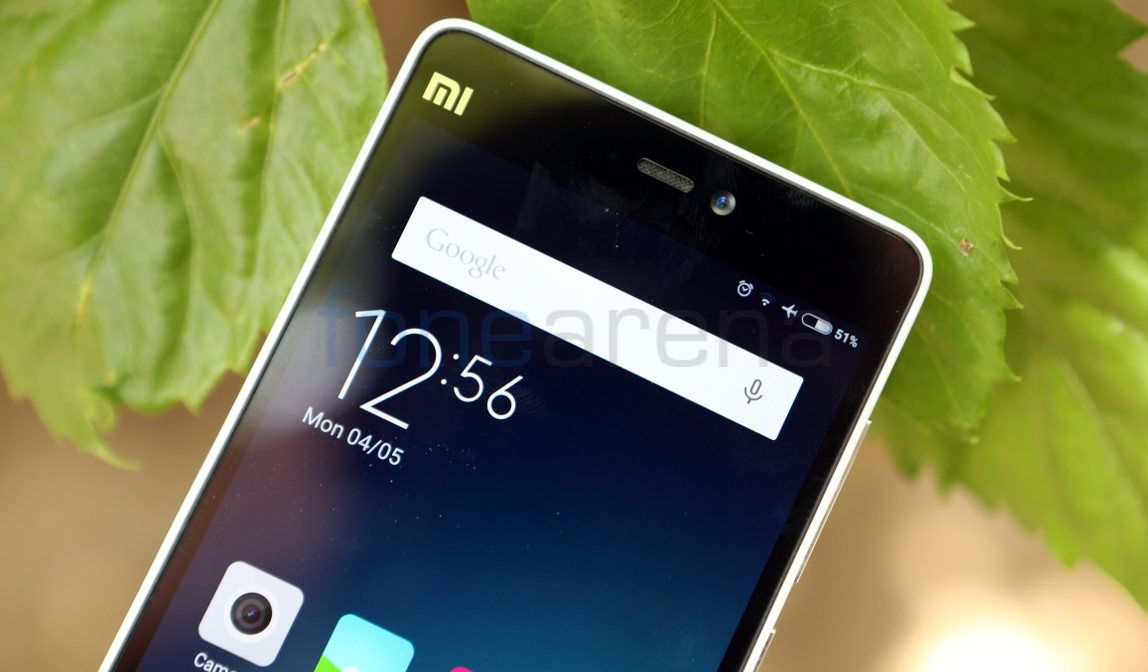 The first thing you notice when you pick up the Mi 4i in the hand is how light and compact it feels and yet it packs a full HD display and also a high capacity battery.

The device is compact and easy to hold and the form factor is in the same territory as the iPhone.The phone measures 138.1 x 69.6 x 7.8mm and weights 130 grams. There has been a lot of talk that the Mi 4i looks a lot like the iPhone 5c but going by the feel and even the internals, it is actually very different from the iPhone 5c , in fact closer to the iPhone 6 in terms of form factor but that’s about it. 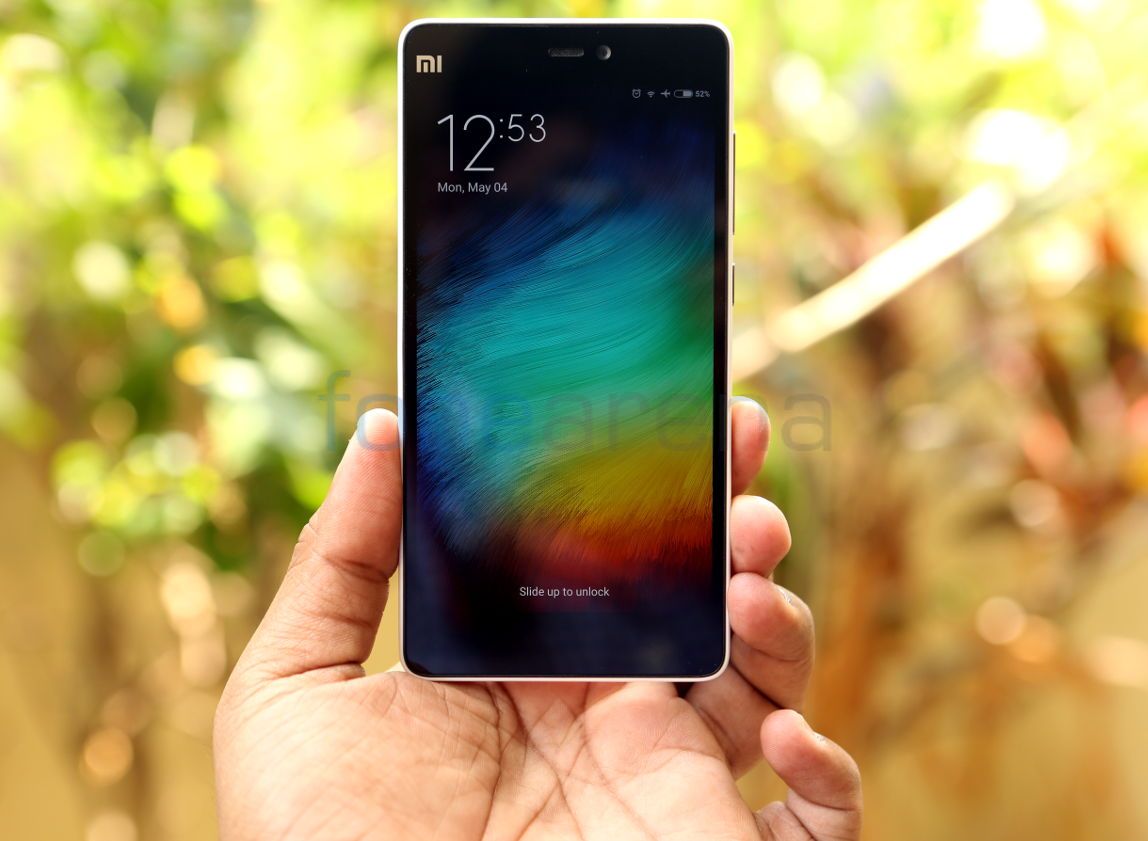 The front is dominated by the display which is a 5 inch Sharp panel with a 1080p resolution some thing which is very impressive on a mid-range smartphone.The display uses a fully laminated OGS (One Glass Solution) from Corning. One notable feature is the Sunlight Display which lets you view images more easily when outdoors.Above the display we have the 5MP front-facing camera along with the Mi branding and earpiece.

Below the display you have three capacitive buttons below for back, home and recent apps. 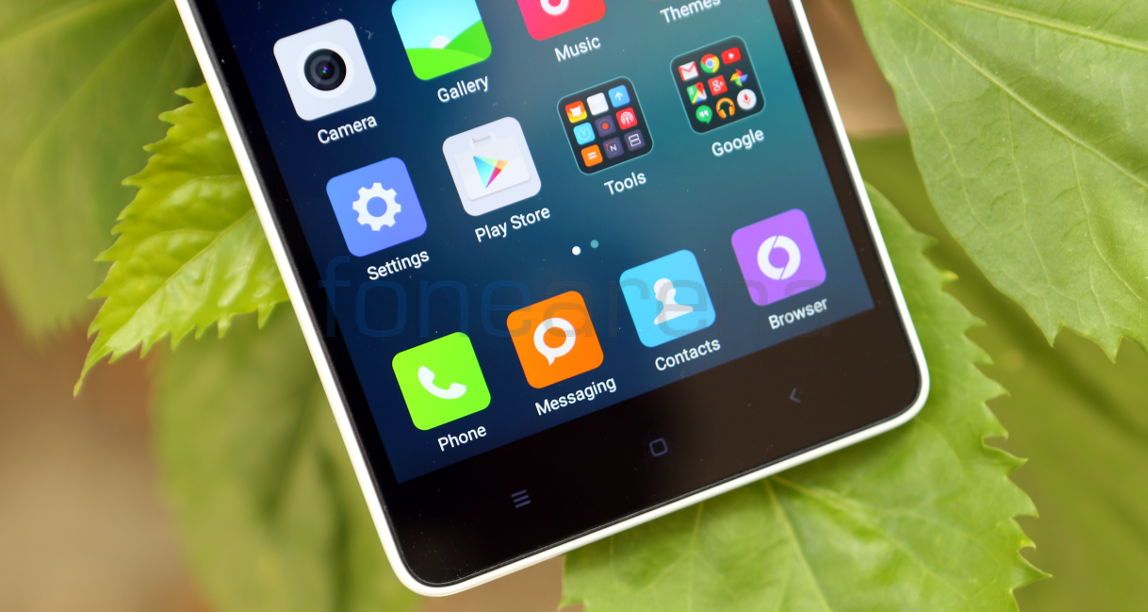 On the back you have camera module along with a dual tone LED flash and also a microphone. The camera module does not protrude out of the body on the phone but is flush with the back case of the phone.At the bottom you have the Mi branding and the speaker grill. The back cover ( non-removable) of the version we tested which goes on sale in India initially will have a soft touch matte finish but the company has plans to bring versions with a glossy back cover as well. 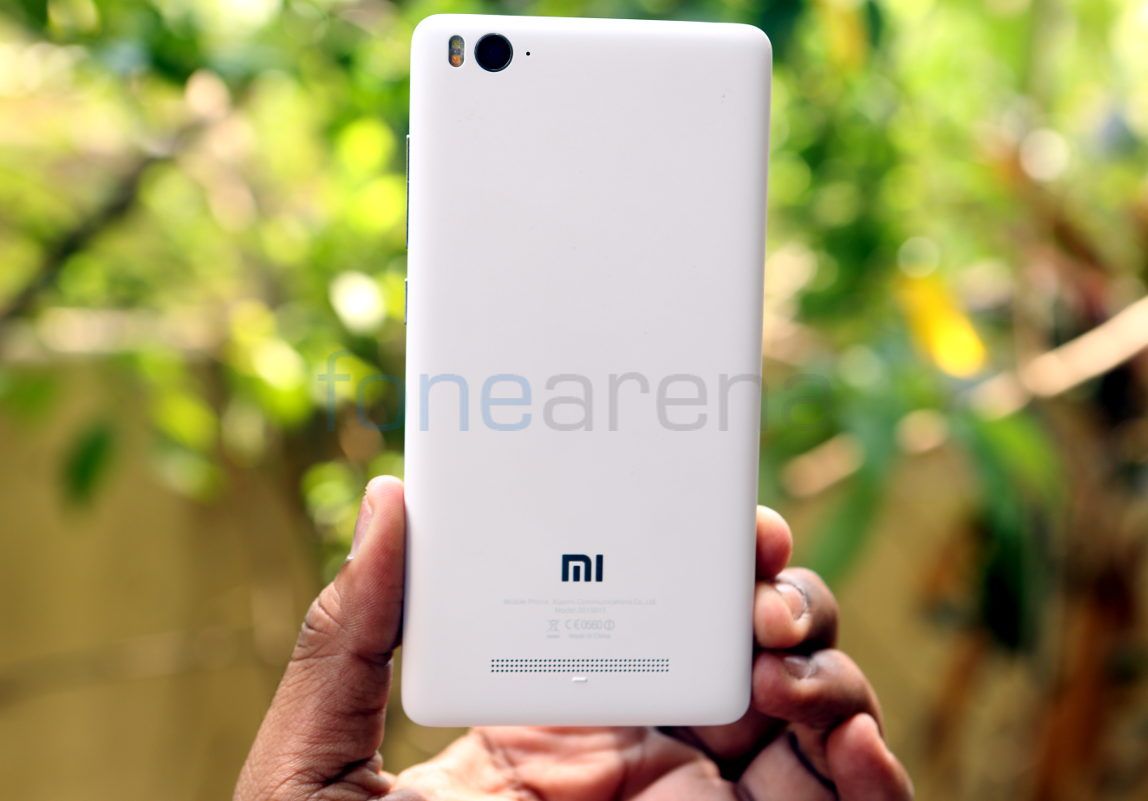 On the right side you have the volume rocker and the power/lock button. 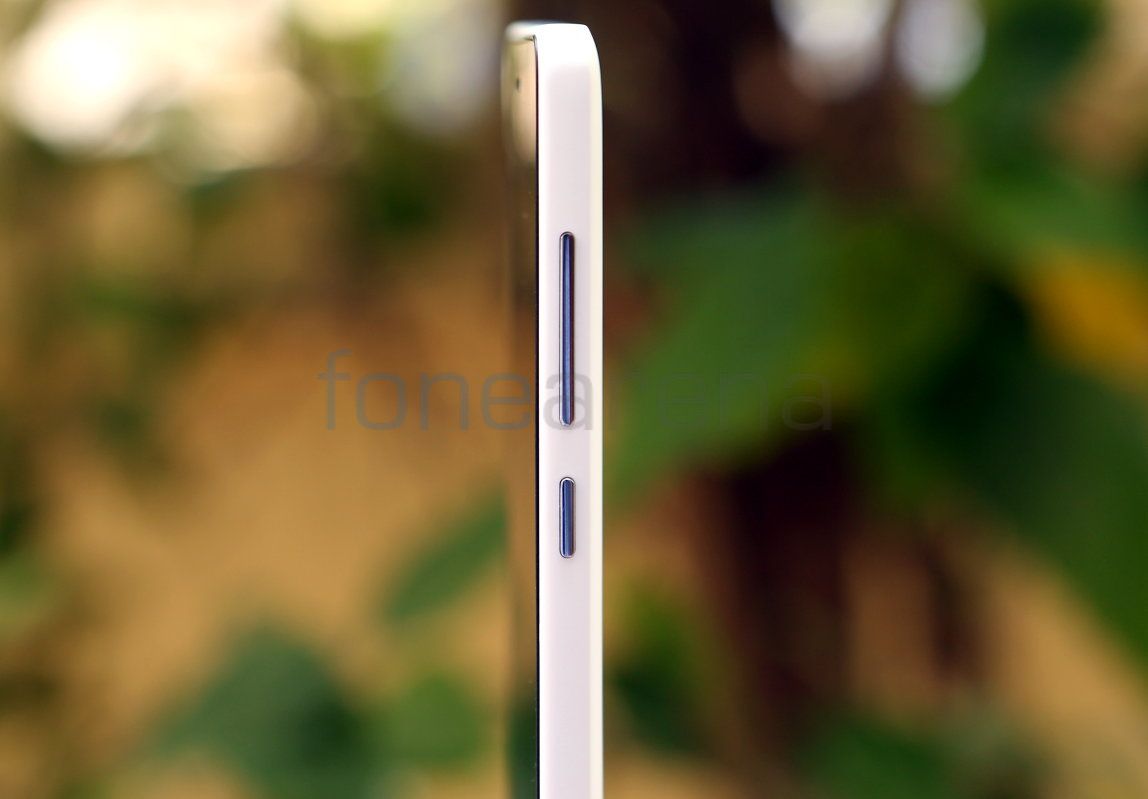 The dual micro SIM card slots are present on the left side of the phone accessible by means of a slide out tray. 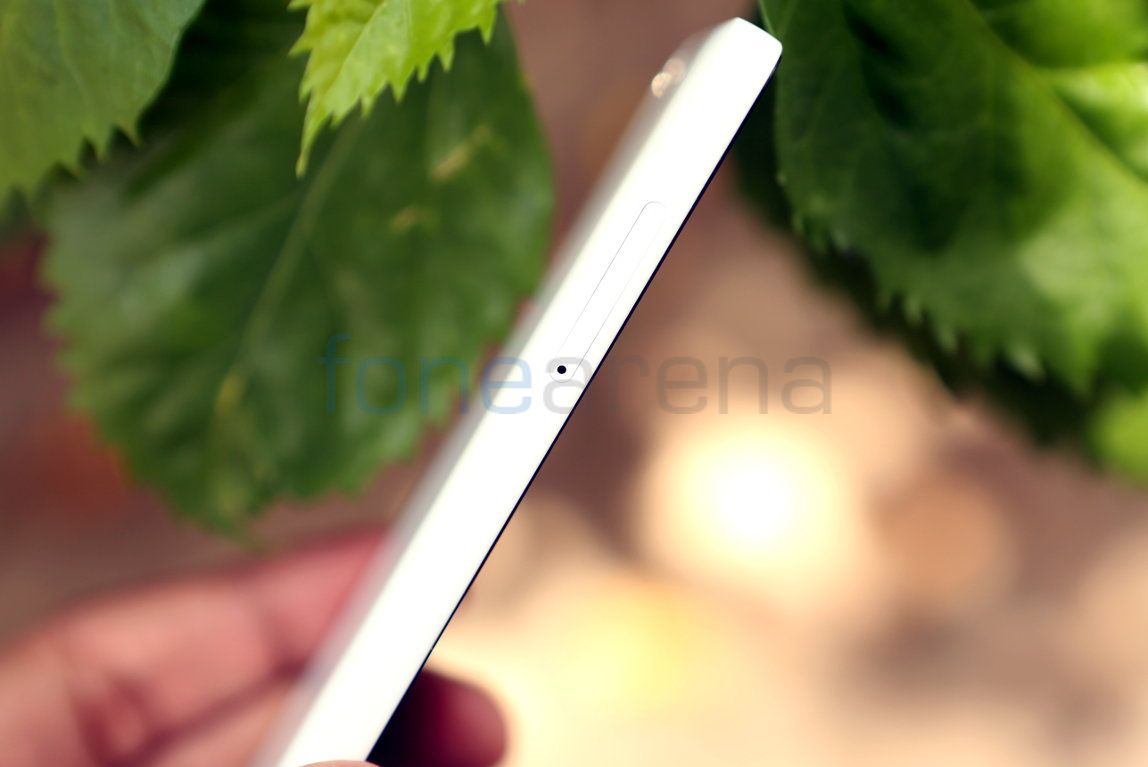 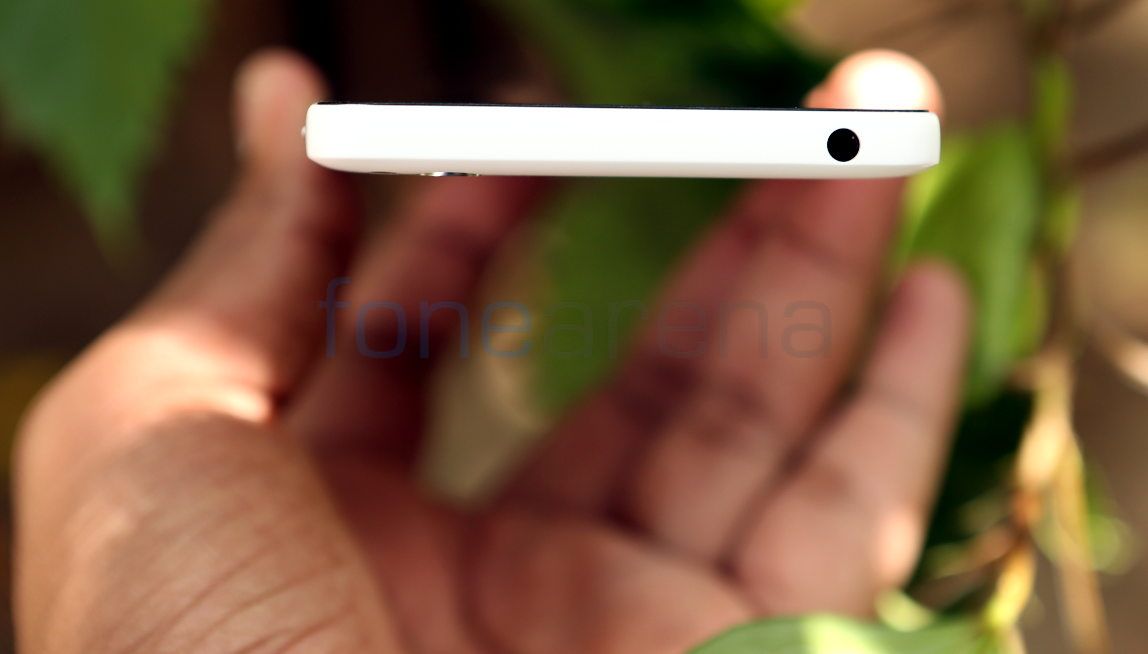 The microUSB port and a microphone are present at the bottom. 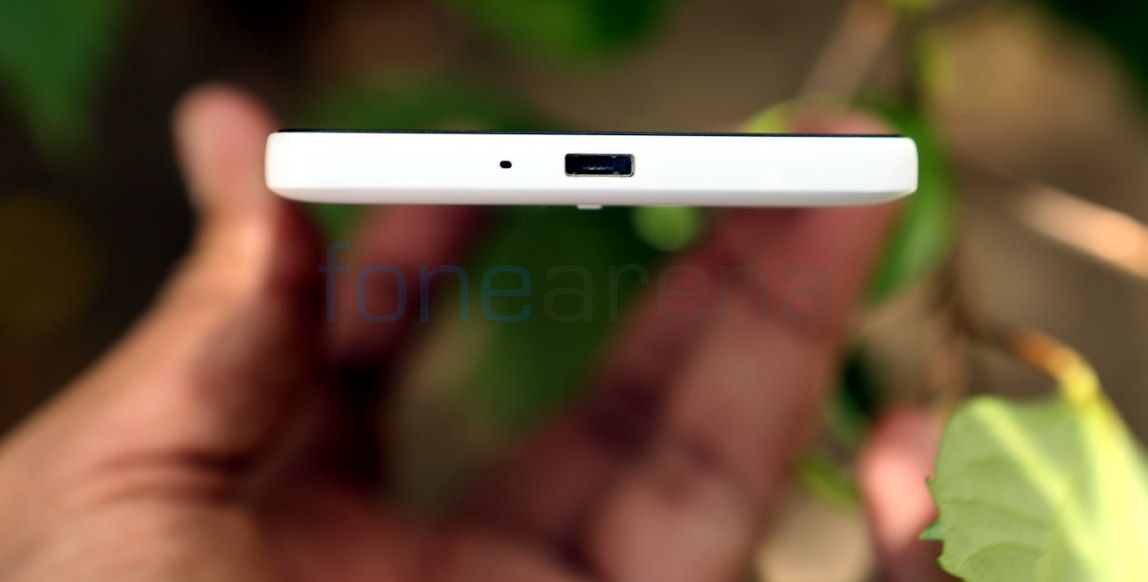 What makes Xiaomi different from other handset makers is that Xiaomi publicly acknowledges the component makers which play a part in a product. It does this for even something as simple as a power bank. The below image shows all the components which have gone into the Mi 4i and it is surely fascinating how they managed to pack everything into such a thin chassis and yet make the phone serviceable. The company had to build a dual-sided PCB for this device.During the launch we got to see none other than Hugo Barra himself doing a device tear down and showcasing the components and actually putting them back into place.

Xiaomi is pretty picky in terms of choosing components and suppliers for it’s products and they continue to have Qualcomm as a close partner. The Mi 4i packs the 2nd gen Snapdragon 615 CPU clocked at 1.7GHz which is an Octa-core CPU  found on many mid range devices. This chipset enables the phone to support 4G on both the SIM card slots. There is 2GB of RAM which the MIUI does tend to eat up quite quickly. Most often there is anywhere between 500MB to 900MB of free memory and you can free up the memory pretty easily with the built-in UI functionality. We did notice the phone gets very warm during some heavy gaming in performance mode.

Why only 16GB storage and no microSD card slot

A lot of you have been wondering why the company decided to offer only a single 16GB variant with no memory expansion when most of the competition offers an microSD card slot. The is no memory card slot as the chassis of the phone is already thin and there is . Then again with some re-arranging of components, they could some how make room for a card slot but the company seems to be against the whole idea of a card slot as it causes more pain than troubles than the additional feature it offers. Slow cards , write errors and corrupted cards can slow down the entire OS and phone despite having fast inbuilt storage. The iPhone has always been offered only with built-in storage. Samsung too made the push to built-in storage only with the Galaxy S6 and S6 Edge. On a positive note, Xiaomi does have plans to launch higher capacity variants of the Mi 4i in the future. The phone does support the USB OTG feature, so in case you want to seriously go beyond 16GB you can still store some of your data on a OTG drive. 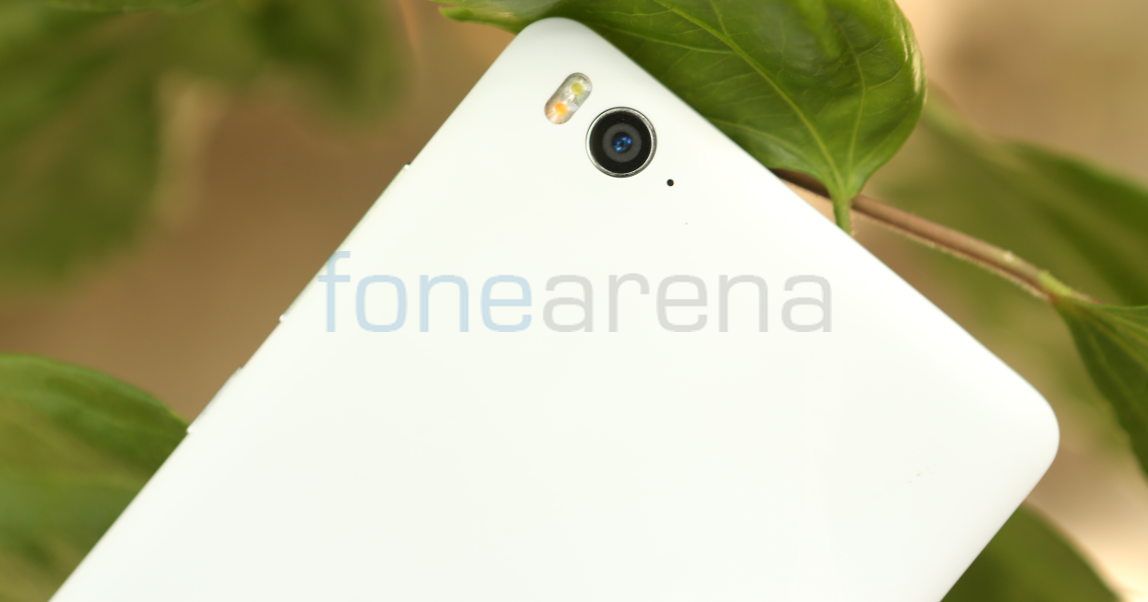 Xiaomi phones generally tend to excel in this department and the Mi 4i is no exception. They have managed to pack a 13 MP camera sensor from Sony/Samsung on the back and a 5MP front facing camera. There is a Beautify feature which is very popular in China and it enhances your selfies and hopefully makes you look more beautiful.

Here are some camera samples (click the image for full resolution sample) from the Mi 4i and also a video sample. 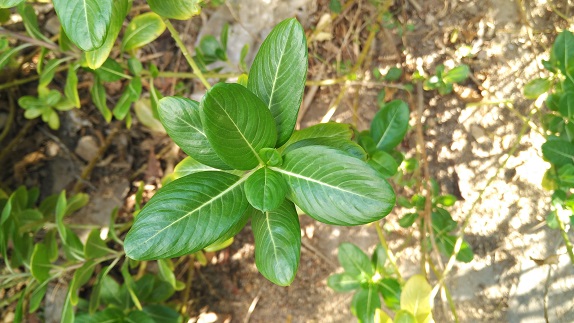 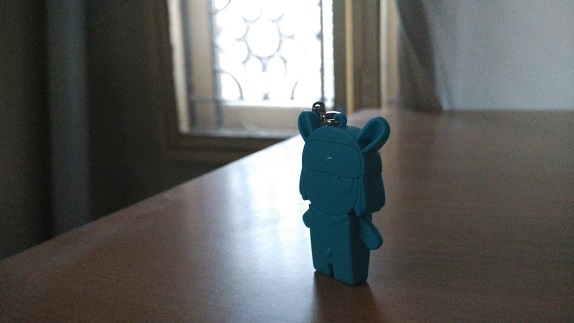 Here is our complete camera review of the phone

In terms of 4G , there is support for both FDD-LTE and TD-LTE networks. The bands supported are B3(1800 MHz), B7 ,B38,B39, B40 (2300 MHz) , B41. This device although launched in India at first is going to be making its way to more Asian markets and hence there is support for most 3G&4G bands in this region. There is support for TD-SCDMA networks for China. The device supports faster 802.11 ac WiFi networks both on the 2.4GHz and 5GHz band. There is support for Bluetooth 4.1, Wi-Fi direct and Wi-Fi display. For a mid-range device, you are getting connectivity features found usually on much more expensive devices which is impressive. FM radio is present too.

The device does get decent numbers in most benchmarks. 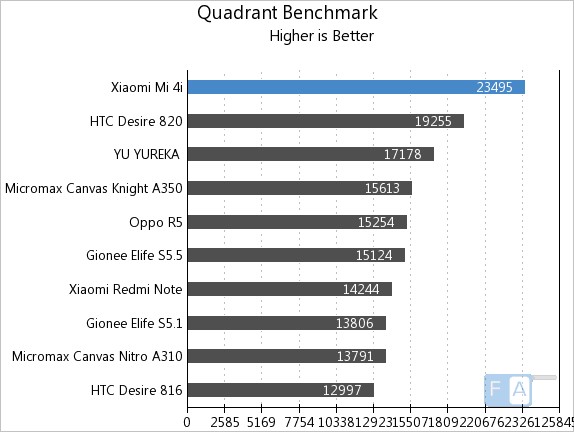 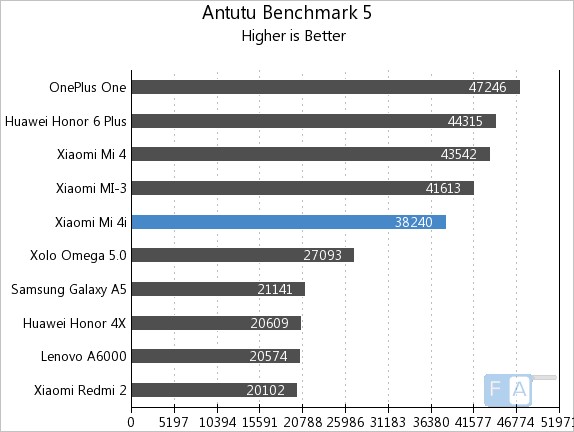 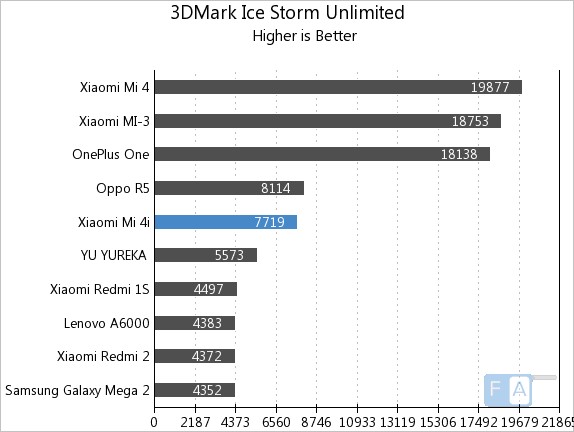 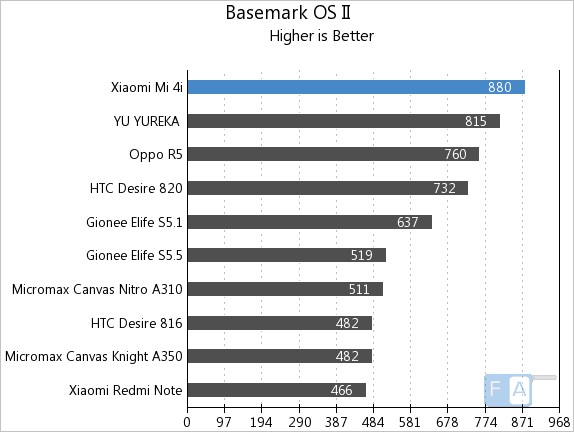 You can check out our post with all the benchmarks.

Although the Mi 4i runs on the latest version of Android 5.0 Lollipop , you can’t spot most of it as it is hidden under the MIUI 6.0 which is very similar to the RedMi 2. MIUI does provide one of the most feature rich experiences out of the box in terms of tweaks and features. One of my favorites is ability to record calls without having to even install an app. It is all built in to the ROM itself.  There is no concept of app drawer but only a bunch of home screens.

One cool feature Xiaomi has developed is Visual IVR which is currently in beta. Have you ever gotten tired of a boring voice when you call a ticket booking site or an airline to get the status of your booking or to speak to an operator ? Xiaomi is aiming to make our lives better with this nifty little feature which lets you read the IVR menu visually on the screen without having to listen to those boring voice prompts and make a selection. This feature is coming soon to Xiaomi Mi 4i devices but the unit we tested did not ship with it.

In terms of languages there is support for Bengali,Hindi,Kannada,Malayalam,Tamil and Telugu.

It is impressive how the company has managed to pack a 3120 mAh battery in a 7.8mm thick chassis. Considering 4G or even 3G is a big battery drainer, the battery capacity is bound to give you a days worth battery life.Quick Charge lets you charge the battery up to 40% in 1 hour and fully in 3 hours.The company has used a new high density battery technology to pack a high capacity battery into this form factor. There is a software setting that lets you toggle between a balanced mode which is more battery friendly and a performance mode which is more power hungry. 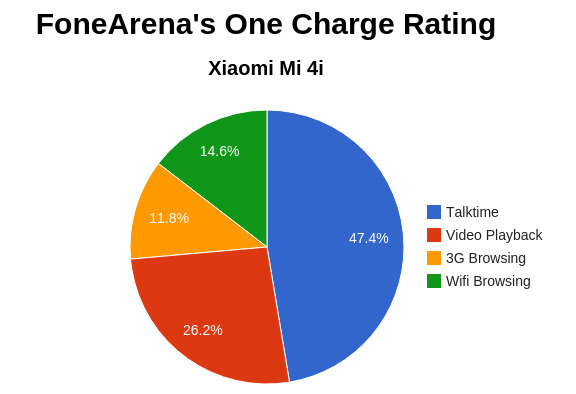 It achieved One Charge Rating of 10 hours and 54 minutes, check out the battery life test results here to know more about battery life of the smartphone.

If you are in the market for a reliable and compact Android 4G smartphone and can manage with 16GB of storage then the Mi 4i is probably one of the best phones you can buy right now for under Rs.15,000. Xiaomi’s tagline for the Mi 4i is “innovation made compact” and at a time when every other phone being launched is rather too big these days, glad to see some innovation in a compact form factor.And if you travel a lot in Asia, the Mi 4i with a Dual SIM 4G is hard not to recommend.