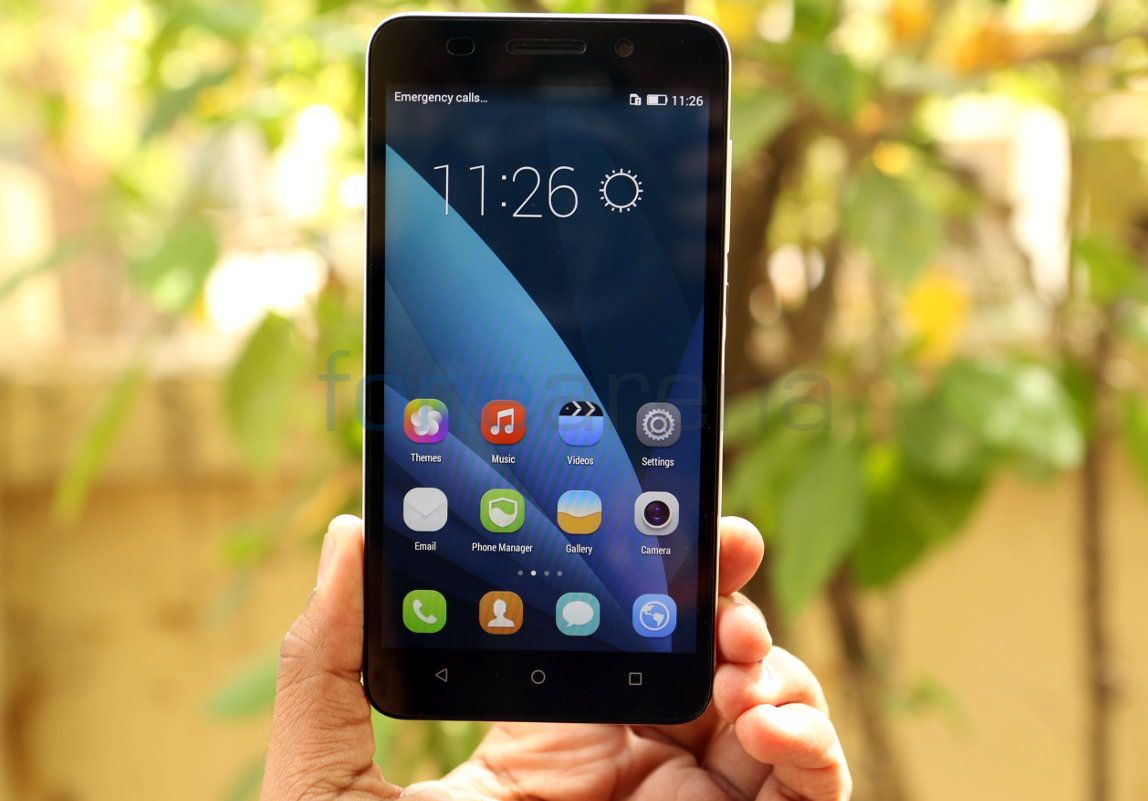 Honor, the global brand under Huawei launched the Honor 4X smartphone in India at a price tag of Rs. 10,499 last month. This is the company’s first budget 4G smartphone to launch in India and it competes with other 4G smartphones such as Lenovo A7000, Xiaomi Redmi Note 4G and YU YUREKA. Is the smartphone worth the price? Let us find out in the complete review. 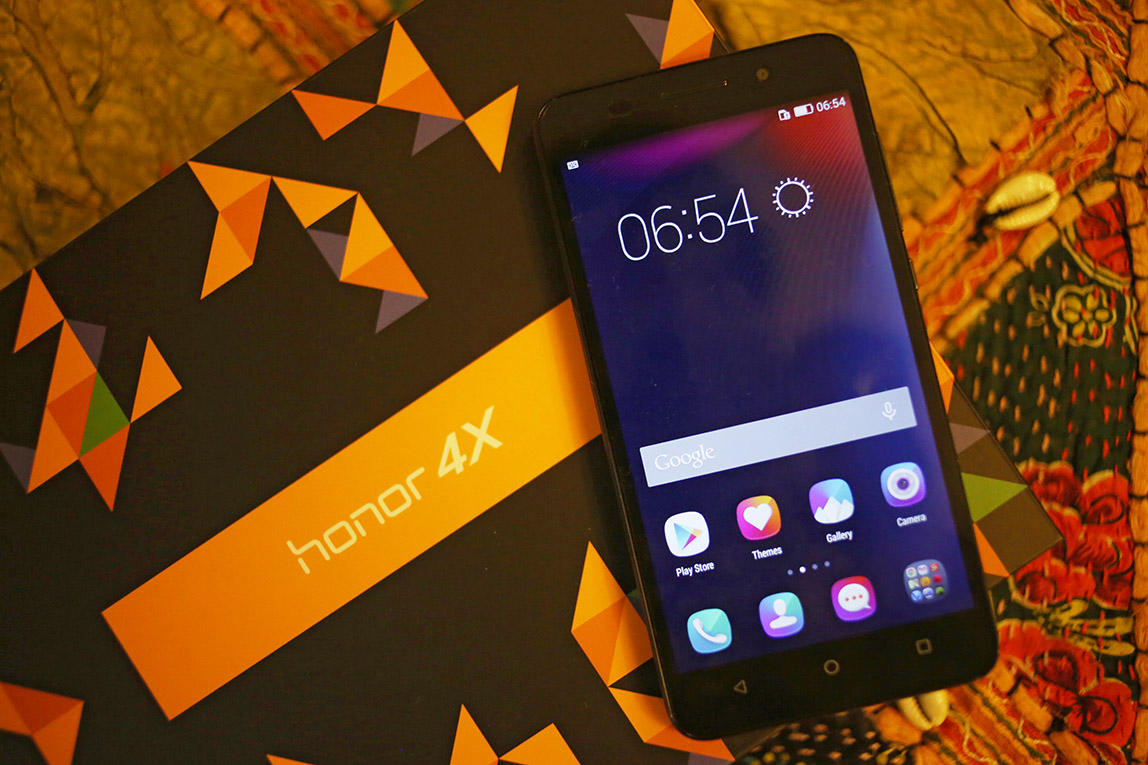 We unboxed the limited edition variant of the smartphone recently, check out the unboxing video below. 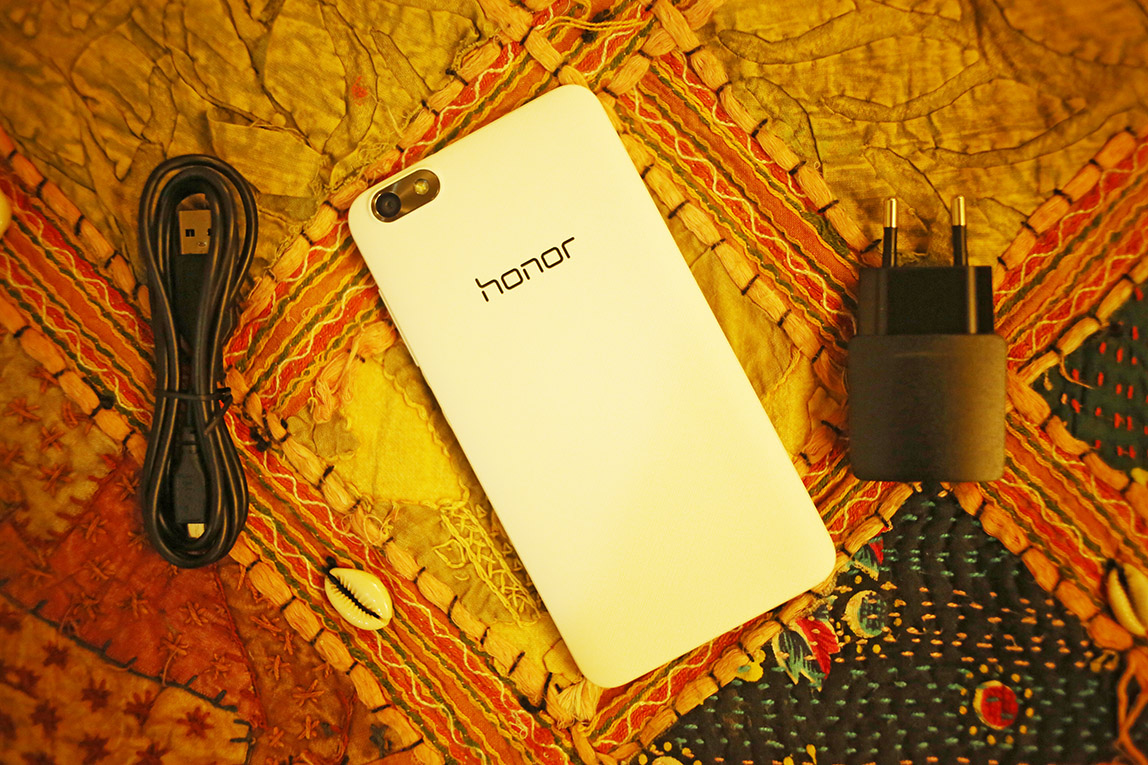 The Honor 4X limited edition variant that we unboxed comes with premium earphones, colorful back cover and a 3000mAh power bank in the box. 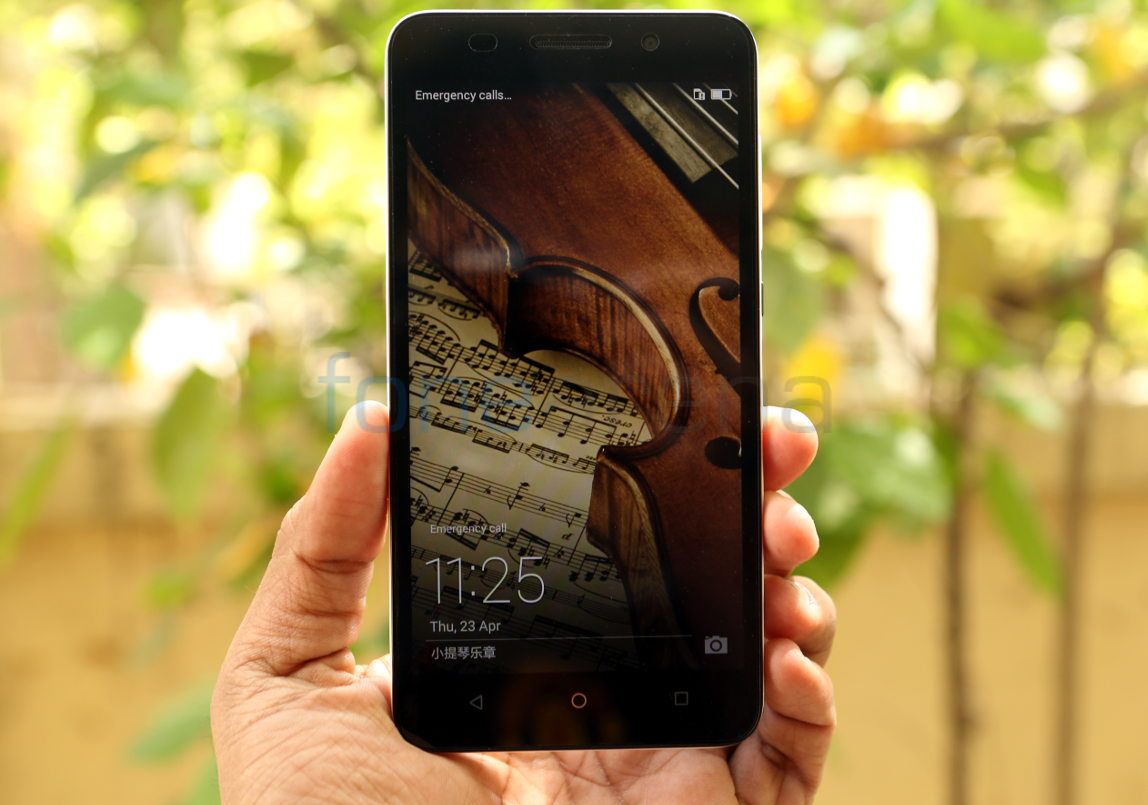 The 5.5-inch display at a resolution of 1280 x 720 pixels and a pixel density of about 267 PPI is good, even though the pixel density is low. It is bright, offers good sunlight legibility and the viewing angles are good too. Since this is fully laminated display, the air gap between the display and front glass is removed, making it thinner. It is a bit glossy, hence it attracts fingerprints easily. The company doesn’t say if this has a Corning Gorilla Glass or other toughened glass for protection.

It has a 5-megapixel camera on the front. The front camera can record videos at 720p HD resolution. The camera is good for video calls and selfies. Apart from the usual set of proximity and ambient light sensors, it also has a small LED notification light next to the sensors that is hardly visible when it’s off. 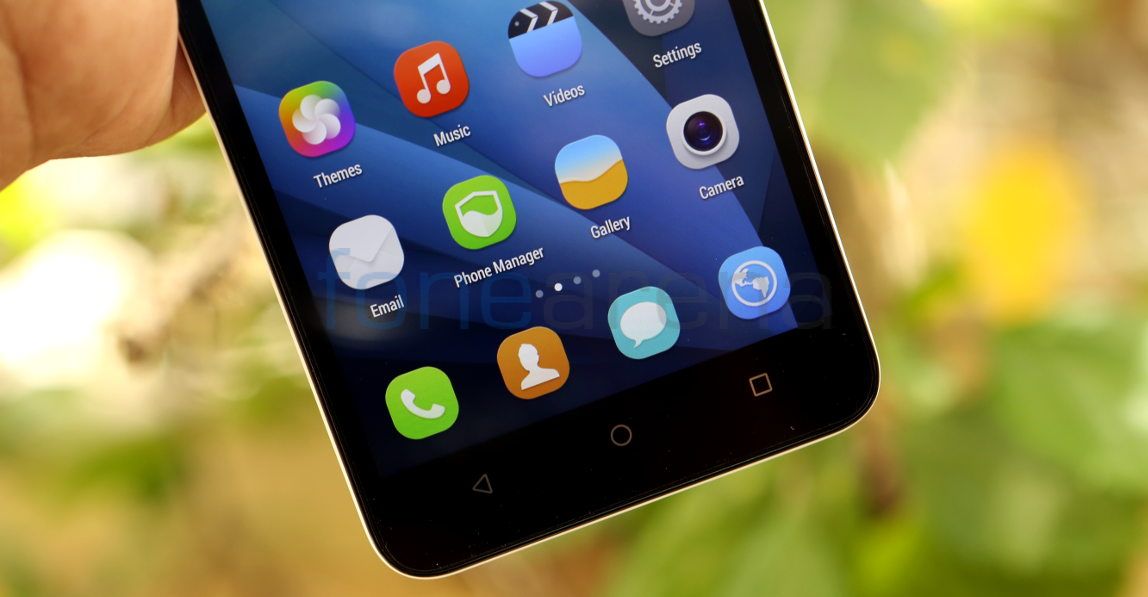 It has the usual set of capacitive buttons below the display. These are colored and offer haptic feedback when pressed, but are not backlit. 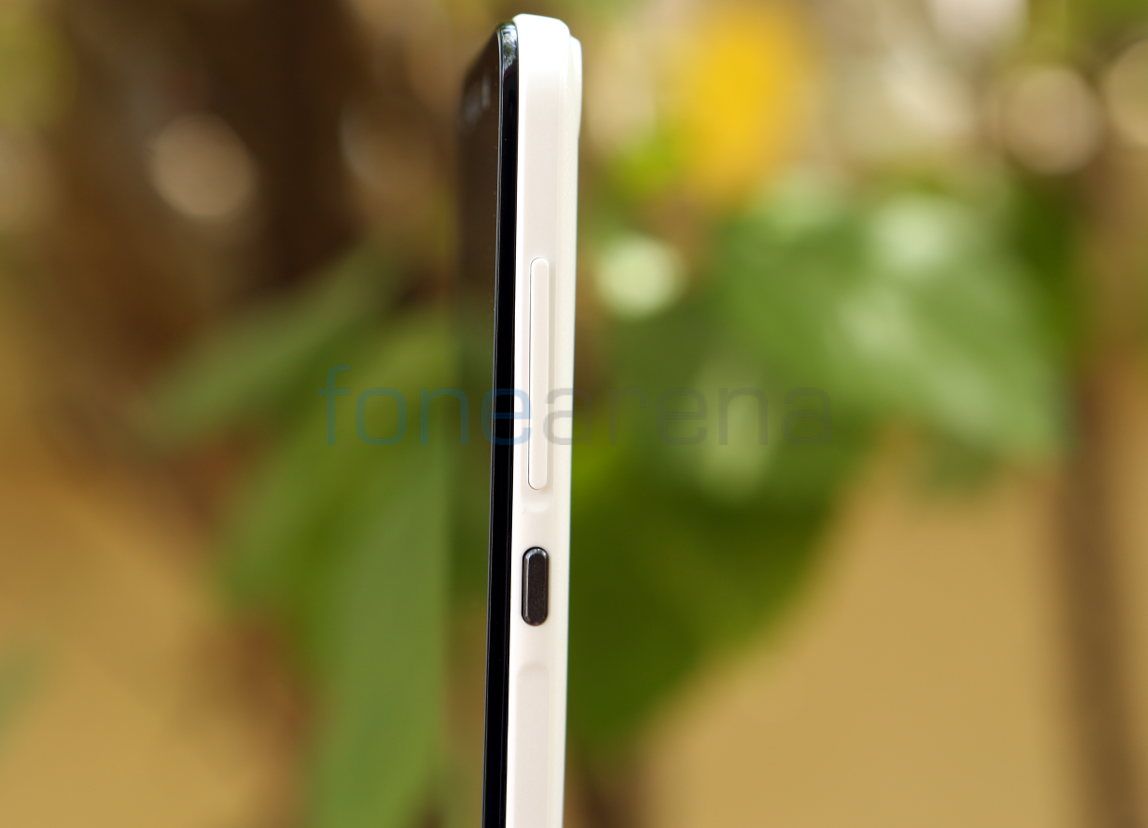 The power button and the volume rockers are present on the right side. Since sides of the smartphone are not smooth, it doesn’t slip out of your hand easily. The smartphone is just 8.7 mm thick. Width and height of the smartphone are 151.9mm and 77.3 mm, respectively, which is decent for a smartphone with a 5.5-inch screen. One-hand usage might be tough if you have small hands, but it has some software features for managing it while using important apps. There is nothing on the left side of the smartphone. On the top there is a 3.5mm audio jack and a secondary microphone. On the bottom there is a loudspeaker grill, micro USB slot and a primary microphone hole. 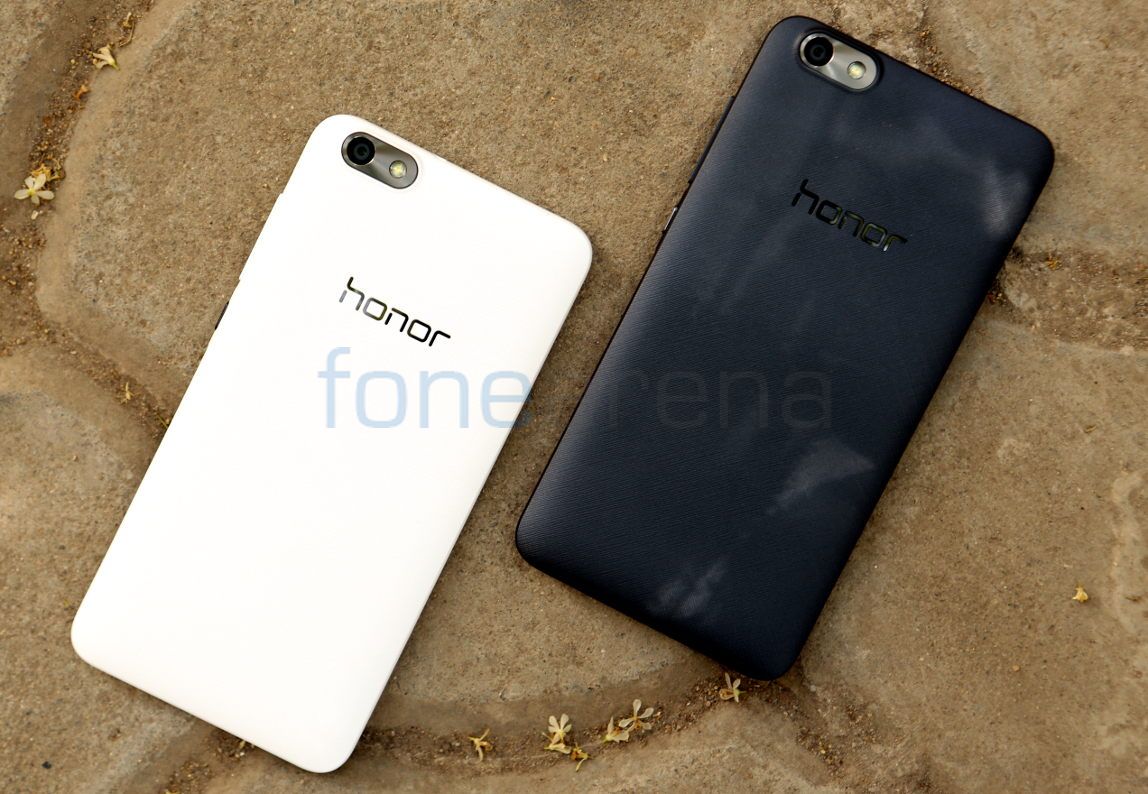 The removable plastic back cover has small patterns, offering a good feel. The smartphone comes in Black and White colors. It weighs 170 grams, bit heavy compared to some of the smartphones with a 5.5-inch screen. 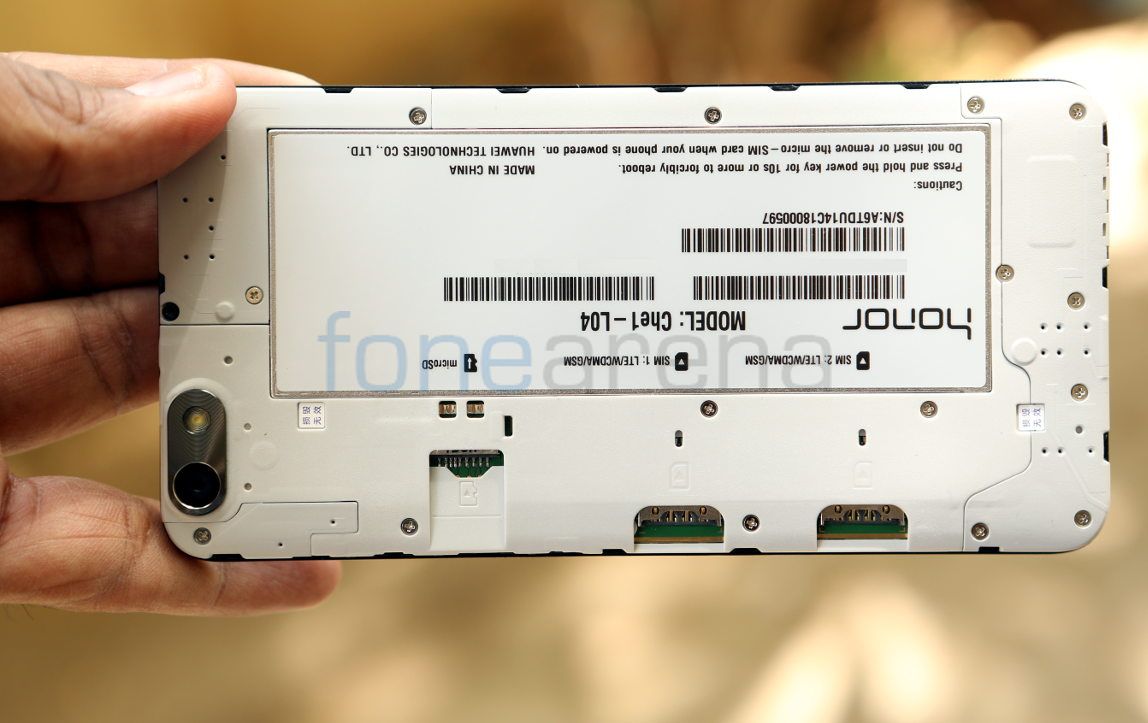 Removing the back cover reveals a huge 3000mAh built-in battery. There are two micro SIM slots and a microSD card slot on the side, next to the battery. The phone needs to be restarted every time you insert of remove the SIM cards. 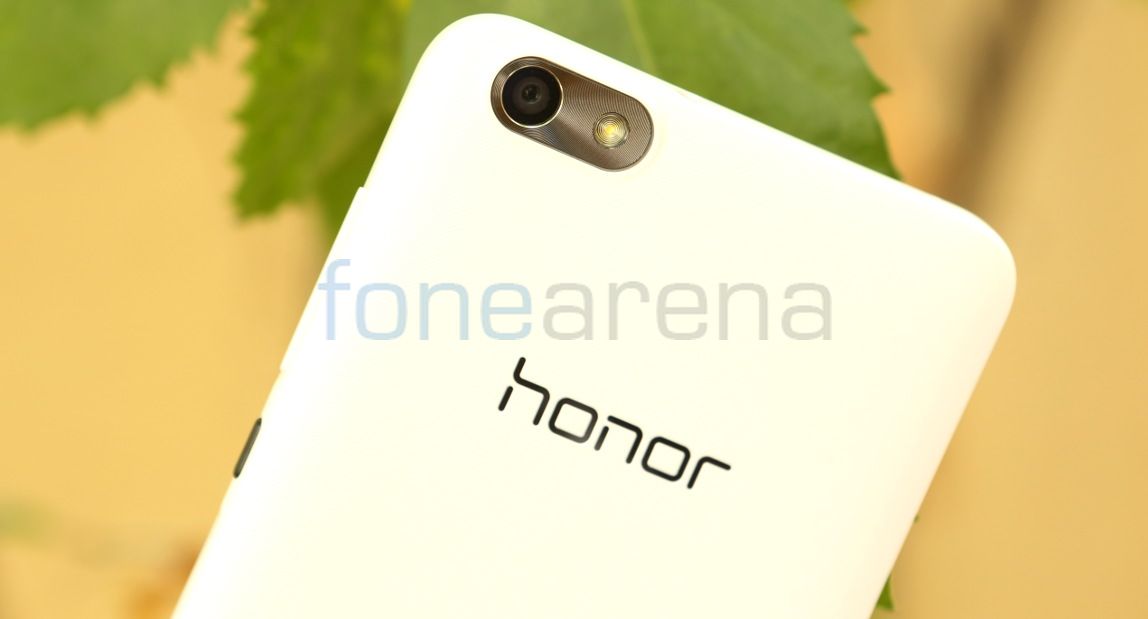 The 13-megapixel rear camera with single LED flash, BSI sensor, f/2.0 aperture and 27mm wide-angle lens is decent, but it could have been better. Daylight were decent with vibrant color output, but images were not sharp. Some images were dull in cloudy conditions. Macro shots were good too and the object tracking feature lets you focus an object even when you move the phone. HDR shots were average. Low-light images in dark conditions, especially indoors had a lot of noise, but the LED flash is good. 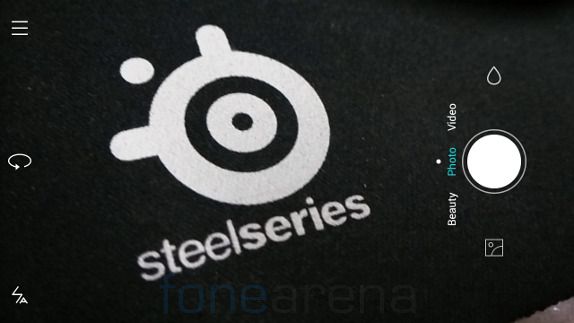 Check out the camera samples below (Click the image to view the full resolution sample). 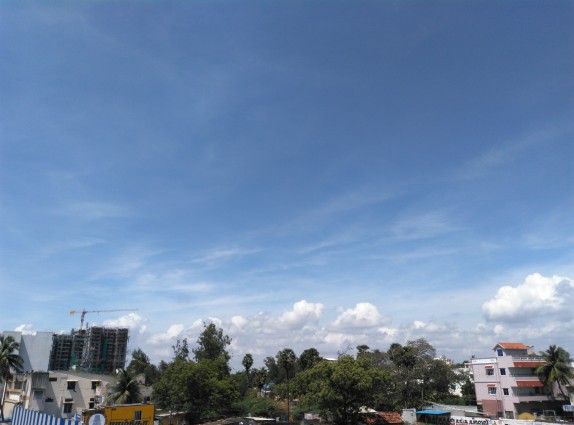 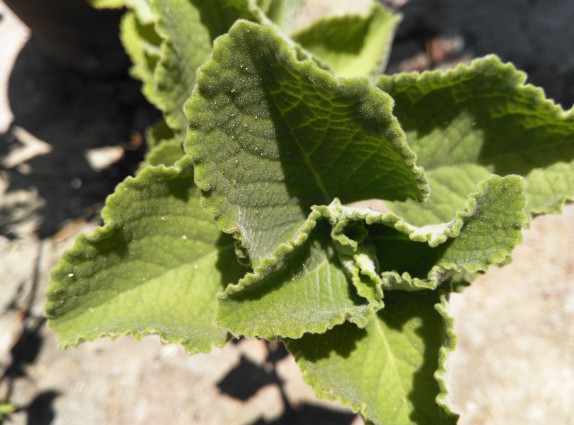 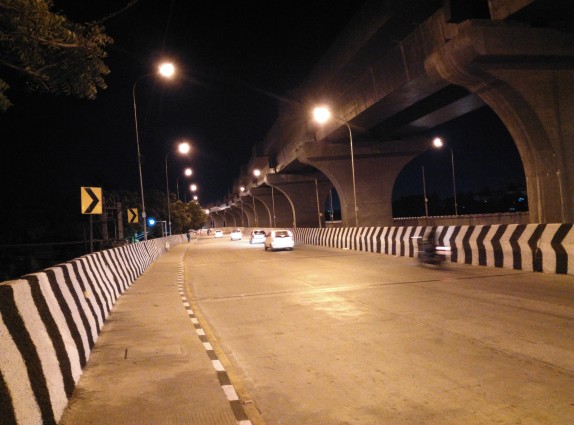 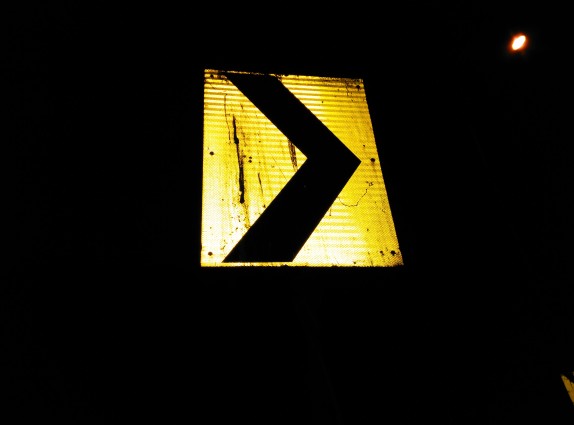 Check out the complete set of Honor 4X camera samples here. It can record videos at 1080p resolution at 30fps. Audio quality is good, thanks to the secondary microphone and the video was decent. Check out the 1080p video sample. 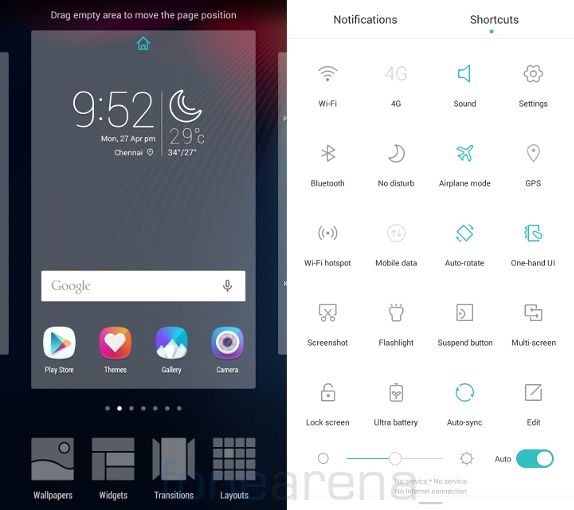 The Honor 4X runs on Emotion UI 3.0 based on Android 4.4.4 (KitKat). The new Emotion UI 3.0 has flat user interface, which looks better compared to the Emotion UI 2.0. The company doesn’t say when the smartphone will get the Lollipop update. There are several features including themes, transitions and enhanced quick settings with several options.

Since the phone has a large screen, there is an option in quick settings menu for One-handed operation. You can move the screen lock, dialer or the keyboard to the left of right for accessing it comfortably while holding the phone in a single hand. 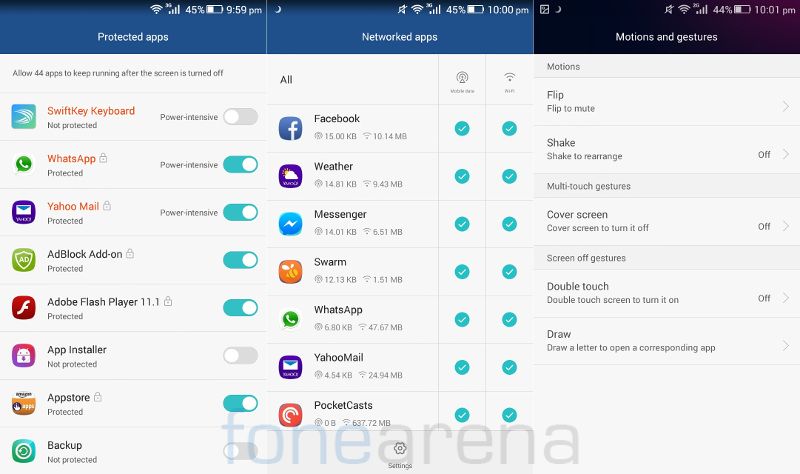 Protected apps and Networked apps are useful features. Protected apps lets you close the app automatically once the screen is turned off. This lets you save power by preventing apps like keyboard from running in the background. Networked apps lets you prevent apps from using data or WiFi. It has Motion and gesture feature that lets you flip the phone to mute incoming calls and alarms. Other features include, Shake to rearrange app icons, cover the screen using your palm to turn it off, double touch to turn on the screen and draw letters on the locked screen to launch the corresponding application. 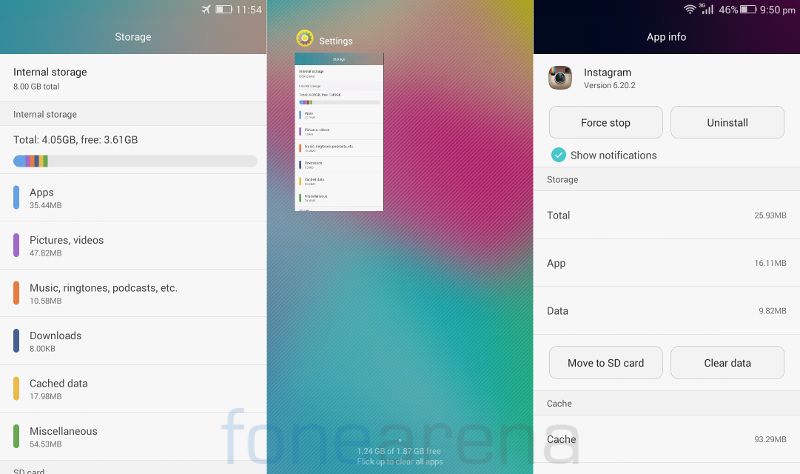 Out of 8GB of internal storage you get 4.05GB of usable storage, which is less considering the price tag. Out of 2GB of RAM, you get 1910MB of usable RAM. About 1.24GB of RAM is free when the default apps are running in the background. You can move compatible apps to the SD card. 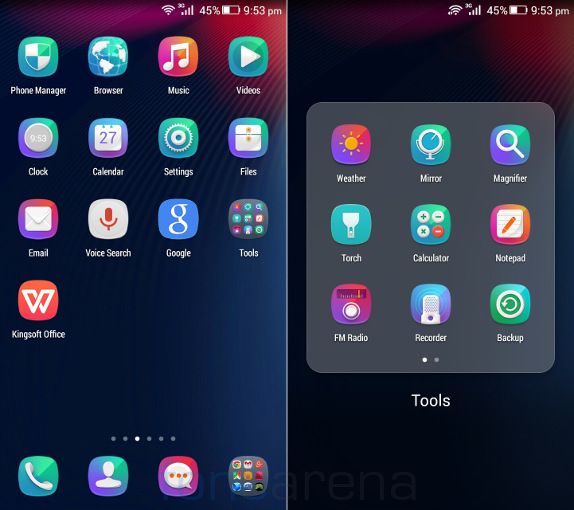 Apart from the usual set of Google Apps and utility apps, the smartphone comes with Kingsoft Office, which is the only third-part app. There are some interesting utility apps such as Mirror that uses the front-facing camera to look at your face and magnifier that uses the phone’s rear camera to zoom into an object. 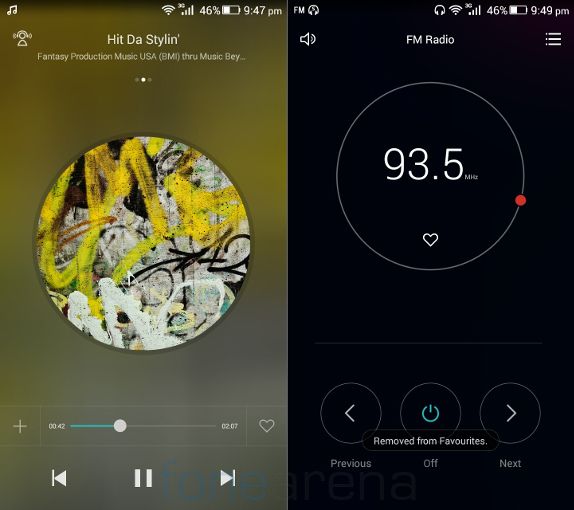 The music player is simple. You can enable the equalizer for Bass boost and 3D effect features when you are listening using earphones. It also has FM Radio. Output through loudspeaker is not impressive and audio through the headset is decent. 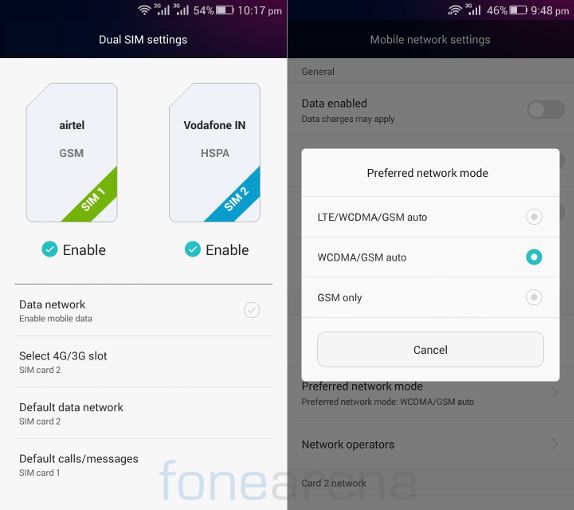 It has SIM manager option that lets you set a default SIM. Both the SIMs support 4G LTE, but you can use 4G on only one SIM while the other is in 2G. Connectivity features include, 3G HSPA+, Wi-Fi 802.11 b/g/n, Bluetooth 4.0 with A2DP and GPS. It lacks USB on-the-go (OTG) support. 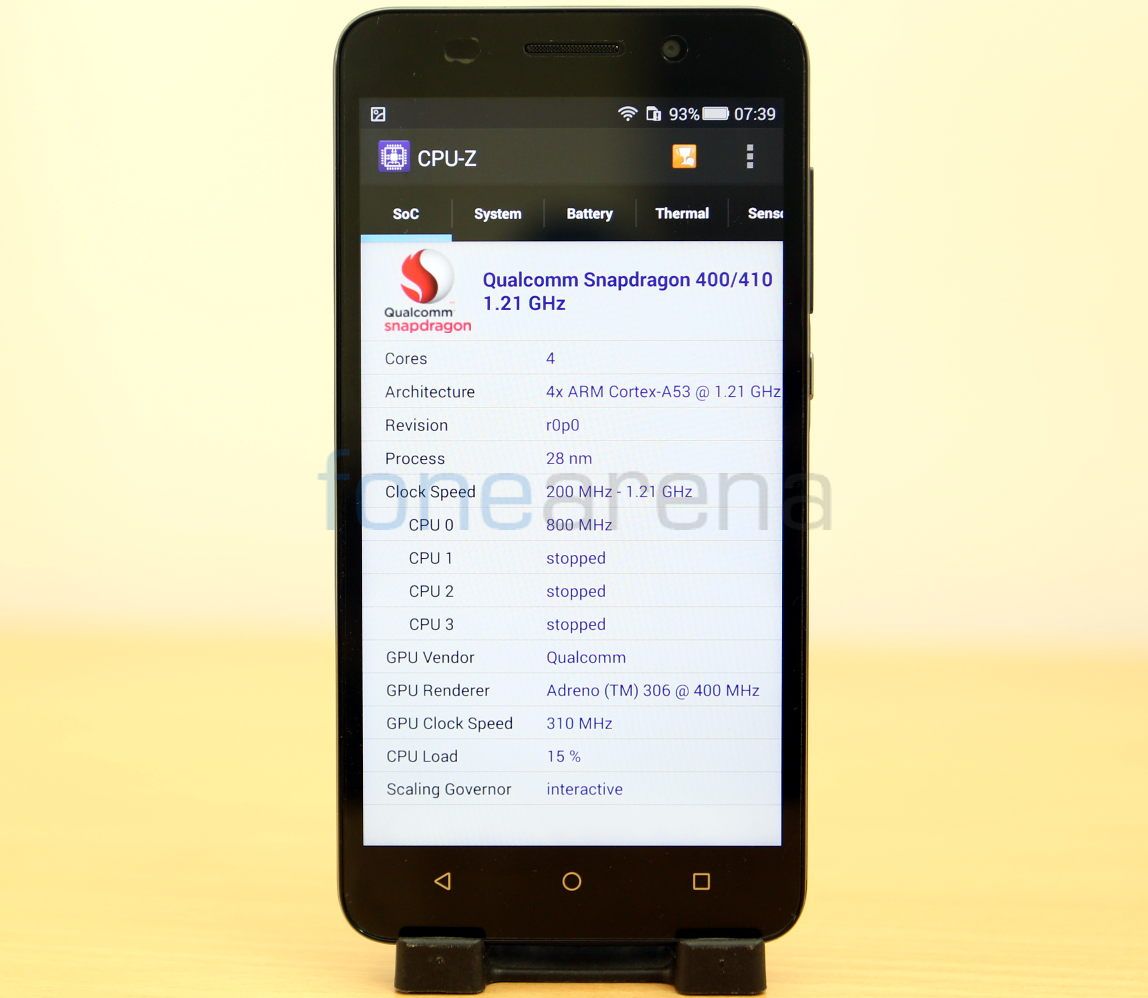 It is powered by a quad-core Snapdragon 410 (MSM8916) SoC that has four ARM Cortex-A53 CPUs clocked at 1.21 GHz per core and has Adreno 306 GPU clocked at 400MHz. The performance is smooth without any lags, thanks to 2GB RAM multitasking is smooth too. Check out some synthetic benchmark scores below. 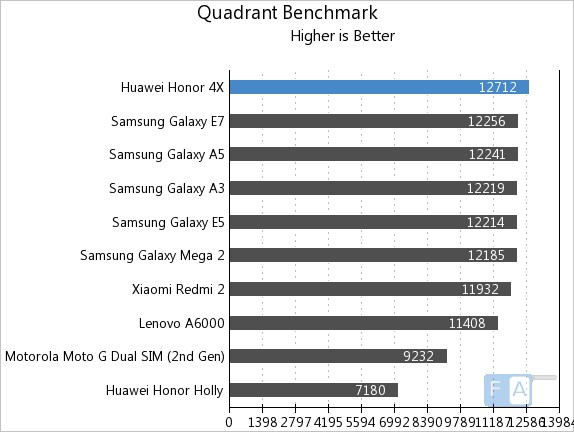 It scored 12712 points and topped the Quadrant Benchmark compared to other Snadpragon 410-powered smartphones. 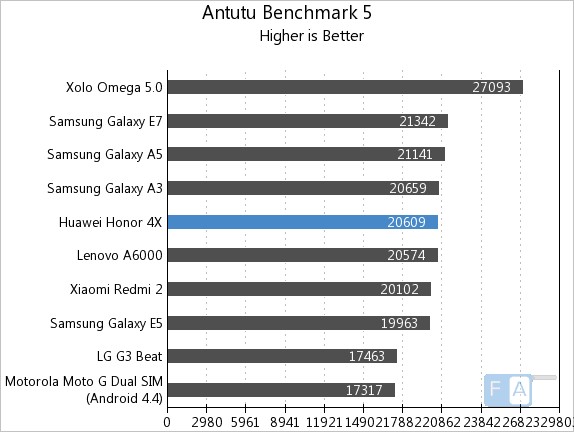 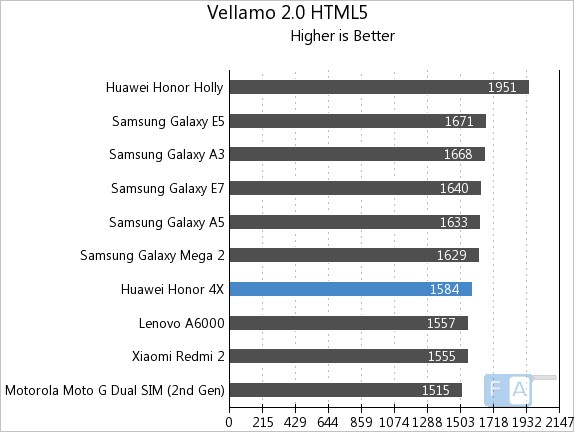 It managed to score 1584 points in the Vellamo 2 HTML5 browser benchmark. Check out the complete set of Honor 4X benchmarks here. The gaming performance is not impressive since it has occasional lags and frame drops in some high-end games since the GPU could not handle it. Check out the gaming review. 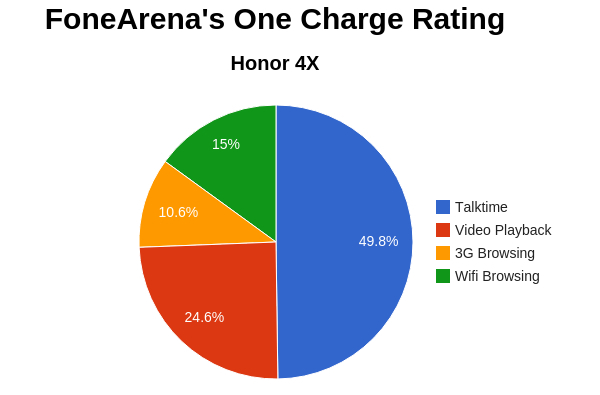 The 3000mAh battery offers brilliant battery life. It lasts for more than a day even with heavy use with both the SIM cards enabled. With minimal use it will last for two days. In our battery test, the smartphone achieved One Charge Rating of 16 hours and 40 minutes, mainly due its impressive talk time and video playback ratings. There are normal, smart and ultra power saving modes. Normal mode adjusts CPU and network usage to maximize performance, Smart mode adjusts these two for balanced performance and the Ultra mode offers basic call and message functions.

Overall, the Honor 4X is good among the budget 4G smartphones available in India. At Rs. 10,499 it’s bit costly compared to the Yu Yureka that offers better performance and more internal storage, but the Honor 4X offers better battery life. Even though the smartphone was initially launched through flash sales on Flipkart, it is now available for purchase immediately on Flipkart. The company also sells the limited edition variant of Honor 4X with power bank and earphone bundle at the same price on Flipkart for a limited period occasionally. The phone comes with 15 months manufacturer warranty and the company offers warranty even if the phone is rooted.

If you are looking for a 4G smartphone with a large display and really good battery life around Rs. 10,000, the Honor 4X is a good choice. To summarize, here are the pros and cons of the smartphone.