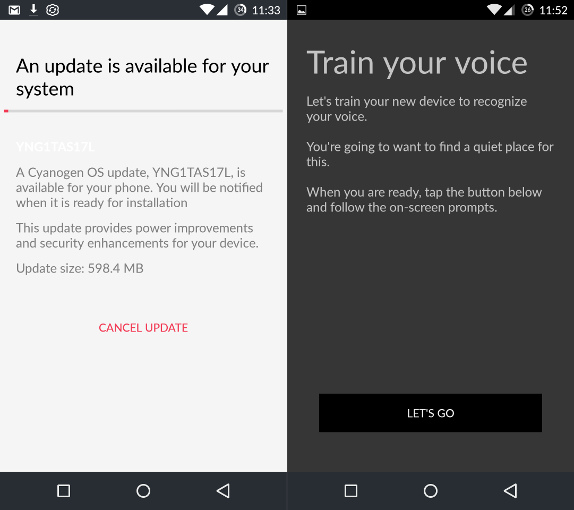 OnePlus has started rolling out Cyanogen OS 12 update based on Android 5.0.2 (Lollipop) last week. The company’s director Carl Pei recently said that the company has paused the roll out to add Ok OnePlus feature, today it started rolling out a new update, YNG1TAS17L that adds this feature along with improvements and security enhancements. 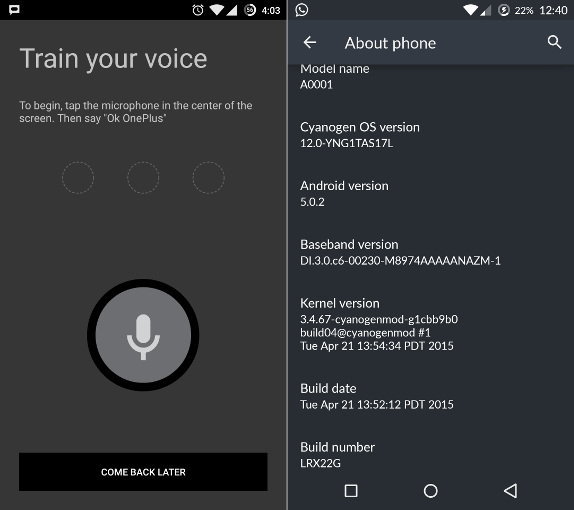 Once the update is complete, it will ask you to train your voice for Ok OnePlus voice command. This lets you unlock your device with your voice. It should also fix several other bugs that were present in the previous build.

The new Cyanogen OS update for the OnePlus One is 598.MB and is currently rolling out over-the-air (OTA). The build number is the same, but it is dated April 21st.