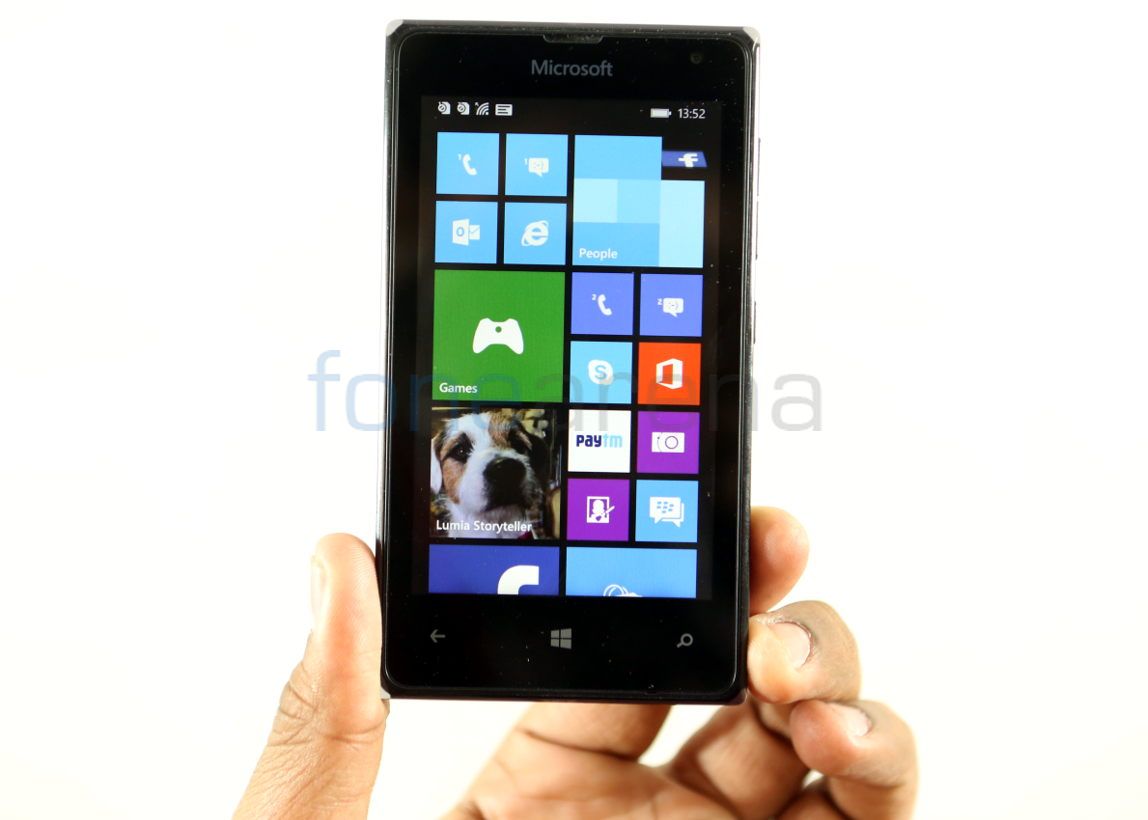 Microsoft announced the Lumia 532 Dual SIM smartphone along with the single SIM variant earlier this year. It was launched in India in February at Rs. 6,499. As a successor of last year’s Lumia 530, the Lumia 532 has more (1GB) RAM, more internal storage and a front-facing camera. Is the smartphone worth the price? Let us find out. 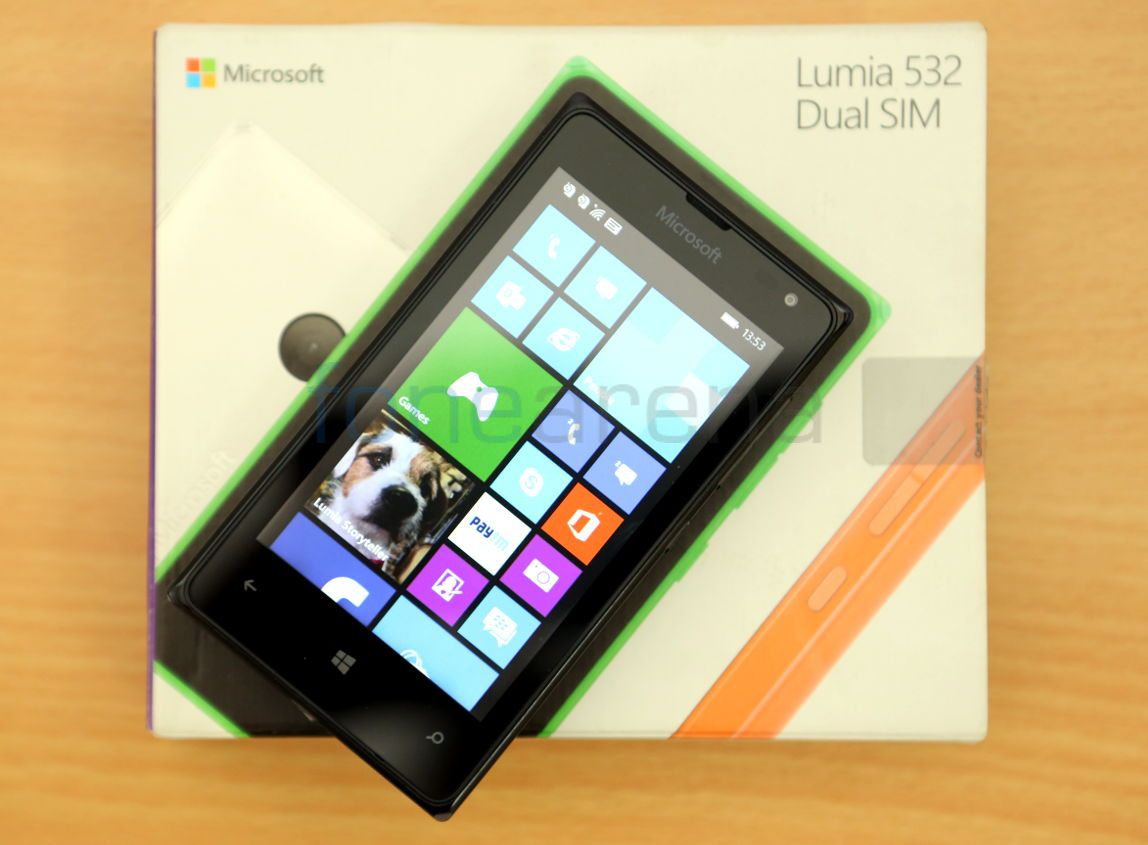 We unboxed the smartphone recently. Check out the Microsoft Lumia 532 Dual SIM unboxing below. 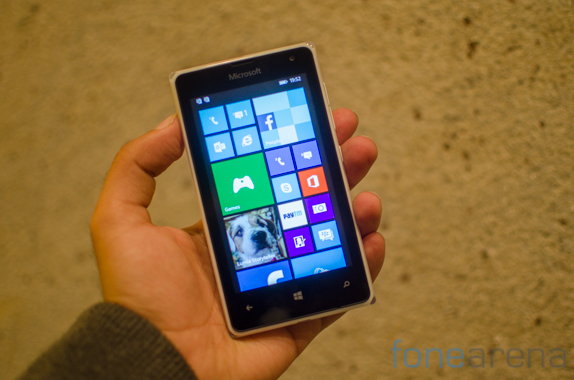 The 4-inch (800 x 480 pixels) WVGA LCD Transmissive with a pixel density of 233 ppi is just average. This display is bright and the colors are decent, but the viewing angles are limited and sunlight legibility could have been better. There is a VGA camera on the top along with the usual set of proximity and ambient light sensors, which were not present in the Lumia 530. These are really good improvements. There is a Microsoft logo on the top, which replaces the Nokia logo. You can’t expect much from the VGA camera. Capacitive touch buttons for back, home and search that were absent in the Lumia 530 are back. These are not backlit, but offer haptic feedback when pressed. 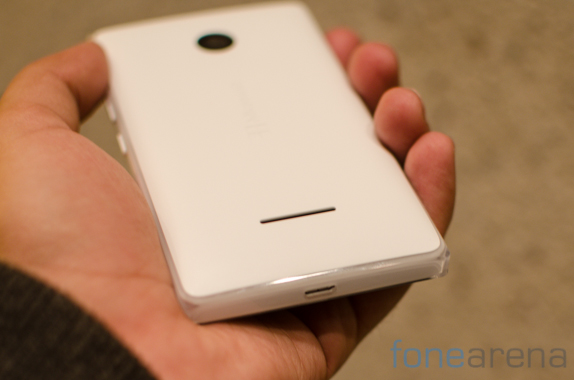 The smartphone has a transparent design on the sides that reminds us of the Nokia Asha 500 series. The build quality is solid and the phone is compact to hold. 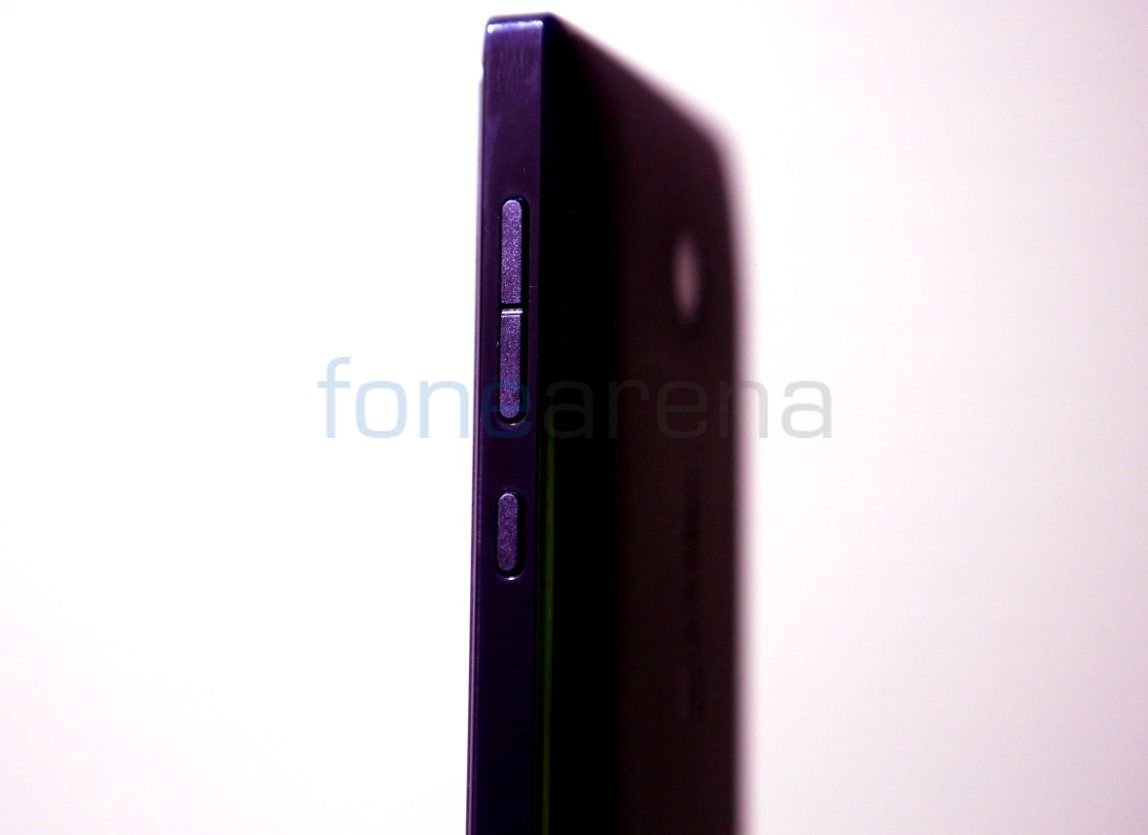 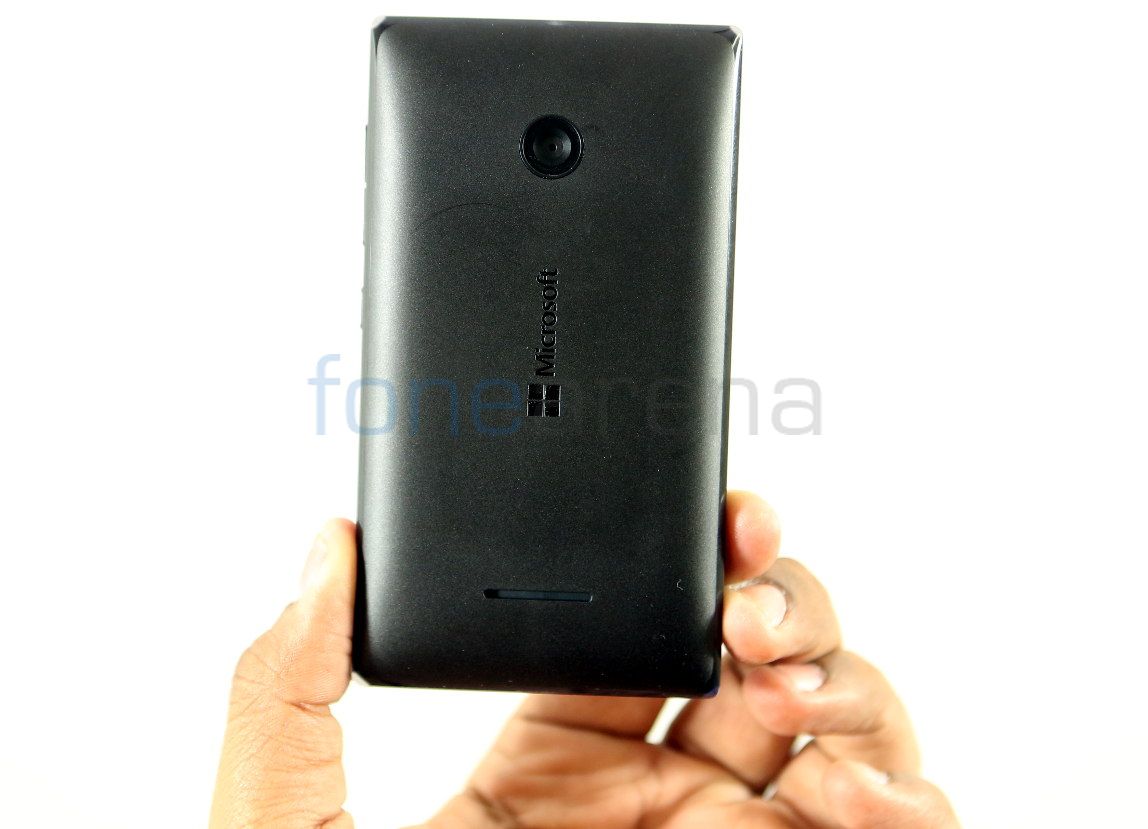 On the back there is a 5-megapixel fixed-focus camera without flash. There is a Microsoft branding in the center and a loudspeaker grill below that. Overall the build quality is solid and the smartphone doesn’t slip out of your hands easily. Apart from the Black and White colors, the Lumia 532 Dual SIM also comes in attractive bright green and bright orange colors. 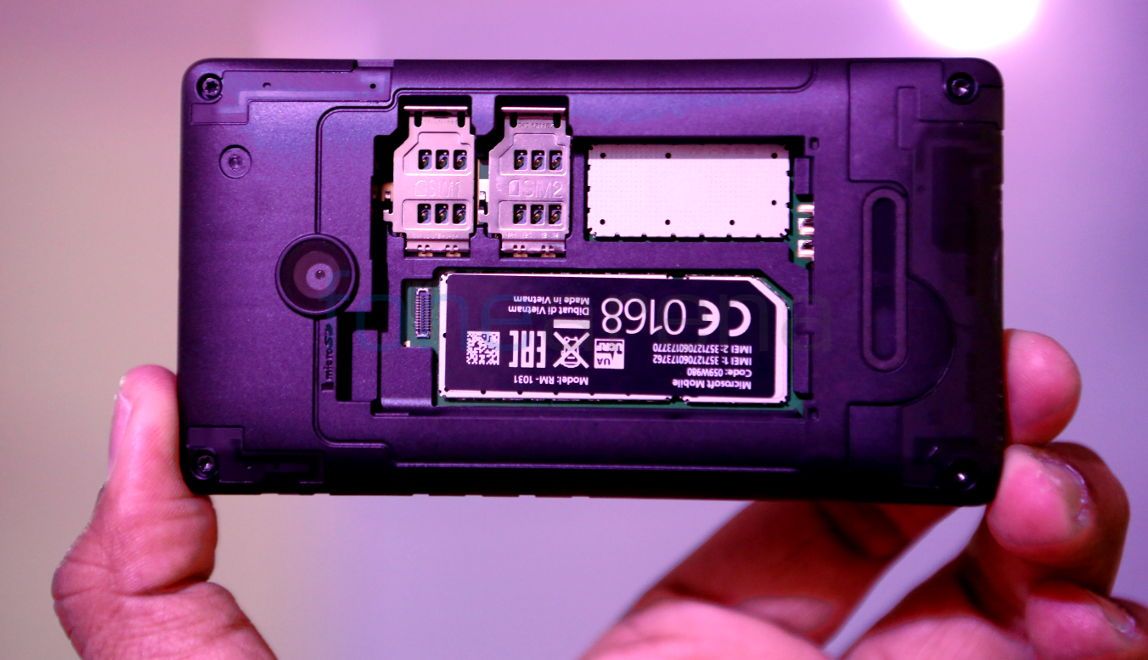 The back cover is a bit hard to remove since it locks in its place tightly. The 1560mAh battery must be removed to insert the micro SIM cards. There is a microSD expansion slot next to the camera module that accepts cards up to 128GB, according to Microsoft. 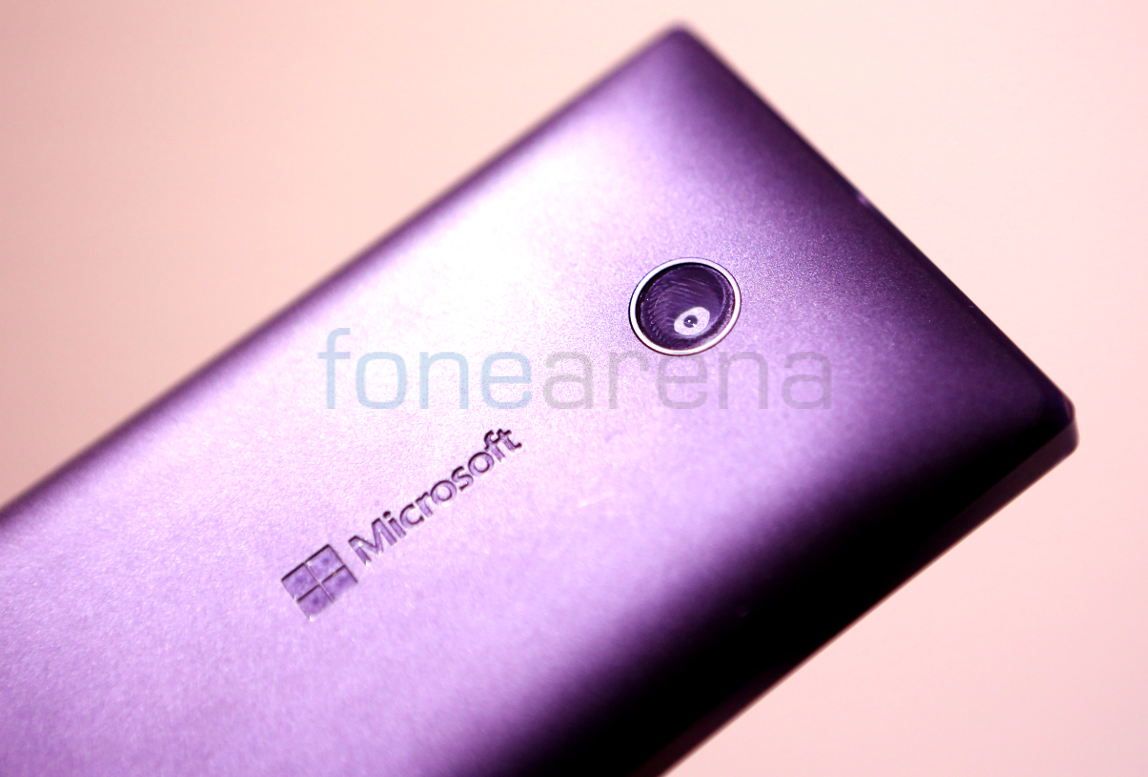 The 5-megapixel fixed-focus camera with f/2.4 aperture captures decent shots. Lumia Camera is the default camera and the Lumia Denim has improved the image processing a lot. Lumia Camera offers easy options to adjust ISO, White Balance and Shutter Speed manually from the menu on the top. Daylight shots are good, even low-light shots are decent, but it has a lot of noise since it lacks a flash. You can’t capture macro shots since it is a fixed-focus camera. For the price Microsoft could have offered a flash since most entry-level Windows Phone from other OEMs have flash. Check out some camera samples below (Click the image to view full resolution sample) 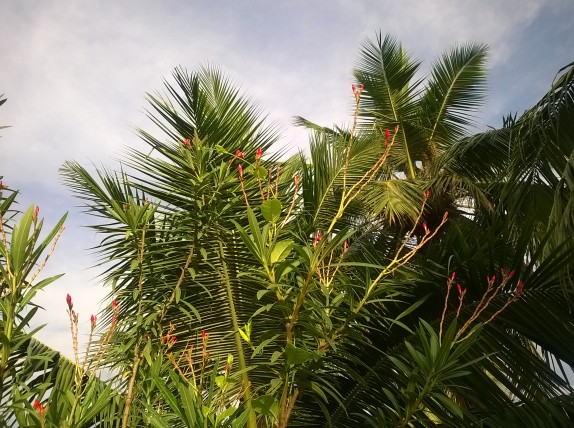 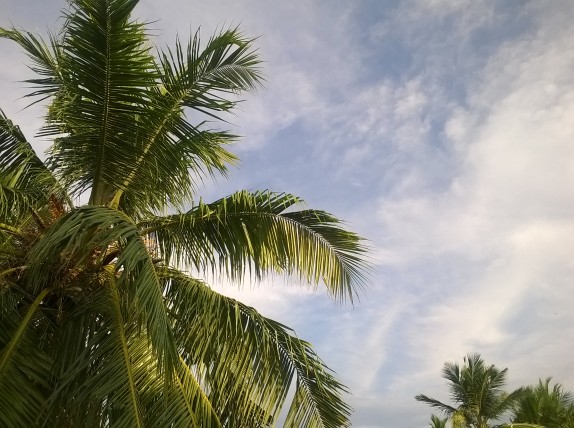 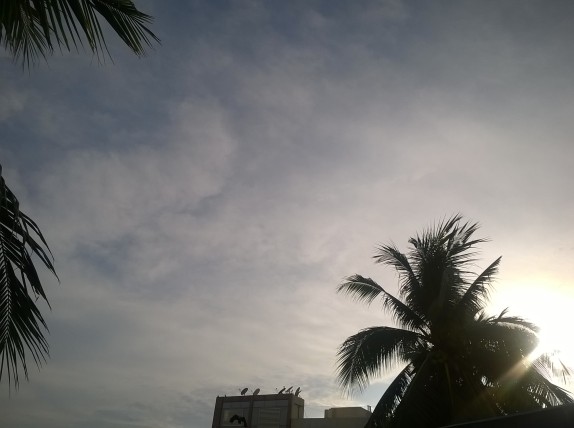 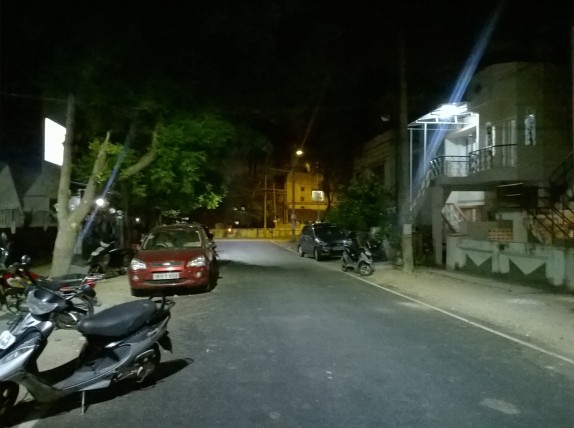 It can record videos at 848 x 480 pixel resolution at 30fps. Video quality is decent for a 5-megapixel camera, but it doesn’t offer much details. 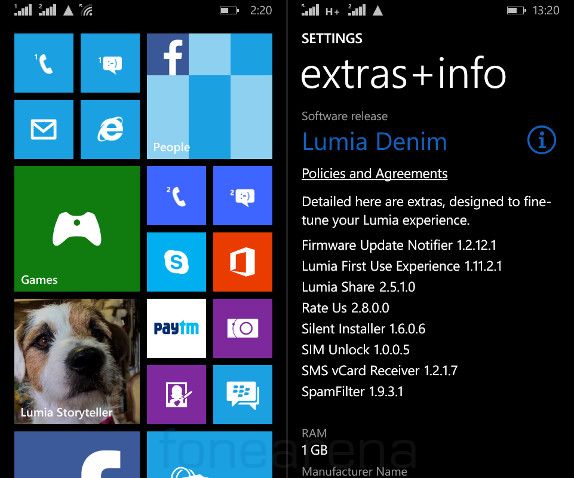 It runs on Windows Phone 8.1 with Lumia Denim out of the box that adds several features, including new Glance Screen when the phone is locked. Since this is a budget phone with a LCD screen, the glance screen just shows notifications and time. This might also drain the battery, so keep the glance screen to peek (times out after 30 seconds) or interval (times out after 15 minutes) to prevent battery drain, instead of always on. 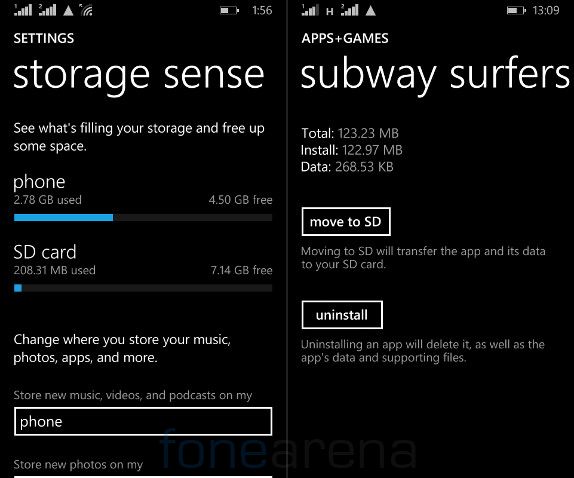 The phone has 1GB RAM and 8GB of internal storage. Out of 8GB of storage you get 4.5GB of free storage out of the box, while 2.78GB is occupied by the system and some internal apps. You also have option to move compatible apps to the SD card. 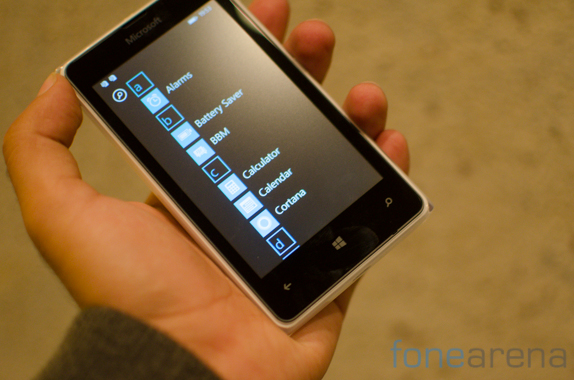 Apart from the default Microsoft Lumia apps such as Lumia Camera, Lumia Cinemagraph, Lumia Creative Studio, Lumia Selife and Lumia Storyteller, it has several pre-loaded third-party apps such as BBM, Foodpanda, Gameloft Hub, Jabong.com, Paytm, redBus.in, Star Sports and Truecaller. It also comes with several freebies such as Paytm cash back of up to Rs. 750 on recharges through the app, Redbus app discounts worth Rs 1500 on bus tickets over 6 single trips booked through the app and 6 months premium Truecaller subscription worth Rs. 360.  It also has HERE Drive+ and HERE Maps navigation apps. 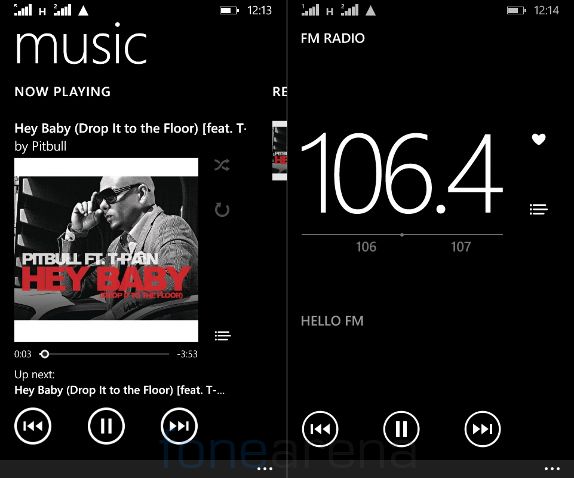 As usual, it has music player and FM Radio. Bundled earphones are just average, and audio though the loudspeaker is pretty good. 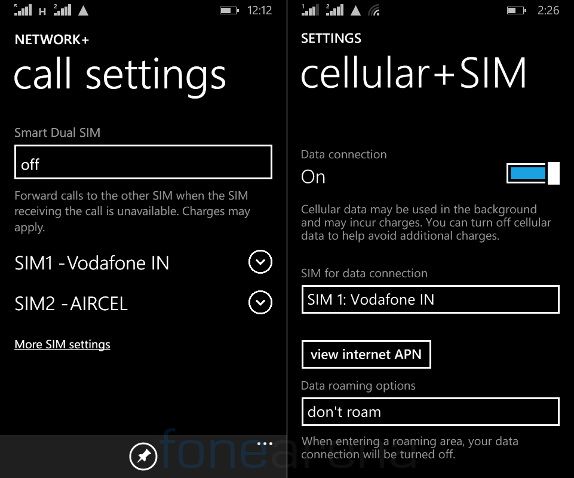 Since it is a dual SIM phone it comes with Smart Dual SIM feature that lets you forward calls to other SIM when the SIM receiving the call is busy. Both the SIM cards support 3G, but you can use 3G on one SIM at a time, while the other remain in 2G. It has 3G HSPA+, WiFi 802.11 b/g/n, Bluetooth 4.0 and GPS.

The smartphone is powered by a 1.2 GHz quad-core Qualcomm Snapdragon 200 (MSM8212) processor and 1GB RAM. Performance is smooth without any lags. Thanks to 1GB RAM multitasking is smooth too. 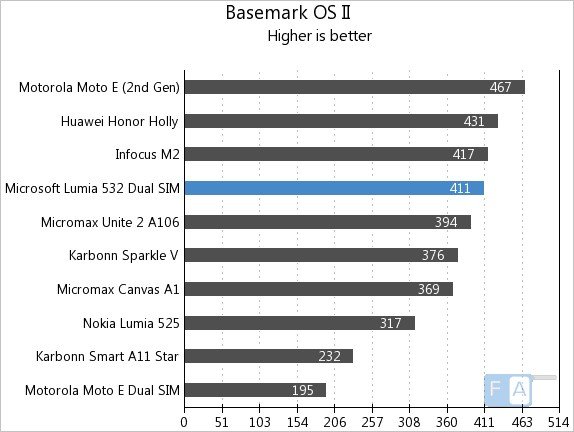 It scored 411 points in the Basemark OS II benchmark, which is on par with other Android smartphones. We tried some games which were smooth without any lags. Check out the gameplay video below. 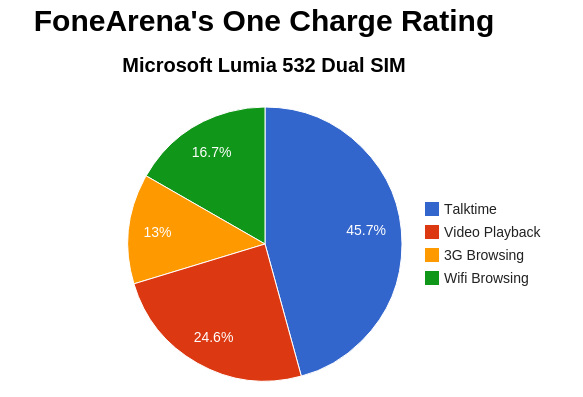 It achieved One Charge Rating of 7 hours and 57 minutes in our battery test. This is better than the Android One smartphones that have a slightly larger battery compared to the Lumia 532. Check out the complete battery life test here.

Overall, the Lumia 532 Dual SIM is a good upgrade to the Lumia 530 Dual SIM. There are several improvements in terms of specifications and software. Lumia Denim adds several features and the performance is smooth. The smartphone is available in the market for as low as Rs. 6,100, which makes it a decent Windows Phone handset for the price. It is also one of the few budget Windows Phone smartphones that will get Windows 10 update. Microsoft recently released a new Windows 10 Technical Preview build that support this smartphone.