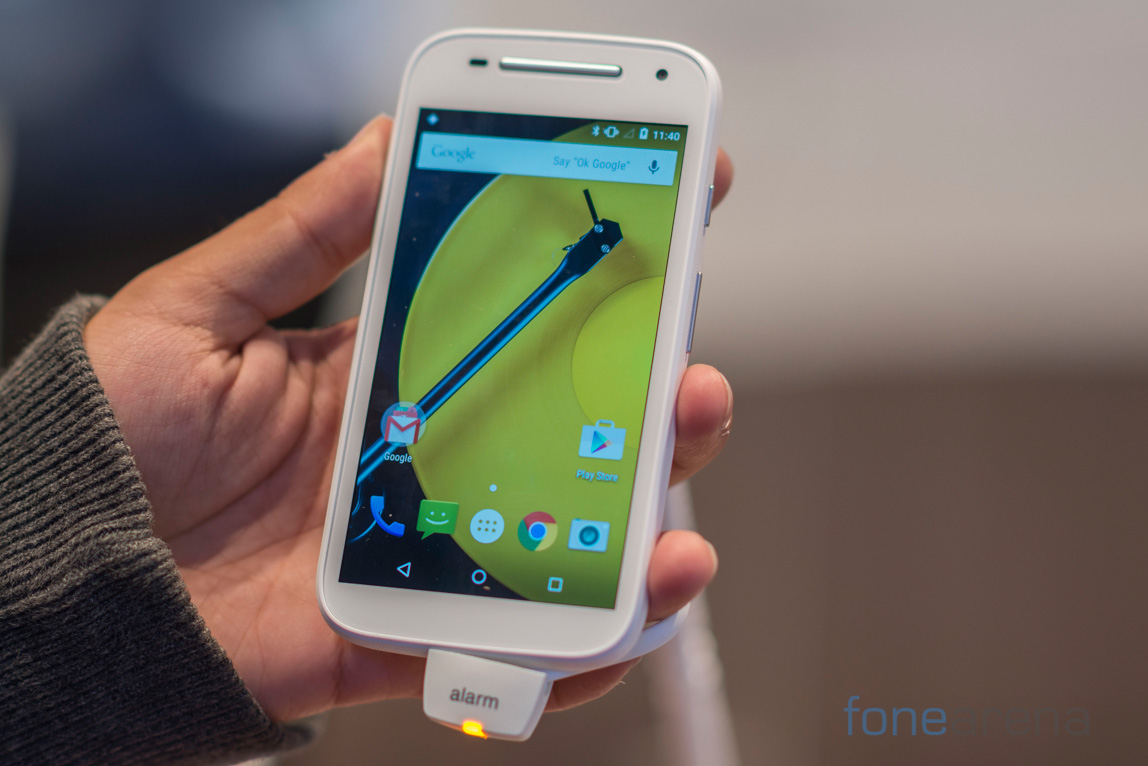 Motorola announced the Moto E LTE (2nd Gen) last month. We got a chance to take a look at the phone at MWC 2015 so lets check out the specs and hardware of the phone.

The Moto E LTE (2nd Gen) sports a 4.5-inch display and qHD resolution. It is powered by a 1.2 GHz quad-core Snapdragon 410 SoC, comes with 4G LTE connectivity and runs on Android 5.0 Lollipop out of the box. It also comes in 3G variant (XT1505) that has a 1.2GHz quad-core Snapdragon 200 SoC.  The phone has a 1GB RAM, 8GB internal memory, expandable memory with microSD. 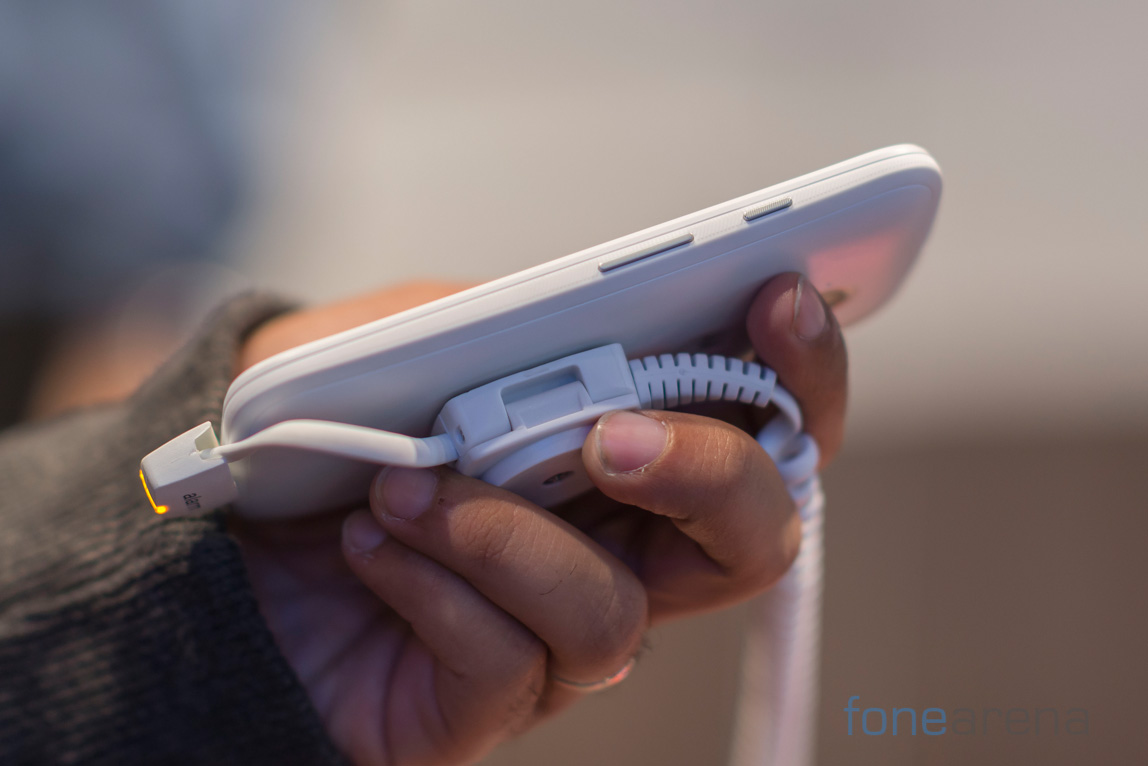 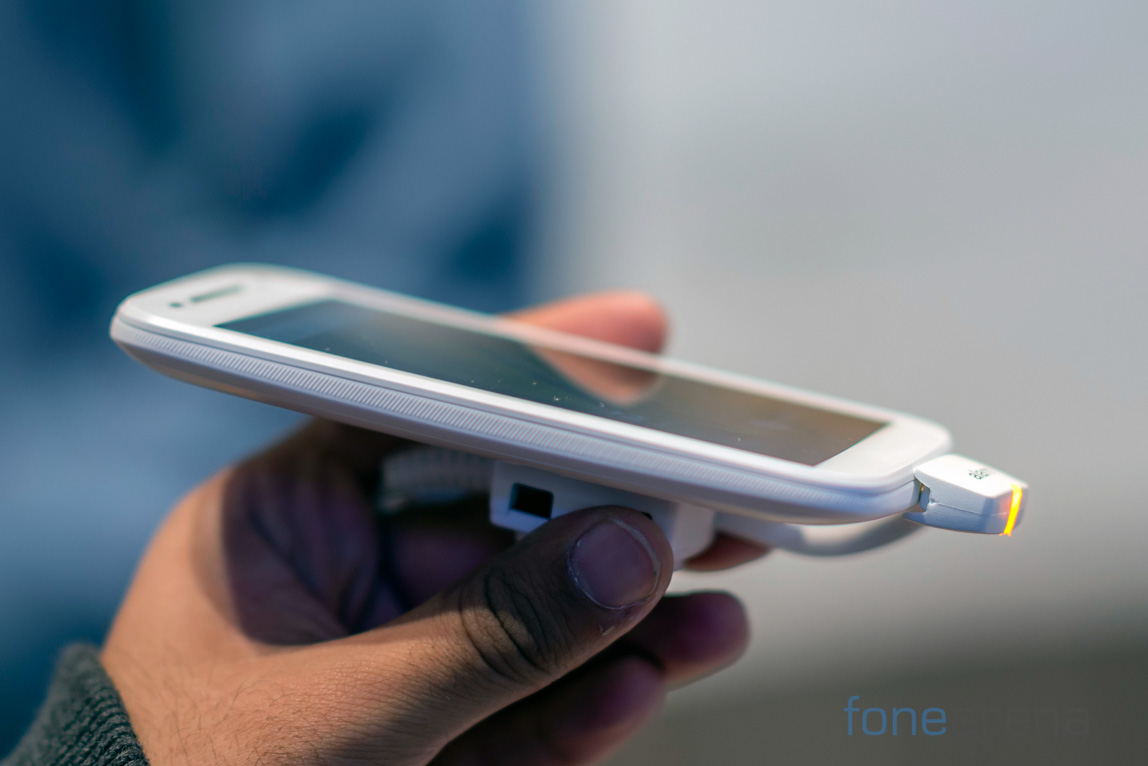 There is nothing on the left side. A VGA front facing camera and on screen touch buttons are present on the phone. The build of the phone is sturdy. 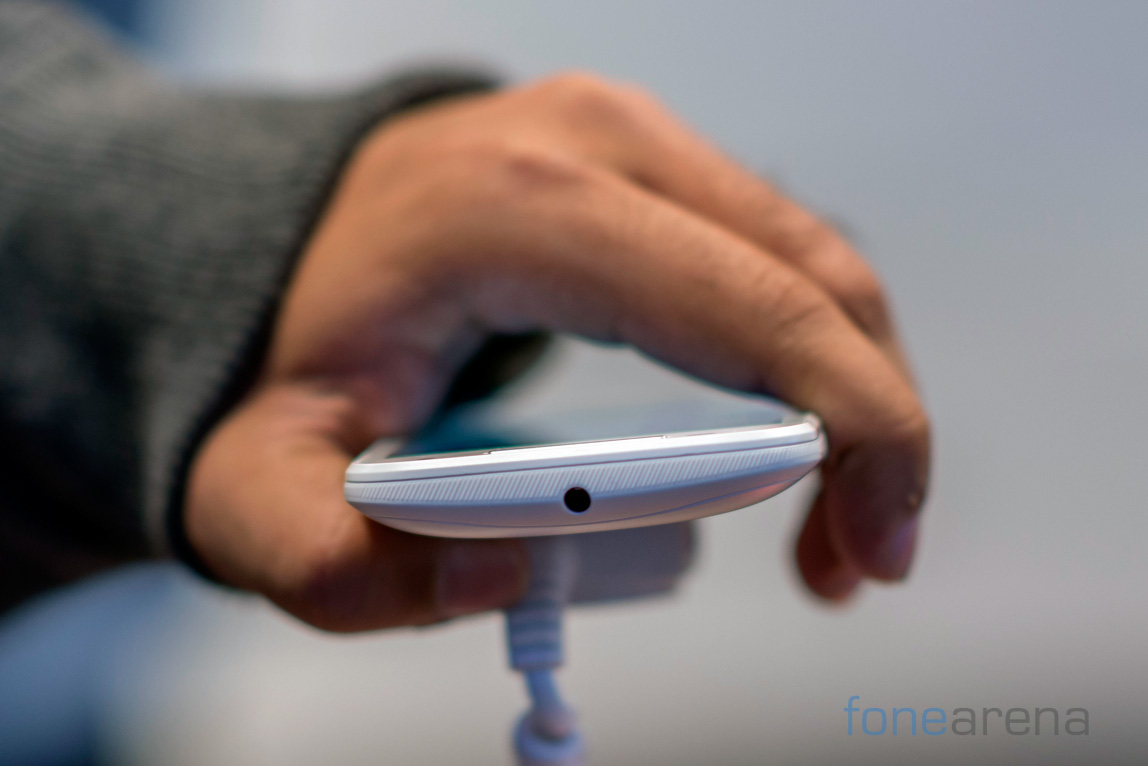 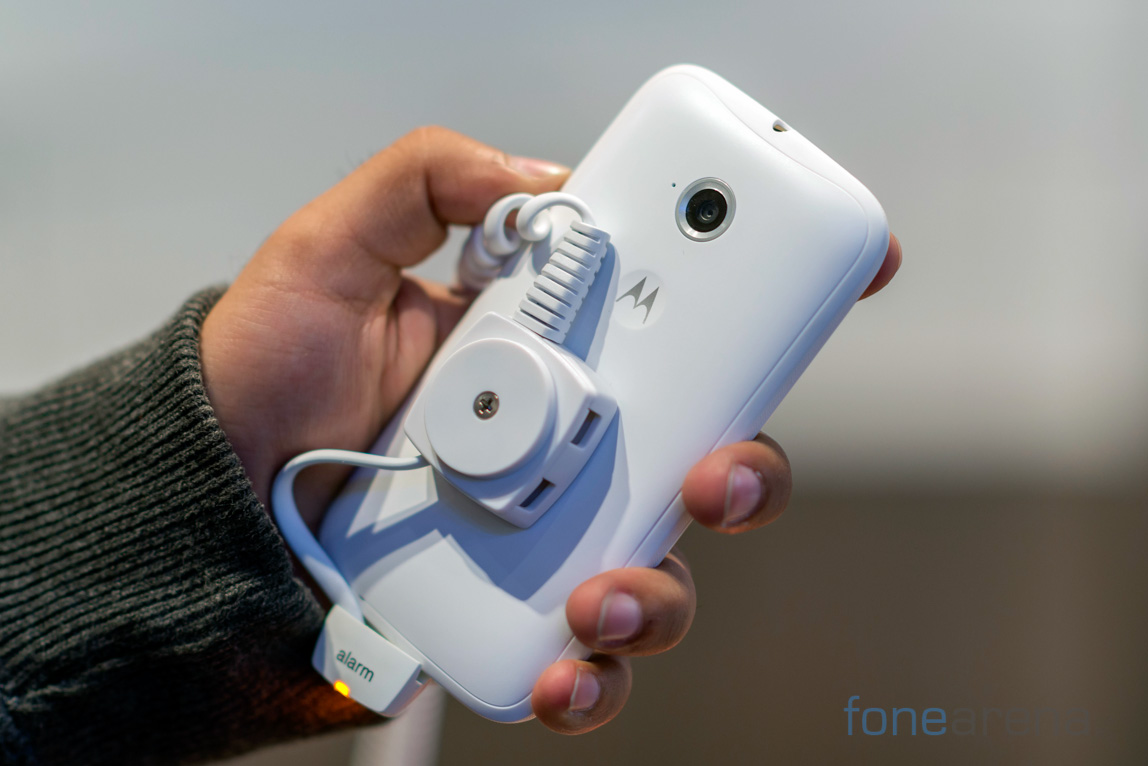 It has a 5MP rear facing camera and the Motorola logo is seen below it. 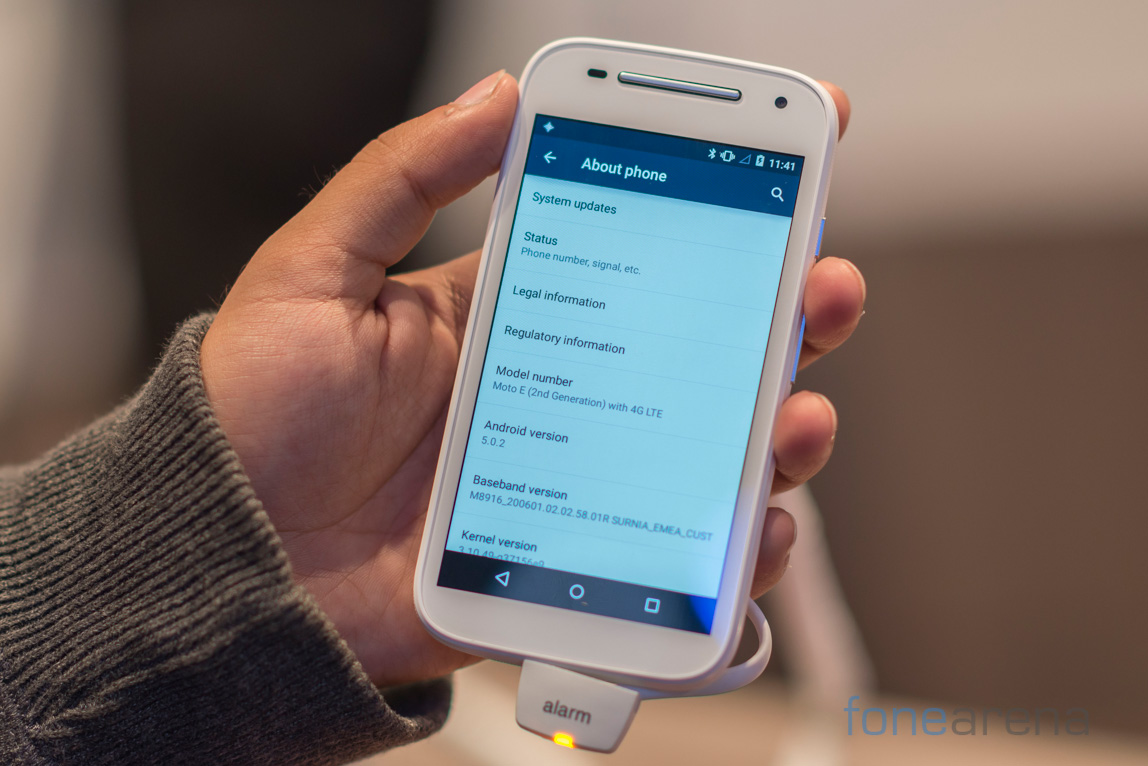