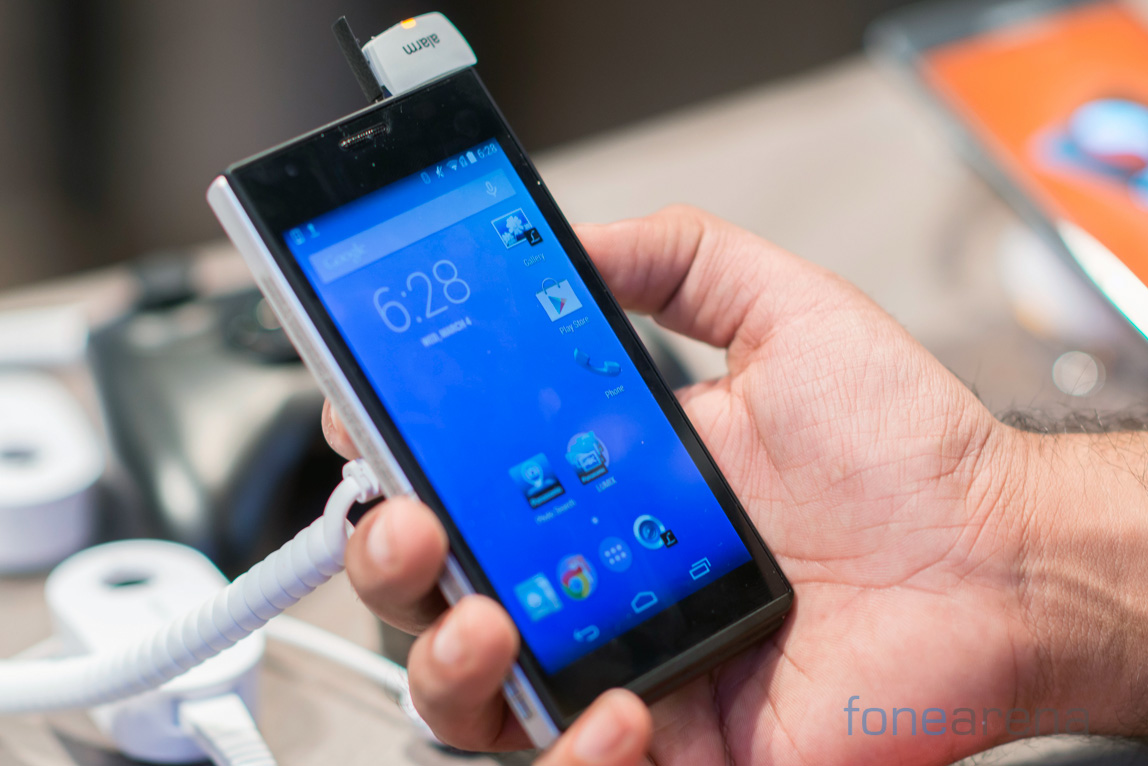 Panasonic announced its first Android powered camera smartphone Lumix CM1 in September last year. The connected camera comes with 1-inch MOS sensor. We went hands on with the phone at MWC 2015 so lets take a look at specs and hardware of the phone. 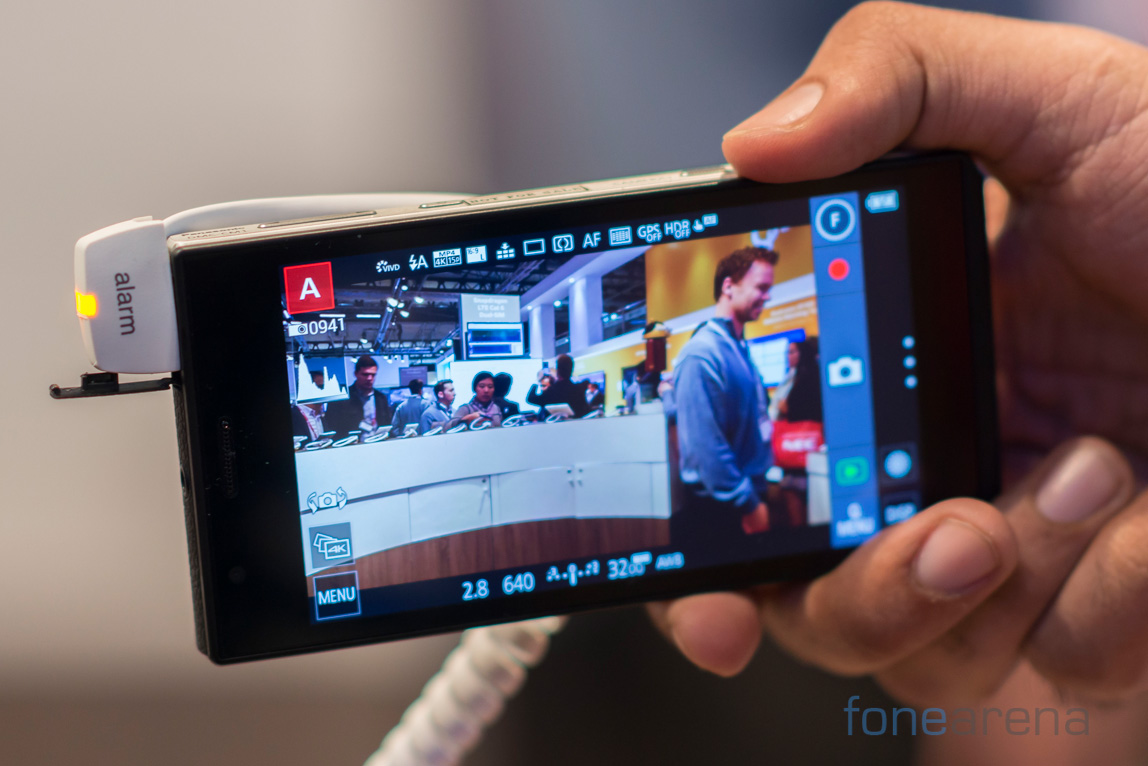 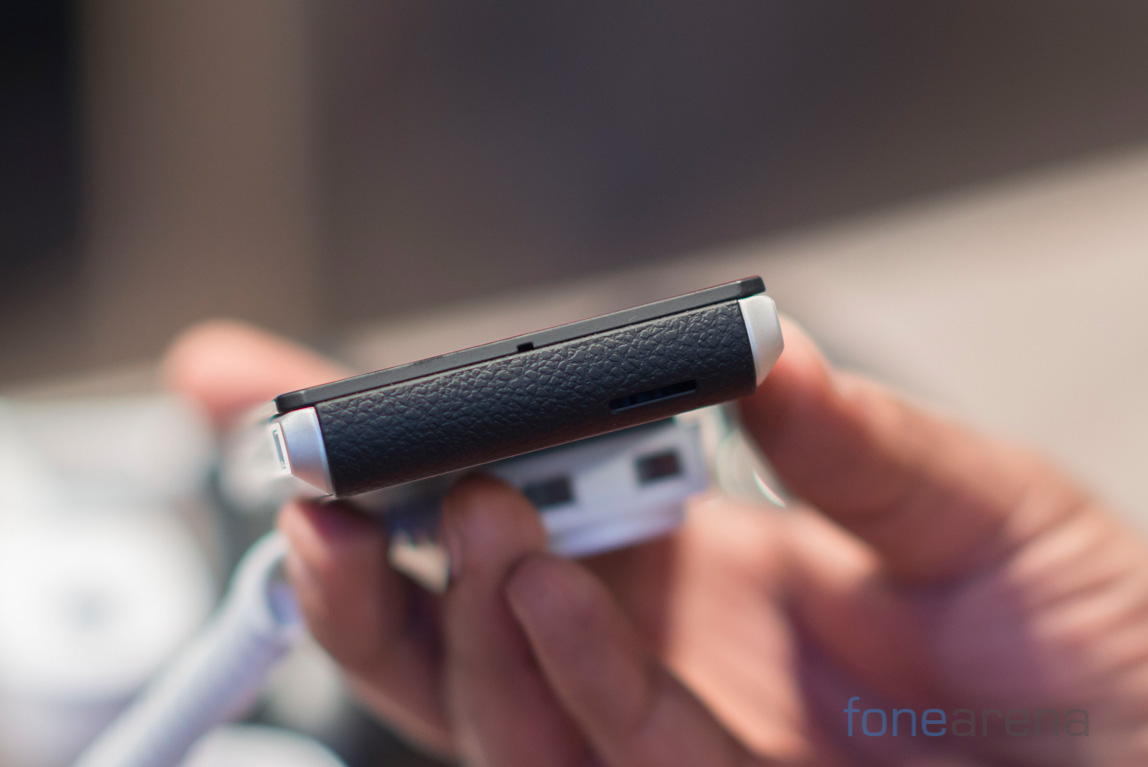 The loudspeaker grill is present at the bottom. 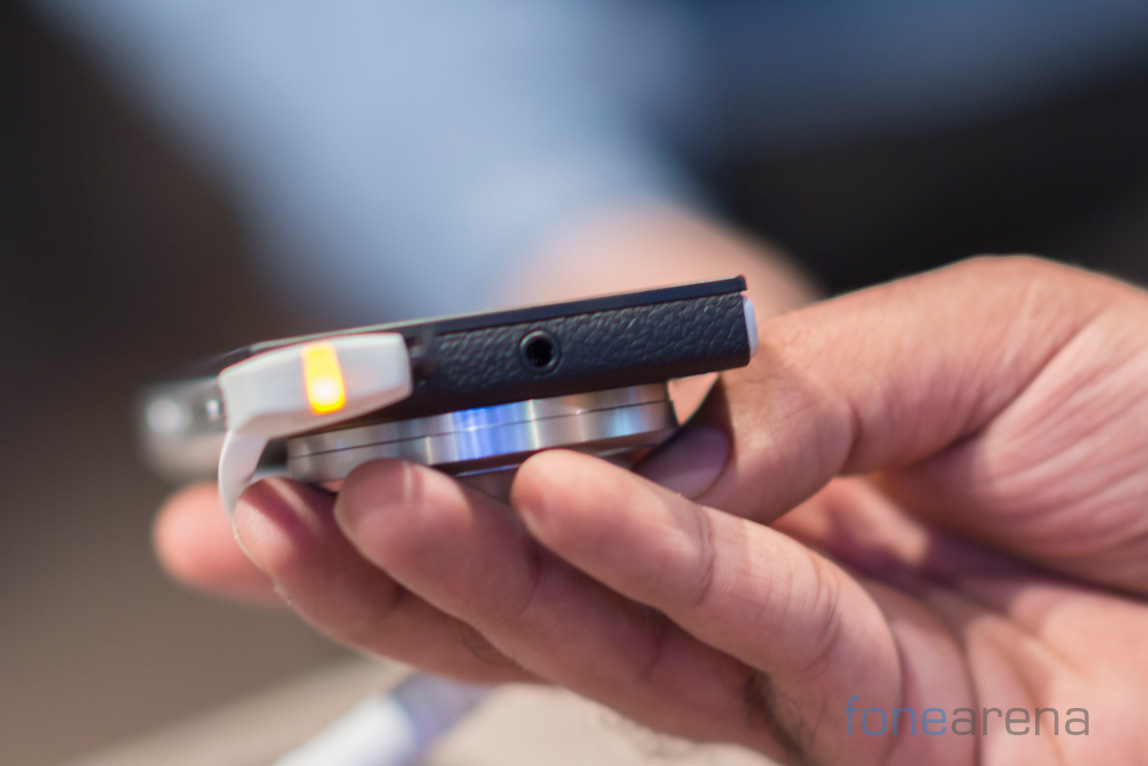 3.5mm audio jack is present on the top. 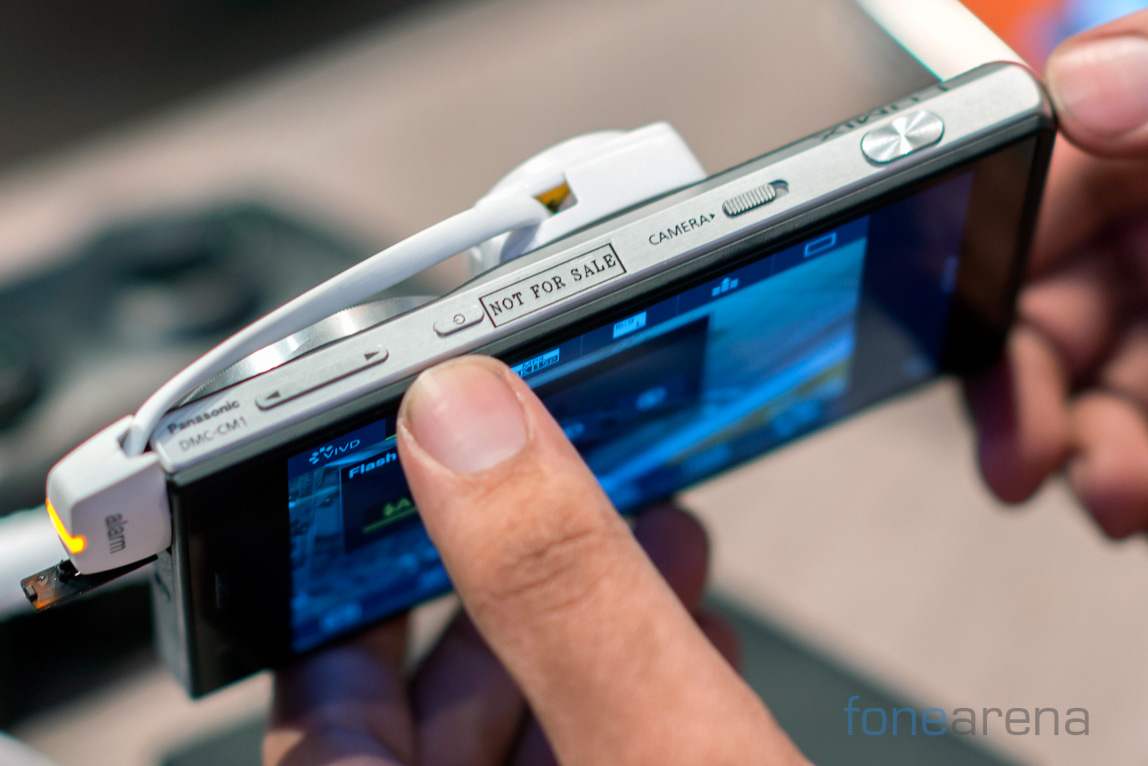 It has 4 physical buttons – power, volume rocker, camera On switch, and a shutter key on the right side. 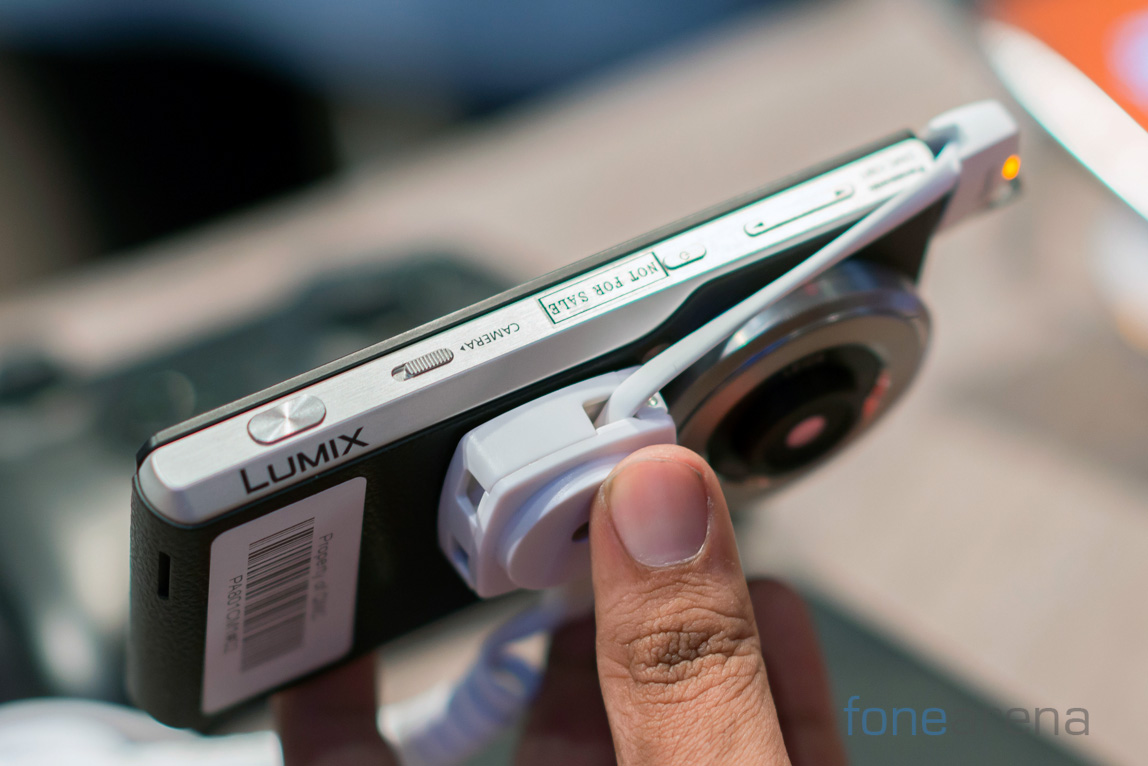 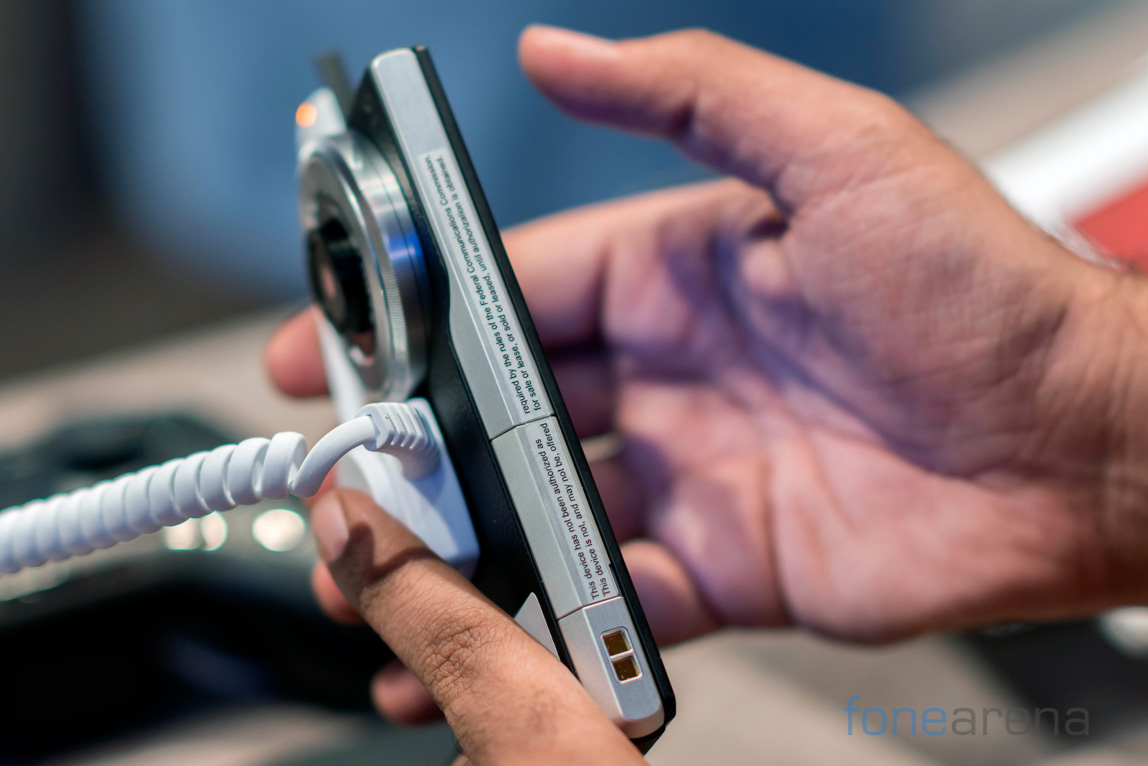 There are no keys on the left side of the phone. 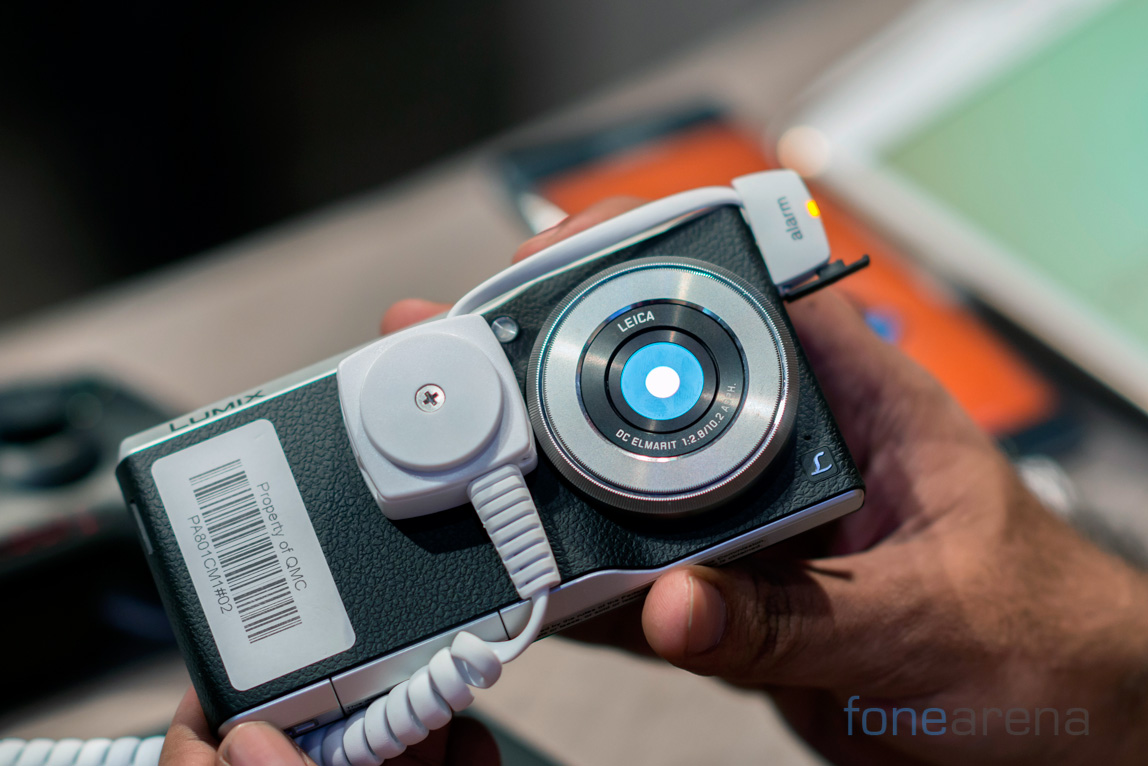 There is a 1” Leica lens, with an adjustable aperture of F2.8 – F11.0, and a 20 MP resolution MOS sensor. There is a 2600mAh battery, the phone also includes 4G support. The phone has a leather back cover.