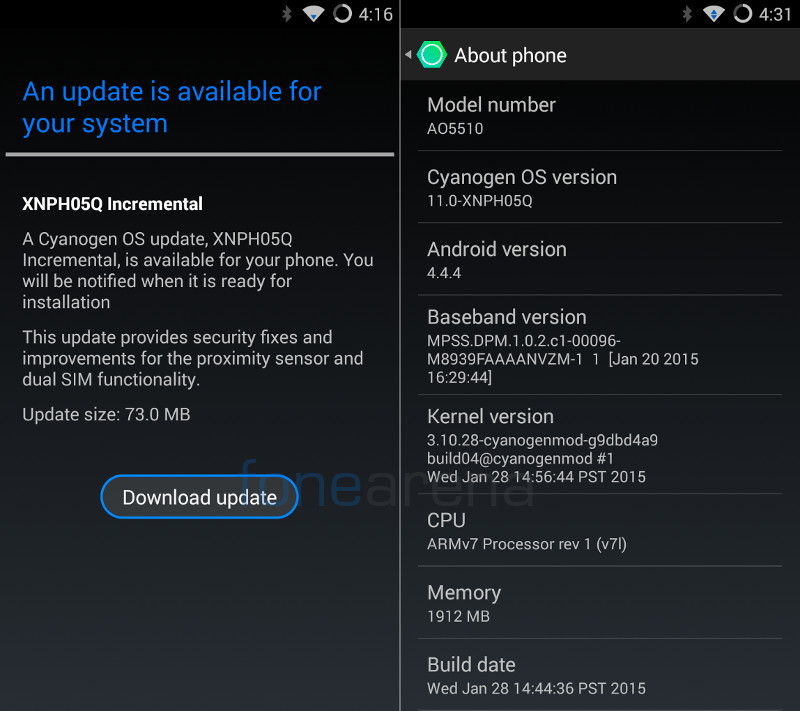 YU has rolled out the first Cyanogen OS update, XNPH05Q for the YUREKA smartphone in about three weeks after the smartphone went on sale, as it promised at the launch. As you can see from the screenshot, the incremental update brings security fixes and improvements for the proximity sensor and dual SIM functionality.

The latest Cyanogen OS 11.0-XNPH05Q incremental update is rolling out for YU YUREKA smartphone over-the-air (OTA) and it is 73MB. Have you updated your smartphone yet? Have you noticed any improvements or changes after the update? Let us know in the comments section below. YU already promised to offer Lollipop update for the Yureka smartphone, but no details about the exact release date yet. The fourth YU YUREKA sale on Amazon.in is at 2PM tomorrow, February 5th.