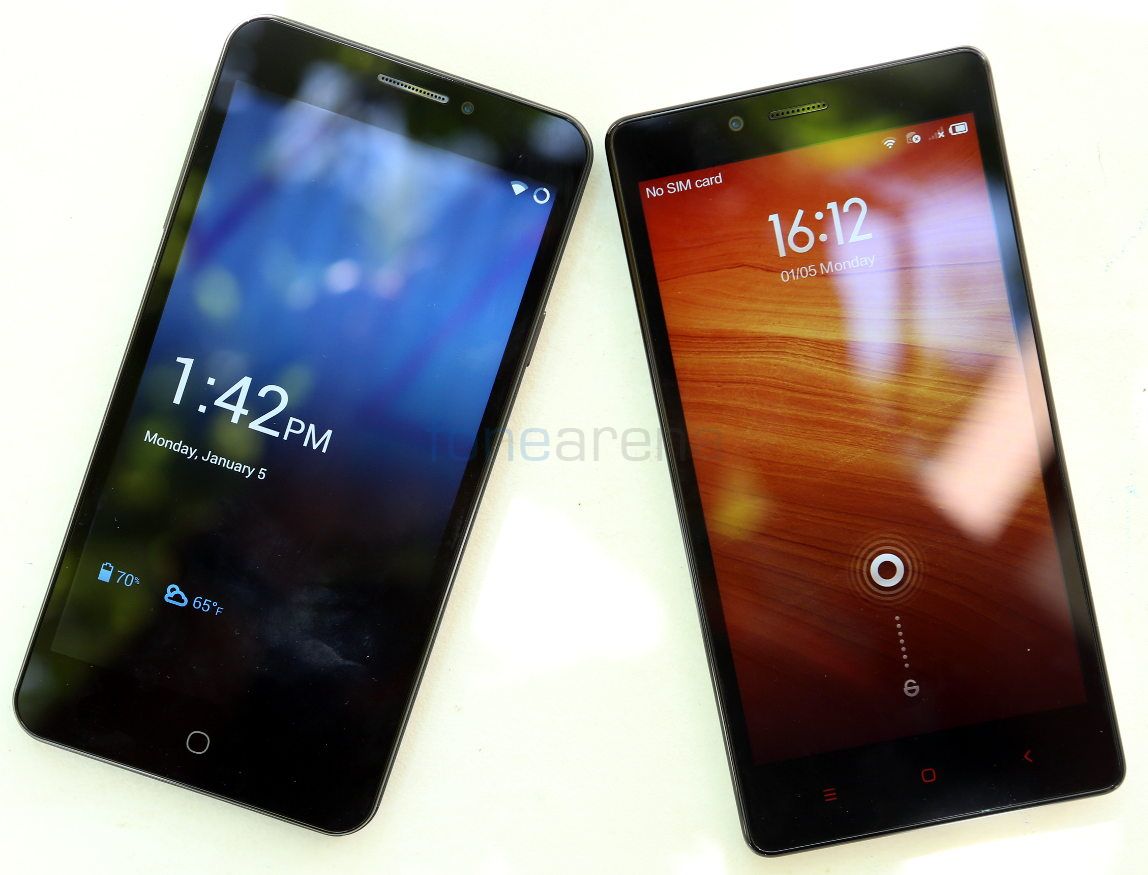 Micromax’s YU launched the YU YUREKA (AO5510) smartphone running Cyanogen OS last month for Rs. 8,999. We already brought you the a hands on impressions,unboxing and a comparison gallery of the phone with the OnePlus One. Now let’s compare the phone with Xiaomi Redmi Note in our comparison photo gallery. 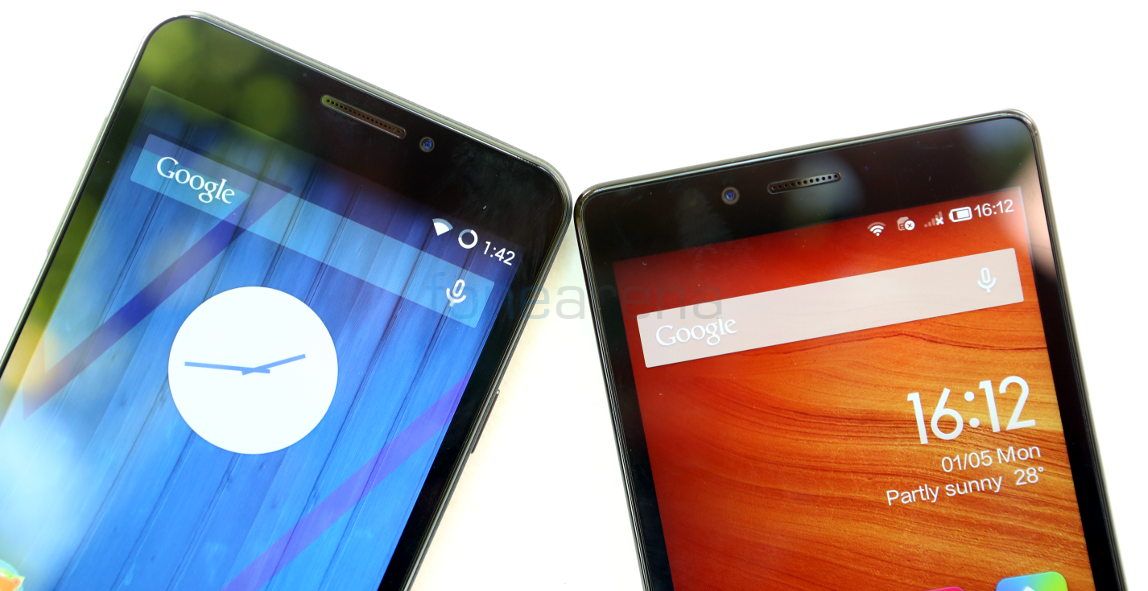 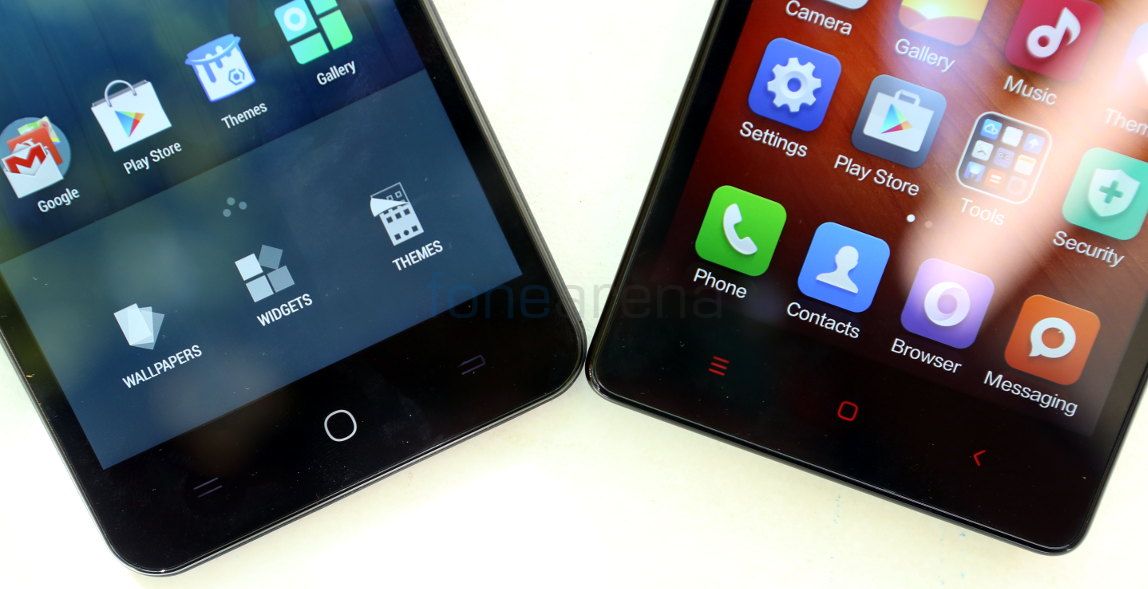 Both the phones have capacitive touch buttons below the display. 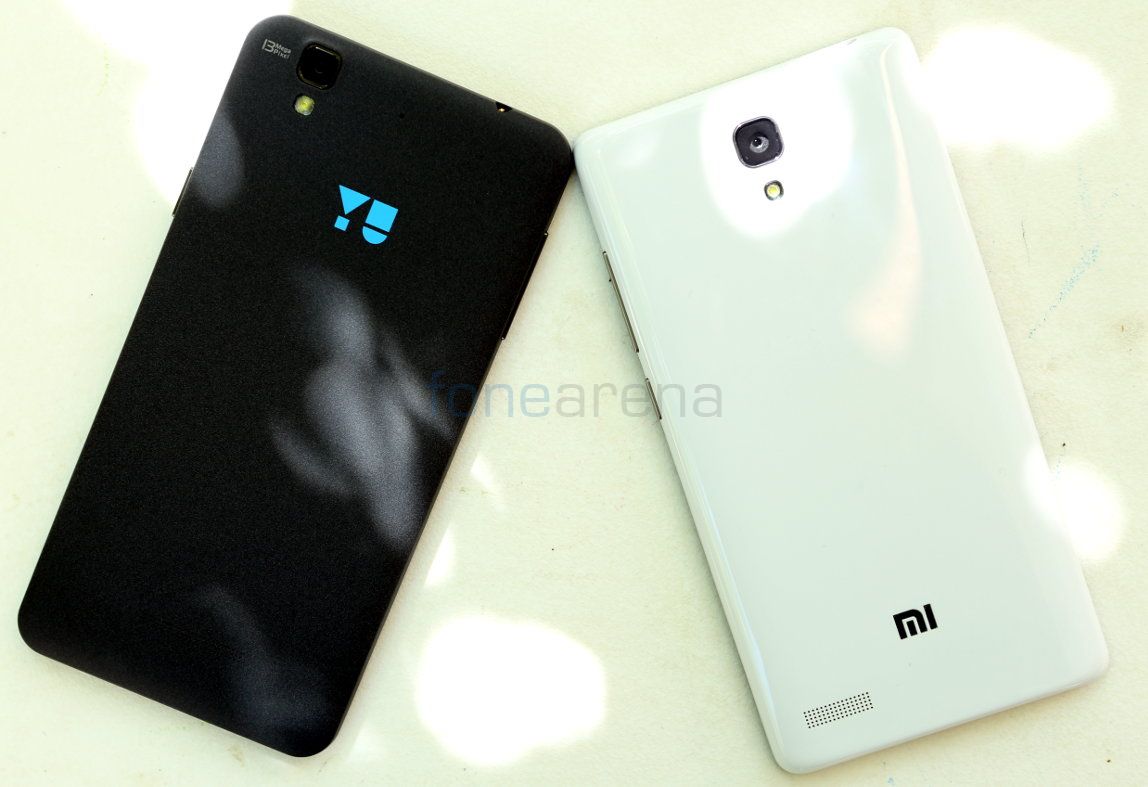 The YU Yureka is entirely made of plastic although it has a matte finish on the back that gives it a smooth rubber-like feel. Redmi Note is also encompassed in a plastic body, but it has shiny finish. Both the phones have a removable back cover. The former has the YU branding at the top while the latter has the Mi branding at the bottom. 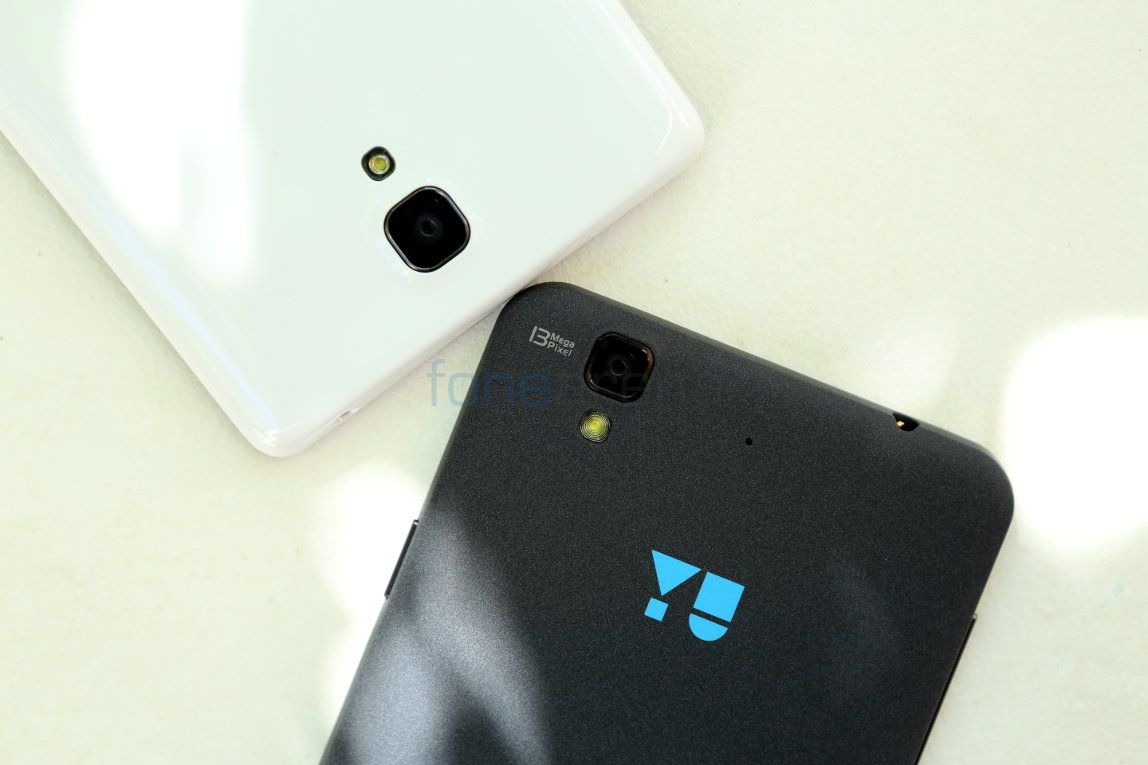 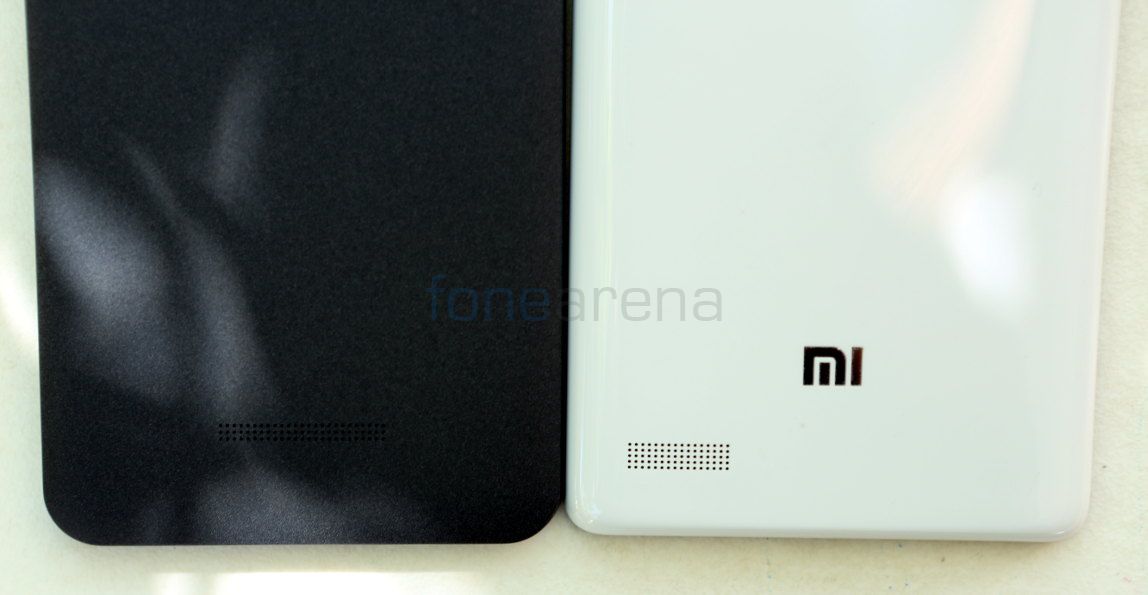 Loud speaker grill on the Yureka is placed at the center while that on the Mi is on the left side of the back. 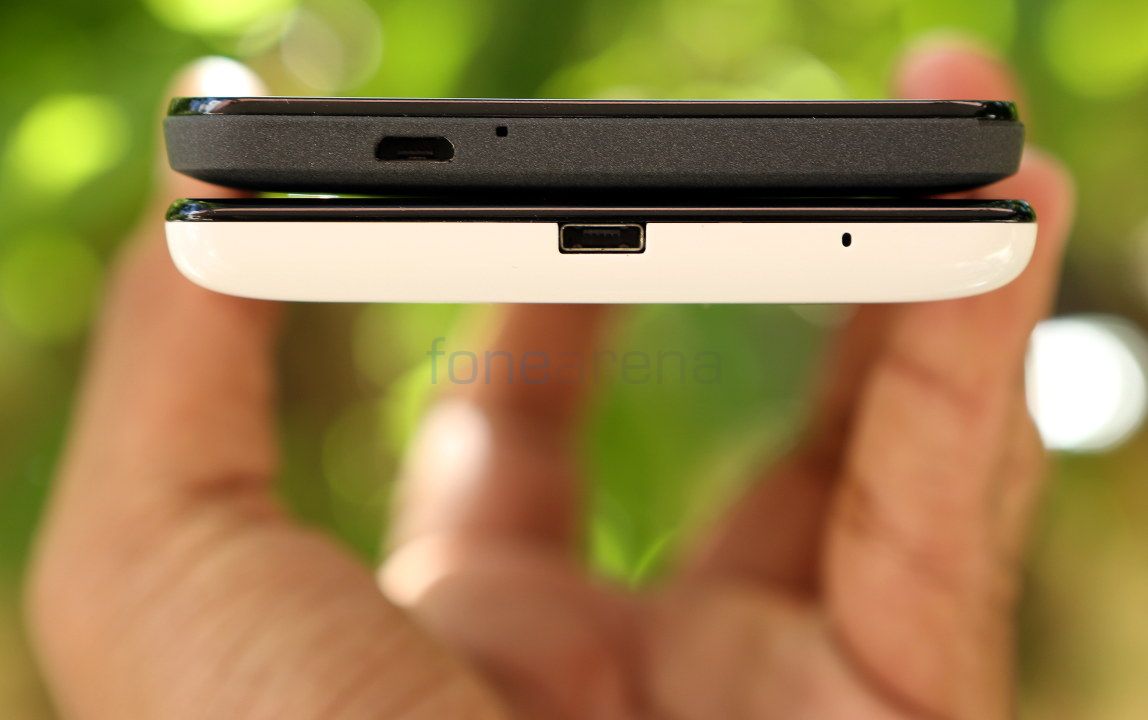 The micro USB port for both the devices is situated at the bottom along with primary microphone. 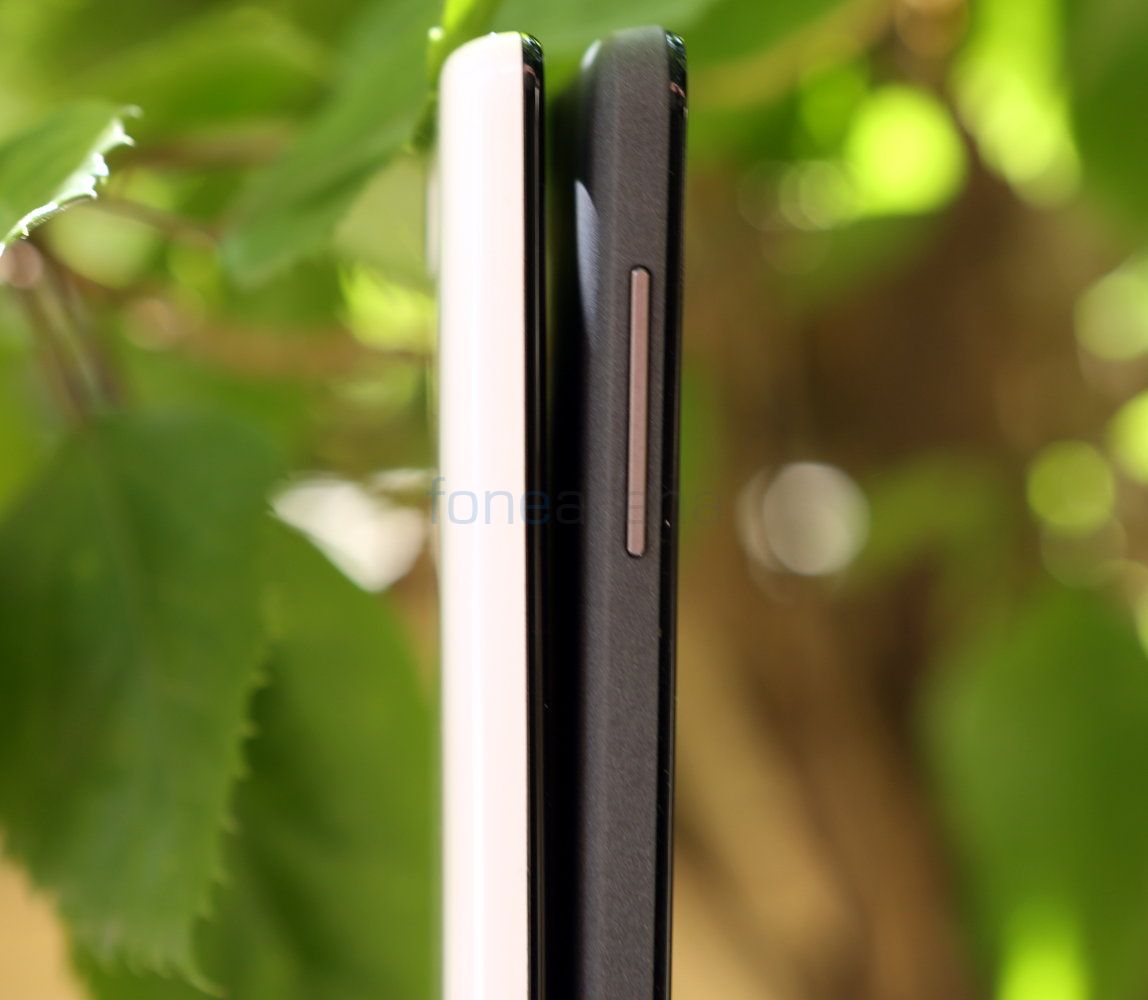 The Yureka has volume rockers on the left side while Redmi note has no buttons. 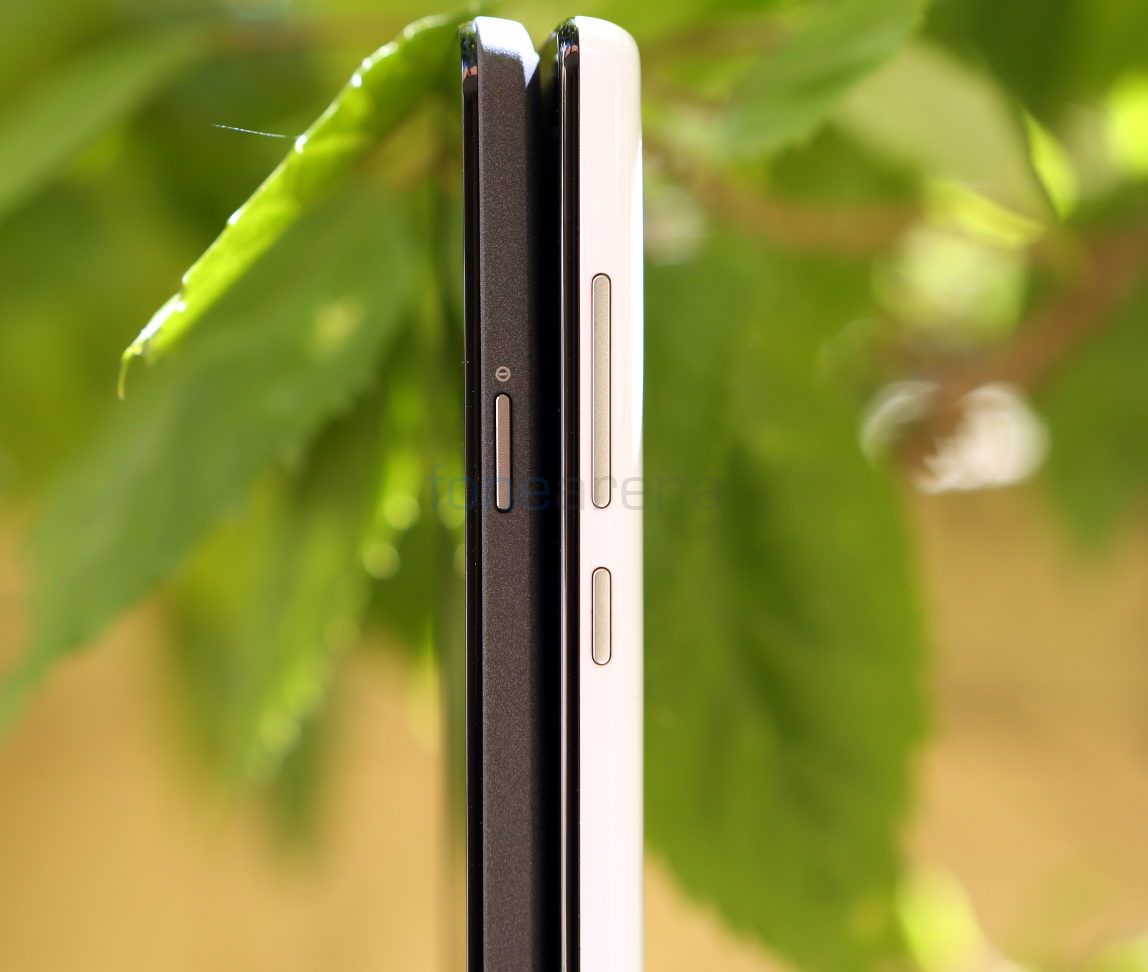 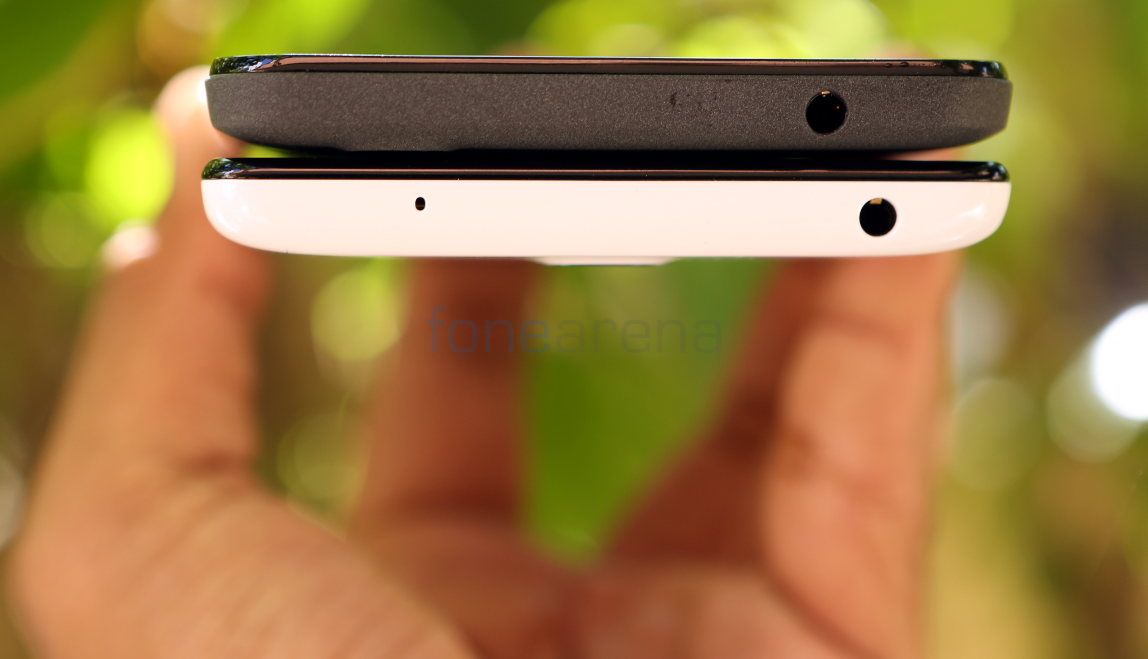 Both the devices have a 3.5mm audio jack at the top. The Yureka is 8.8mm thick as compared to 9.45mm thick Redmi Note. 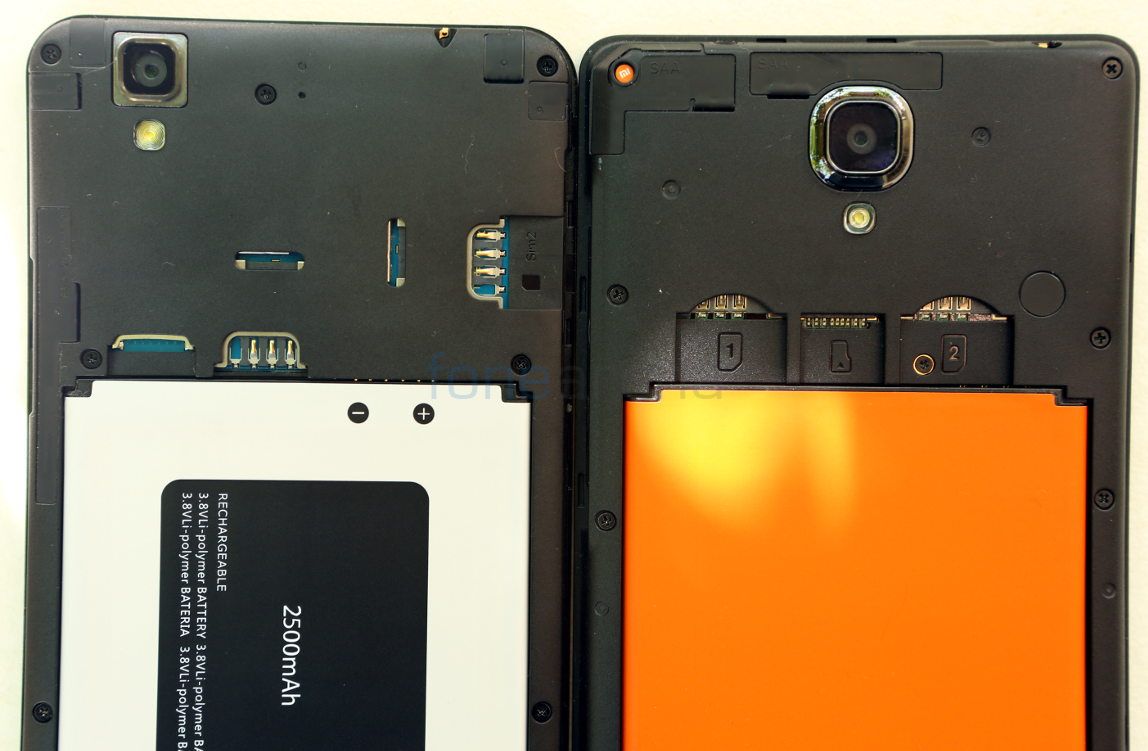 The YU YUREKA goes on sale exclusively on Amazon.in starting from January 13th. Currently Xiaomi is selling only the Redmi Note 4G via Flipkart and Airtel stores in select cities in India, but it is likely to bring back the Redmi Note soon.