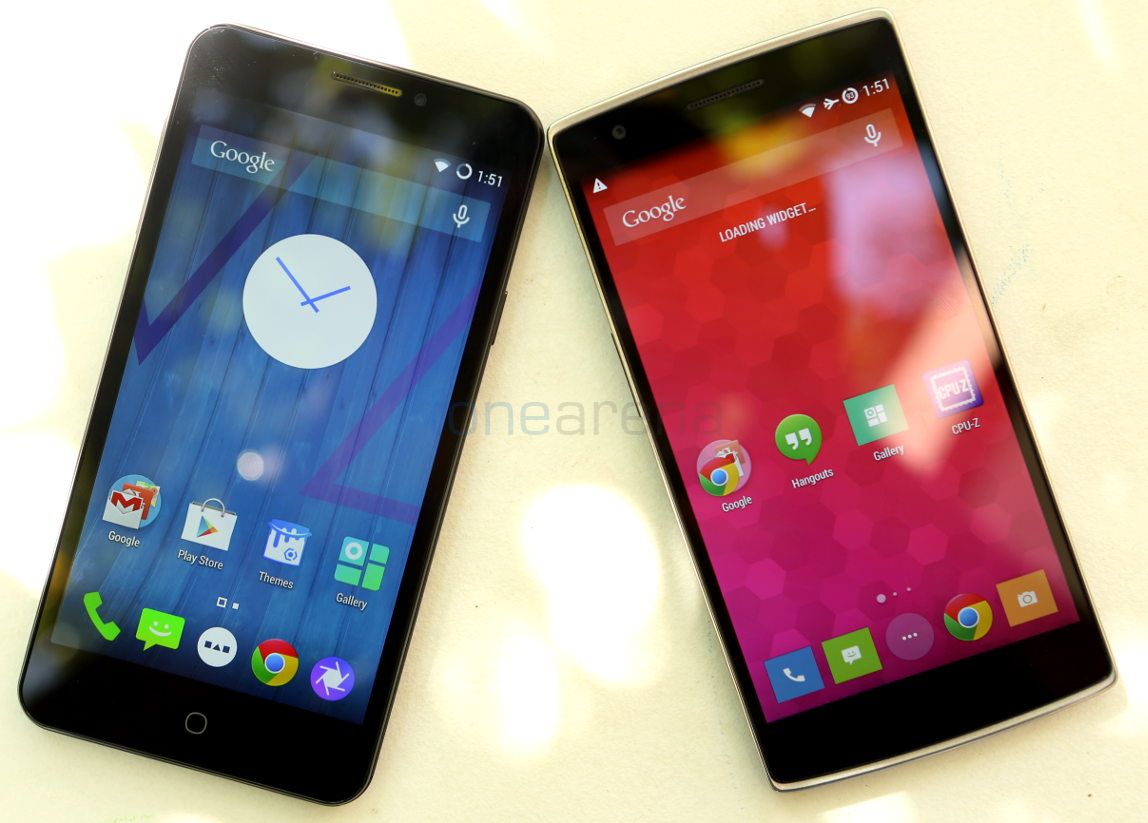 Micromax’s YU launched the YU YUREKA (AO5510) smartphone running Cyanogen OS last month for Rs. 8,999. We already brought you the hands on impressions from the launch event and unboxing and photo gallery recently. Now lets compare the phone with OnePlus One that was recently launched in India for Rs 21,999. 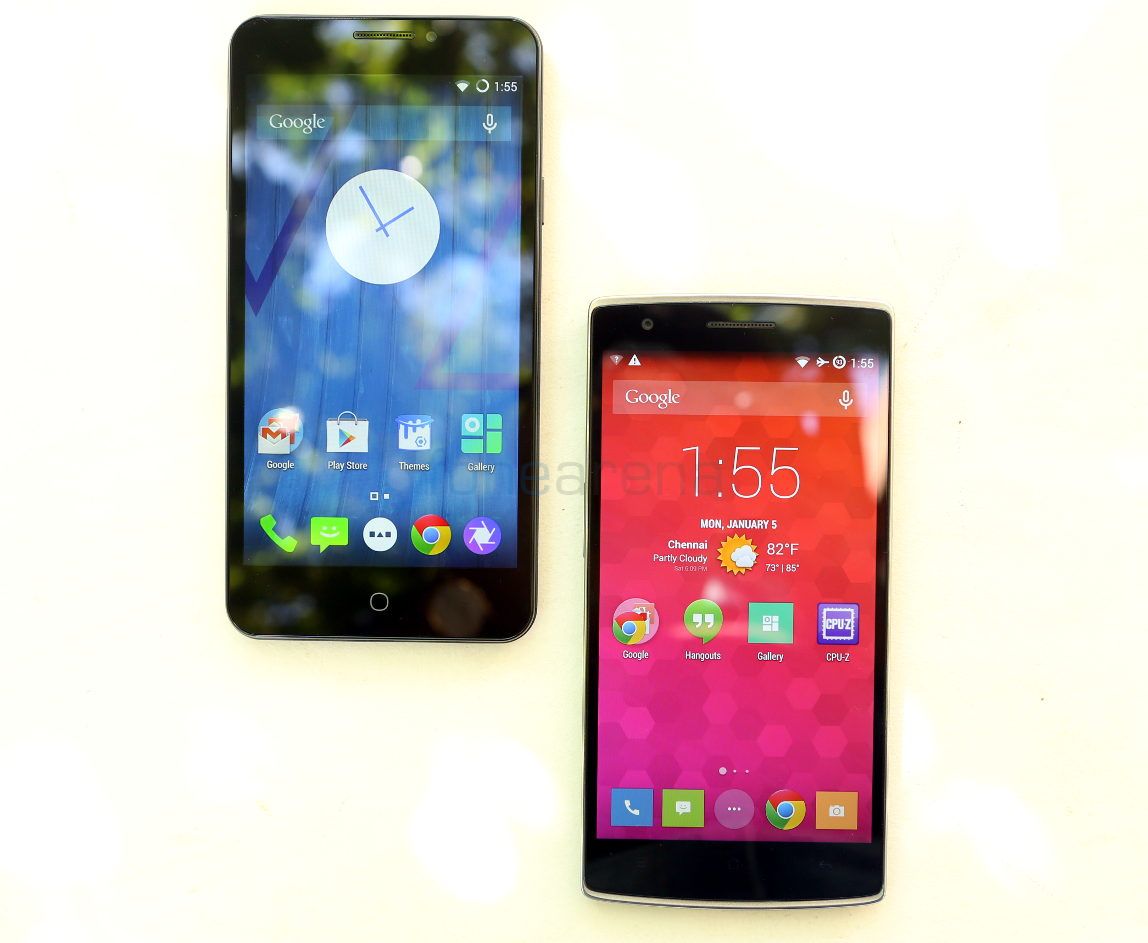 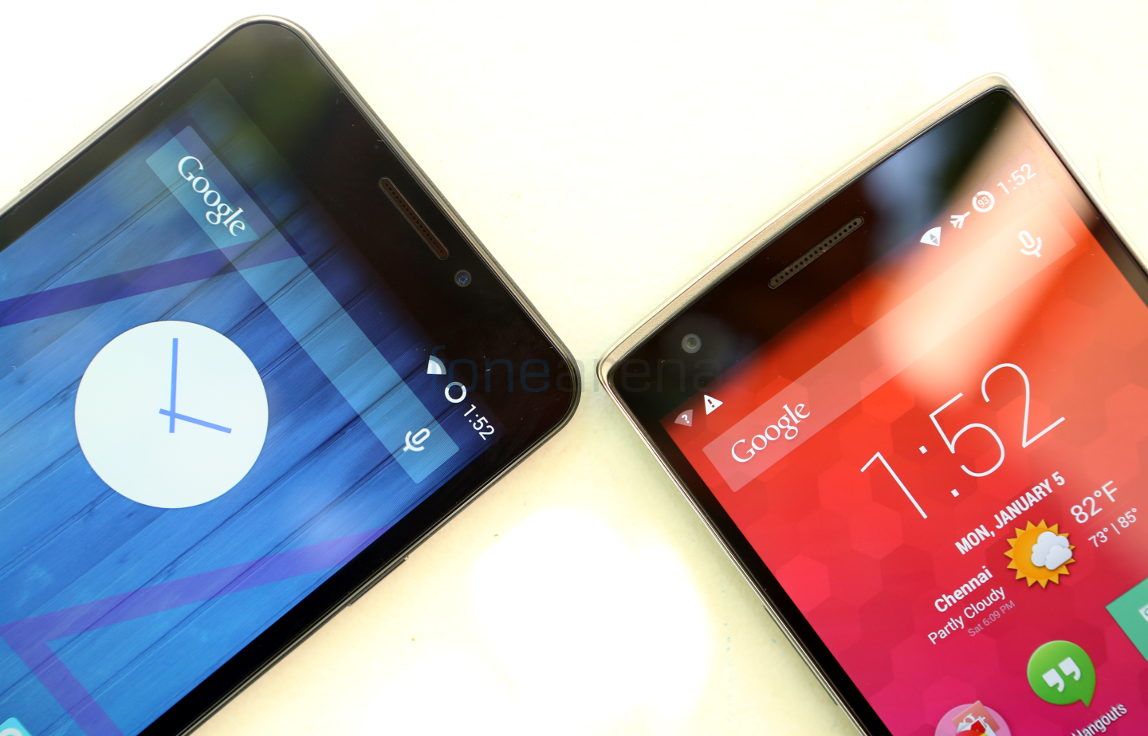 Both these phones have a 5MP front facing camera. 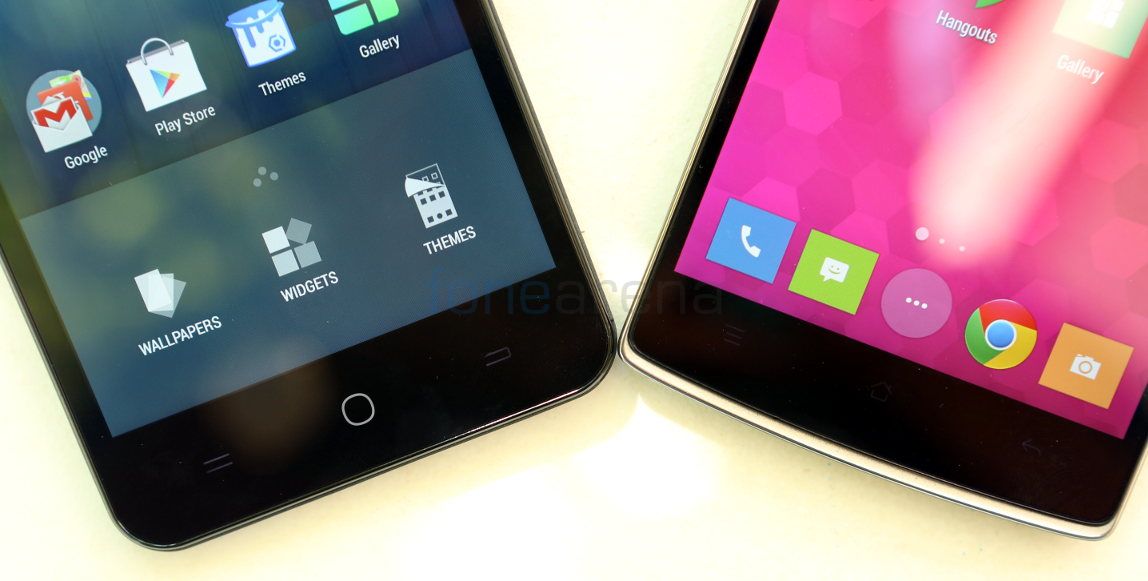 Both the phones have capacitive touch buttons. 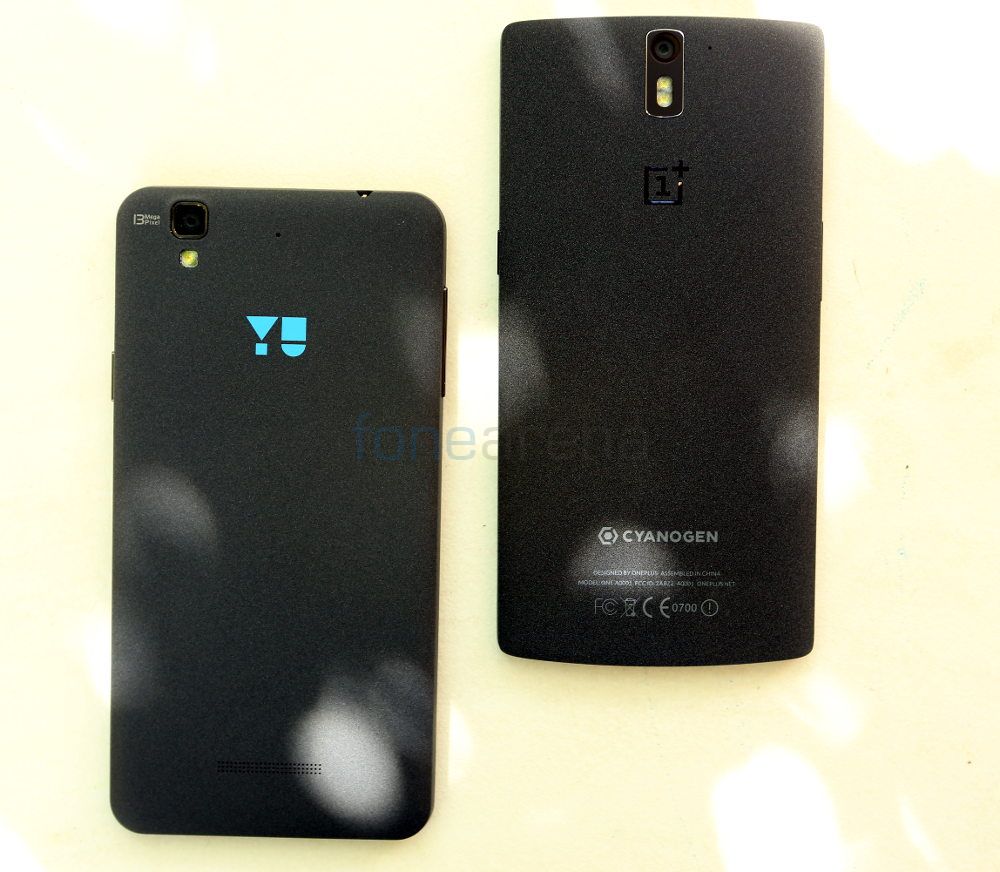 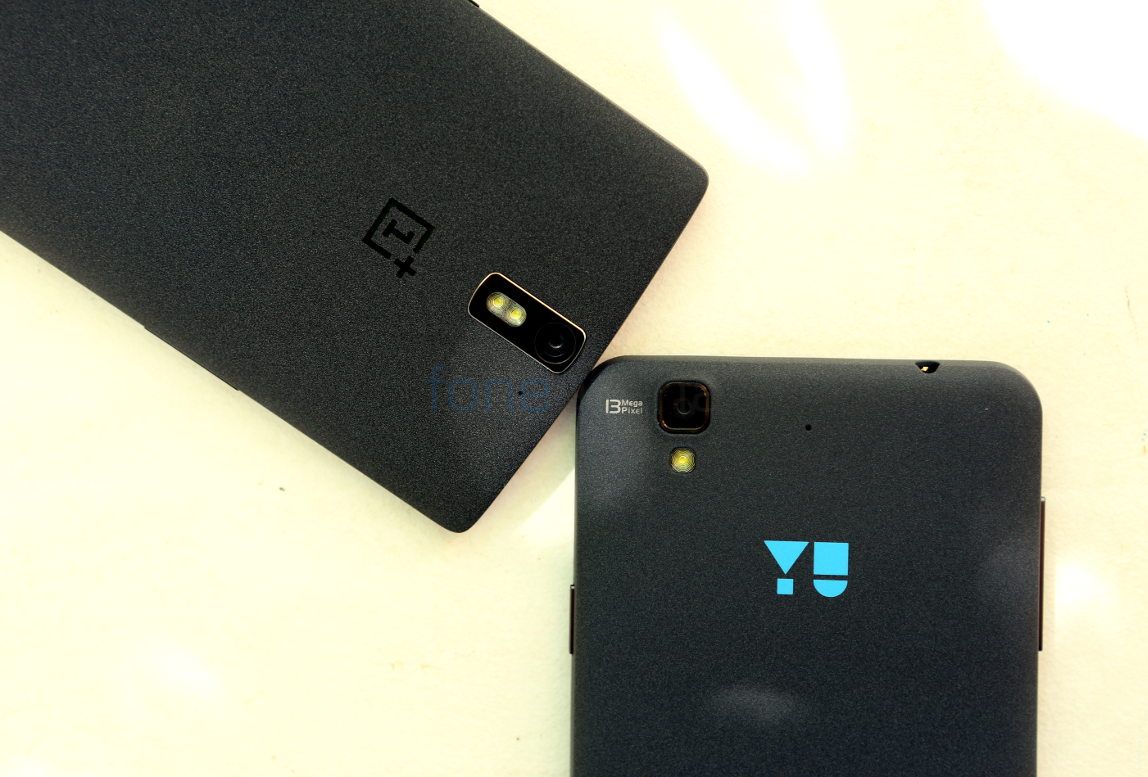 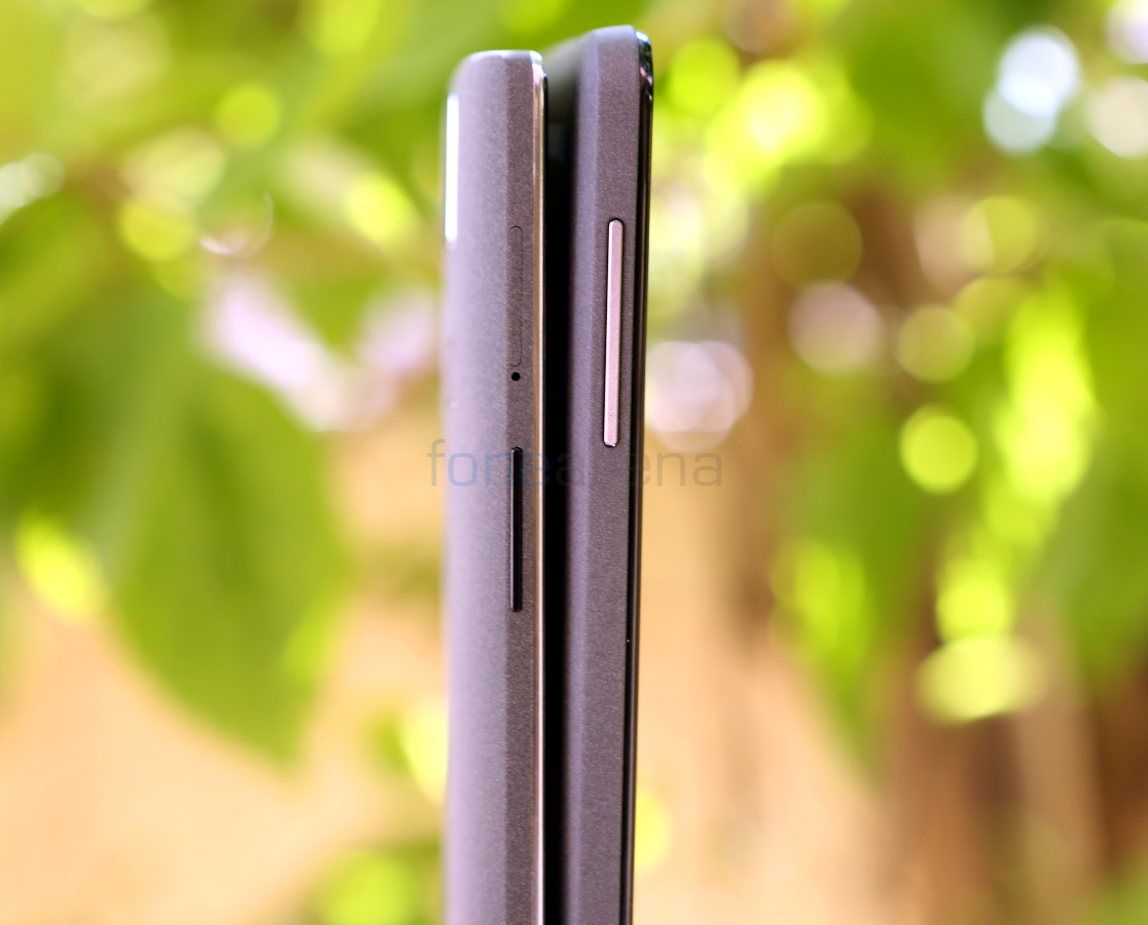 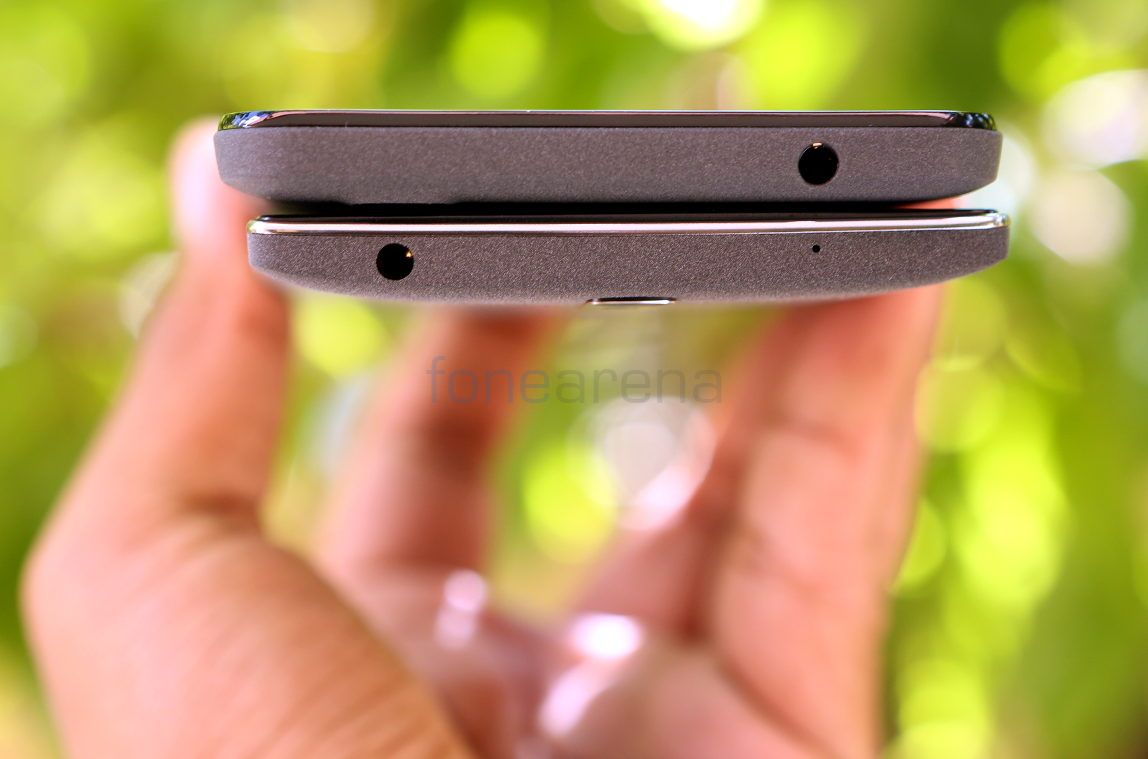 Both the devices have a 3.5mm audio jack at the top while the OnePlus One also has the secondary microphone. 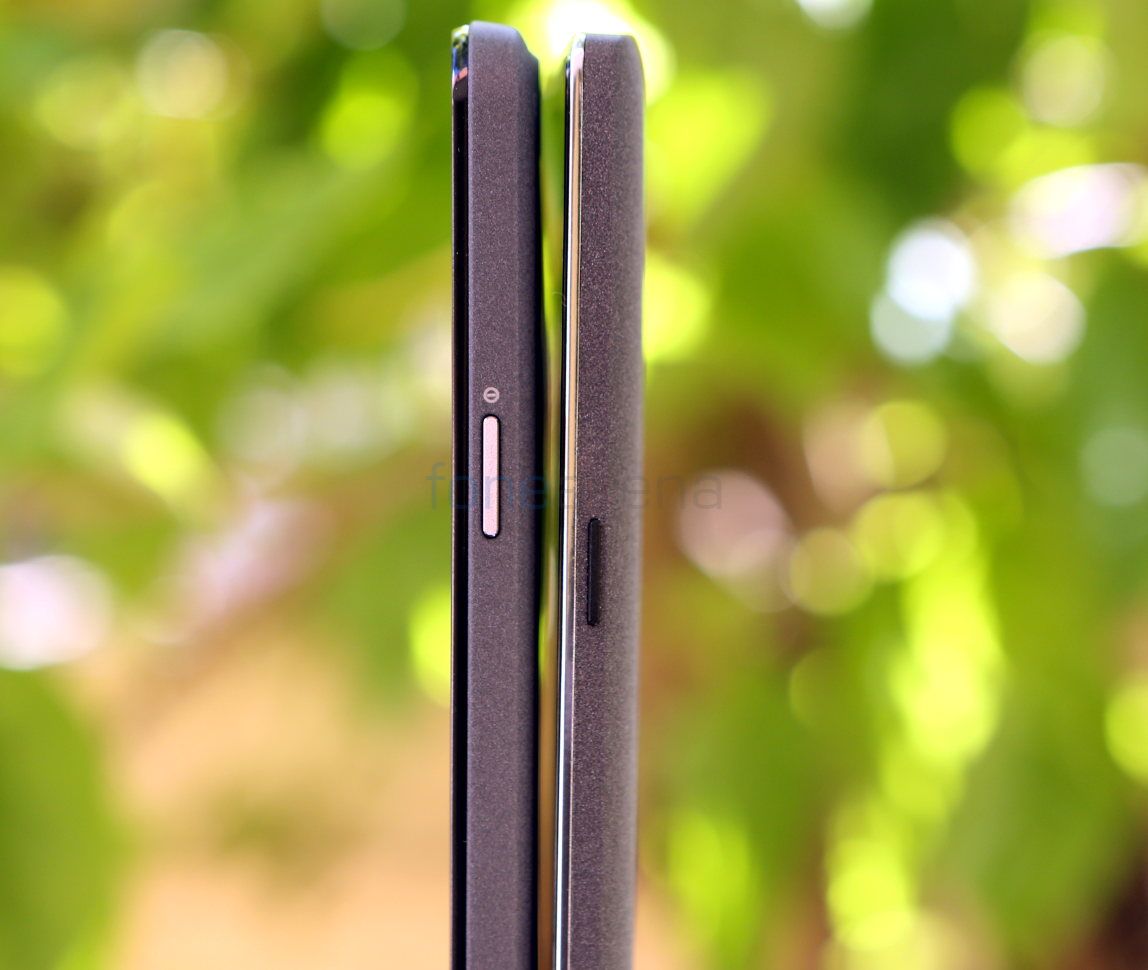 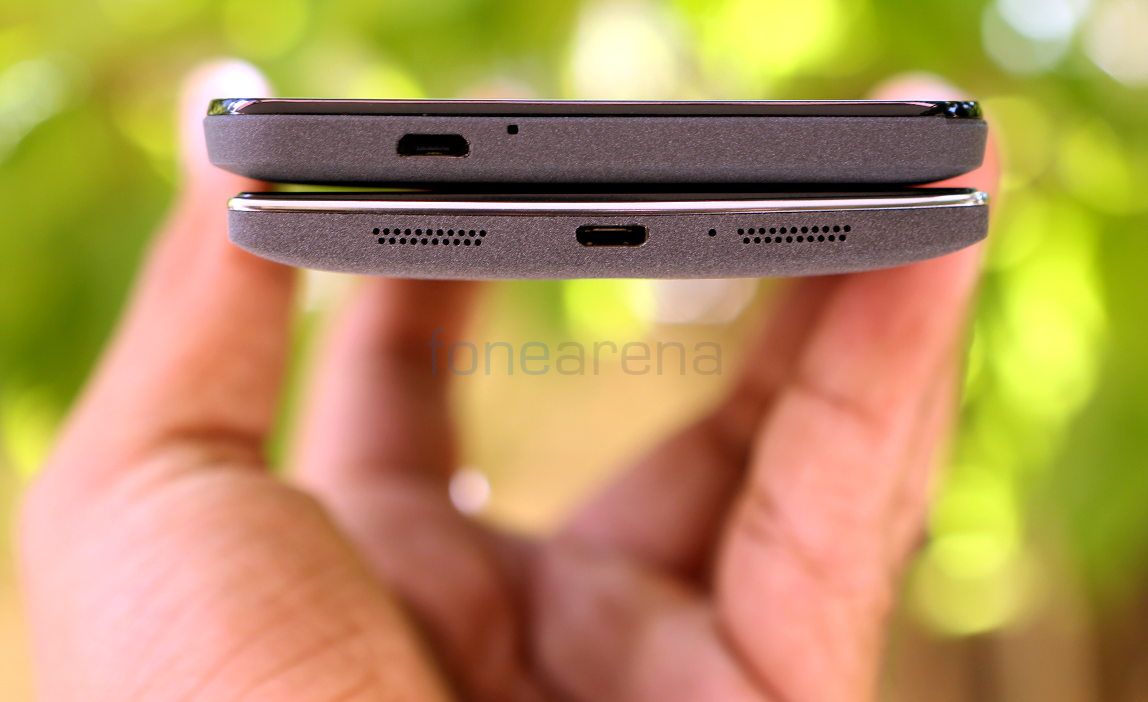 The Yureka has micro USB port at the bottom along with primary microphone while the OnePlus One has loudspeaker, microphone and micro USB slot. 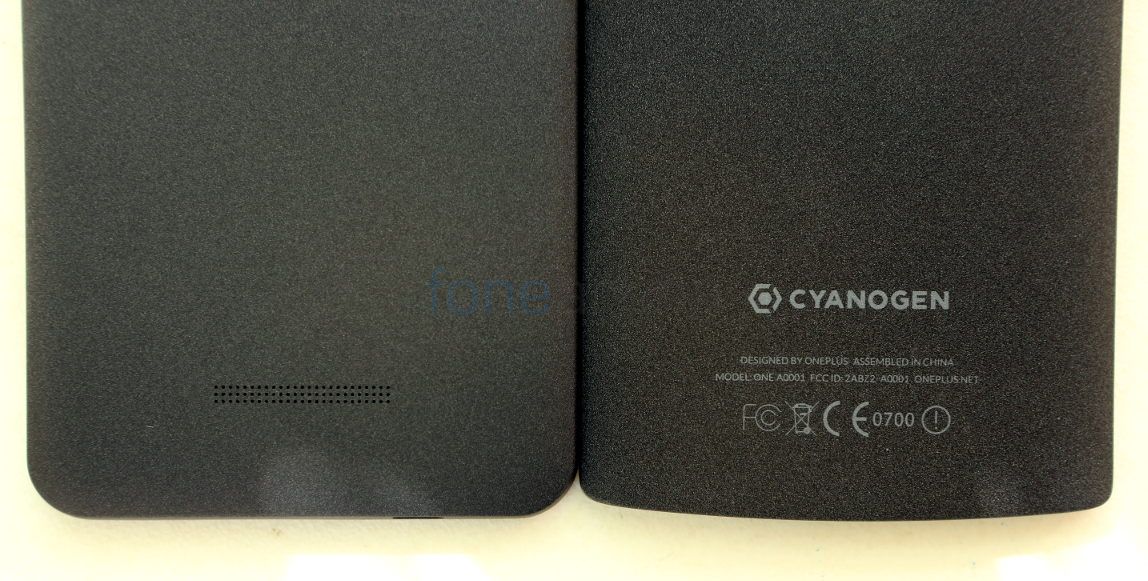 Loudspeakers on Yureka are present at the bottom of the back cover while OnePlus One has Cyanogen branding there. 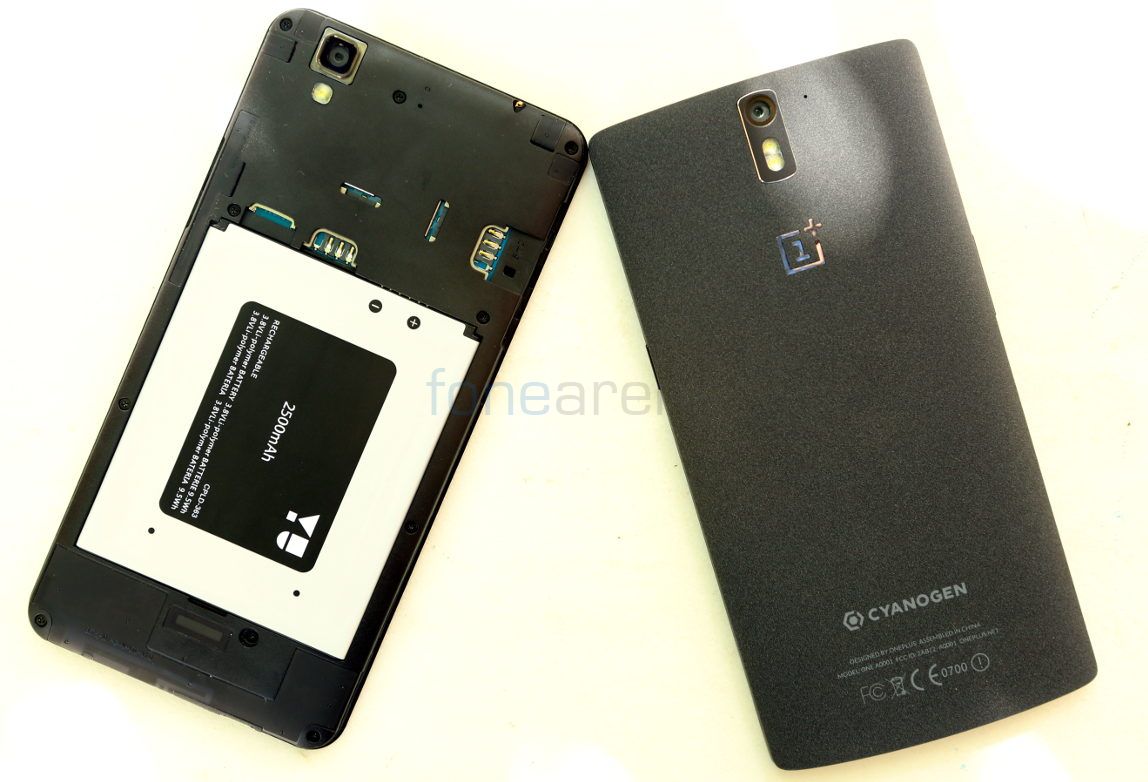 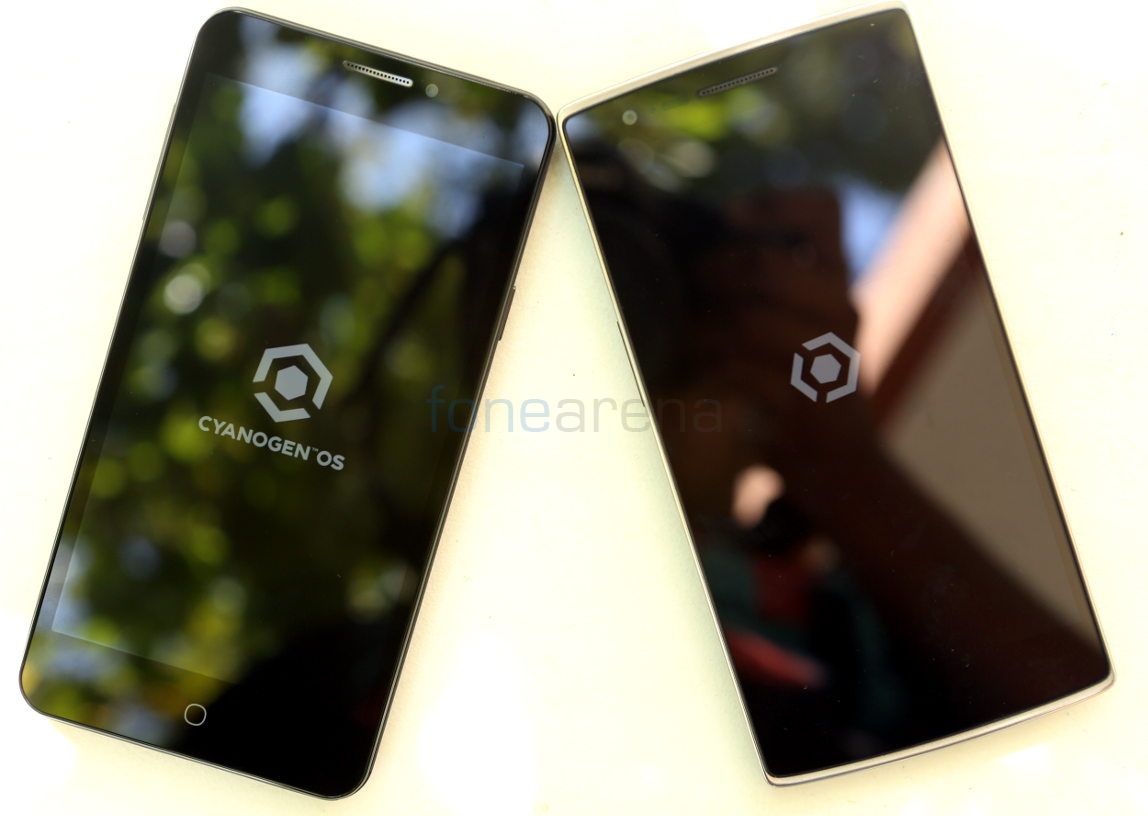