Xiaomi has revealed that it has sold 1 million smartphones in India since its debut. The Chinese smartphone maker has surpassed the 1 million mark in mere five months since it entered the country. 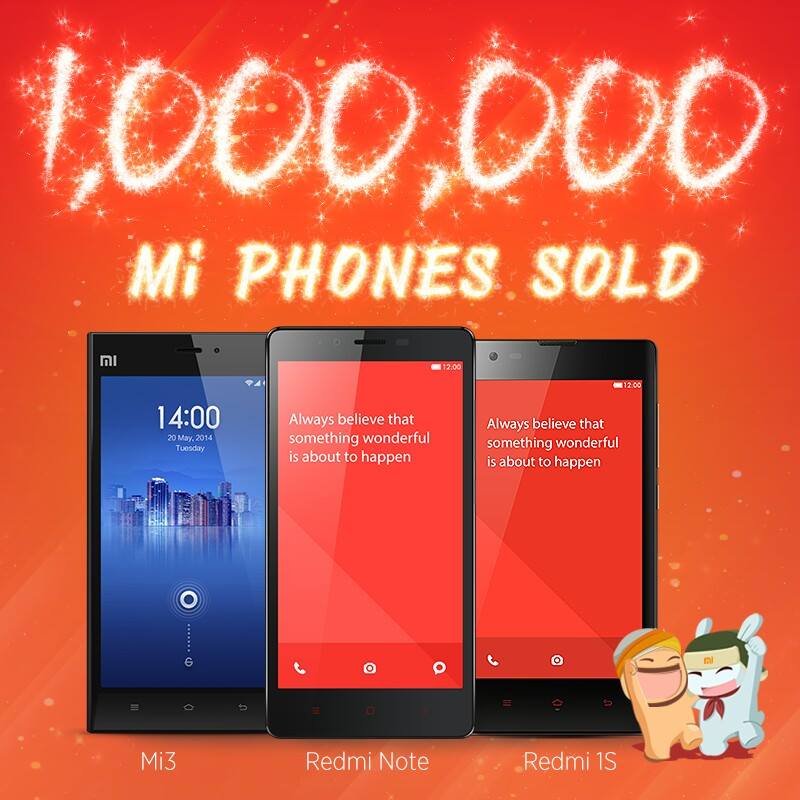 Xiaomi entered India in July this year by launching Mi3 via Flipkart. It sold Redmi 1S and Redmi Note until it was banned from importing and selling its smartphones in the country owing to patent infringement claim from Ericsson. However, the ban is partially lifted by Delhi High Court till January 8th. The Redmi Note 4G will go on sale in India next week.