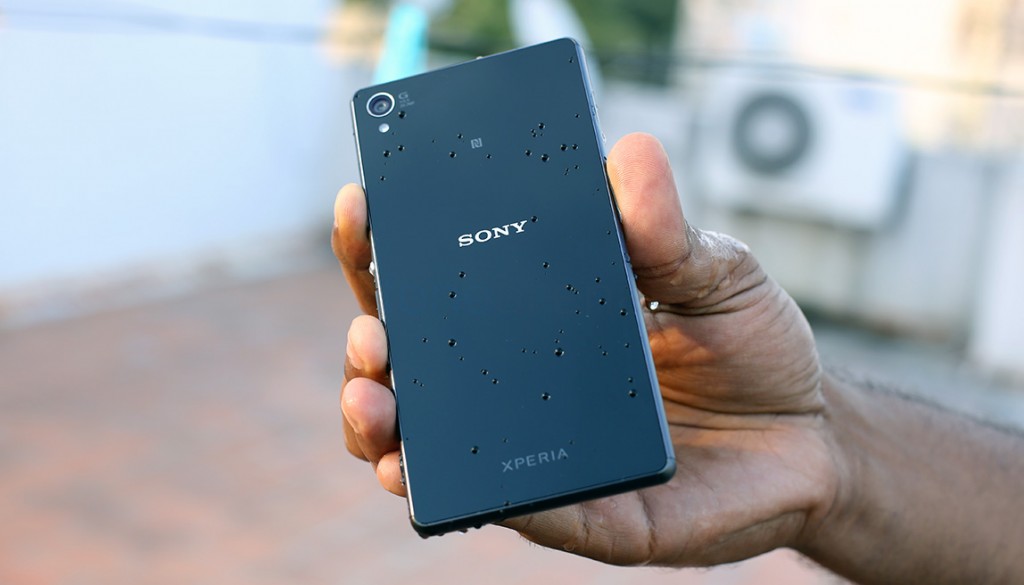 Sony introduced the Xperia Z3 and the Z3 compact recently, at the IFA event in Berlin. The obvious upgrades to the Z2 and the Z1 compact featured a slightly newer design and subtle changes to the hardware. One of the clear USPs of the Z3 is, of course, the camera. Since the Z1, Sony’s hardware for the camera has almost been consistent, but a lot of changes in software have not only added features, but made the experience much better. Another great USP of the Z3 and other Xperia devices is the ability to protect itself from water and dust. Couple these two and you get something that other flagships are not capable of. 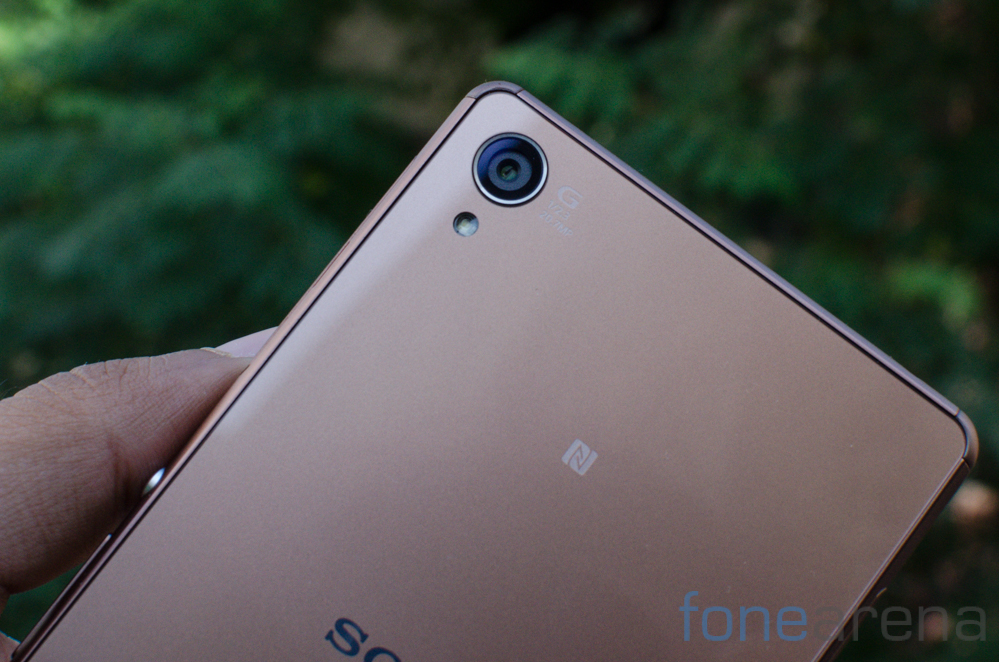 Lets talk about the camera first. The unit on the Xperia Z3 is a 20.7 megapixel 1/2.3” type Exmor RS sensor, with Sony’s own Bionz image processor doing all the heavy-lifting. The G lens is a 25mm equivalent wide angle unit with an aperture of f2.0, which is a slight upgrade from the 27mm f2.0 lens on the Z2/1 and the sensor also is a newer model but with the same pixels (IMX220 on the Z3 vs 200 on the Z2). 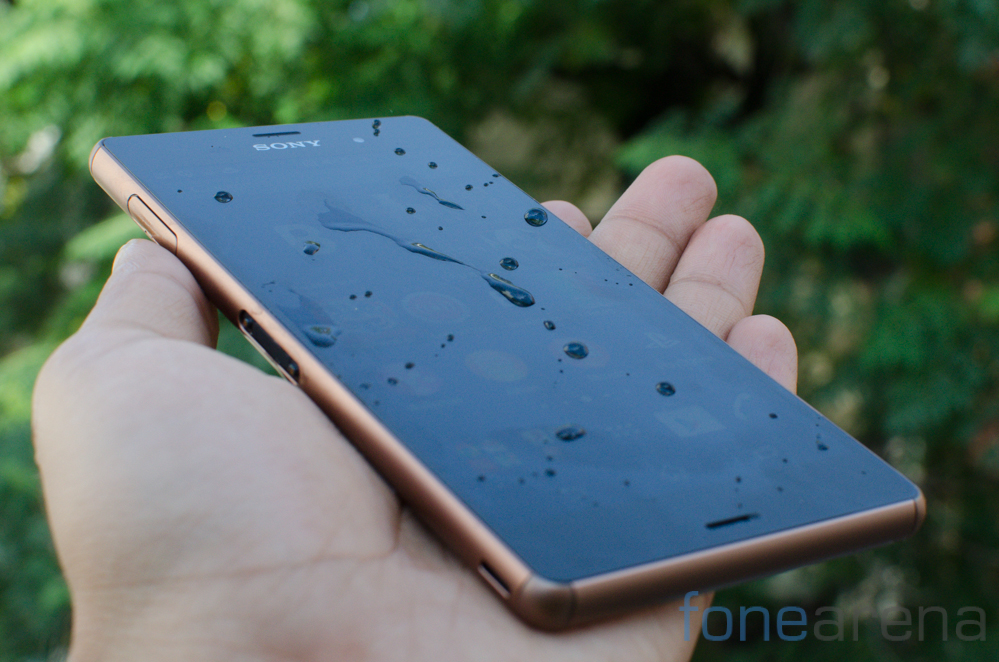 On the waterproofing side, the phone comes with an Ingress Protection rating of 65/68, making underwater photos and videos possible. The phone can stay underwater for 30 mins, with a maximum depth of 1.5 m. Both these features combine to offer an experience most other phones cannot match, and that is underwater shooting, or rather, shooting without fear of getting the phone damaged by water. Just imagine the freedom you get. You can do a swim with the camera on, you can shoot videos underwater, you can go to a water park and shoot rides and even go surfing with the phone strapped to your hand. Even a GoPro needs a case, but the waterproof Z3 and the Z3 compact can pull it off without one. We wanted to test this capability out, so we took the Z3 to a water park and played with, well, water.

Ever since Snapdragon 800 happened, Sony’s phones have had 4K video support. A 4K video has 4 times the pixels of a 1080p video and it results in absolutely clear output that can safely be played on large TVs. Since we were in a water park, we thought, why not take it for a ride. What will a first person view of a water ride look like, in 4K resolution? Here’s the video we shot, to find that out –

This is something not possible on most other phones out there, and we were literally the only ones in the park with a phone on us, ON A RIDE, cool, right? Also, we were quite surprised to see the video so stable on a ride that usually induces a lot of shake on the camera. Guess the digital steadyshot feature for image stabilization is working well here.

Next up, we also wanted to test the underwater capabilities, not just splash proofing, so we made a really meta slow motion video. Firstly, it features the Z3 compact, which is practically the smaller version of the Z3 and has all the same waterproofing abilities, so we dropped it in water. Secondly, the phone does record 720p video at 120 fps and it even has timeshifting capability to let you choose the different parts of the video you want slowed down. The mode you have to select on the menu is “Timeshift video” and it records a 120 fps 720p video with the ability to convert it to 30 fps video once it’s shot. The good thing is that it can save both the videos, giving you the headroom for editing, later. Anyways, here’s the video we shot.

Apart from this, there are other standout features like Multi camera, which lets you pair your phone with other Xperia phones and use their viewfinders to take a single photo or video with multiple angles. This is one feature that we want to see on other flagship phones too, especially with the NFC pairing making it super easy.

Now on to photos, we have the usual Superior Auto mode, with 8 MP oversampled photos and manual mode, for taking full resolution 20.7 MP snaps. These modes are the same as what we have seen with the Xperia Z2 and even the Z1. The phone generally takes great shots in most lighting conditions, and here are some sample photos to demonstrate the performance –

When it comes to low light, Sony has introduced the highest ISO ever on a smartphone, with 12800 being the limit. To turn this on, one has to go to the manual mode, with 8 MP resolution, and select the “ISO High sensitivity” scene, as shown in the screenshot above. This enables the camera to go way beyond the usual limit of ISO 800, up to 12,800, according to Sony. This differs from shot to shot, and we were able to see a max of 6,400. This enables the camera to take bright picture in completely dark situations, but as we have seen with high ISO pictures generally, a lot of detail is lost. But even when there is a lot of processing going on, the images are surprisingly usable.

Here are some low light samples –

So these are the capabilities we wanted to highlight on the Sony Xperia Z3. It was really quite an experience to take a good camera into the water and take photos and videos without the fear of damaging it. The other features were just icing on the cake. The combination of the camera and the water proofing capabilities are really worth a look if you are into water sports, and for others, this is an added advantage that most other phones cannot offer. What do you think of these features? Let us know in the comments section below.