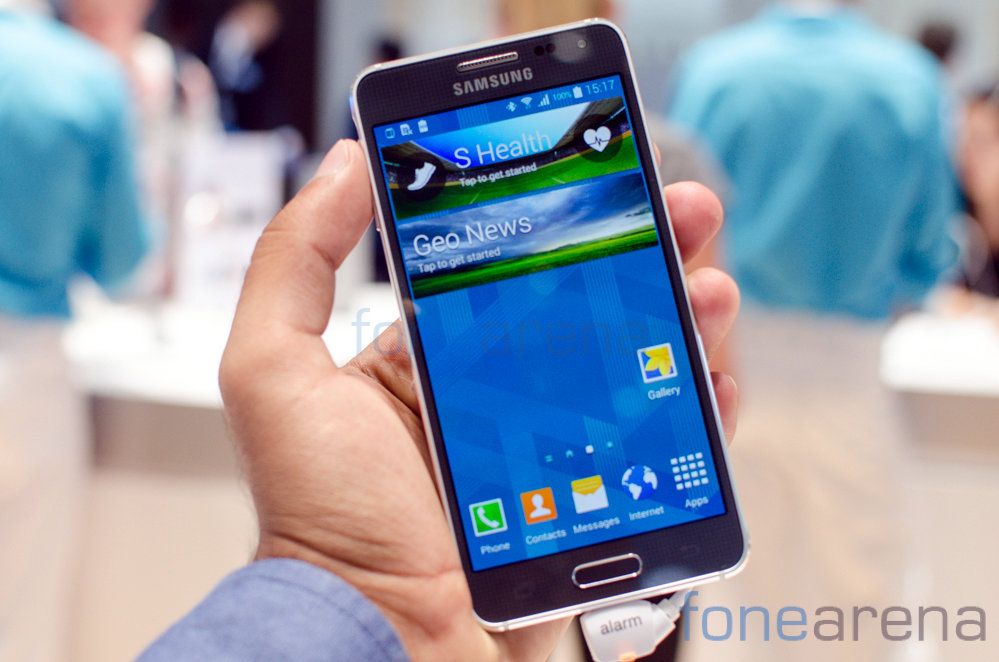 Samsung has launched the Galaxy Alpha, the company’s first smartphone with an unique metal frame and 6.7mm slim body. It was unveiled last month and packs a 4.7-inch (1280 x 720 pixels) Super AMOLED display, powered by a Octa-Core Exynos (1.8GHz Quad + 1.3GHz Quad) processor and runs on Android 4.4.4 (KitKat). It has a 12-megapixel rear camera with LED flash and a 2.1-megapixel front-facing camera.

The removable back cover has smooth finish. It has Finger Scanner for a secure, biometric screen locking feature and mobile payments and a built-in heart rate monitor. We got to check out the Galaxy Alpha at the IFA earlier this month, check out the hands-on video. 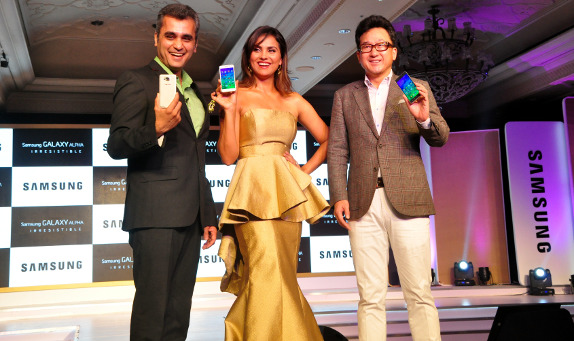 As the market leader, Samsung has significantly contributed to the market growth by setting new benchmarks in offering the best-in-class technology and products. With the launch of Galaxy Alpha, Samsung is announcing a new design approach to satiate customer demands for an irresistibly stunning and stylish product. This revolutionary product will change the dynamics of the premium smartphone segment in India.

The Galaxy Alpha was built and designed based on the specific desires of the consumers. With an entirely new appearance, the Galaxy Alpha focuses on both beauty and functionality combining a stunning metal frame and slim, light weight design with the same powerful hardware and features users expect from a flagship Galaxy mobile device.

The Samsung Galaxy Alpha comes in Charcoal Black, Dazzling White, Frosted Gold, Sleek Silver and Scuba Blue colors and is priced at Rs. 39,990 in India. It will be available in the first week of October. Samsung has tied up with Airtel to offer 5 GB of 4G data for two months in 4G circles.