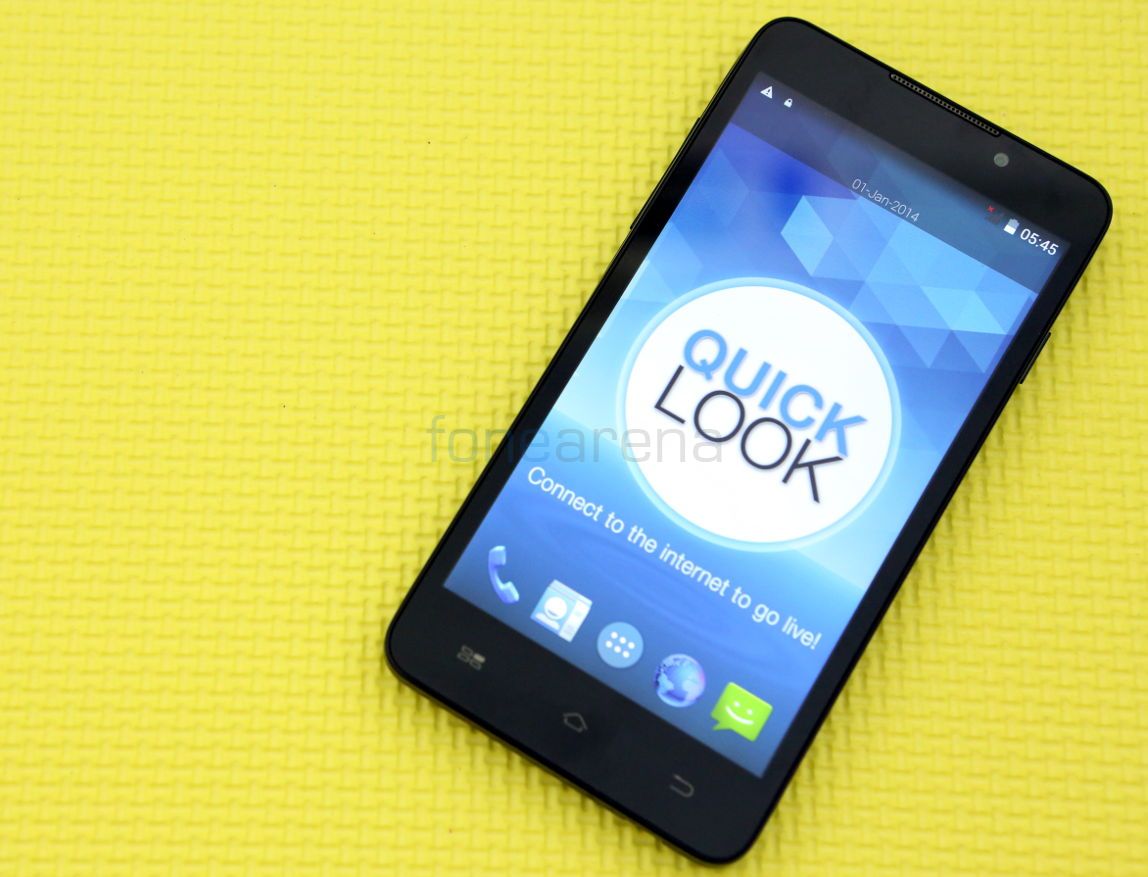 Today Micromax launched the Canvas Nitro A310, the company’s latest top-end smartphone in the Canvas series priced at Rs. 12,990. We got to check out the smartphone, and here are is the hardware walkthrough and the first impressions of the device. 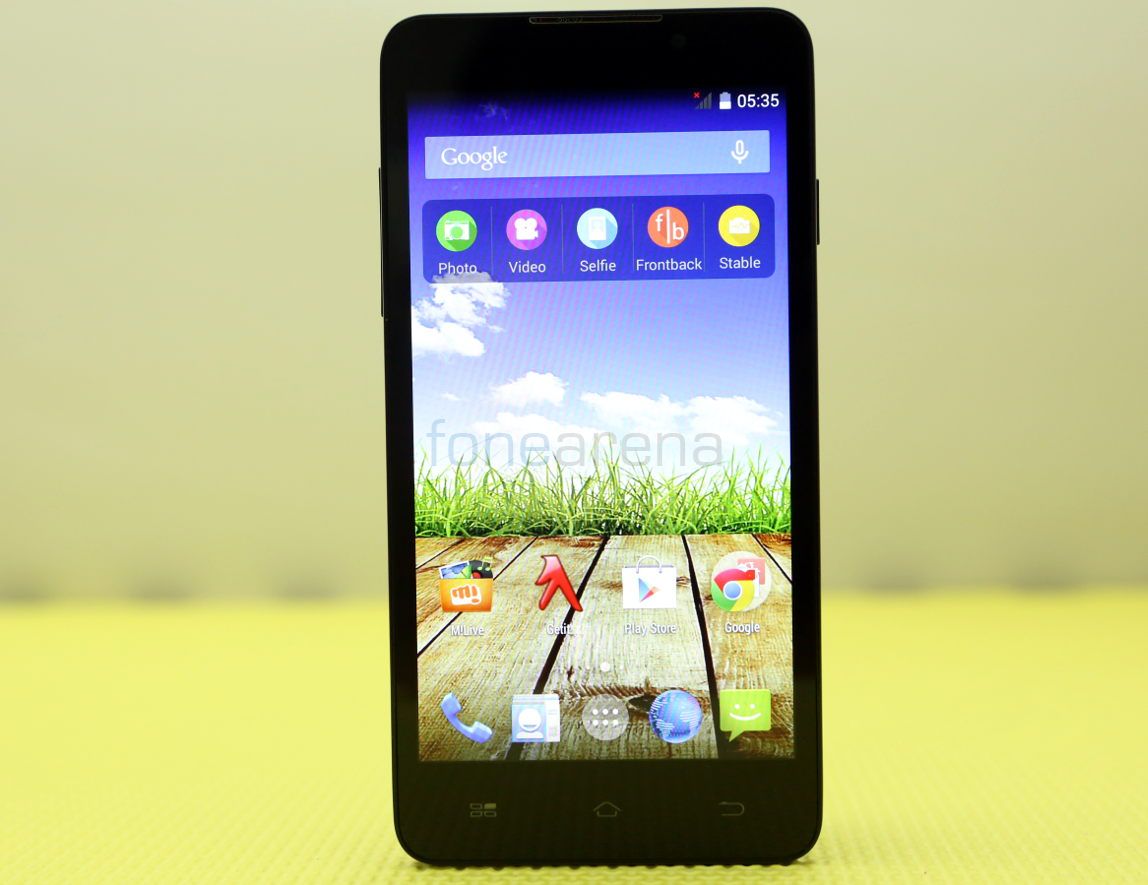 The Canvas Nitro has a 5-inch 720p screen with 178-degree viewing angle and has anti-fingerprint oleophobic coating. The pixel density is 294 PPI, but the screen is bright. It comes with several new software features and widgets. Quick Look is the new homescreen that offers you news, updates from your social networks and more. It also has several new widgets for camera and a lockscreen called Blinkscreen. It is powered by a 1.7 GHz Octa-Core MT6592 processor with Mali 450 GPU and has 2GB RAM. 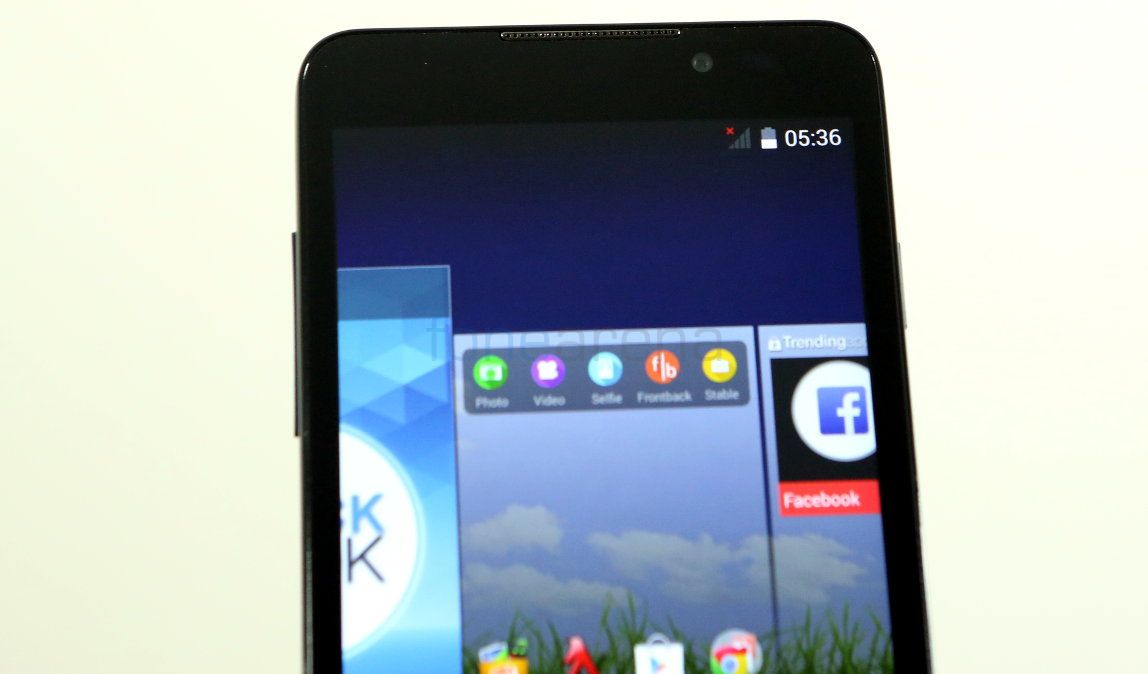 The earpiece is present on the top along with a 5-megapixel fixed focus front-facing camera with OmniVision OV5648 sensor, 22mm wide-angle lens with 75-degree viewing and the usual set of sensors next to it. 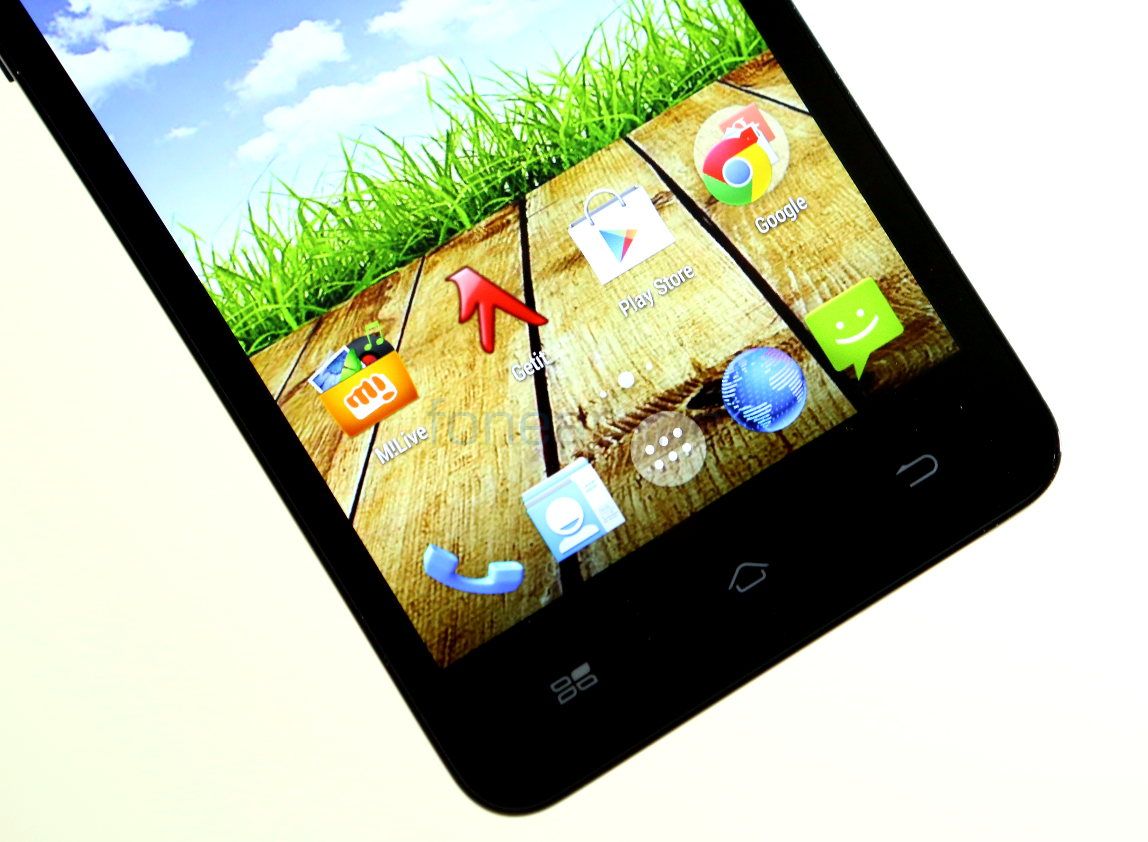 It has the usual set of capacitive touch buttons below the display. These are backlit and offer haptic feedback when pressed. 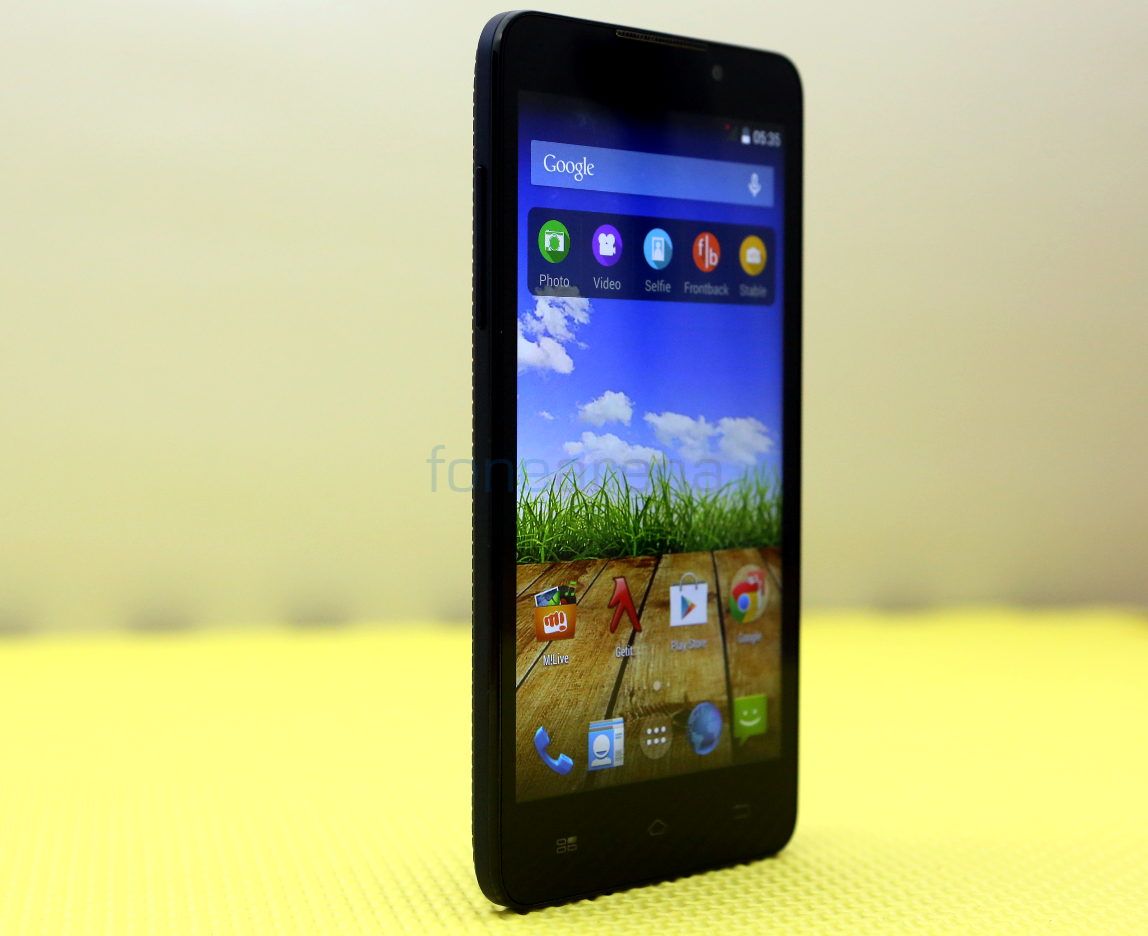 The smartphone has curved corners, similar to Unite 2, the company’s budget smartphone. 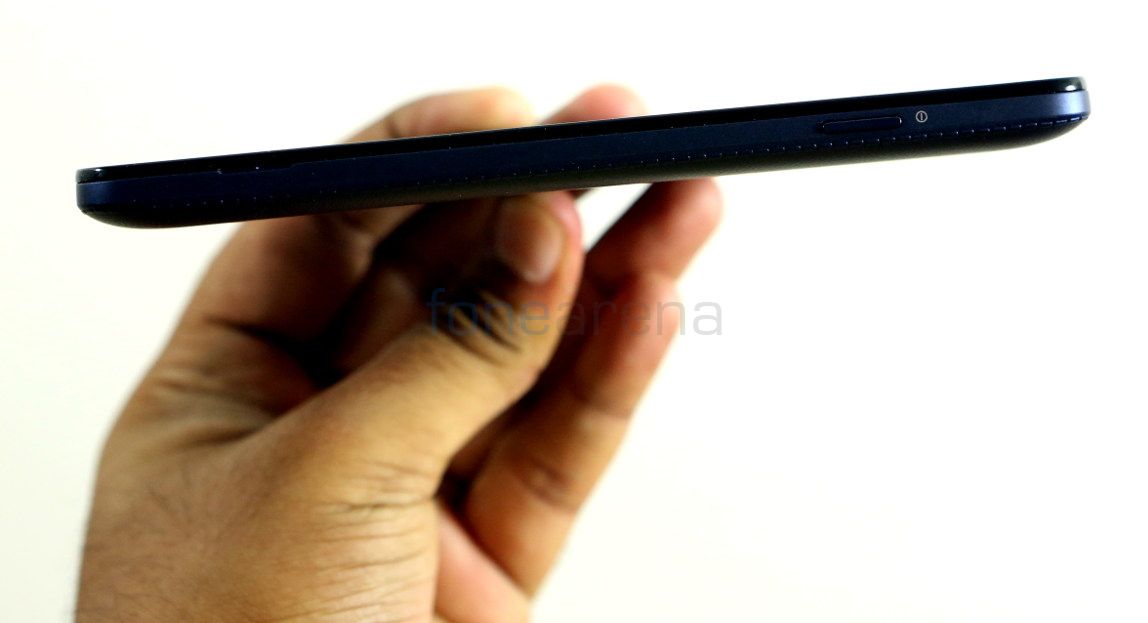 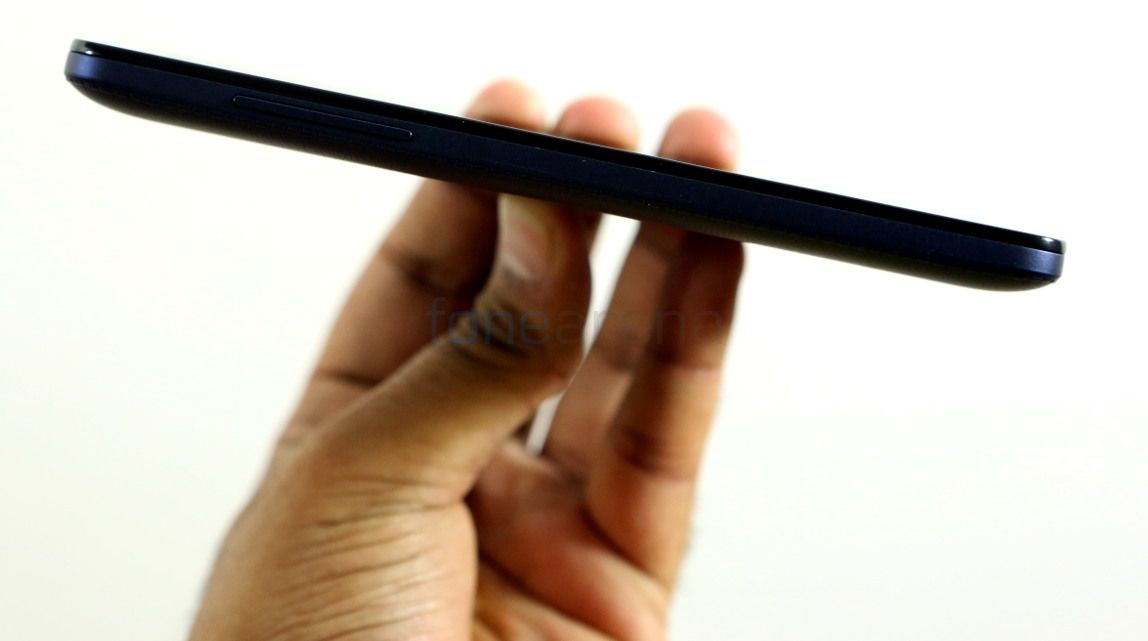 The volume rockers are present on the left. 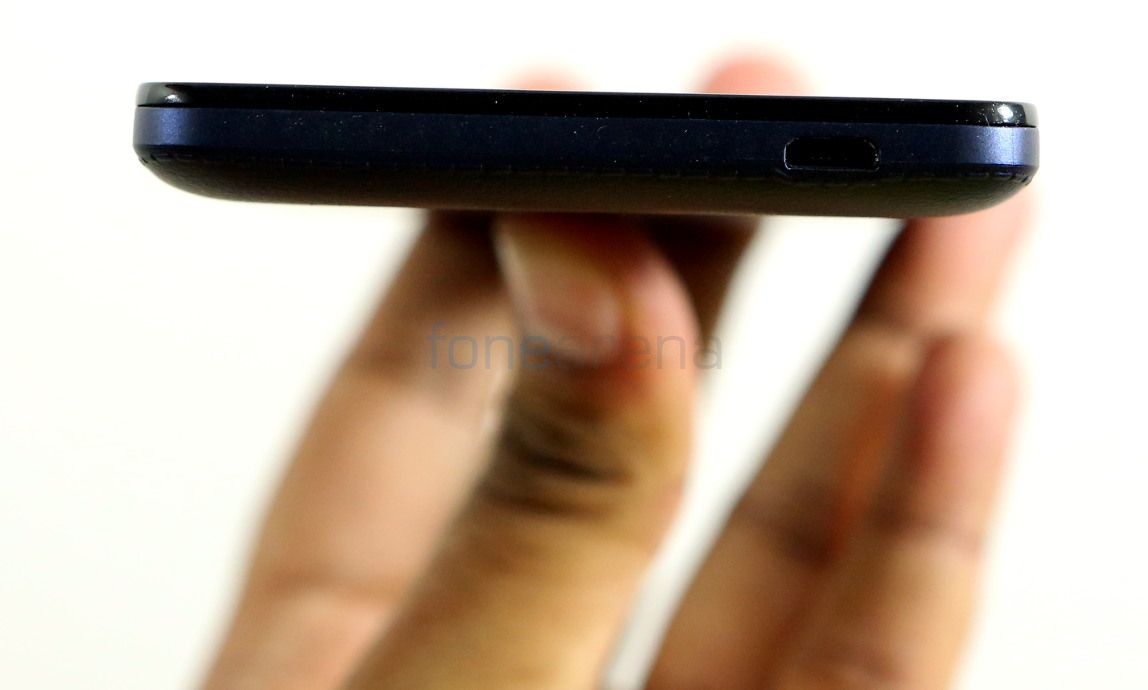 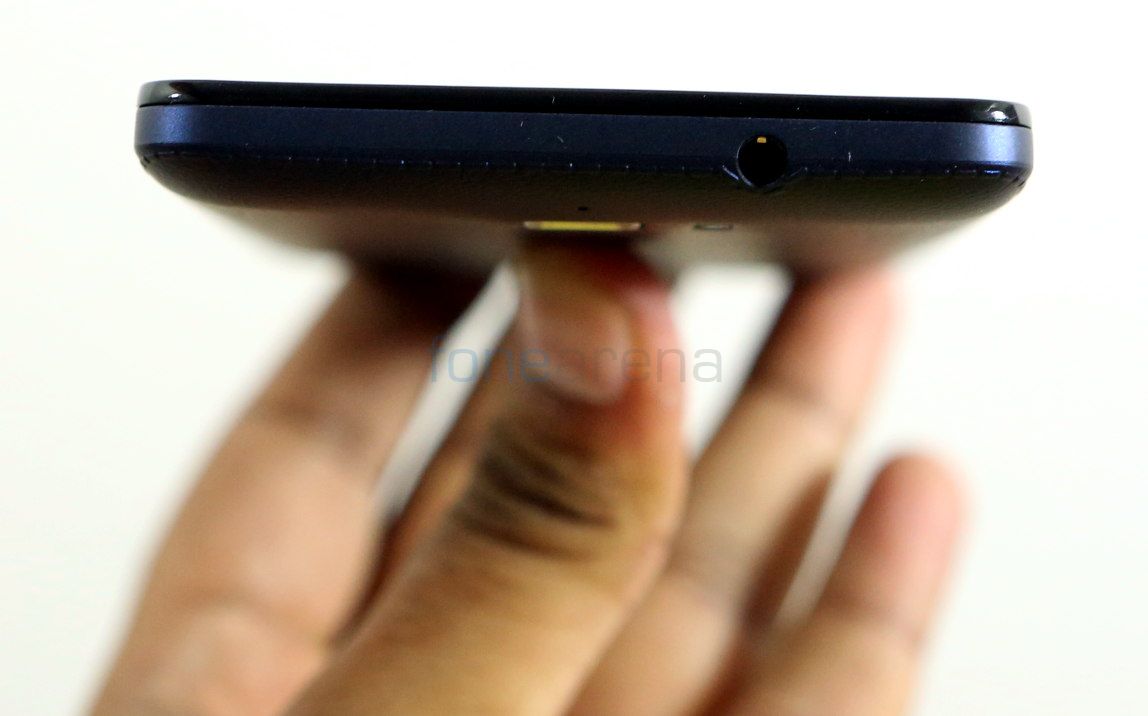 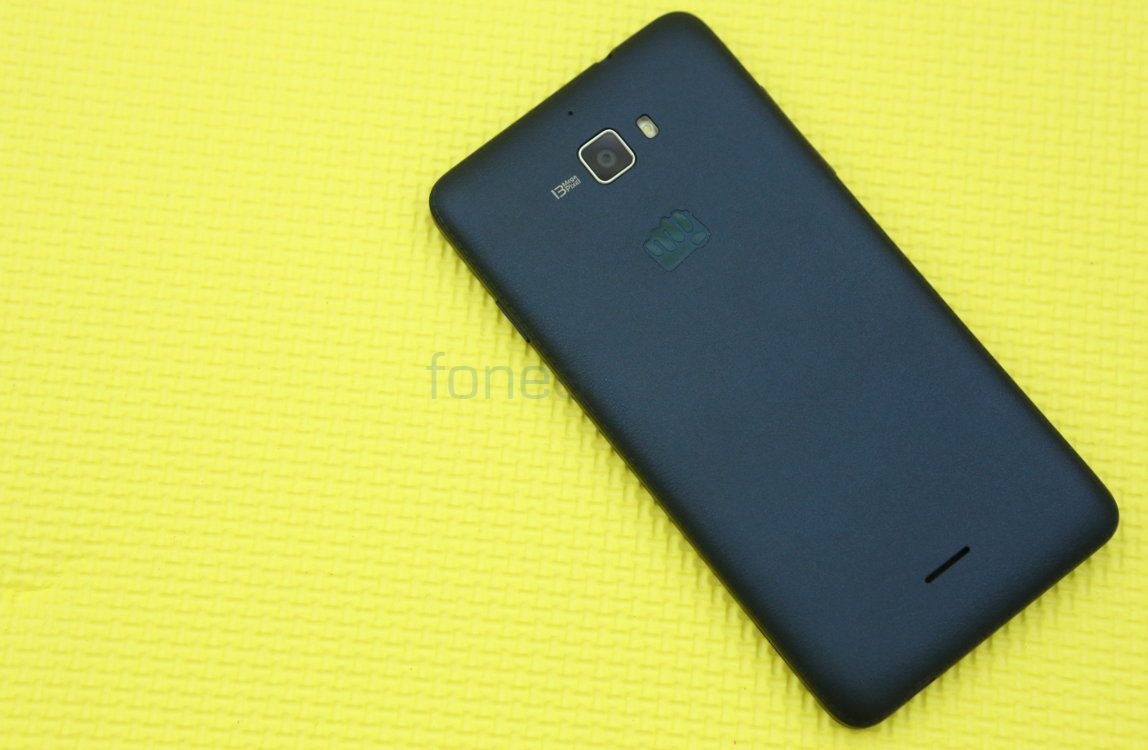 The back cover has leather-like finish, which looks pretty neat and also feels premium. The color we have here is Mesmerising Blue, but the smartphone also comes in Pristine White color. 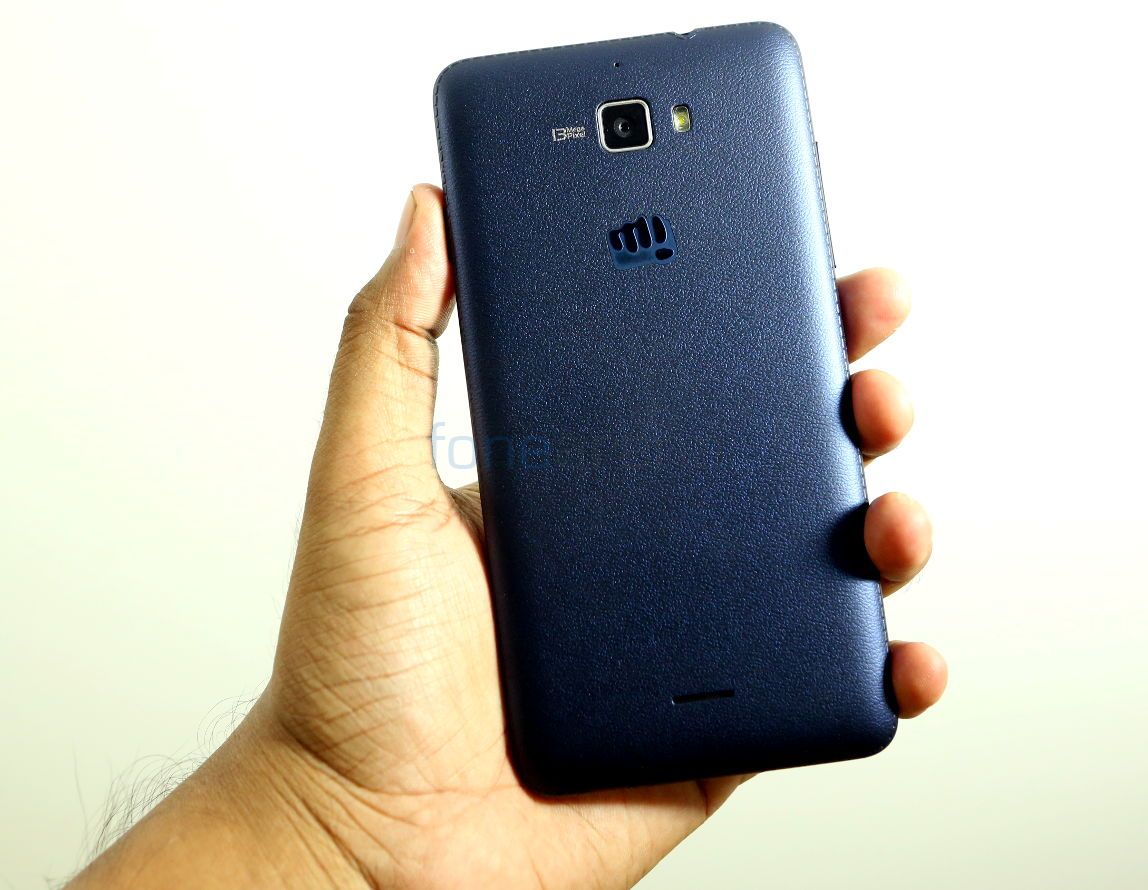 Even though it has a large screen, it is comfortable to hold. 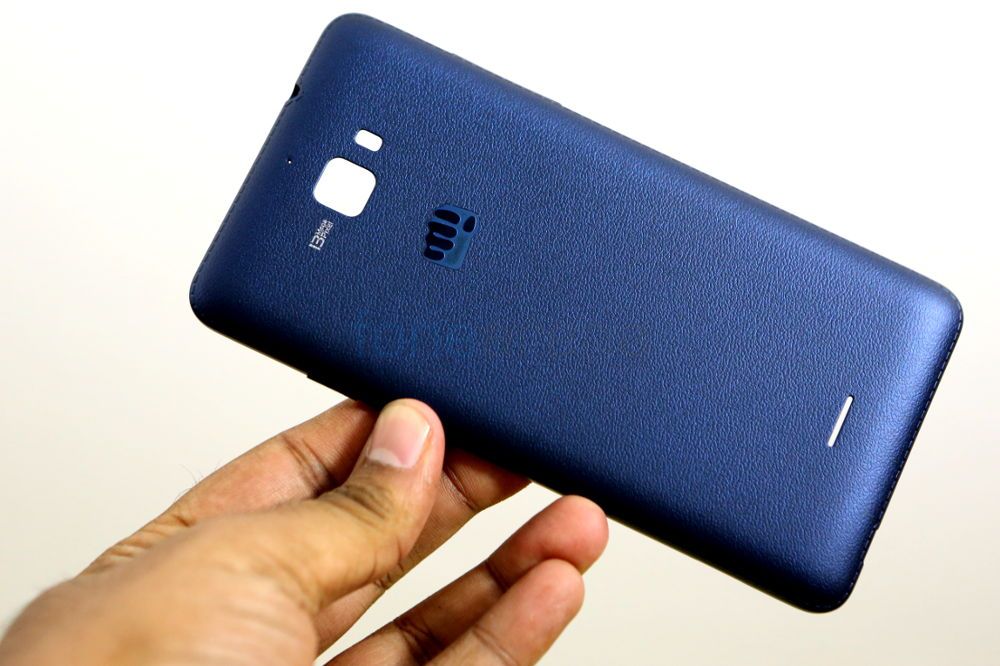 The back cover is actually made of plastic, but feels like it’s made of leather. 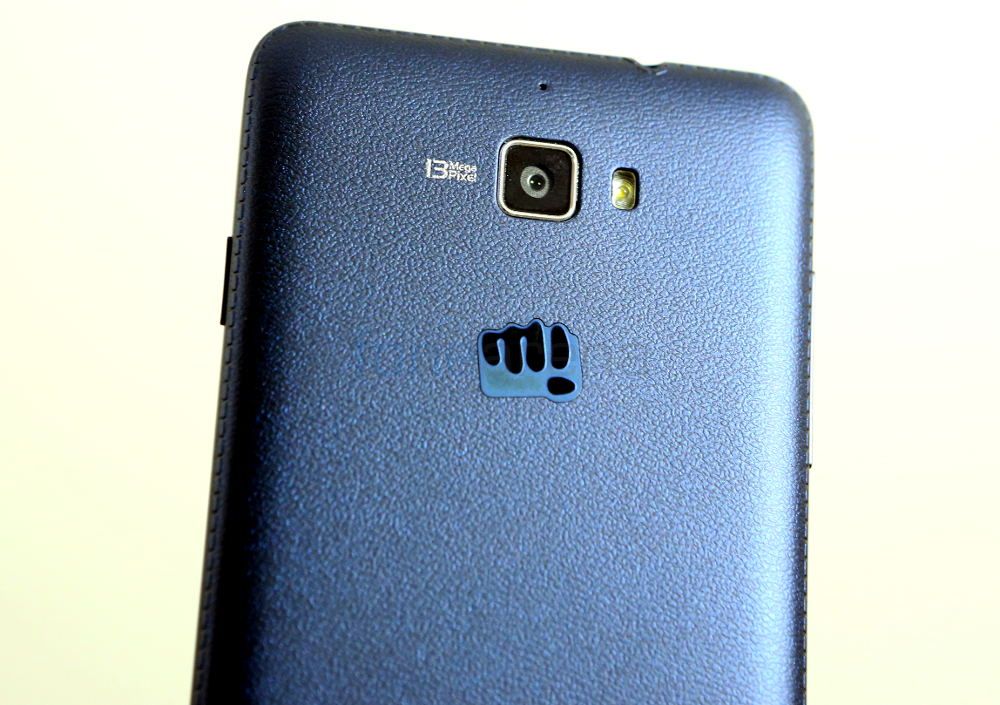 There is a 13-megapixel rear camera with single LED flash. It uses a Sony IMX135 CMOS sensor with f/2.2 aperture, Largan 5P 28mm lens and also has Blue Glass filter. 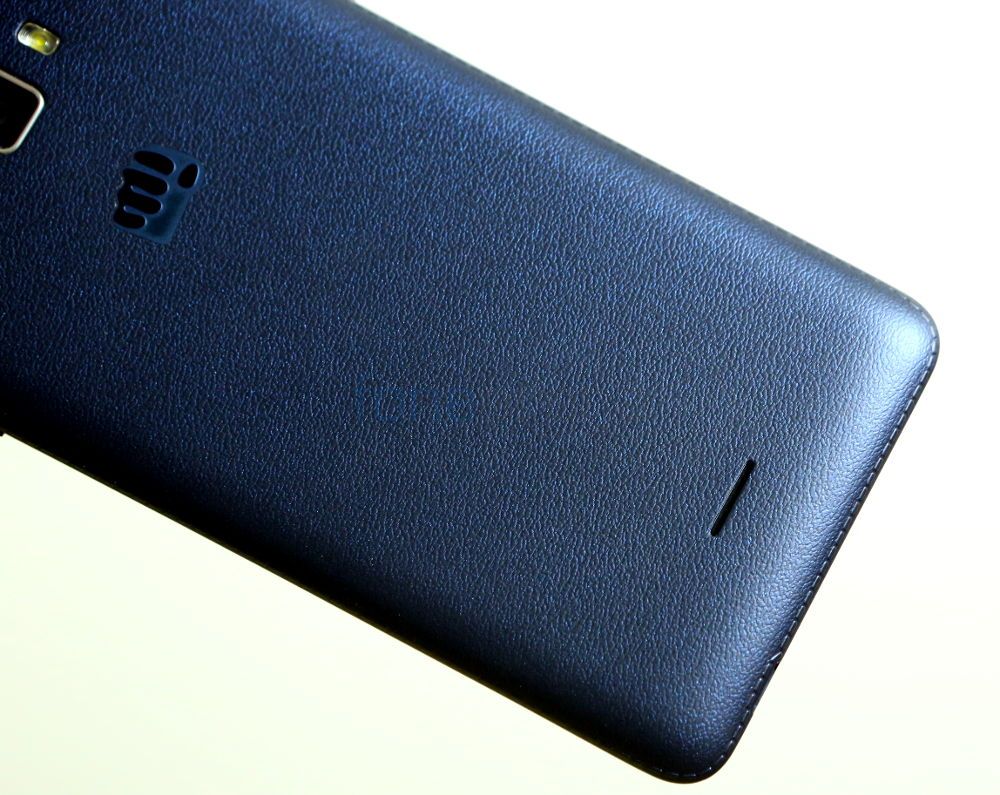 The loudspeaker grill is also present on the back. 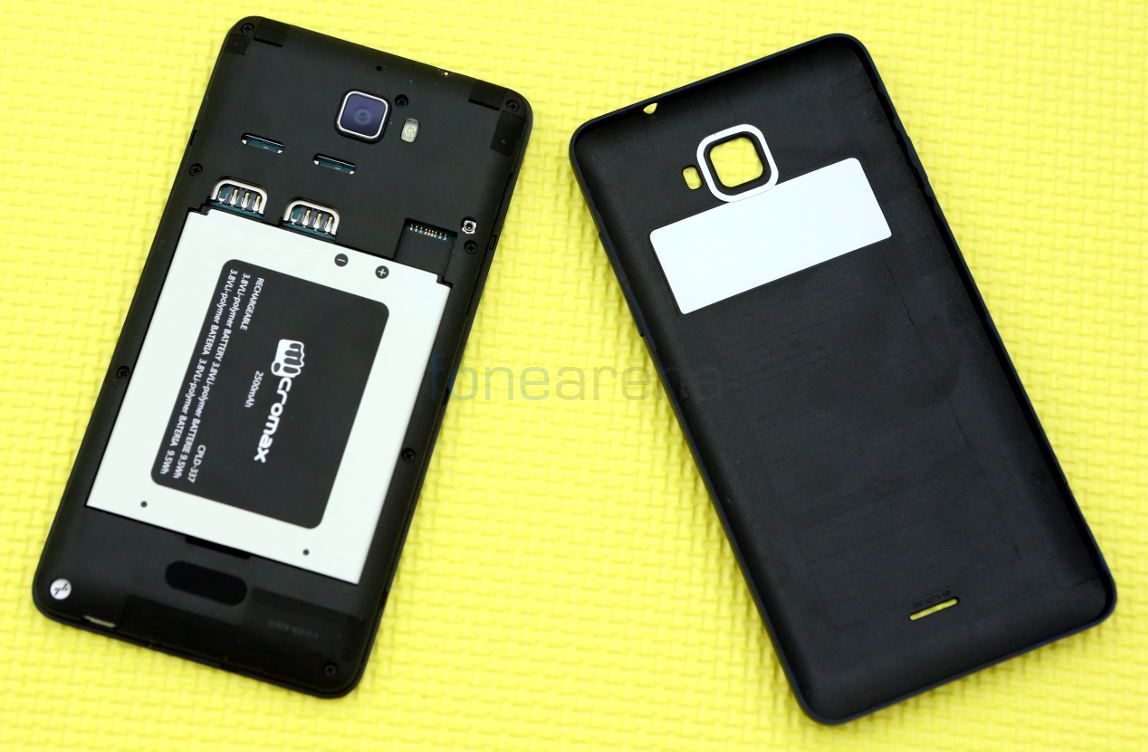 Removing the back cover reveals the battery, microSD and the SIM card slot. 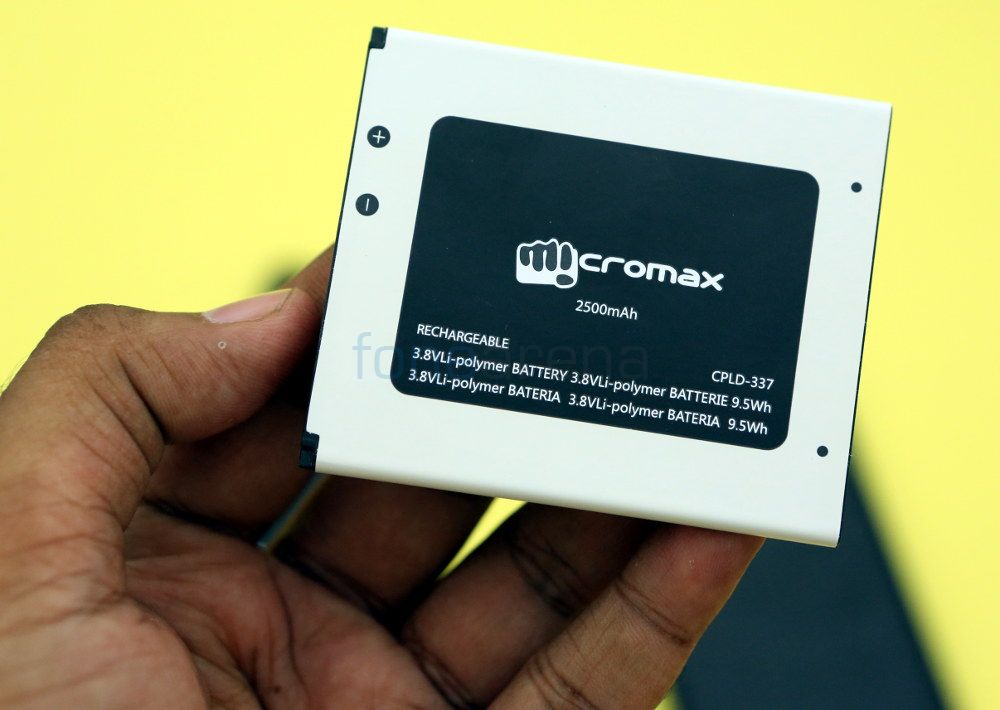 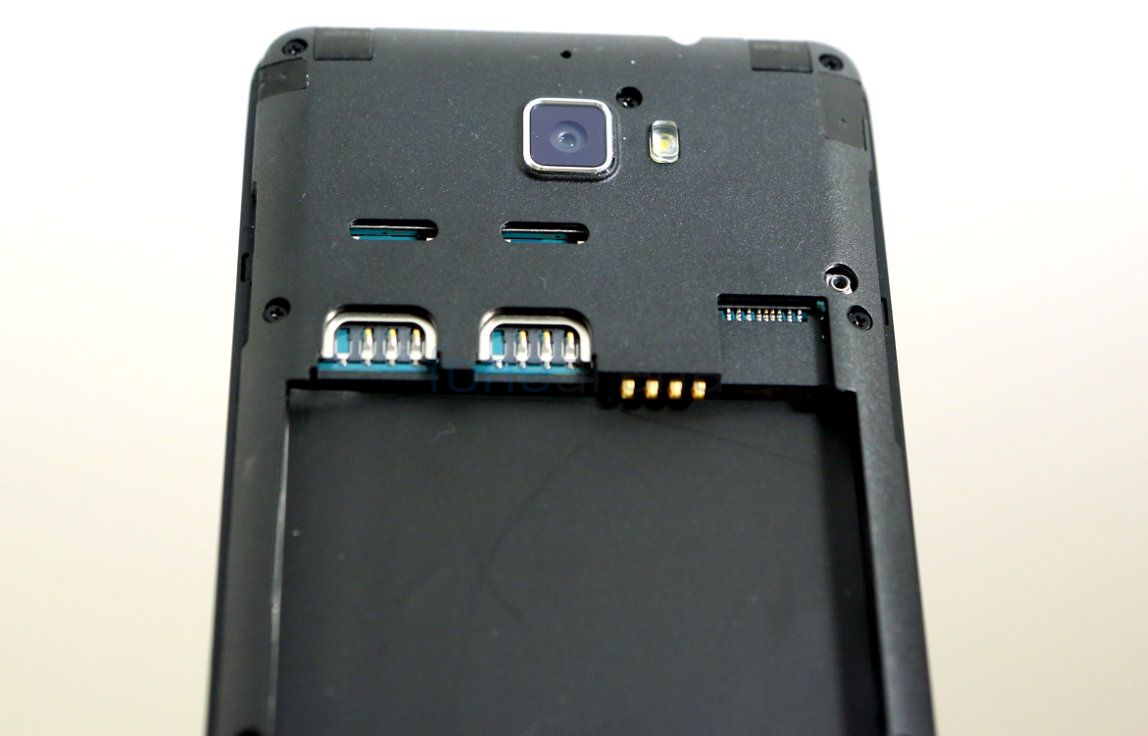 It has two micro SIM card slots and a microSD card slot. It has 8GB of internal storage as well. Apart from the screen size, Android version and the battery capacity, most specifications are similar to the Xiaomi Redmi Note that is expected to go on sale in India soon. We will be bringing you the Unboxing, Benchmarks, Camera samples and the complete review of the smartphone soon.