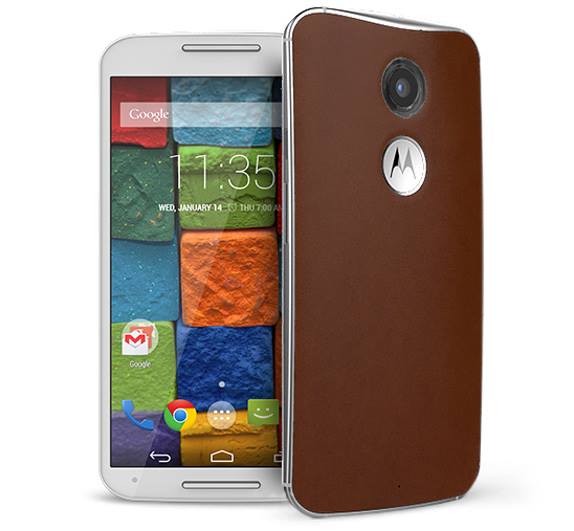 Motorola Mobility has announced the new Moto X, the successor of last year’s Moto X. It has a 5.2-inch (1920 x 1080 pixels) AMOLED display with Corning Gorilla Glass 3 protection, powered by a 2.5 GHz quad-core Snapdragon 801 processor with Adreno 330 GPU and runs on Android 4.4 (KitKat). It has a 13-megapixel camera with an f/2.25 lens, dual LED flashes with a circular ring around it and a 2-megapixel front-facing camera.

It has 2GB RAM, 16GB internal storage and 2300 mAh battery. It uses a single nano SIM and has 25 back finishes including leather and wood as rumored earlier. It has Moto Display, which is the same Active display, Enhanced voice control and more. It has four microphones for noise cancellation and infrared sensors on the front for hands-free commands. It has a metal frame for a premium feel.

The new Motorola Moto X is priced at $499.99 (Rs. 30,200 approx) without contract and $99.99 with a new two-year customer agreement on select carriers in the US. It would be available in North America, Latin America, Europe and Asia starting later this month. Motorola has announced that the smartphone would go on sale on Flipkart later this month, but no word on Indian pricing yet.