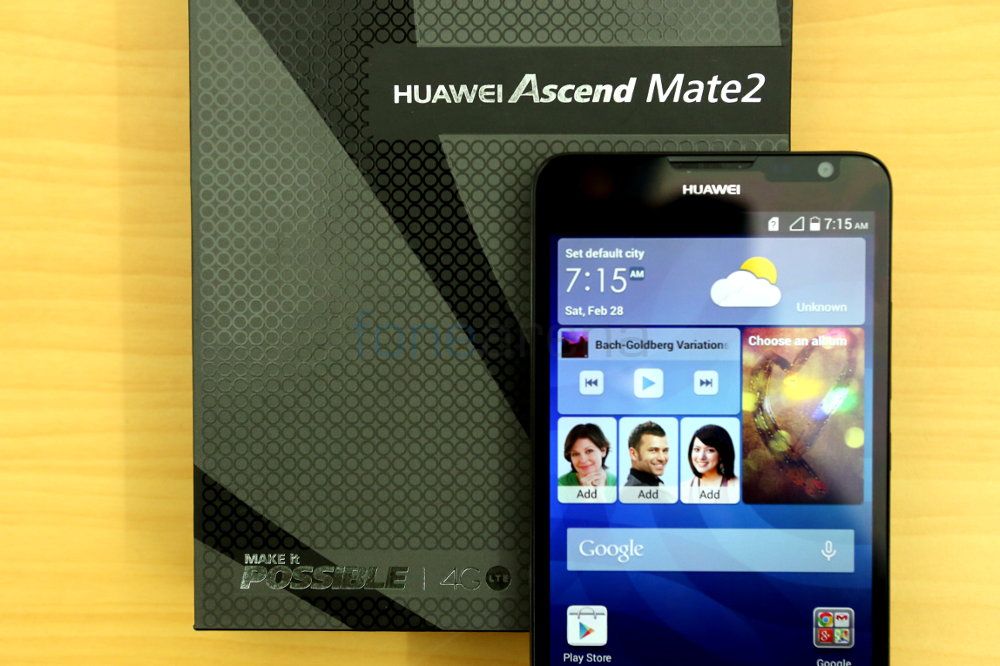 Huawei unveiled the Ascend Mate 2 at the CES 2014 earlier this year. We brought you the hands-on impressions of the smartphone from the event. Here we have the smartphone with 4G LTE support for unboxing. This is the successor of the Ascend Mate that was launched last year, and looks similar to its predecessor in terms of design, but the internals have been upgraded. Check out the unboxing video below.

Before looking at some images, here are the complete specifications of the Ascend Mate 2. 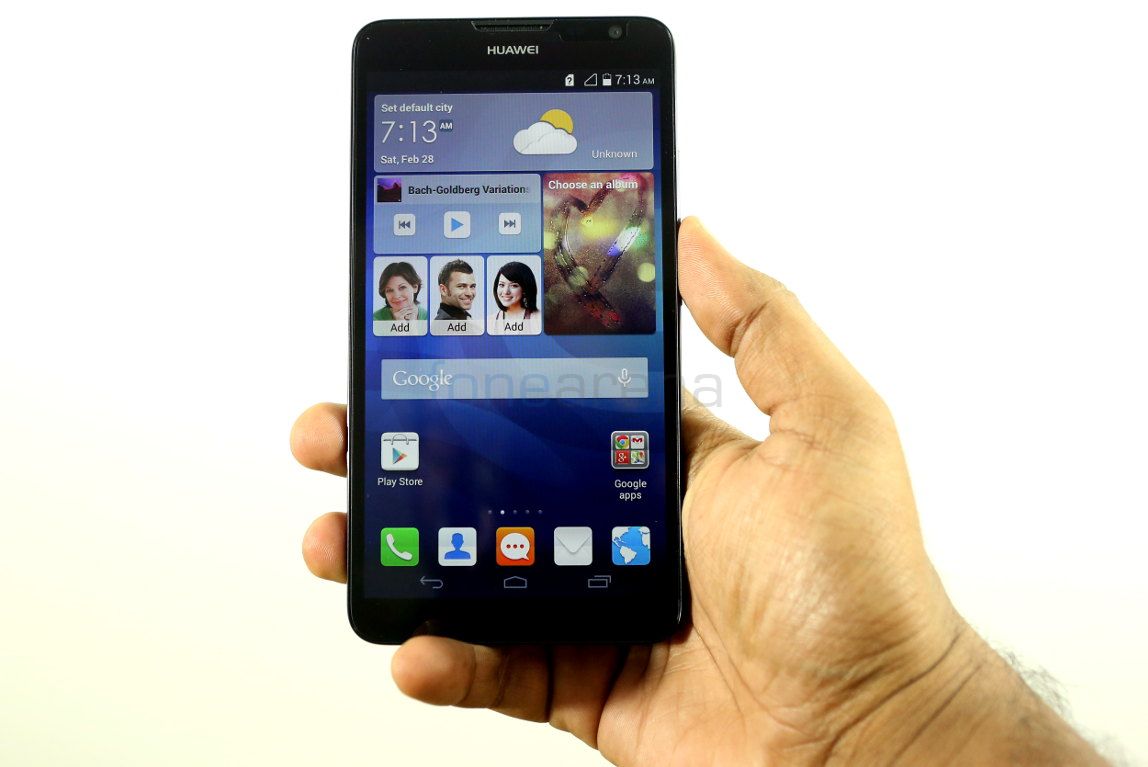 The 6.1-inch 720p has minimal bezel on the sides. It has Gloves Mode that makes the super-sensitive touch screen, so you can use your smartphone with gloves. It has the same Emotion UI we had seen on other Huawei smartphones. This lets you access everything from the homescreen. 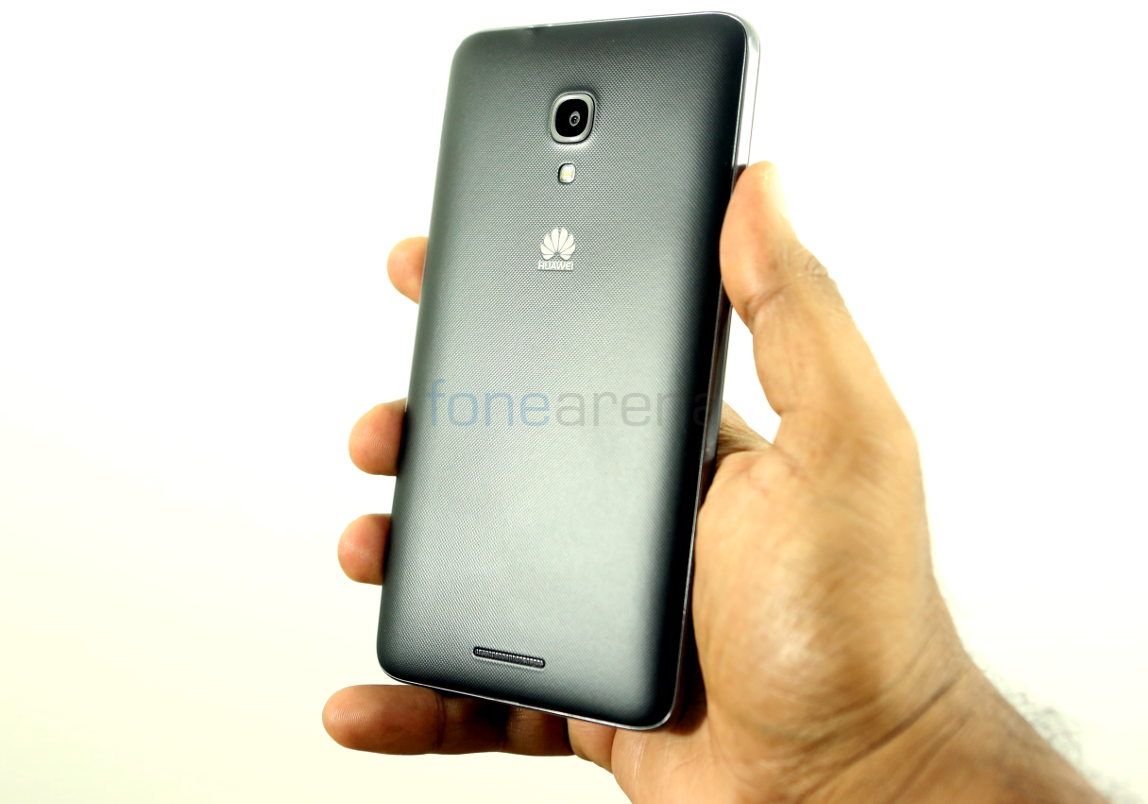 The back has tiny patterns for a better grip and a large loudspeaker. It also has a 13-megapixel camera with LED flash on the back. 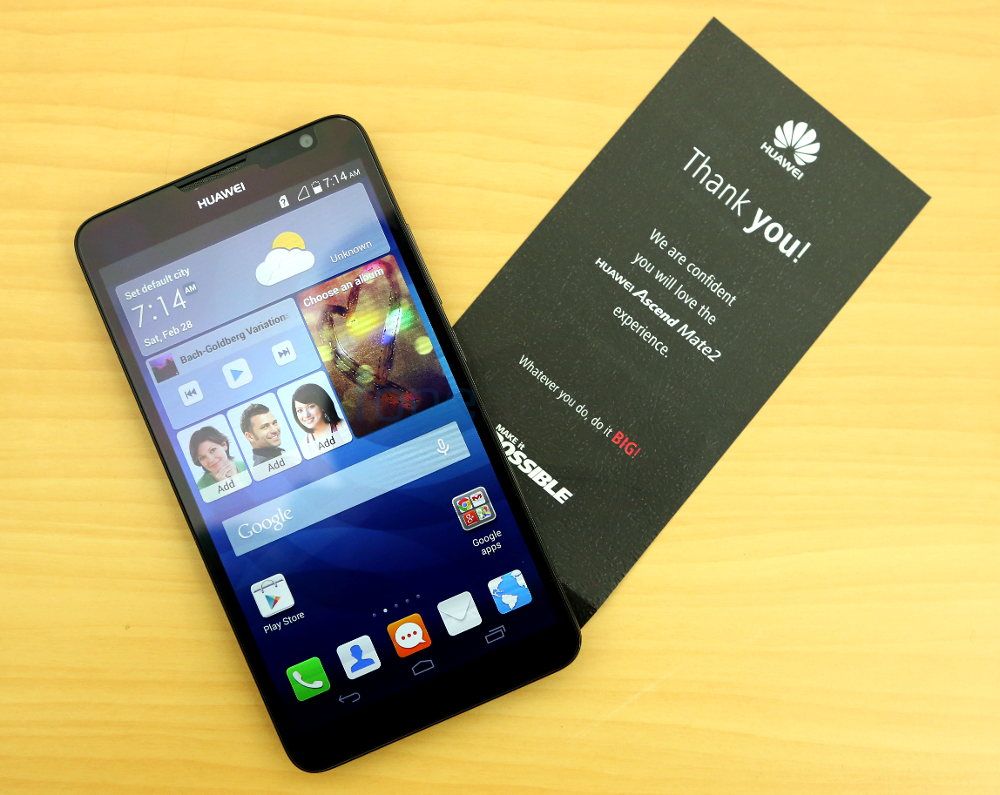 It has 4G LTE support. We have the MT2-L03 model that supports GSM (850/900/1800/1900 MHz), UMTS (B1/B2/B4/B5) and LTE (B2/B4/B5/B17). Only the MT2-L02 variant supports TDD LTE B40 that works in India currently. It has 4050mAh battery that promises  up to 2.5 days of battery life with standard use. We will be bringing you the benchmarks, gaming performance videos and the complete review of the smartphone soon. Huawei has not announced its plans to launch this smartphone in India yet.