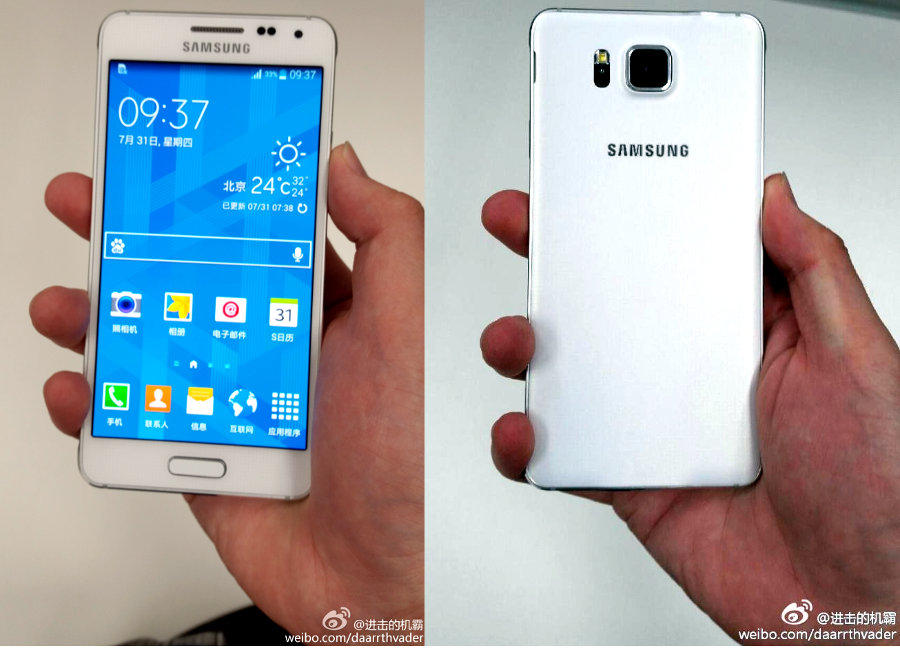 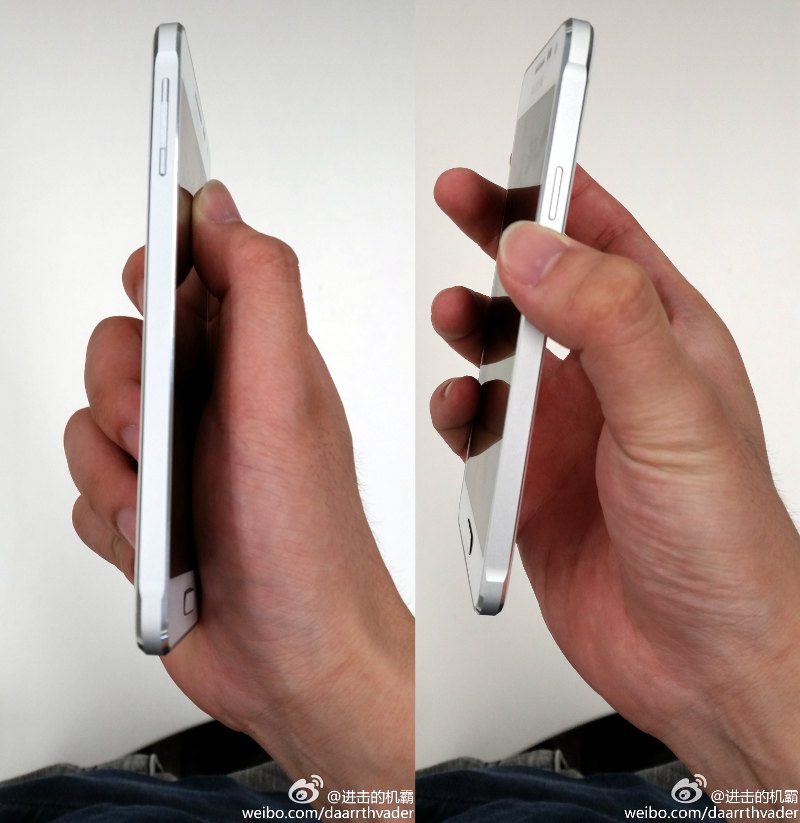 According to earlier rumors, the Galaxy Alpha is expected to come with a 4.8-inch 720p screen, octa-core Exynos 5 Octa 5433 or quad-core Snapdragon 805 SoC,  12-megapixel rear camera with LED flash, 2-megapixel front-facing camera,  2 GB of RAM, 32GB of non-expandable internal memory Android 4.4.4 (KitKat), fingerprint scanner and heart rate sensor. It would also come in 6.7-inch version, according to the same weibo user who leaked these images.

Last week in the earnings release, Samsung announced that it would release premium mobile devices and a new flagship smartphone with a large screen. The premium device could be the Galaxy Alpha and the large-screen flagship device could be Note 4.

The Samsung Galaxy Alpha is expected to be unveiled on August 13th, ahead of the Galaxy Note 4 event at IFA in Berlin on September 3rd.