We talked about an upcoming Samsung phone, the Galaxy NXT, a couple of days back, and the device has apparently gone on sale in the country already. Thanks to a benchmark listing, we got some insight into the device’s specs sheet that shouted entry-level. However, Mahesh Telecom from Mumbai is claiming to have the device in stock already, and has also posted a picture as proof (see below). 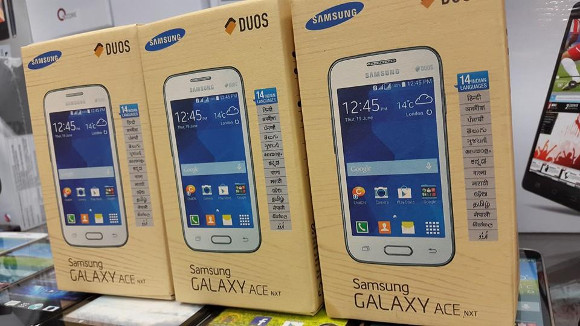 We assume you’re already aware of the specifications on this one, but just in case you aren’t, here’s what the phone comes with.

As GSMArena suggests, the device could well be a cousin of the Galaxy V (Vietnam) with an identical specifications set. However, we’ll wait for a word from Samsung on this before speaking any further. With homegrown manufacturers in Wickedleak, XOLO, etc. providing a much better specifications set (albeit at the cost of after-sales compromise), would you still prefer phones like this? In fact, the recently released Wammy Neo Youth packs an octa-core CPU at just a little over 1,000 INR more.

Be sure to let us know of what you think in the comments section below.