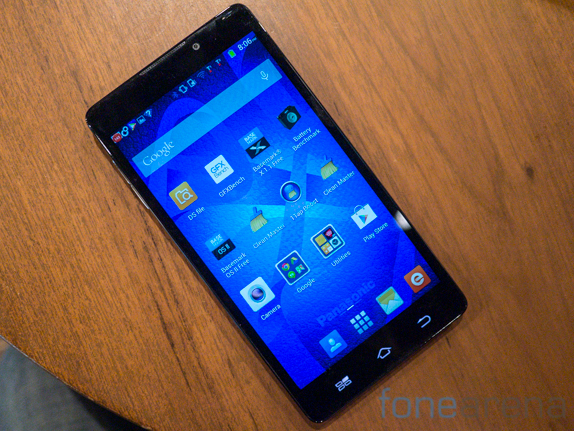 Earlier this month, Panasonic revealed its first entrant into the Octa Core race. The Panasonic P81 powered by MediaTek’s MT6592 chipset is the company’s flagship device. The phone has a 5.5 inch 720p display and runs on the 1.7Ghz variant of MediaTek’s chipset with Android Jellybean onboard. We put the handset through a series of benchmarks to pit it against the competition. Follow through to take a look at how the handsets copes up with synthetic benchmarks. 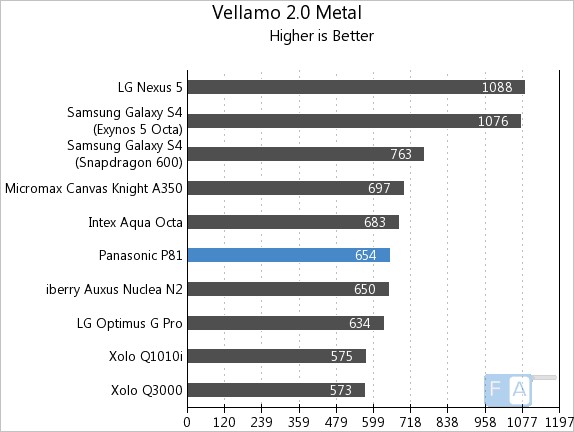 The Vellamo benchmark tests web standards performance on the device and the phone scores 654 points here. 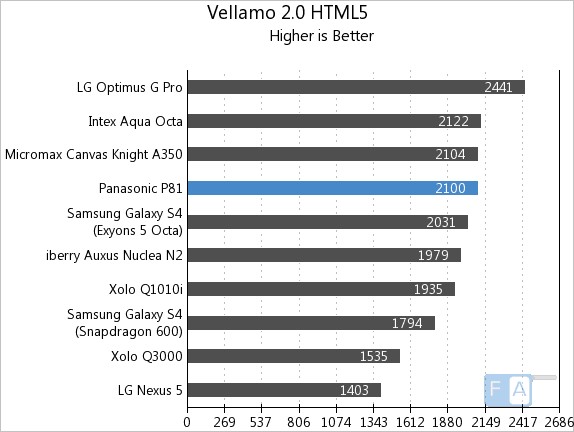 In the Vellamo 2.0 HTML5 benchmark that gauges HTML5 rendering performance on a device, the phone scores 2100 points which places it right in the middle of our test bed. 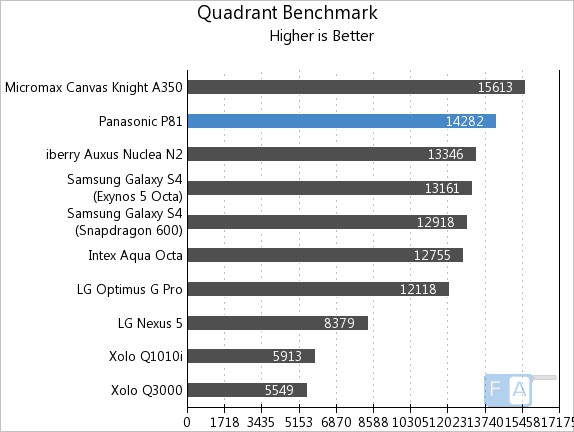 The Panasonic P81 scores 14282 points in the Quadrant benchmark which is amongst the highest in its category but it trails the Micromax Canvas Knight A350 that scores 15613 points. 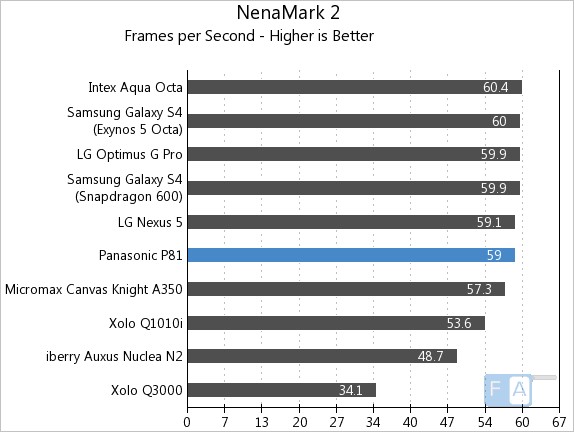 The phone achieved 59 frames per second in the NenaMark 2 benchmark. 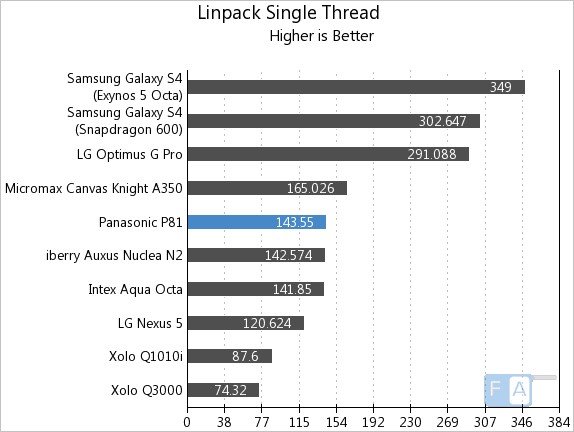 In the Linpack benchmark, the Panasonic P81 scored 143.55 points and ranked in the middle of the test bed. 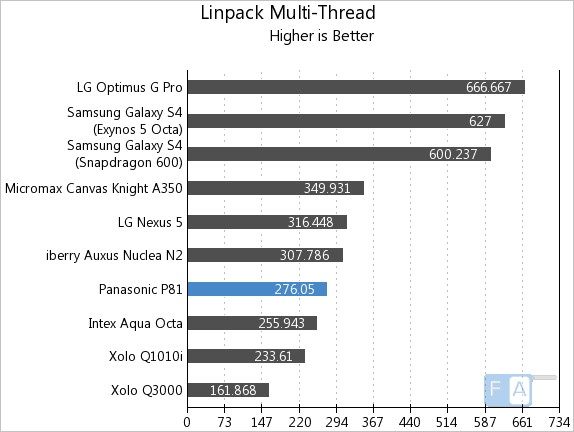 With a score of 276.05 points, the Panasonic P81 is placed amongst the lower group of devices in multi threaded Linpack test bed. 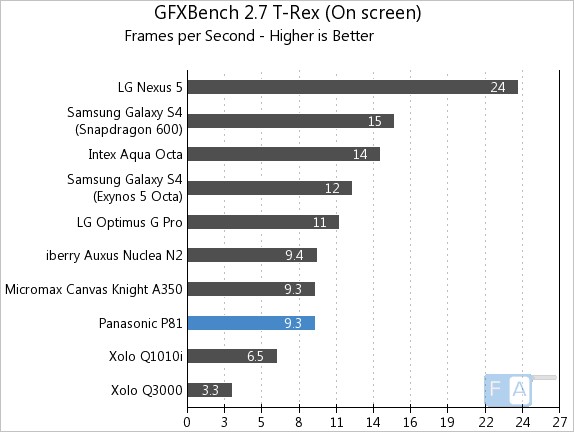 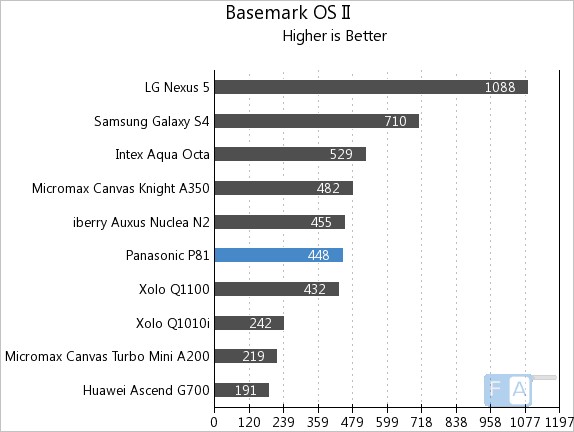 The Panasonic P81 scored 448 points in the Basemark OSII benchmark. 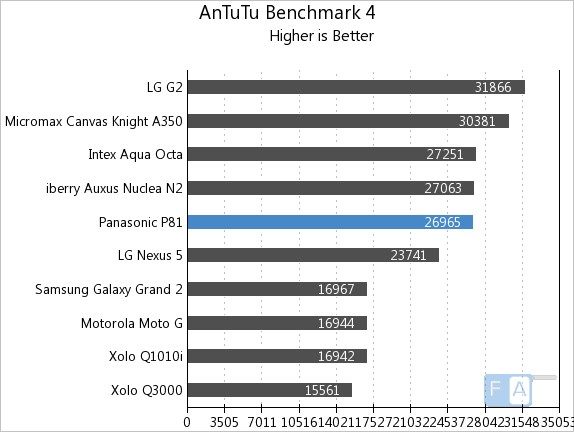 The AnTuTu 4.0 benchmark gives a cumulative performance score across various aspects of the device including the GPU. The Panasonic P81 scored 26965 points here. Overall synthetic benchmarks only tell part of the story when testing performance of a device. We’ll be talking about the real world usability of the phone in our full review shortly.