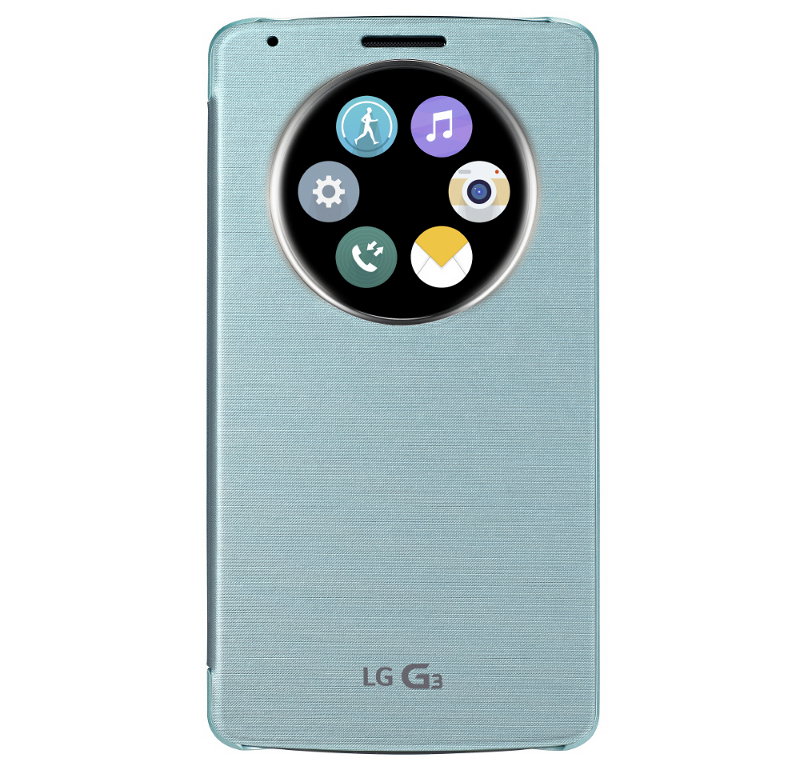 LG usually releases the official case for their flagship smartphones ahead of the official launch. The company has just announced QuickCircle Case for its upcoming flagship smartphone, the LG G3, a week before the launch. This folder-style case lets users check the time, place calls, send text messages, take photos, listen to music and more from the circular window, without opening the phone. 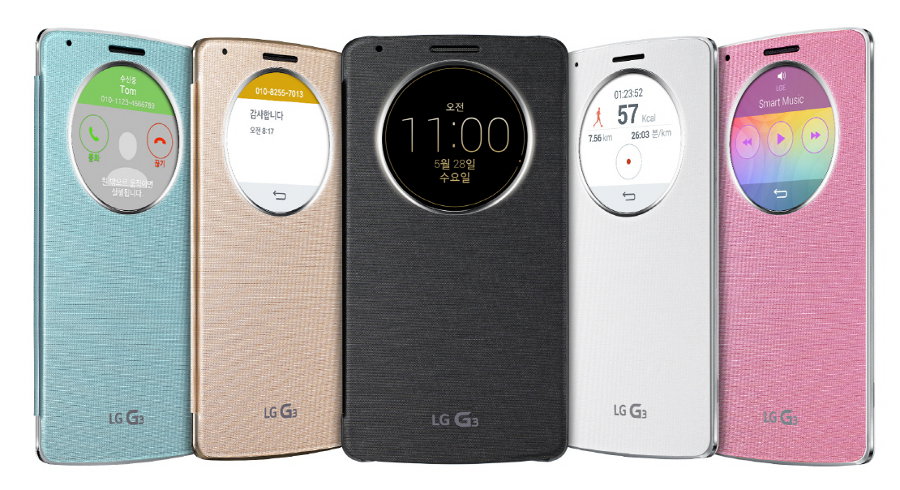 The case also protects the side edges of the G3 and says it would offer better grip. It has Smart Lighting that emits a soft, white, circular glow inside the window whenever the case is opened, closed or a calls/text message is received, says LG. It plans to release an SDK in June so that developers could customize several functions for the case.

LG has also revealed the G3 would come with Qi wireless charging and the case is wireless charging compatible. The LG QuickCircle Case for the G3 comes in Metallic Black, Silk White, Shine Gold, Aqua Mint and Indian Pink colors.