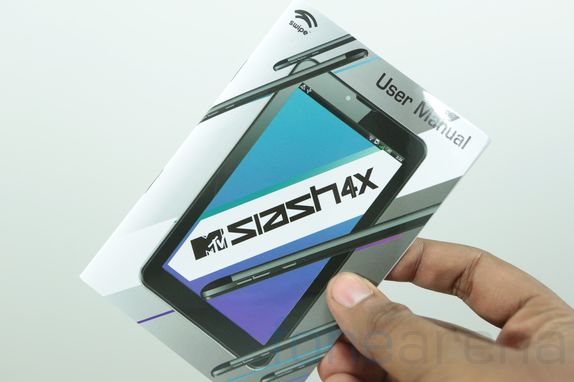 Swipe Telecom had launched their MTV Slash 4X tablet sometime back in January 2014 and today, we will be bringing you the unboxing of this 7inch tablet that comes with voice calling. The tablet has entry range specifications, but comes with preloaded apps like MTV apps, Count your drinks  and This Day in Music and updated versions of  MTV India,MTV Funny and MTV Hottie app making it unique.

Before we dive into the unboxing, you can check out the specifications of the device right below.

You can check out the unboxing video right below.

The box contents of Swipe MTV Slash 4X are as follows 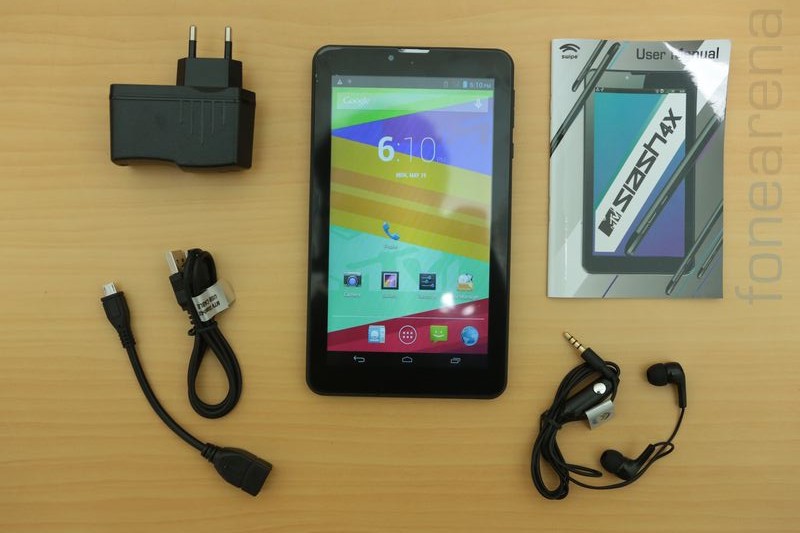 The 7inch tablet looks relatively smaller than the other 7inch tablets because of the very slim bezels on the sides as well as on the top. 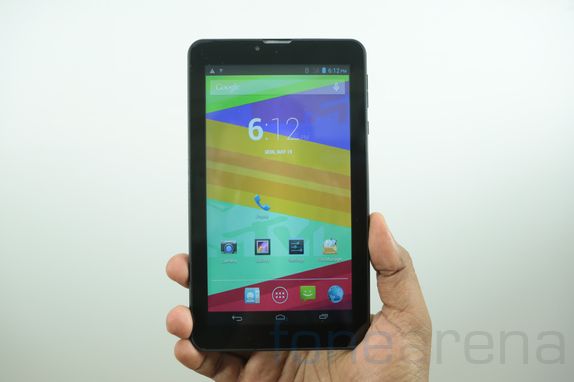 The build quality shouldn’t be something that stops you from buying the tablet as it feels solid the fake metal build on the back provides good grip and complements the plastic bands on the top and bottom. The positioning of buttons is traditional as the power lock button and the volume rocker are seen on the right side of the device. There is a also a physical reset button that can be accessed by a small pin. 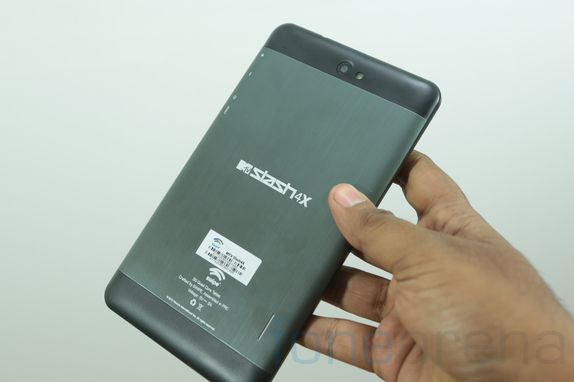 We will be bringing more posts and videos about the Swipe MTV Slash 4X tablet, so do subscribe to our YouTube channel. You can check out a few more photos of the box contents right below.