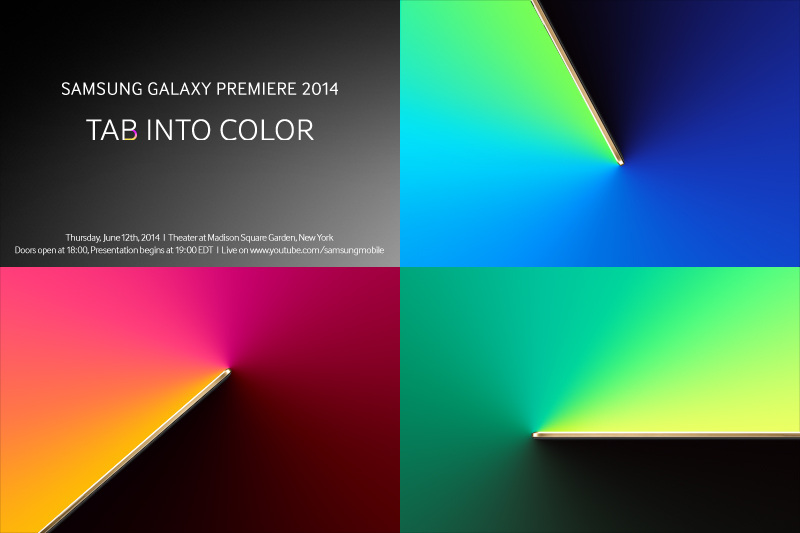 Samsung has just sent out invites for the Galaxy Premiere 2014 to announce new Galaxy tablets as expected. The invite is more colorful and the Tab into Color caption in the invite hints at the upcoming Galaxy Tab Series rumored to be called Galaxy Tab S. Looking at the images, we can guess that it would be a sleek tablet.

At last year’s Premier 2013 event in London Samsung unveiled the Galaxy S4 mini, Galaxy S4 Active, Galaxy S4 Zoom and a range of ATIV devices. This year’s event would be mainly focused on Galaxy devices, especially tablets. According to earlier rumors Samsung is working on a S Series tablet with a 10.5 inch AMOLED screen and also has plans for a 13.3-inch Galaxy Tab.

The Samsung Galaxy Premiere 2014 is scheduled on June 12th in New York and the event begins at 19:00 New York time (04:30 AM IST on June 13th). Samsung would live stream the event on their official YouTube channel as usual.