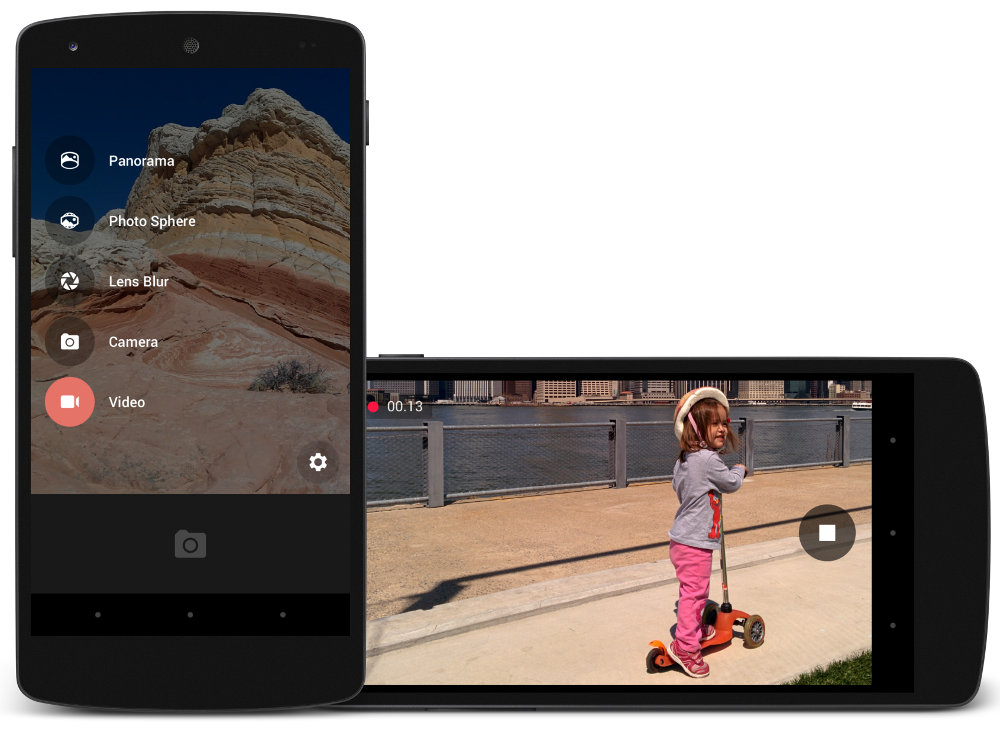 Google has released their stock camera app in the Play Store for all the Android devices running on Android 4.4 (KitKat) and later. This has a new interface and adds a lens blur feature like DSLR. Lens Blur lets you change the point or level of focus after the photo is taken. Once the photo is taken using the Lens Blur mode, you can use the depth-of-field slider to give it a bokeh effect.

It offers 100% viewfinder to capture maximum resolution of the scene and also has a large capture button. You can also use the volume buttons to capture images. You can slide from the left to get to Panorama, Photo Sphere, Lens Blur, Camera or Video. Settings offers option to reduce the image and video resolution. Advanced settings lets you enable manual exposure. These feature might vary depending on your devices.

Regarding the new Lens Blur feature, on the Developer Blog, Google says,

Lens Blur replaces the need for a large optical system with algorithms that simulate a larger lens and aperture. Instead of capturing a single photo, you move the camera in an upward sweep to capture a whole series of frames. From these photos, Lens Blur uses computer vision algorithms to create a 3D model of the world, estimating the depth (distance) to every point in the scene. The algorithms used to create the 3D photo run entirely on the mobile device, and are closely related to the computer vision algorithms used in 3D mapping features like Google Maps Photo Tours and Google Earth.

Features of Google Camera for Android