Samsung is looking forward to open 4000 new stores across small towns in India. The move comes from the South Korean tech giant as it faces tough competition from homegrown players like Micromax and Karbonn. Samsung will launch these stores in Indian towns with population of less than 100,000 to boost sales. 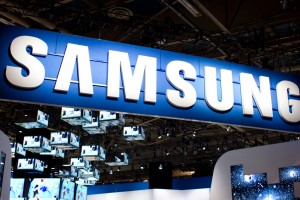 According to Samsung India’s country head Vineet Taneja, the company is planning to setup 1,000 stores in tier IV and V cities with more to follow in the coming years. In fact, Samsung has already opened 10 such stores on a pilot basis in some of the small towns. Besides smartphones and tablets, these stores will also deal in TV and other electronic items from the company.

At present Samsung has more than 2,000 exclusive brand stores in India under the franchisee model, of which 1,100 are of the Smartphone Cafe format, where only smart phones and tablets are sold. But, now the company has decided to consolidate and bring all the stores under Samsung brand.

Samsung, which currently has 38% of market share in India as per IDC, had announced last year that it will invest Rs 500 Crore to boost manufacturing in the country. EMI & Upgrade schemes along with various buyback offers has helped the company maintain the top spot in India. Samsung’s rival Apple had also announced in March this year that it is planning to set up Apple exclusive stores in small towns and cities of the country including Pune, Vishakhapatnam, Guwahati, Durgapur and Gangtok.