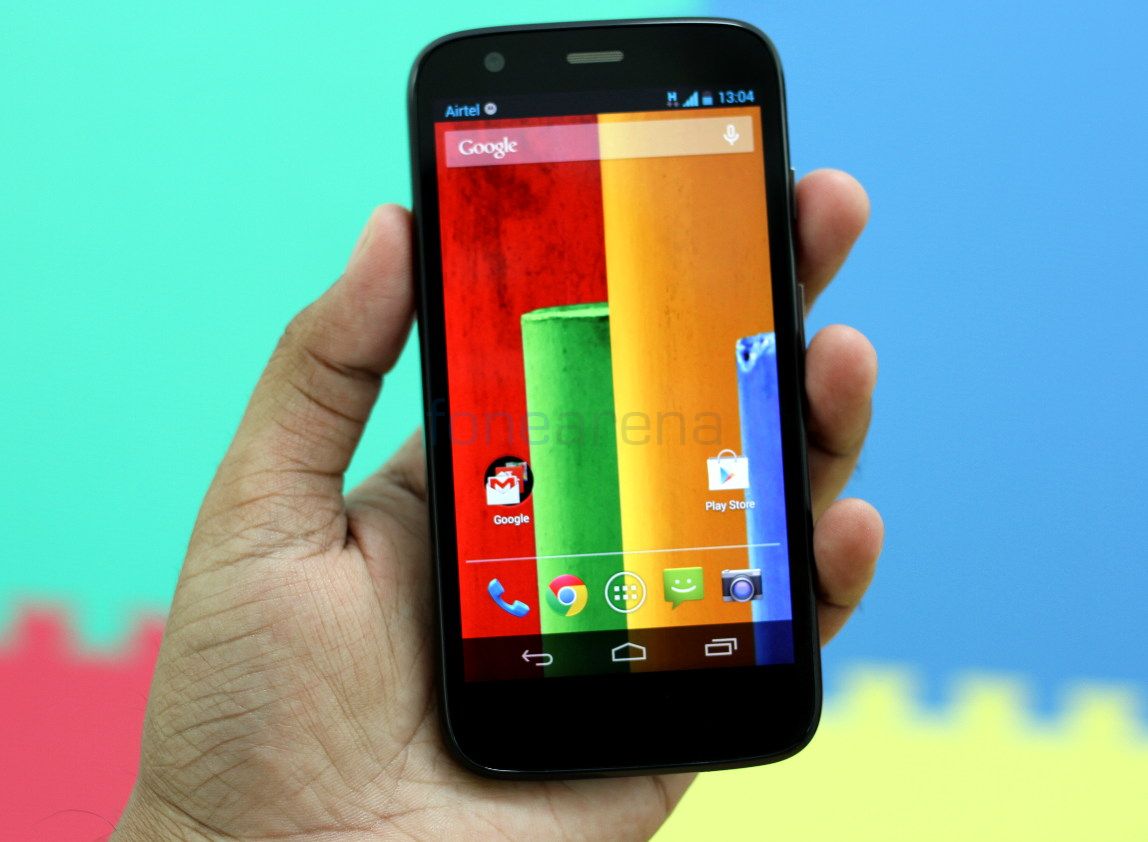 Reliance Communications (RCom) introduced Apple iPhone 5S and iPhone 5C in India with with zero-rental plans and a 2 year contract last year. Now the company has introduced the CDMA variant of the most popular phone Motorola Moto G for Rs. 13,490. Reliance also offers zero down payment plans with EMI and upfront payment plans. This was first reported by Telecomtalk. 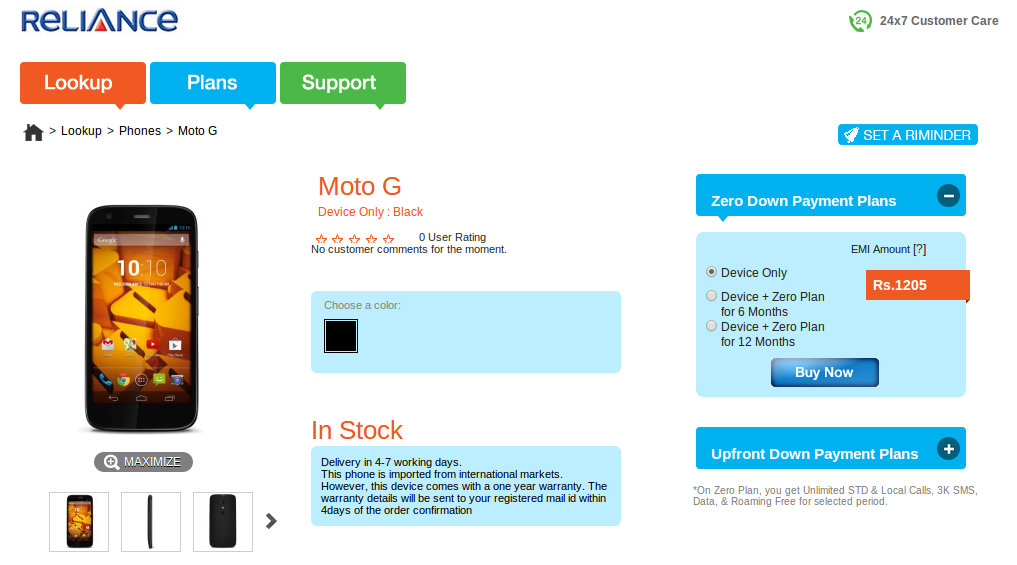 Reliance also offers optional Zero Plan for a period of 6 or 12 months with device, similar to what they offered with the iPhone 5s and 5c. So it comes with unlimited local and STD calls, 3000 SMS/month, free national roaming and unlimited 3G data. EMI schemes are available with ICICI credit cards that includes, 6-month EMI plan at Rs. 2334 per month and 12-month EMI plan at Rs. 1205 per month.

Those who prefer to get only the device without any plans have to shell out Rs. 13,490. Reliance sells only the 8GB variant of the device. This doesn’t have a SIM slot, similar to the Boost or Verizon variant of the Moto G in the U.S. Reliance says that the device is imported from international markets, however it would have one year warranty. Other than the CDMA support, all the other features are similar to the GSM variant.

For more info or to buy the CDMA Moto G, head to shop.rcom.co.in.