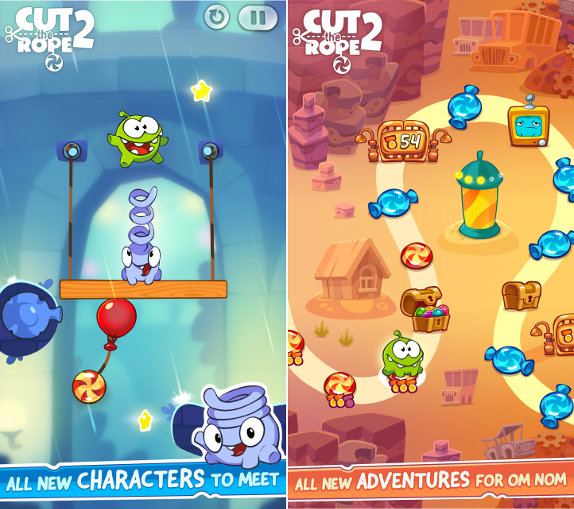 ZeptoLab, the creators of popular Cut the Rope games has released Cut the Rope 2 for Android finally. It was released for iPhone and iPad back in December last year, and the company promised to release the game for Android in early 2014. In this new game, Om Nom breaks out of his box and travels through lush forests, busy cities, junkyards and underground tunnels for Candy. The game also features little green monsters, Roto, Lick, Blue, Toss and Boo, that acts as candy collecting helpers. httpv://www.youtube.com/watch?v=jwyCaO9J9Qw

Highlights of Cut the Rope 2

Cut the Rope 2 for Andorid is available for free, but it is Ad-supported. Ad-free paid version of the game is not available yet. The game started rolling out for Android users across several countries gradually earlier this month. It should roll out across all the countries globally soon.