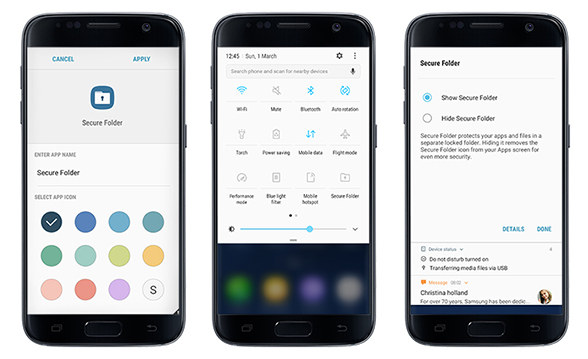 Samsung has officially released Secure Folder that helps the user to save their personal data and information. Once an app or data moved into the secure folder, it becomes Sand box, which means more protective and encrypted adding an another layer to the security and privacy from malicious attack.