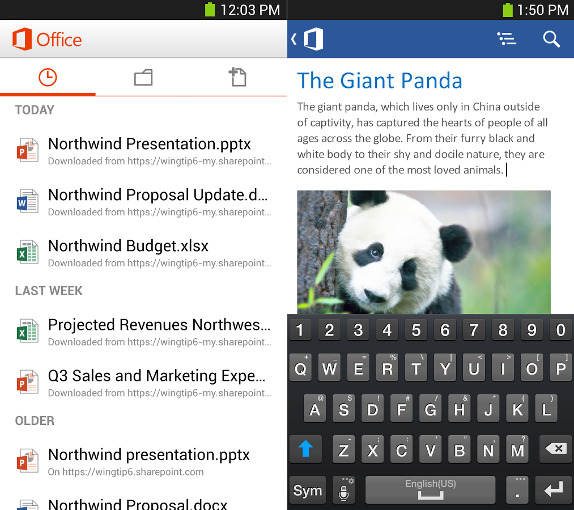 Microsoft has finally launched the Office app for Office 365 users using Android smartphones. Microsoft launched the Office Mobile for iPhone  back in June. This would let you open and edit Microsoft Office documets such as Word, Excel and PowerPoint documents. It also has support for charts, animations, SmartArt Graphics, and shapes just like the desktop app. You can open documents in the cloud on SkyDrive or SkyDrive Pro. You can edit and view documents offline but you need to be connected to the internet to save the changes on the cloud. END_OF_DOCUMENT_TOKEN_TO_BE_REPLACED