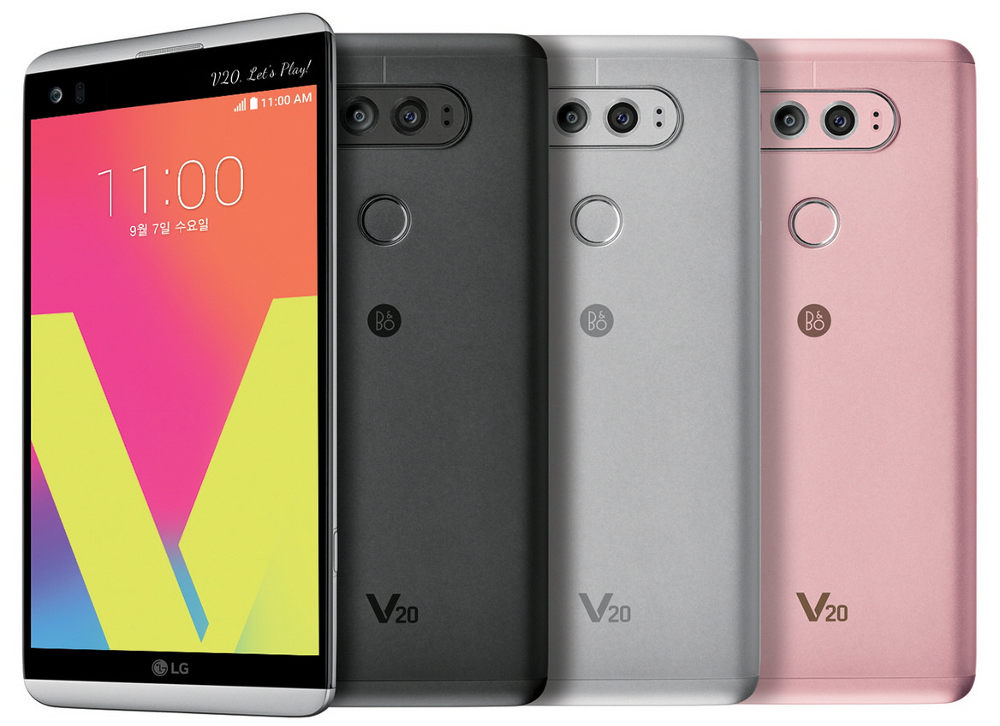 LG just announced V20, the company’s latest top-end smartphone in the ‘V series’ at an event in San Francisco. It has a 5.7-inch (2560 x 1440 pixels) Quad HD Quantum display, a 2.1 second (160 x 1040 pixels) screen, similar to the V10, but this is powered by a quad-core Qualcomm Snapdragon 820 processor and runs on Android 7.0 (Nougat) with LG UX 5.0+. It is also the first phone to use Google’s In Apps that helps users find content from built-in apps including contacts, emails, text messages and photos and user-installed apps. LG says that that second screen has improved in visibility with double the brightness and 50% larger font size compared to the V10.