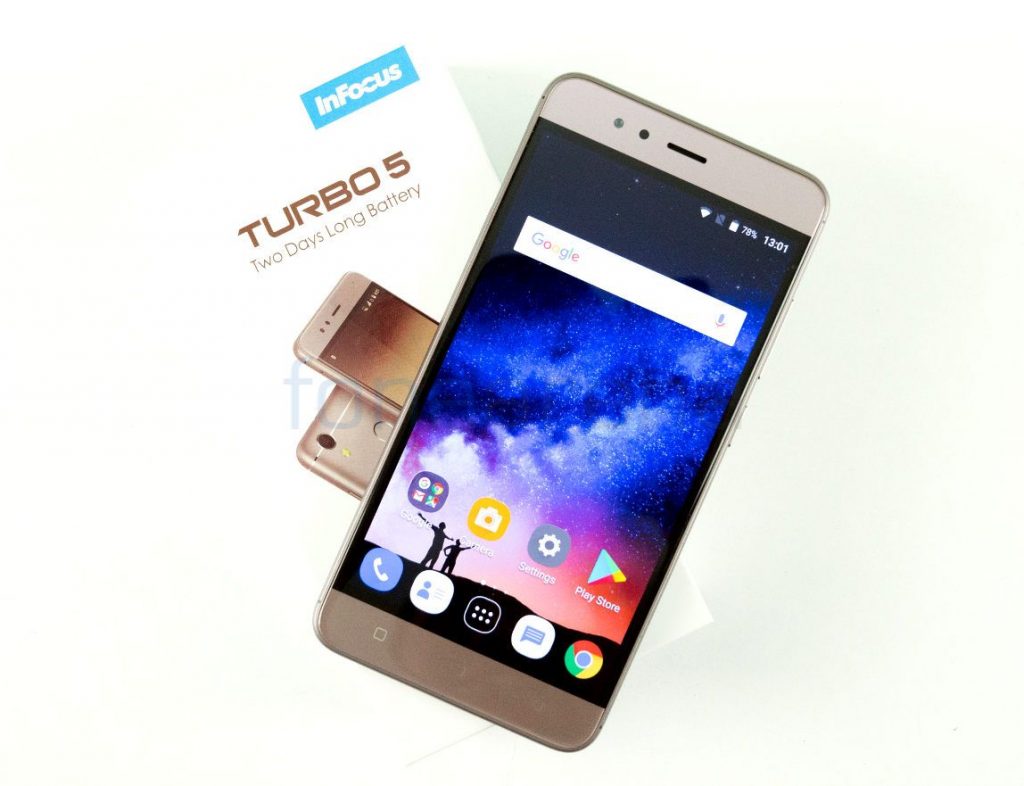 Infocus launched its latest budget smartphone – Turbo 5 with 5000mAh battery in India last month. We recently unboxed the smartphone, check out the video below.

END_OF_DOCUMENT_TOKEN_TO_BE_REPLACED

Infocus just launched Turbo 5, its latest smartphone with 5000mAh battery in India, as it had promised. It promises up to 23 hours of talk time, 50 hours of music playback, 15 hours of online video and standby time of 816 hours or 34 days on a single charge along with support to charge other phones using OTG. It has a 5.2 HD On-cell IPS 2.5D curved glass display, is powered by MediaTek MT6737 SoC, has 2GB or 3GB RAM and runs on Android 7.0 (Nougat) OS. The company has also promised Android O update for the phone.
END_OF_DOCUMENT_TOKEN_TO_BE_REPLACED

Last week Infocus sent out invites for the launch of a new smartphone with big battery in India on June 28th. Now the smartphone has been listed as a placeholder on Amazon India website that confirms the design and specifications of the smartphone. END_OF_DOCUMENT_TOKEN_TO_BE_REPLACED