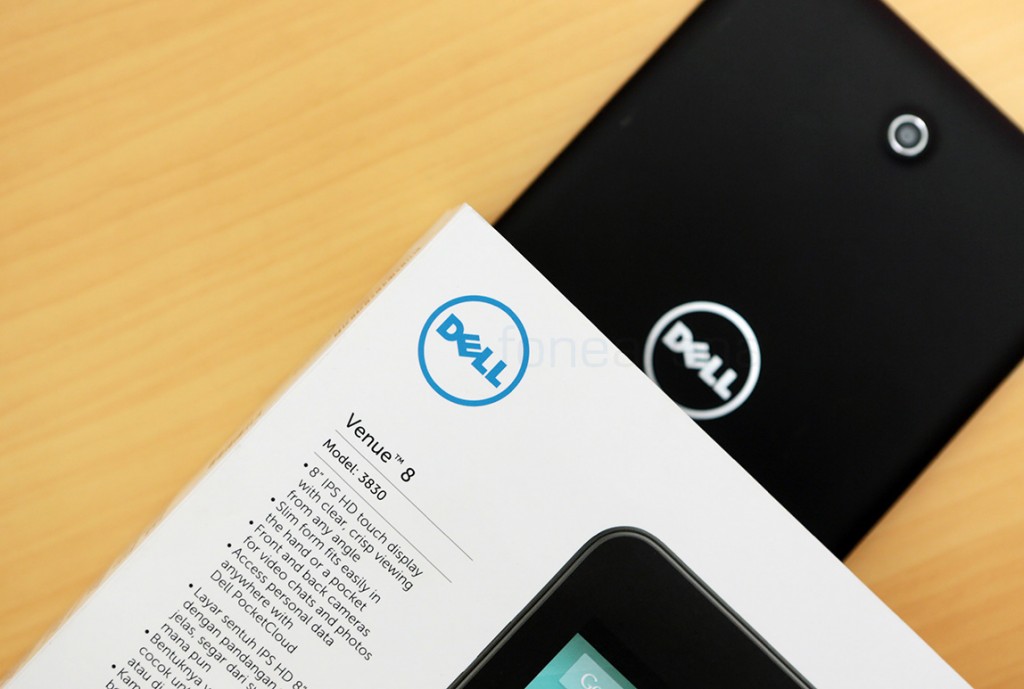 We might have reviewed the Dell Venue 8 Pro way ahead of its Indian reveal, but the tablet trio, that includes two other Android tablets, launched only a while back. Dell’s Venue 7 and 8 were Android tablets with two different screen sizes with largely the same specifications inside. Powered by an Intel processor, these tablets are placed at the mid range segment of the marketplace, which is the most popular segment for Android tablets these days. The Venue 8 is priced at Rs. 17,499, which might be a bit high when compared to the competition like the new Nexus 7, but is it good enough? While we’ll tell you that in our review, here is a preliminary look through our unboxing and overview video –

As you could see from the video above, the Dell Venue 8 has minimal box contents – 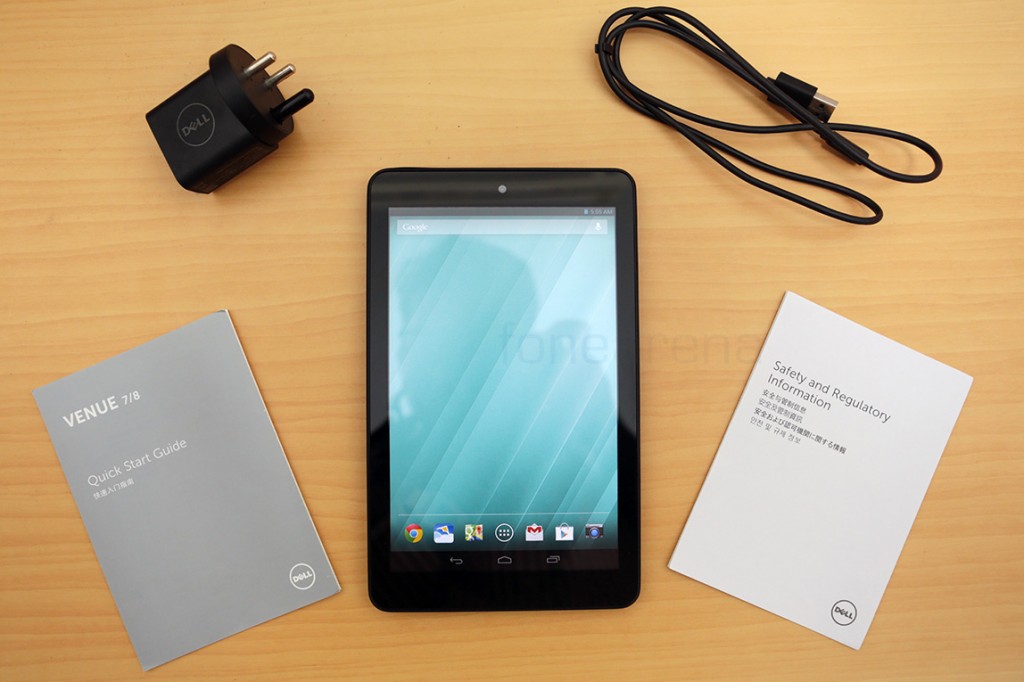 You get a bunch of information booklets along with the usual USB wall charger and data cable combo, and that’s about it. Lets talk about the tablet then – 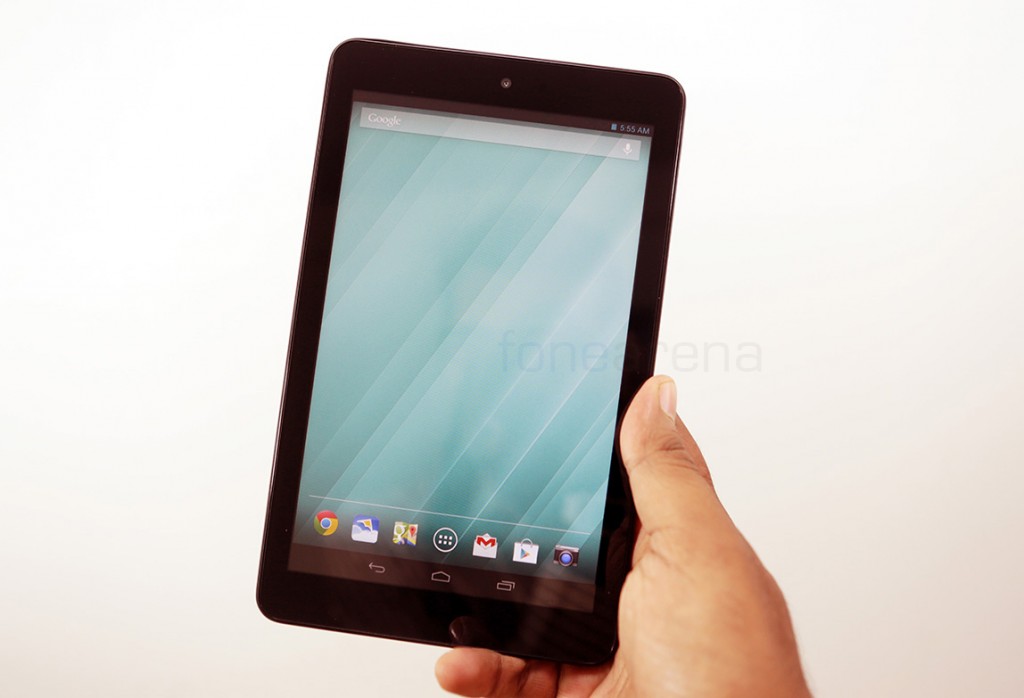 With an 8 inch display over at the front, the tablet looks more like a Nexus 7 rather than a Dell tablet, but surely, the feel was familiar to the Dell Venue 8 Pro. The UI on this is completely stock, with Dell making no adjustments or alterations, guess the Streak era is gone for good. While the front looks very much like any other Android tablet, the back, which we expected to be like on the Venue 8 Pro, was rather slightly different. 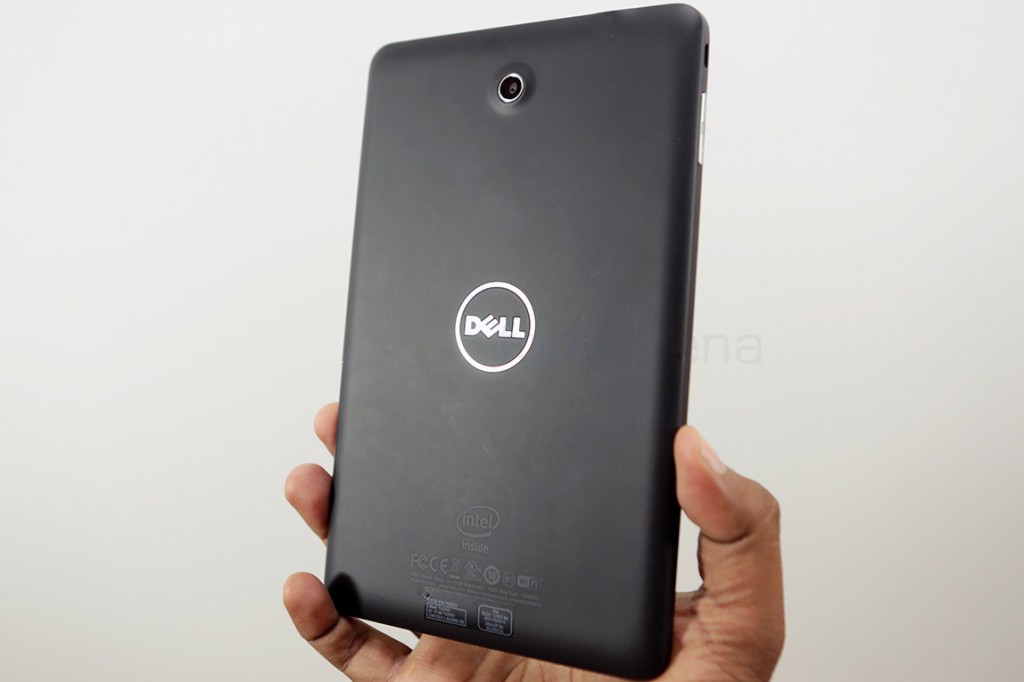 Sure it retains the rubbery texture and all the details like the logo and the regulatory information plastered over the bottom half, but we sorta missed the circular pattern. Also like many other Android tablets, this one sports a camera on the back too, but a fixed focus one suited only for video calling, but thankfully, Dell hasn’t jumped on the voice calling bandwagon yet, which is good news for people looking at just tablets. That said, we will be back with more coverage of this, including benchmarks, gaming and so forth, so stay tuned to the blog and the YouTube channel for more Dell Venue 8.