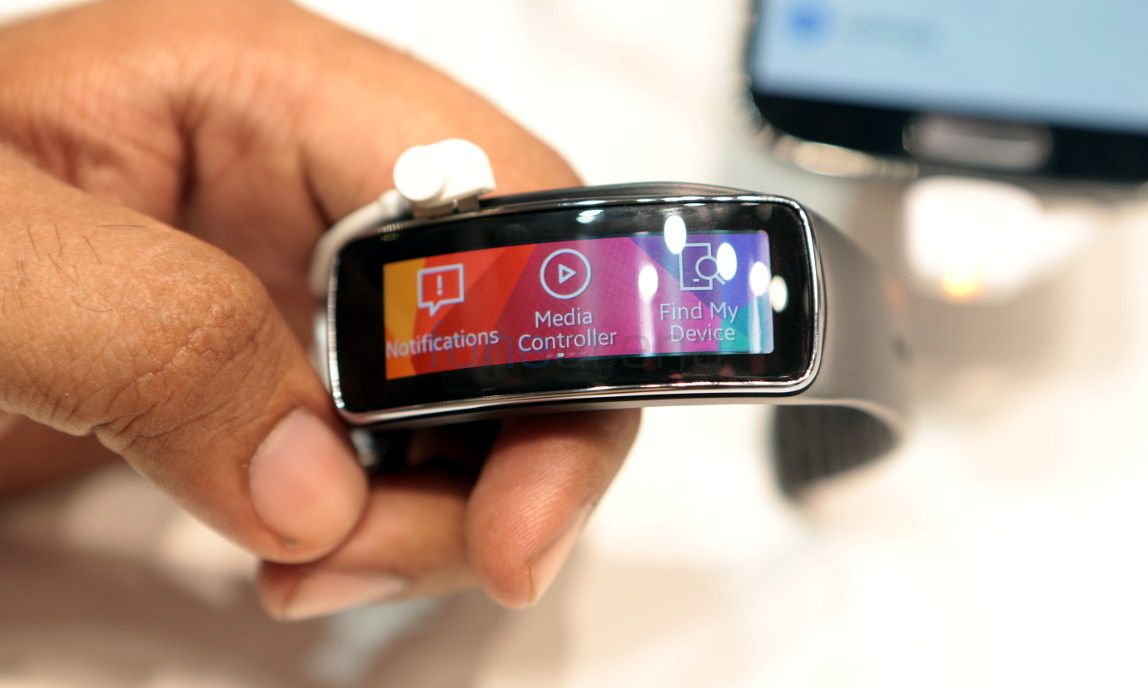 Samsung introduced the Gear Fit, the company’s first wearable fitness band earlier this week at the MWC 2014. We got to check out the device at the event. Unlike the Gear watch series with a square screen, this has a wide 1.84-inch (432 x 128 pixels) Curved Super AMOLED display. The display is bright and the navigation is a smooth. Just like the Gear watch, this one has a Pedometer, Heart Rate sensor, Accelerometer and Gyro sensors. You can remove the Gear Fit unit easily to change the strap. Check out the hands-on video below.

Just like Gear watch, this one has IP67 ratings for dust and water resistance. It uses Bluetooth 4.0 LE to pair with your Samsung Smartphone and use the companion Gear Fit Manager app to manage apps and monitor your fitness data and also control your media on the phone, from the Gear Fit. You can also use it as a standalone device, says Samsung. 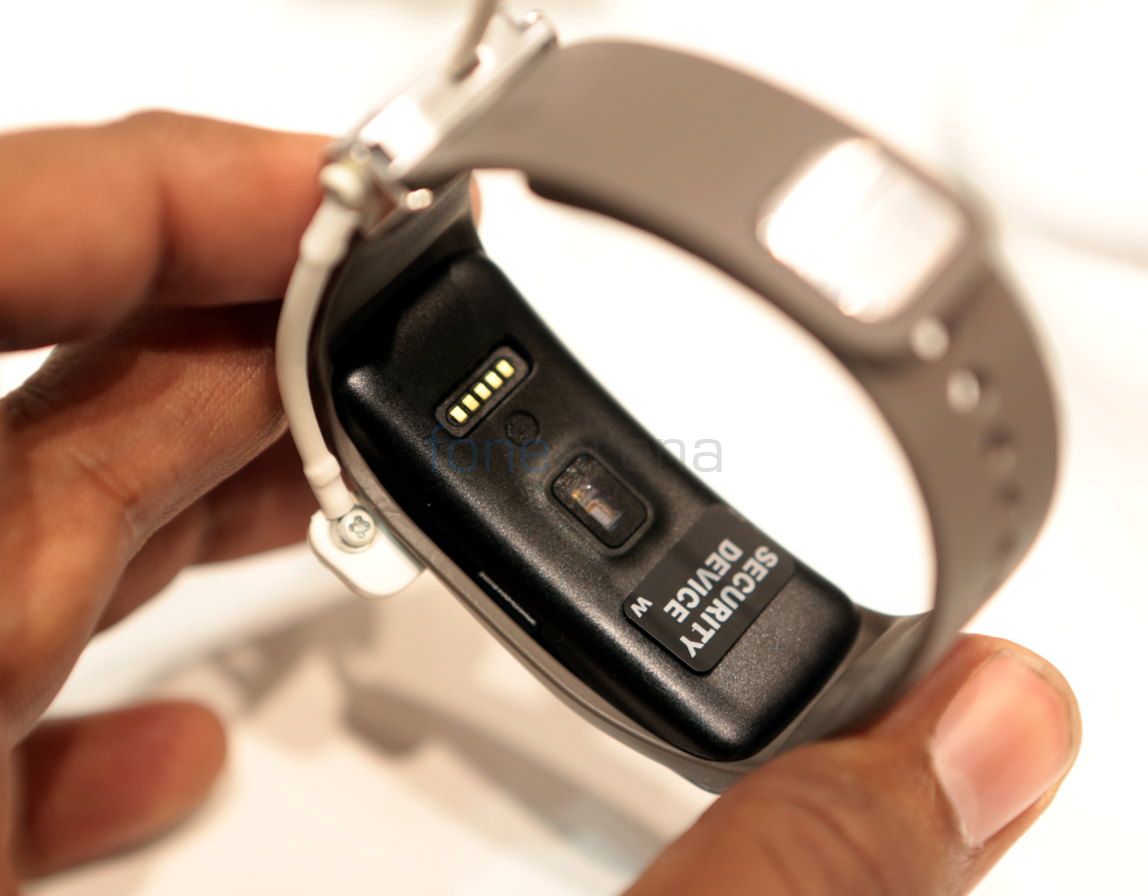 There is a Heart Rate sensor on the bottom, to monitor your heart rate easily, in a few seconds. The Gear Fit also offers Notifications for calls, SMS, E-Mails and more, when paired with Samsung Galaxy smartphones. The Gear weighs just 27 grams.

It has a 210mAh battery, bit smaller than the Gear 2 and Gear 2 Neo, but Samsung promises about 3 to 4 days of battery with average use. The Gear Fit has changeable straps in Black, Orange and Mocha Grey colors and would go on sale globally starting from April. Check out the entire photo gallery of the Gear Fit below.