At the MWC 2014, Huawei was rumored to announce a mid-range LTE capable smartphone and as expected, they announced a midrange smartphone in the form of Huawei Ascend G6. Huawei had launched a couple of tablets and a lone smartphone at the event. Unlike the tablets, which are powered by Huawei’s own processor, the Ascend G6 smartphone is powered by a quad-core processor from Qualcomm. 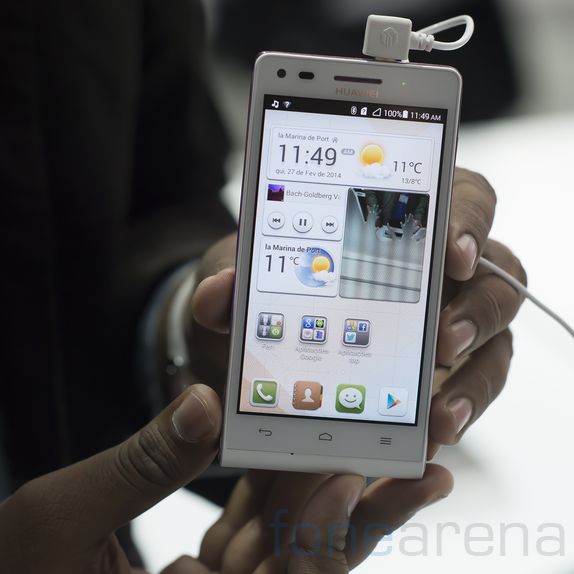 We managed to get a quick hands on with the device and you can check out the video right below.

The specifications of the Huawei Ascend G6 are as follows

In terms of design, the Huawei Ascend G6 seems like a midrange version of the Ascend P6. It comes with a dual tone finish and has a removable back cover. The bottom of the device is curved and there is a 3.5mm audio jack on the bottom of the left side which is kind of weird. It packs midrange specifications in a LTE capable device and that seems to be the exact intention from Huawei.

Huawei Ascend G6 comes in a range of colors like black with light gunmetal grey or rose gold colors , or in white with pink or champagne gold colors. It is expected to go on sale in April 2014 and is priced at 249Euros.