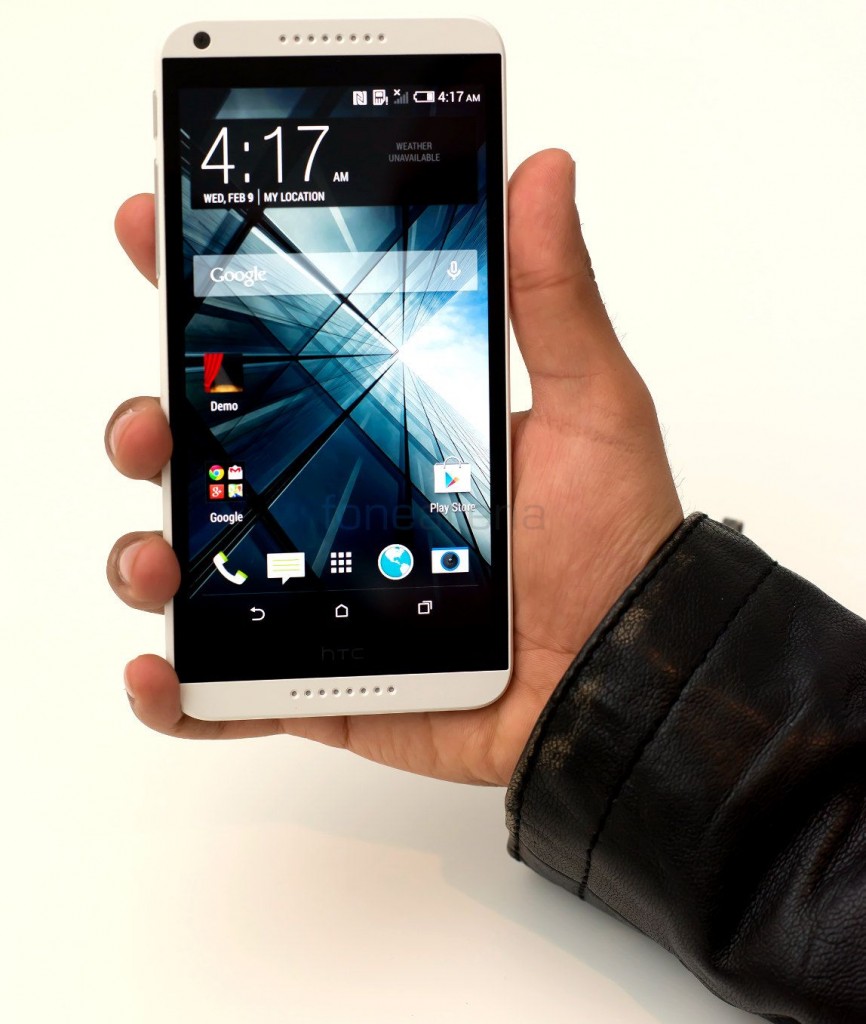 HTC’s announcements at the Mobile World Congress revolved around their Desire series of handsets. The two devices announced ie the Desire 816 and 610 vary wildly in their target audience but do emphasize the focus on quality that HTC has maintained despite aiming to reach ever lower price points. The upper end device of the two ie the Desire 816 is the most powerful phone in the Desire series of phones and opts for a design that closely mimics the flagship ie the HTC One. 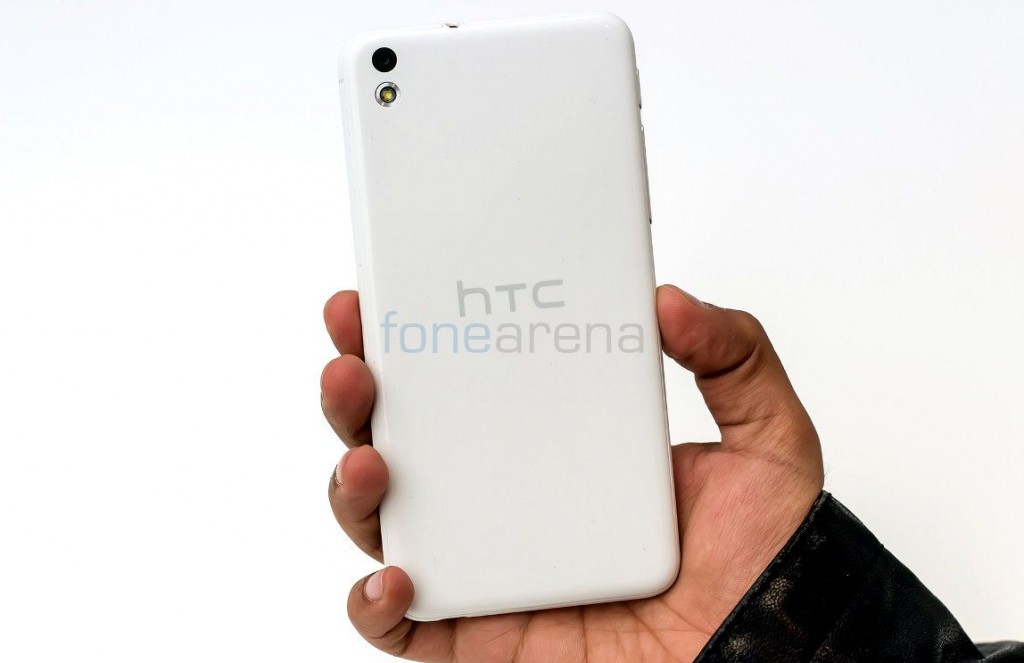 The Desire 816 has a polycarbonate finish with a glossy finish on the back that looks deceptively like the iPhone 5c. The sides of the phones however has a matte finish which feels great in the hand.

On the right side of the phone, hidden under a flap are the three slots for microSD, micro SIM cards. The dual SIM variant will be exclusive to India and some Latin American countries.

Over on the left side you can spot the power button at the top while the volume rocker is located below it. The screen of the phone is a 5.5inch 720p unit that has great color rendition and viewing angles however the low resolution spread out over the large size makes everything look just a bit blurry. 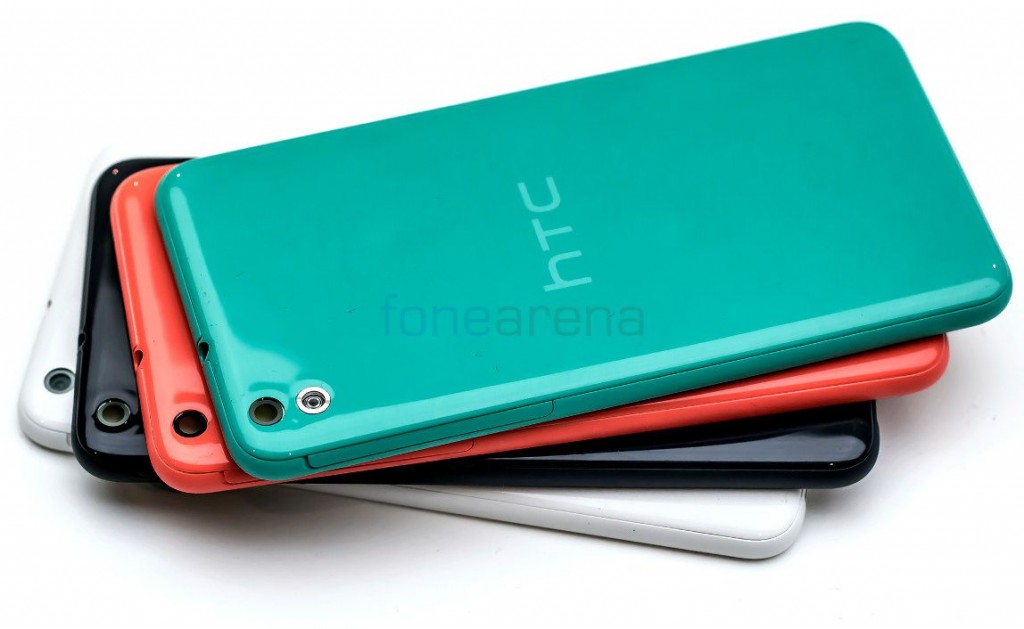 Powering the Desire 816 is a 1.6Ghz quad core Snapdragon 400 SoC paired with 1.5GB of RAM. There’s also 8GB of internal storage that can be expanded via the microSD card slot. The battery capacity is quite impressive at 2600 mAh which should come in handy for multimedia consumption through the BoomSound front speakers. 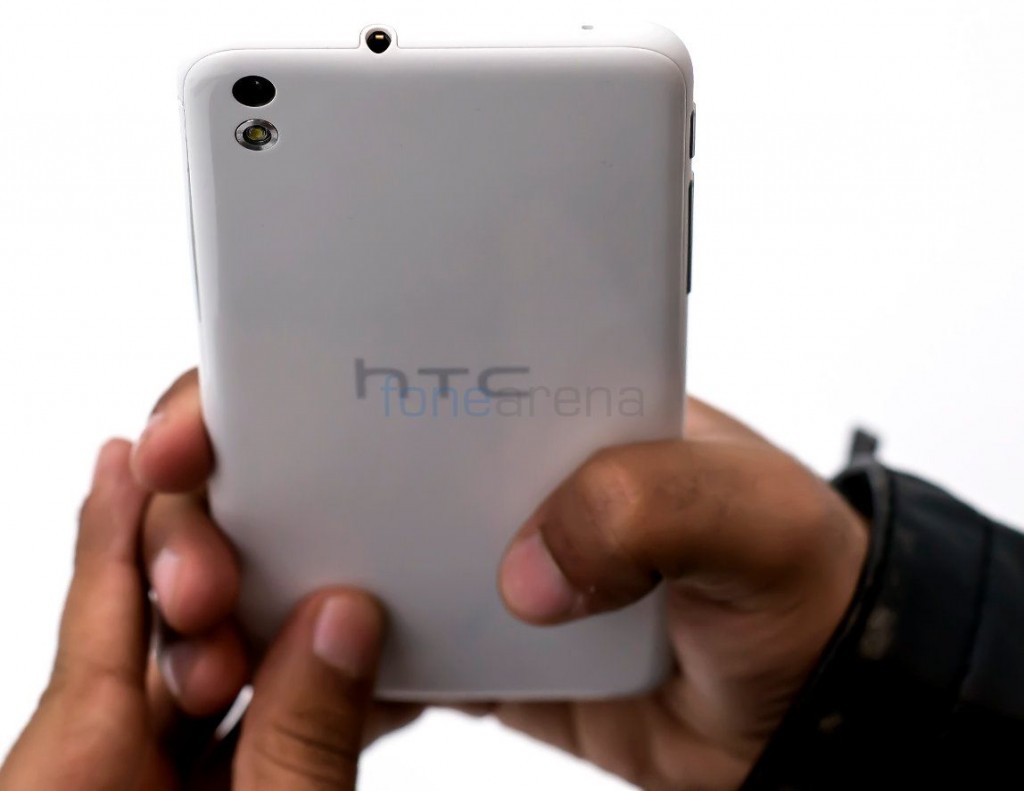 HTC has opted for a 5MP front facing camera to keep up with the recent trend of taking selfies. The front camera is a f/2.8 unit that has BSI built in. The rear camera on the other hand is a 13P f/2.2 unit. 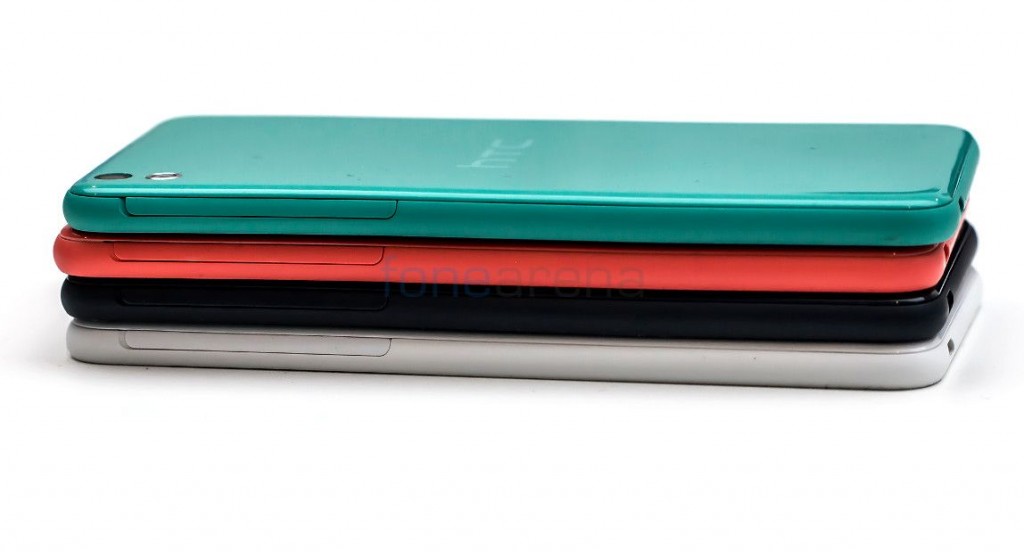 Overall we quite liked what we saw with the HTC Desire 816 that comes in at a svelte 7.99mm thickness. Additionally, the phone will ship in a range of colors later this year. HTC plans to undercut the compeittion for pricing and this’ll definitely work in its favor. Are you interested in the device? Let us know in the comments section.