Flipkart and Motorola are all set to announce the budget Moto G in India. Just hours before the official announcement, Flipkart has thrown light on the pricing details which was the most expected announcement. Motorola Moto G comes in two variants – 8GB and 16GB and the pricing of 8GB is Rs. 12,499 while the 16GB version costs Rs. 13,999. Motorola Moto G is exclusively available only on Flipkart on launch day and it will be gradually available to other sellers. 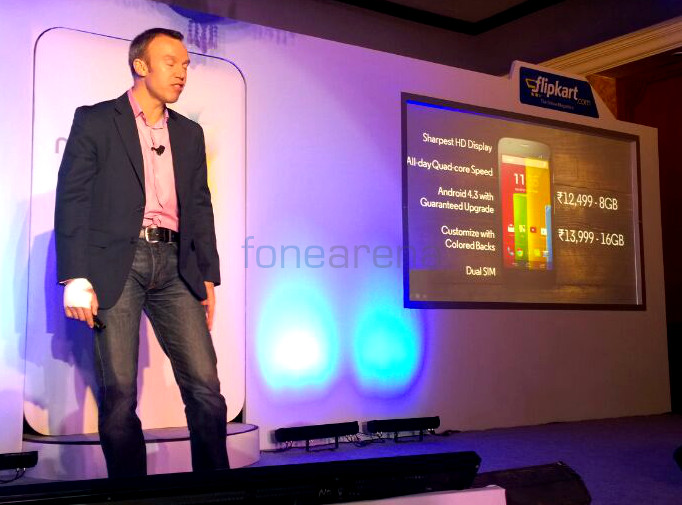 If you did not know about Motorola Moto G, it was announced way back in November keeping in mind Brazil and Indian smartphone markets. Moto G offers great value for money as it brings along a 4.5inch 720p display with a quad-core Snapdragon 400 processor for excellent performance. The specifications of Motorola Moto G are

The device is all set to be launched in a couple of hours and in the meantime, you can check out our Moto G Review.