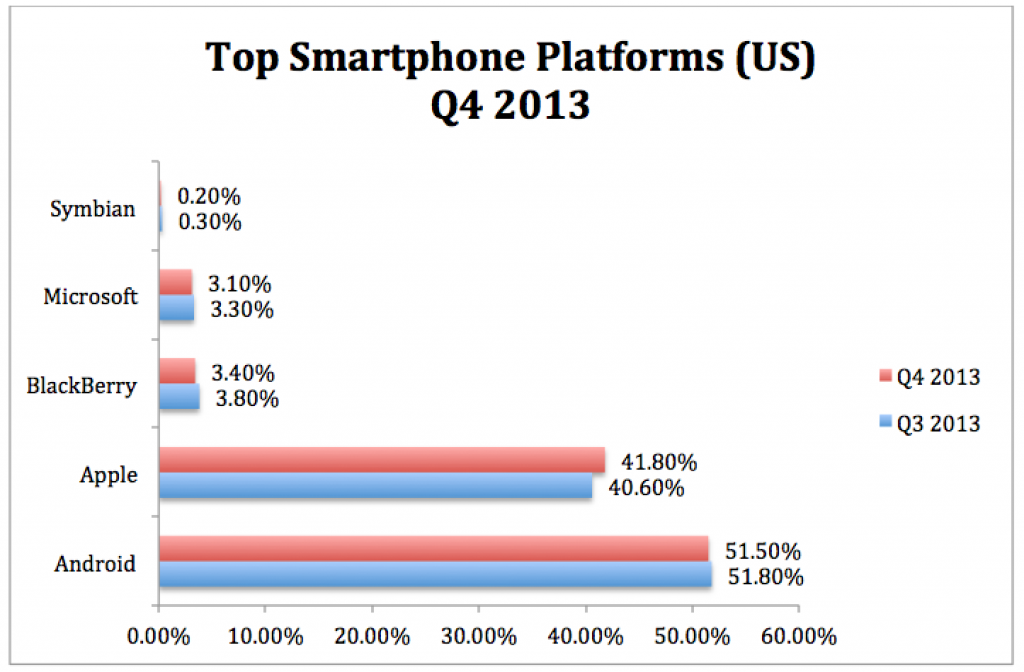 comScore published its quarterly report for the period of Q4 2013 today and the results show a slight dip in market share for Android. Compared to Q3 2013, Android showed a 0.3 percent dip to reach 51.5 percent market penetration. Trailing Android is Apple with 41.8 percent of the smartphone market being powered by iOS. This was a slight rise from the 40.60% market share it enjoyed in Q3 2013. The launch of the iPhone 5s and 5c are expected to have played a role in this rise. The remaining marketshare was split between with BlackBerry and Microsoft which are at third and fourth spots respectively with 3.4%, 3.1% penetration. 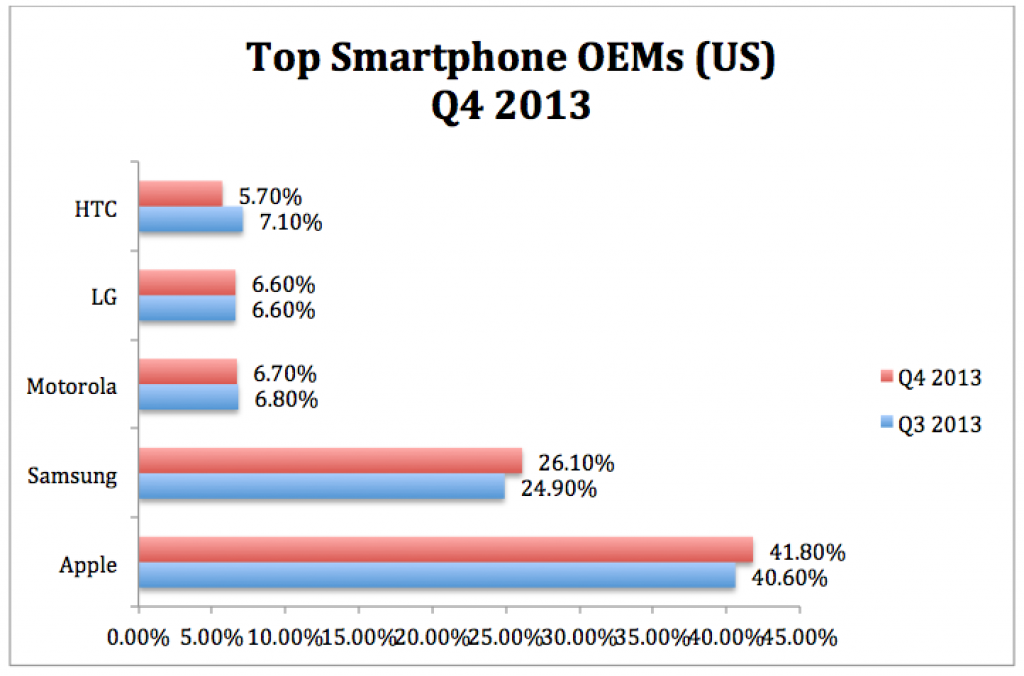