In the latest report from IDC(International Data Corporation), tablet shipments have grown to 76.9 million in the last quarter of 2013. The 76.9 million number is a big increase of 62.4% over the previous quarter, but is a relatively small increase when compared to the sales during 2012 – an increase of 28.2% . 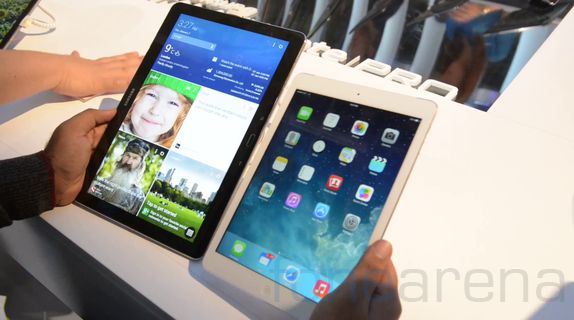 Though the sales of tablets continue to increase, the growth has been slowed down and that is assumed to be because of the consumer saturation. During the course of 2013, total tablet shipments across the world totaled 217.1 million units, which shows a growth of 50.6% over the previous year 2012 during which 144.2 million units were shipped.

Apple continues to be the industry leader in the tablet segment having shipped 26million tablets during Q4 2014 while it had shipped 14.1million tablets in Q3 2014. In Q4 2012, Apple had shipped close to 22.9million units. The year-over-year growth of just 13.5% was well below the expectations and is probably a sign of things to come.

As you can see from the table above, the tablet industry’s year over year growth is around 28% and that is mainly because of the Android tablets which are on the rise. Apple is losing out its tablet share to the Android competition.