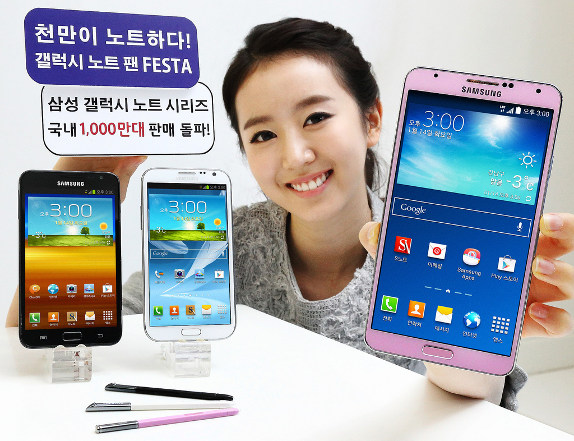 Samsung has announced that they have sold (supply channel) 10 million units for Galaxy Note series smartphones in their home ground Korea. Since the launch of Galaxy Note back in 2011, it took 2 years and 1 month to achieve the 10 million mark in its domestic market.