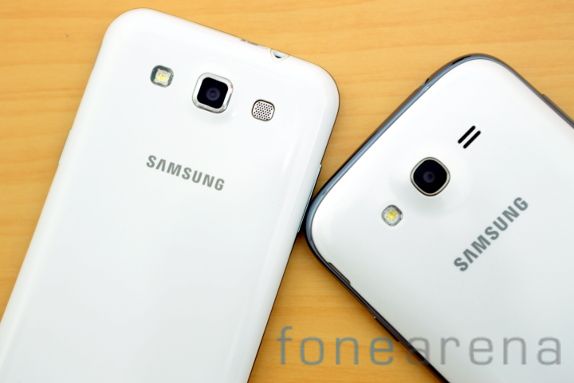 We already know that Samsung is rumored to launch the Galaxy Grand Lite (GT-I9060) at the MWC 2014. Now the smartphone has passed through the FCC, which confirms the existence of the phone, but the name of the phones is not confirmed yet. The FCC filing confirms the Dual SIM support since it has DS next to the model number and also confirms the 2100 mAh battery. 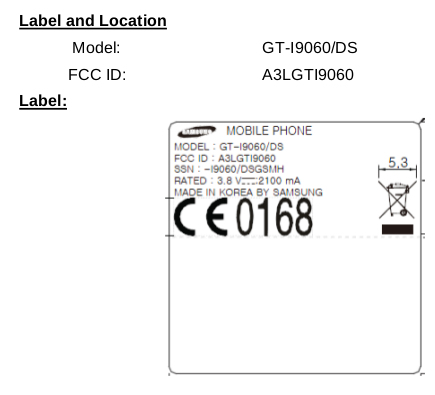 According to earlier rumors, the Galaxy Grand Lite is expected to comes with a  5-inch (800 x 480 Pixels) capacitive touch screen display, powered by a 1.2 GHz quad-core processor and run Android 4.2 or 4.3 (Jelly Bean). It would comes with a 5-megapixel rear camera and a 0.3-megapixel (VGA) camera.