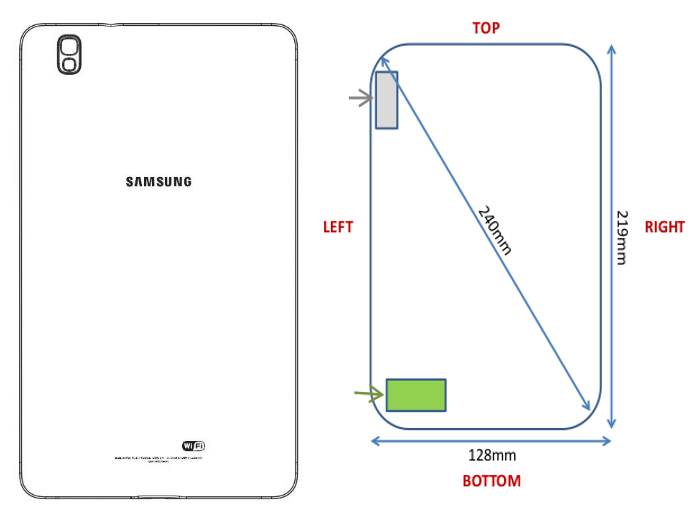 As you can see in the FCC sketch above, the tablet has a rear camera with flash on the back. You can also see the dimensions of the tablet in the sketch, which makes it slightly larger than the 8-inch Tab 3. We don’t have any other specifications of the device at the moment. Samsung already has 10-inch tablets and is rumored to launch the Galaxy Note Pro 12.2 tablet with a 12.2-inch screen.

The Samsung SM-T320 Galaxy Tab Pro 8.4 is expected to be unveiled at the Mobile World Congress in Barcelona in February 2014.