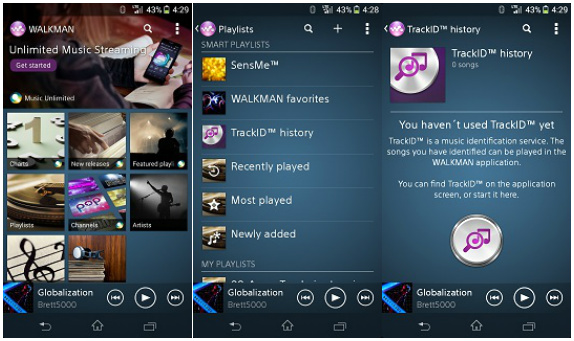 Sony has announced that they have started rolling out a new WALKMAN update (version 8.0.A.0.4) for the Z series devices that brings new playlist features. Sony updated all the media apps on these devices back in August and introduced “smart playlist” feature in the WALMAN app recently. The new update also brings new TrackID features and new playlist and preview features in Music Unlimited regions.