Google announced their Android 4.4 KitKat version on November 1 and unveiled the next Nexus smartphone – Google Nexus 5. The camera of Google Nexus 5 did not prove to be the camera it was meant to be and Google put the blame on the software. The search engine giant promised that the problem would soon be fixed and less than 50 days after the announcement of Android 4.4 KitKat, Google started seeding a minor update in the form of Android 4.4.1. 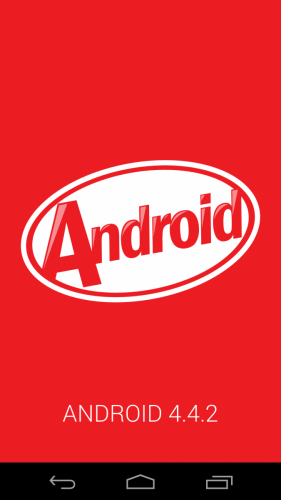 Android 4.4.1 KitKat lasted is less than 5 days old and according to sources, the update is currently pulled due to certain issues. Google have patched things up and released the Android 4.4.2 update today and it is gradually rolling out to Nexus devices. The changelog doesn’t indicate much, but unofficially, following are the changes in Android 4.4.2 from Android 4.4.1

As you can see, the update is a very minor update and we are hoping that this update has indeed implemented some improvements to the camera performance of Nexus 5 as promised by Google. If you are on Android 4.4.1, the update should be a small one, but if you are still on Android 4.4, then you will be getting a 54MB update directly to Android 4.4.2 KitKat. 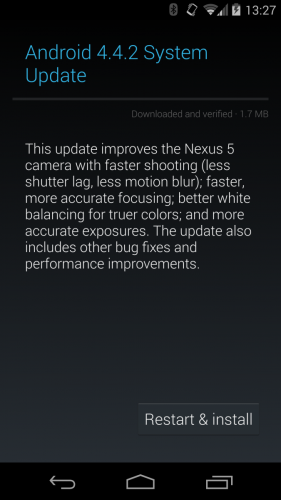 The above is a screenshot of the OTA update for Android 4.4 KitKat to Android 4.4.2 KitKat.