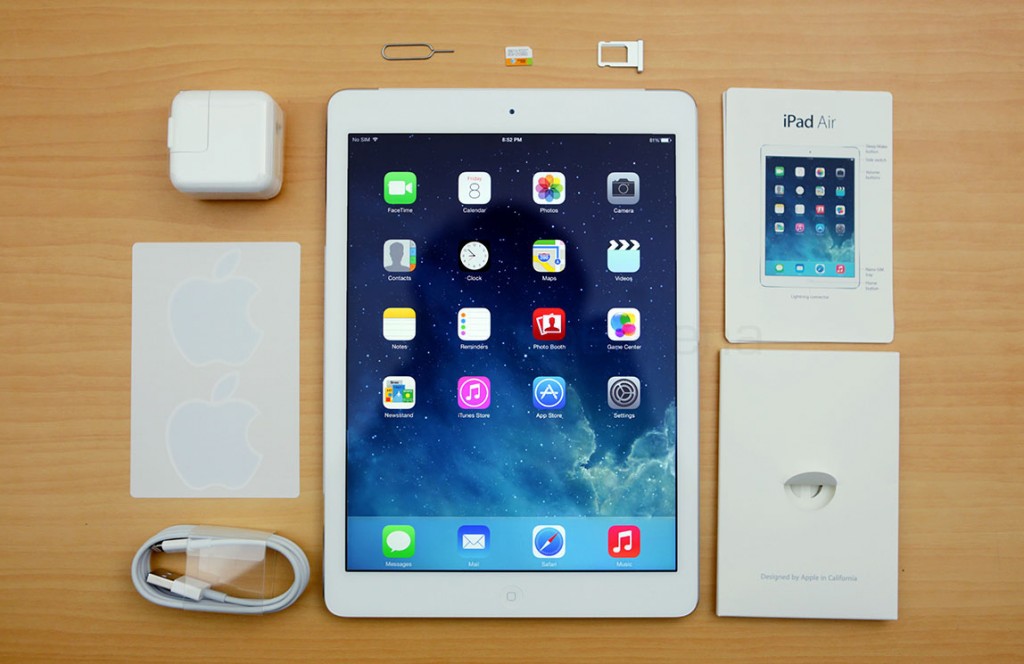 At last the wait for the next generation iPads to launch in India is over. Apple has today introduced the iPad Air as well as the iPad Mini with Retina display here in the country. The tablets will be officially unveiled at an event later today however the prices are already available. In contrast to the previous generation, the iPad Mini and full size iPad are almost at par in terms of specifications with the key difference being the screen size difference. Both iPads are powered by the new 64 bit A7 chip though the clock speeds differ slightly.

As mentioned above, the prices for the 9.7 inch iPad Air starts at Rs. 35,900 for the base model 16GB variant without cellular connectivity and goes right up to Rs. 65,900 for the 128GB variant with built in LTE. The iPad Mini with Retina Display on the other hand starts off at Rs. 28,900 for the 16GB version with WiFi and goes up to Rs. 58,900 for the 128Gb WiFi + 4G LTE model. Previous generation models like the iPad 2 and 1st generation iPad Mini will continue to be sold. The WiFi only iPad Mini is available for Rs. 21,900 while the cellular variant has got a price hike to Rs. 30,990. The iPad 2 priced at Rs. 28,990 and 37,990 for the WiFi and cellular variants is not a very compelling buy and we really wouldn’t recommend anyone to go for it. The tablets go on sale later today at an event in Delhi and should be widely available thereafter.