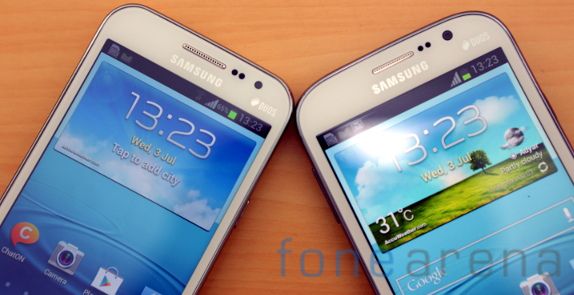 Samsung unveiled the Galaxy Grand 2 with a 5.2-inch HD screen and a quad-core processor recently. Samsung is all set to launch the Samsung Galaxy Grand Lite (GT-I9060) at the MWC 2014, according to a report from SamMobile. The Grand Lite would lie between the first Galaxy Grand and the Grand 2 and is expected to sport a 5-inch (800 x 480 Pixels) capacitive touch screen display similar to the Galaxy Grand, but this would be powered by a 1.2 GHz quad-core processor similar to the Grand 2. It would run on Android 4.2 or 4.3 (Jelly Bean), pack a 5-megapixel rear camera and a 0.3-megapixel (VGA) camera.

It is also likely to come with dual SIM support, but SamMobile couldn’t confirm it yet. It would pack a 2100 mAh battery, similar to the Grand.

The Samsung Galaxy Grand Lite is rumored to come in Midnight Black, Lime Green, and Orange colors. Samsung usually unveils their MWC line-up few weeks ahead of the MWC main event, and the report claims that we can expect the Galaxy Grand Lite in the fifth week of 2014.