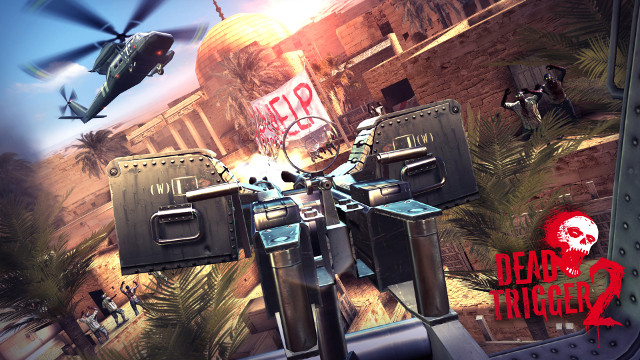 Madfinger Games, the creators of the popular games such as Shadowgun and Dead Trigger has released Dead Trigger 2 as they promised . The Dead Trigger 2 is a first person zombie shooter similar to the first game that was released in 2012. You need to find a safe place to hide-out, get equipped, and fight for your life in a real time bid for survival against an onslaught of bloodthirsty undead.

It features new locations and continents and players will fight against local zombies in Shanghai, London or in the middle of the desert far away in Africa. This offers enhanced graphic effects with Realistic Water Reflections, Dynamic Shadows, Dynamic Light Projectors and Dynamic Grass and also includes Per-pixel Lighting and Advanced Ragdoll Physics.

Features of Dead Trigger 2 for Android, iPhone and iPad