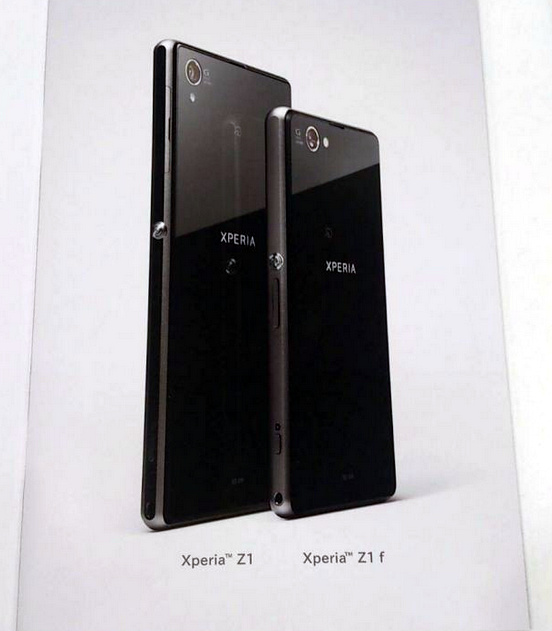 Rumors about the mini version of the Xperia Z1 or Honami mini surfaced last month, even before the Z1 launch. Now Xperia Blog has got hold of the image and detailed specifications of the Xperia Z1 f (SO-02F) headed to NTT Docomo in Japan. As the earlier rumor suggested the Xperia Z1 f would have a 4.3-inch (1280 x 720 pixels)  Triluminos Display with X-Reality for Mobile, powered by a 2.2 GHz quad-core Qualcomm Snapdragon 800 processor and run on Android 4.2.2 (Jelly Bean).

It is also rumored to come with aluminium frame and IP55 / IP58 ratings for dust and water resistance. It would have the same 20.7-megapixel rear camera with Sony G lens present in the Z1 with 1080p video recording and a 2-megapixel 1080p front-facing camera. It would be 9.4mm thick, about 0.9mm thicker than the Z1. It should have a expandable memory card slot, but it not mentioned on the leaked spec sheet. 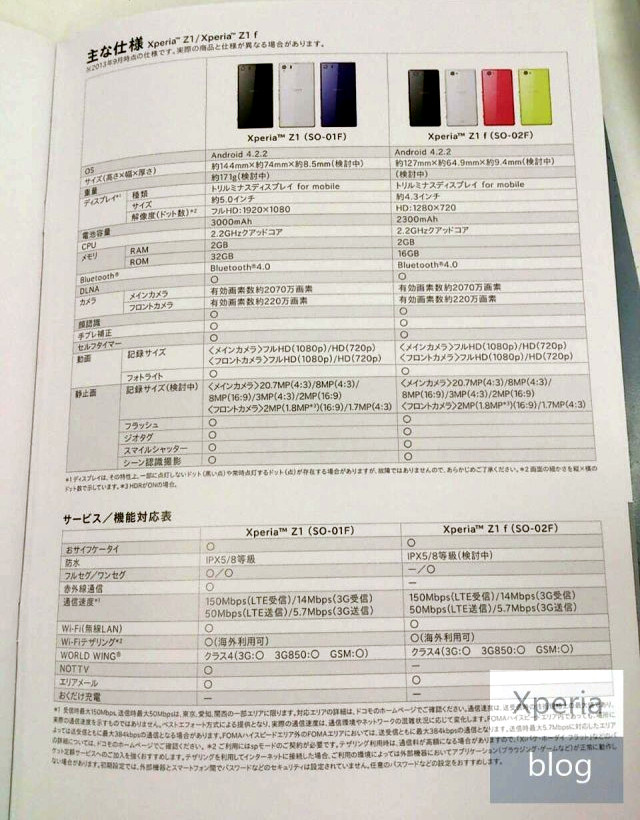 The leak also reveals that the phone would come in Black, White, Pink and Yellow colors. It is expected to be launched on NTT Docomo in Japan in October.