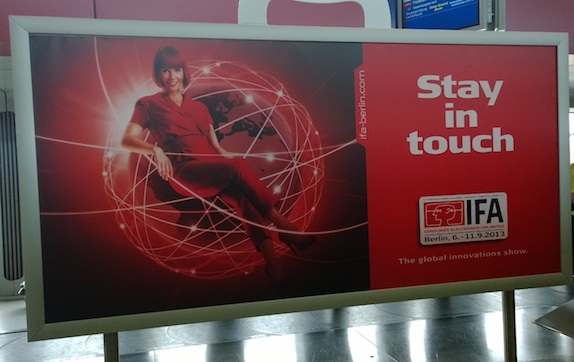 We have been dreaming about attending IFA for several years and finally the time has come. FoneArena is at IFA 2013 in Berlin , Germany where a lot of new products are going to announced including the Samsung Galaxy Note 3 and the Sony XPERIA Z1. You are going to see a lot of content from IFA on both our main blog and the tech blog throughout this week as we are working hard to bring you the best news from Berlin. Samsung, Sony , Asus , Acer, Panasonic, Canon are some of the companies expected to launch new products at at the show.We are going to be live blogging some key product launches so do stay tuned to our blog. Also we are going to publishing a ton of video content over at our Youtube channel, do subscribe if you have not already done so.

Do let us know if you want us to check out something cool from IFA and we have not covered and we would surely try to get our hands on it ! So Willkommen to our first ever IFA coverage .We are excited!

If you have any questions to ask, sound off in the comments section below or Tweet at us with the hashtag #FAatIFA to tell us what you want to see on the blog as the event happens!