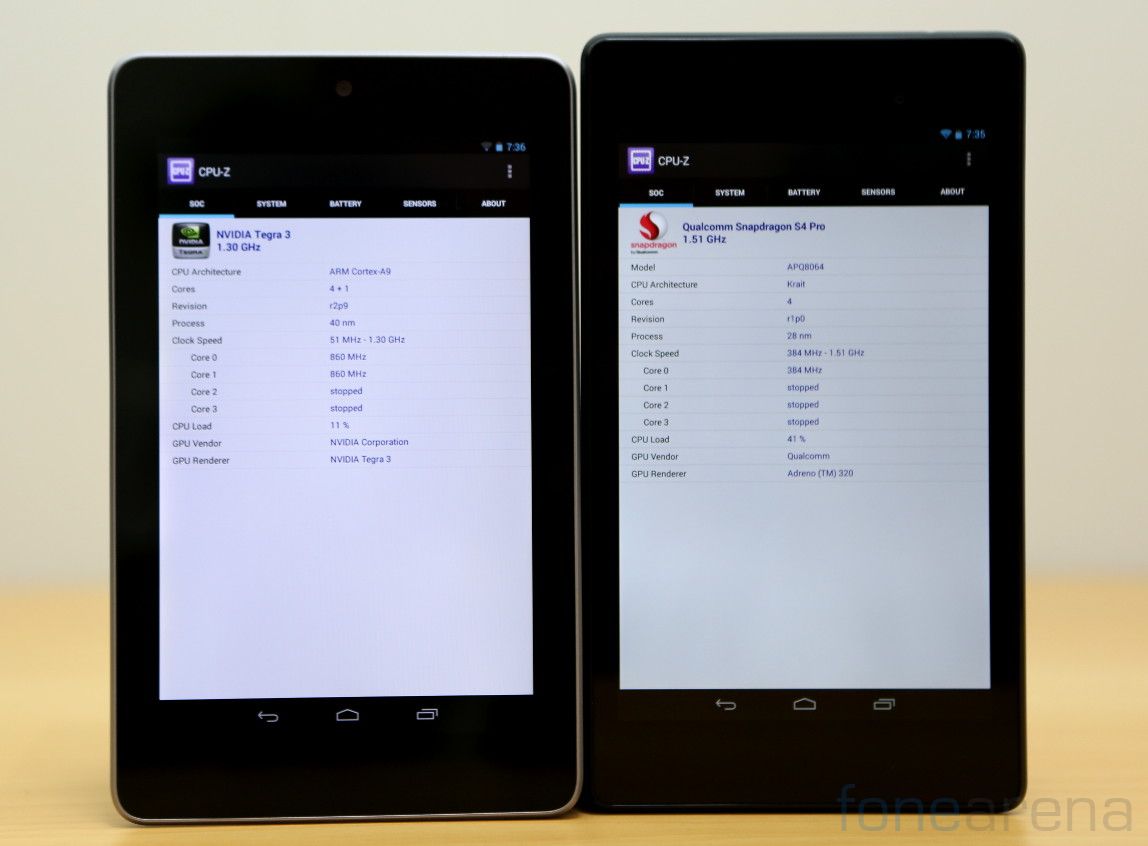 Google released the new Nexus 7 manufactured by Asus last month. We brought you the review of the device recently, and here we managed to compare new and old Nexus 7 tablets in terms of benchmarks . The new Nexus 7 is powered by a 1.5 GHz quad-core Snapdragon S4 Pro (APQ8064) CPU and Adreno 320 GPU and has 2GB of RAM. The first Nexus is powered by a 1.3 GHz NVIDIA Tegra 3 GPU with 12 Core NVIDIA ULP GeForce GPU and had 1GB of RAM. The new Nexus 7 has a 7-inch 1920×1200 HD display and runs on the latest Android 4.3 (Jelly Bean) OS, we had also updated the old Nexus 7 to Android 4.3 (Jelly Bean). Let’s see how these two tablets perform in several benchmark tests. 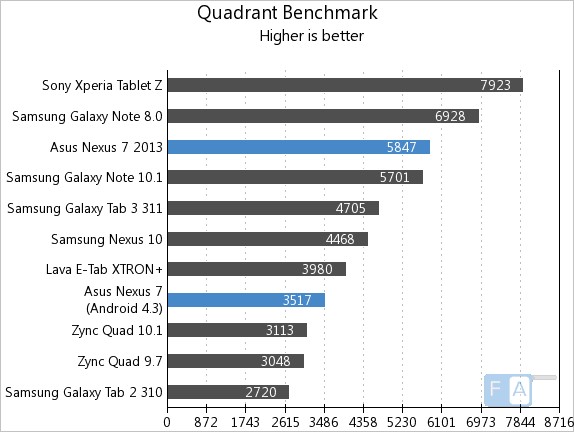 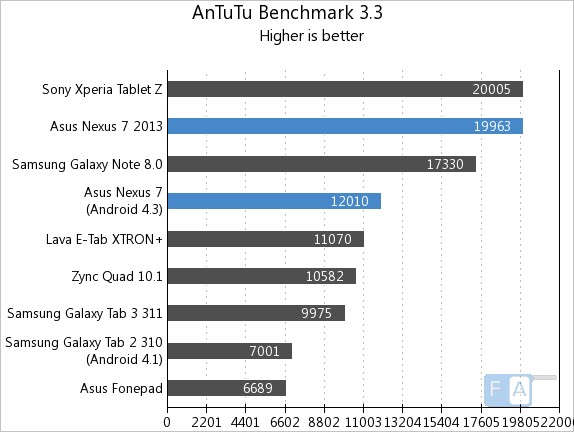 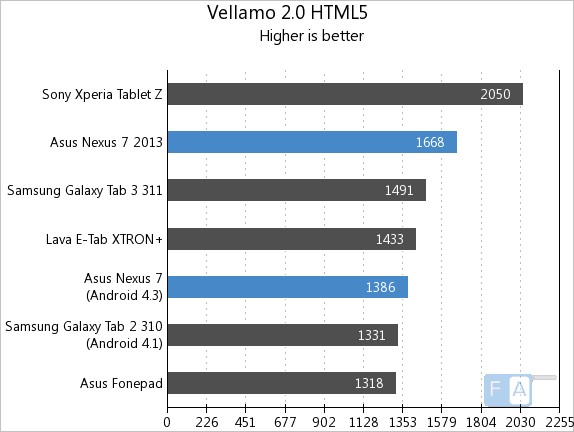 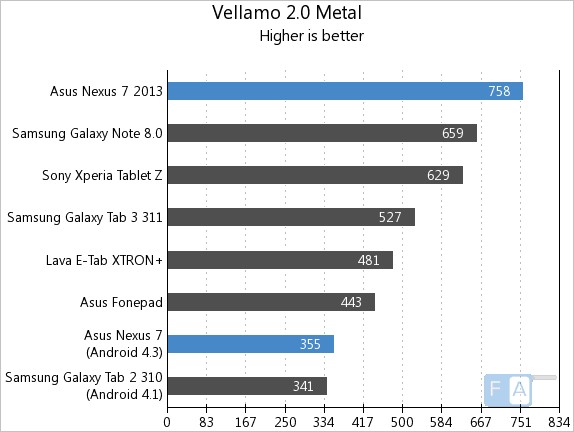 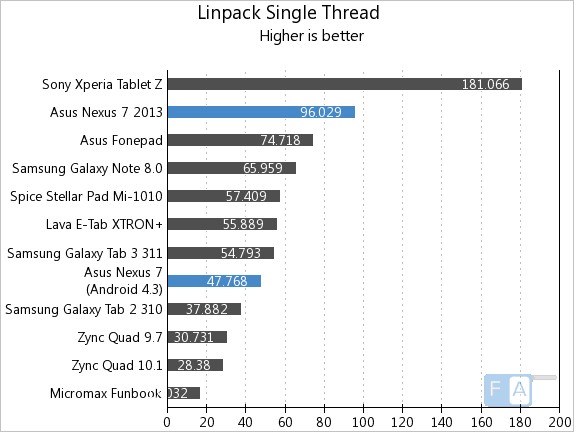 The new Nexus 7 powered by the Qualcomm S4 Pro CPU scores around 96 points in the Linpack Single thread benchmark, but the Tegra 3-powered Nexus 7 scores around 47 points. 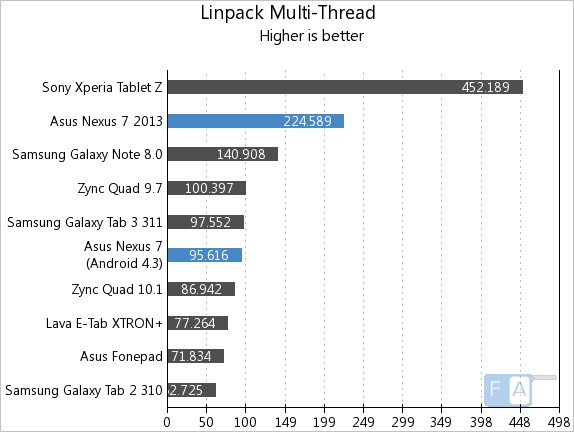 Again the new Nexus 7 grabs the second spot with 224 points, but the old Nexus 7 scores around 95 points and grabs the 6th spot, behind the Tab 3 311. 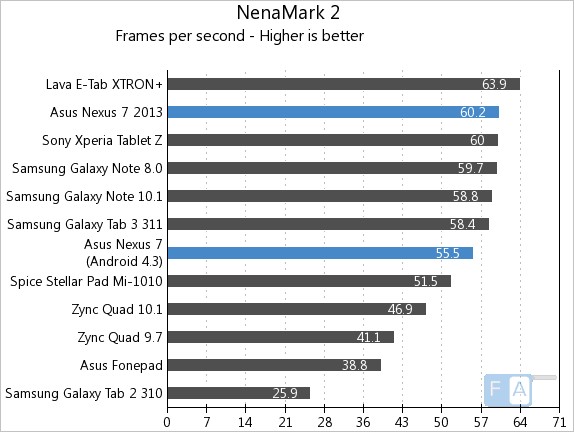 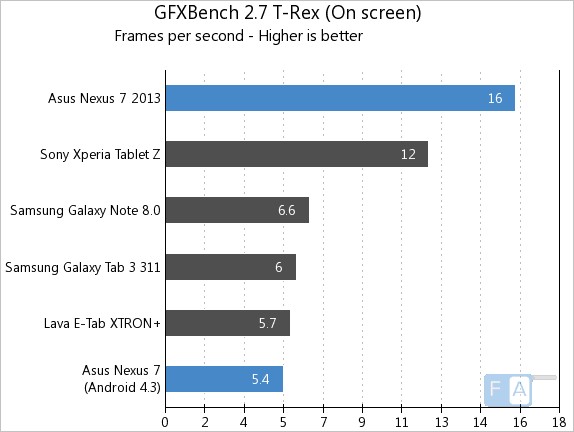 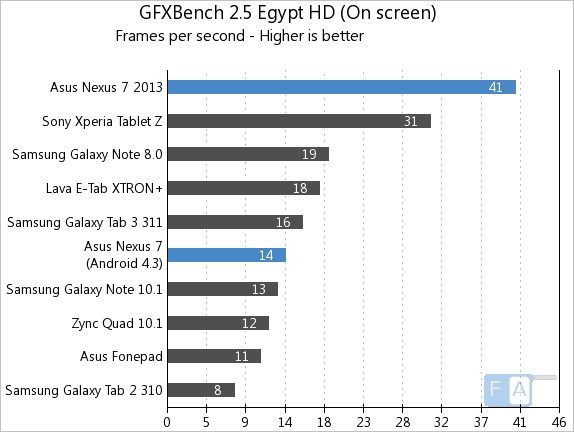 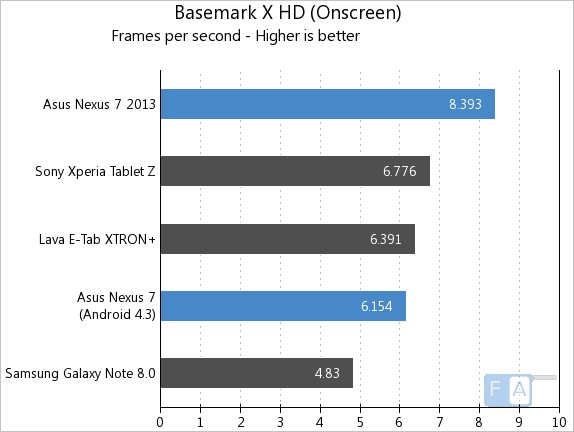 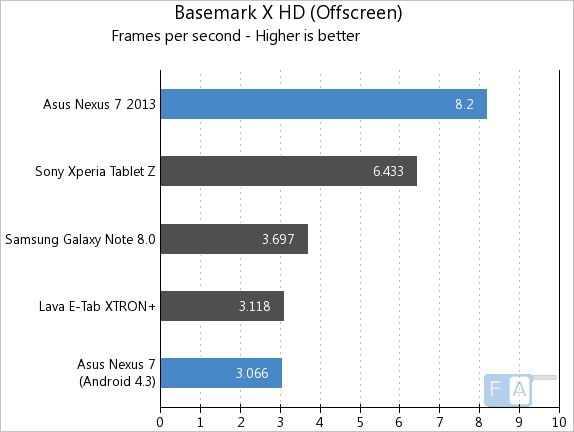 The new Nexus 7 tops both the BaseMark X onscreen and offscreen benchmark. Thanks to the high-res screen and a powerful processor. The old Nexus 7 lies at the bottom. So the new Nexus 7 is the clear winner. The new one is a worthy upgrade. The new Nexus 7 tablet has been launched in several countries and is also expected to launch in India soon.