Pretty much everything is already known about the LG G2 ahead of its launch. We’ve seen that is has  rear mounted volume controls which is something we haven’t seen before. The phone will also come with ringtones from the Vienna Boy’s orchestra. 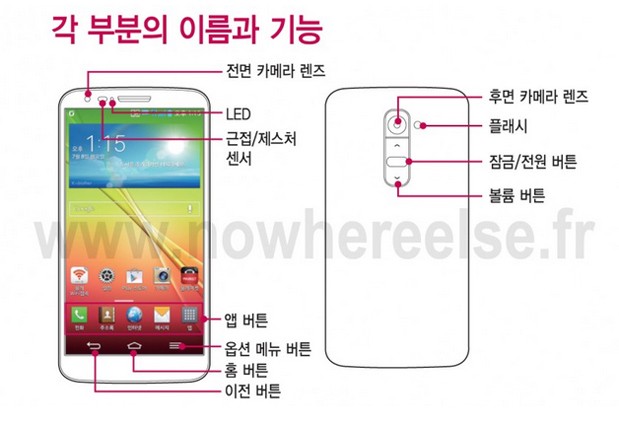 A leaked manual has now surfaced that provides us with a bit more information and fills all the blank spaces around the specifications of the device. The phone has a 5.2 inch 1080p display. Powering it is a Snapdragon 800 processor. Between the volume rocker at the back is a power/lock key and not a fingerprint sensor as many expected. Following the trend started by the iPhone 5, the handset will have a nano-SIM slow as well as micro SD card slot. The battery is rated at 2,610 mAh which is on the smaller side. With the next generation Note, HTC One Max and new devices from Sony coming up over the next few months, smartphone competition is going to heat up once again. We’ll have more for you on the LG G2 as details surface.