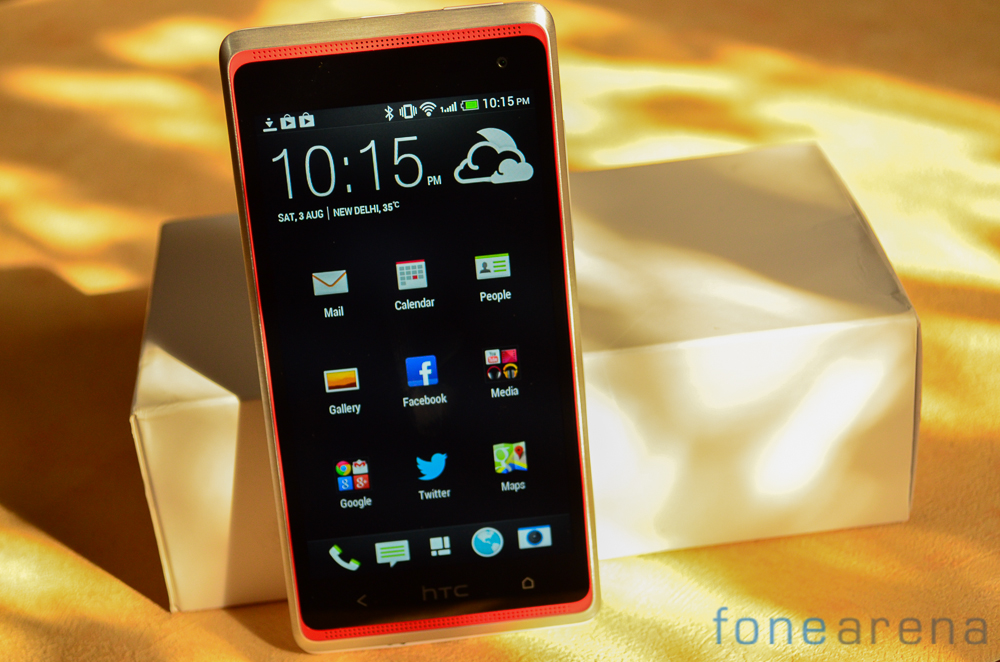 The HTC Desire 600 is the Taiwanese company’s play in the dual SIM handset segment of the market. The Android 4.1 based handset combines the design philosophy behind devices like the HTC Butterfly, One and combines it with mid range specifications to create a value proposition. Does it succeed in making a case for itself ? Read on our review to find out.

The design of the HTC Desire 600 is simultaneously fresh and yet similar. It takes the most recognizable parts of the HTC One and Butterfly to create a unique identity that both looks and feels great. The construction is soft touch plastic with a brushed aluminum style edge.The handset combines a black bezel with a red speaker lining to give it distinctive look. 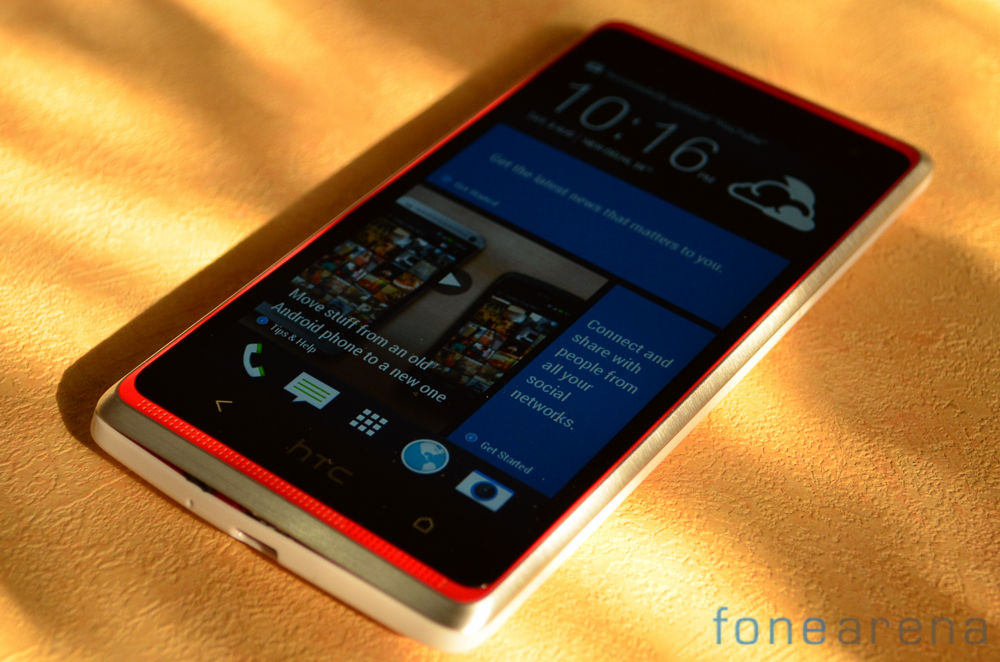 The front of the phone has a 4.5 inch Super LCD2 type screen. The resolution is 960×540 and this results in a pixel density of 244.71 PPI. While a 720p screen would have been appreciated, the Super LCD2 panel makes up for it with excellent color rendering. The text appears to float on the screen but can look blurred around the edges. As seen above, sunlight visibility is satisfactory and so are viewing angles.

Because the handset is equipped with BoomSound speakers, you get stereo speakers with one unit at either end of the handset. The speaker mesh is visible and the end result is loud, clear audio with rather good stereo separation. A 1.6MP front facing camera is also visible here. At the top edge is the 3.5mm audio jack and power key. While easily reachable, we would have preferred to see the power/lock key on the side of the handset. A groove to remove the backplate is also visible here. A power rocker is on the right side of the handset. Made of a single piece of plastic that sits flush with the handset, tactile feedback felt lacking. We’d have liked to see a more pronounced rocker along with a dedicated camera shutter key. The micro USB charging slot is along the bottom edge. 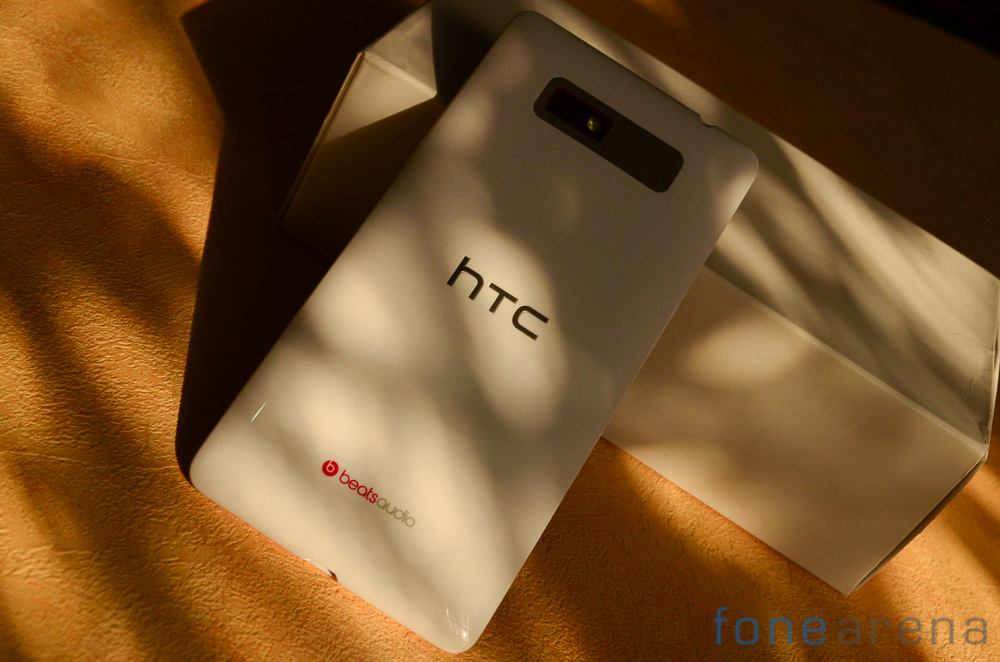 The back of the phone is made of soft touch plastic that feels very high quality. A high gloss layer has been applied to the rear cover that unfortunately makes it prone to picking up scratches. These aren’t easily visible but do get picked up the handset rather easily and we’d recommend investing in a case. With dimensions of 134.8 x 67 x 9.3 mm, the handset is diminutive in size and easily slips into your hand. Weighing just 130 grams, the Desire 600 is a petite smartphone that is quite refreshing to hold.

We’ve already mentioned the Desire 600’s display earlier in the review. The screen size of 4.5 inches with a pixel density of 244.7PPI is perfectly usable. For a smartphone in its segment, we did expect a 720p panel here but weren’t disappointed either.

The Super LCD 2 panel has more than adequate brightness levels. The panel has vibrant colors that might appear slightly over saturated but not to the extent of an AMOLED display. The contrast levels are more than adequate and sunlight visibility was quite good. The text isn’t super crisp but is far from a deal breaker.

Running on Android 4.1.2, the Desire 600 has Sense 5.0 just like on the HTC One. The device retains most of the software features and gimmicks as seen on its elder brother. 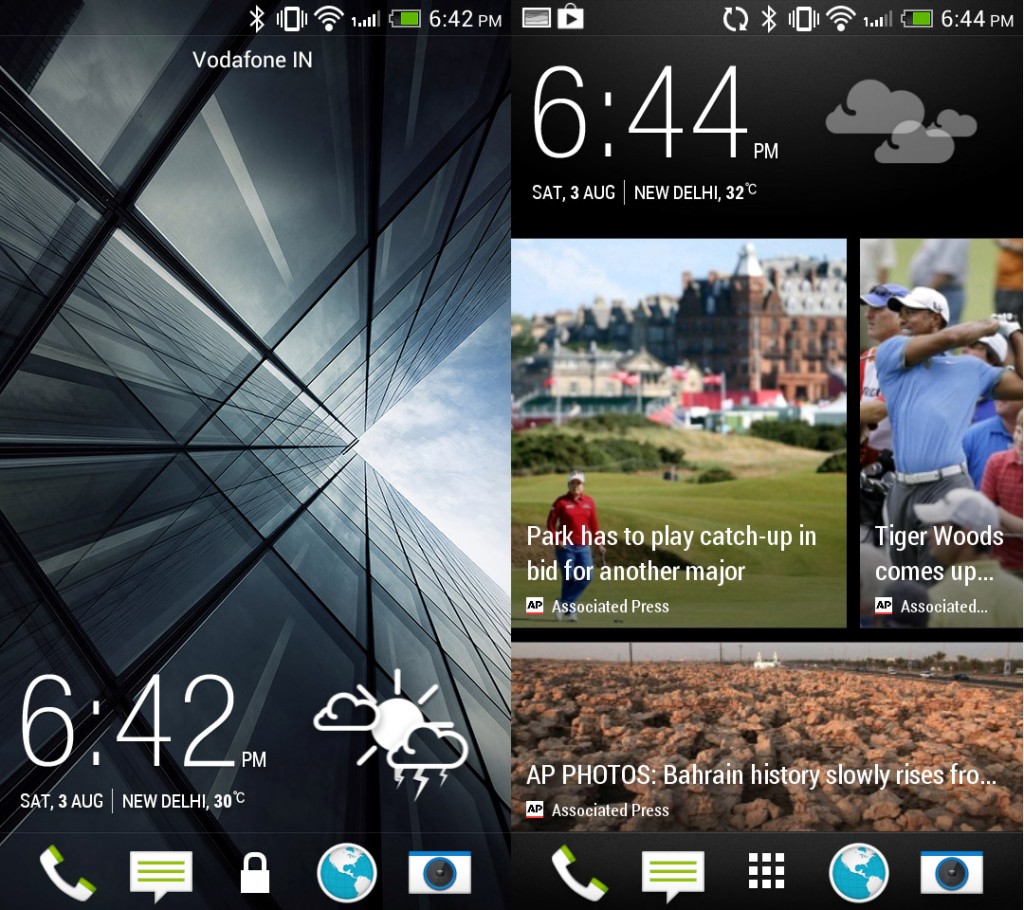 Tapping the power button reveals the lock screen that displays the time with the date, current weather indicated below it. It is possible to customize this and have more information displayed on top. Music player shortcuts appear here while playing content. Unlocking the device drops you straight into HTC’s love or hate content aggregating BlinkFeed. BlinkFeed aggregates content from your social networks, favorite news sources and drops into a picture heavy grid that you can scroll through at leisure. For light consumers, it could replace the need for an app like Feedly. Unfortunately it is not possible to complete disable BlinkFeed but you can set a different homescreen panel as your primary and auto unlock to that screen thereby bypassing having to look at BlinkFeed. 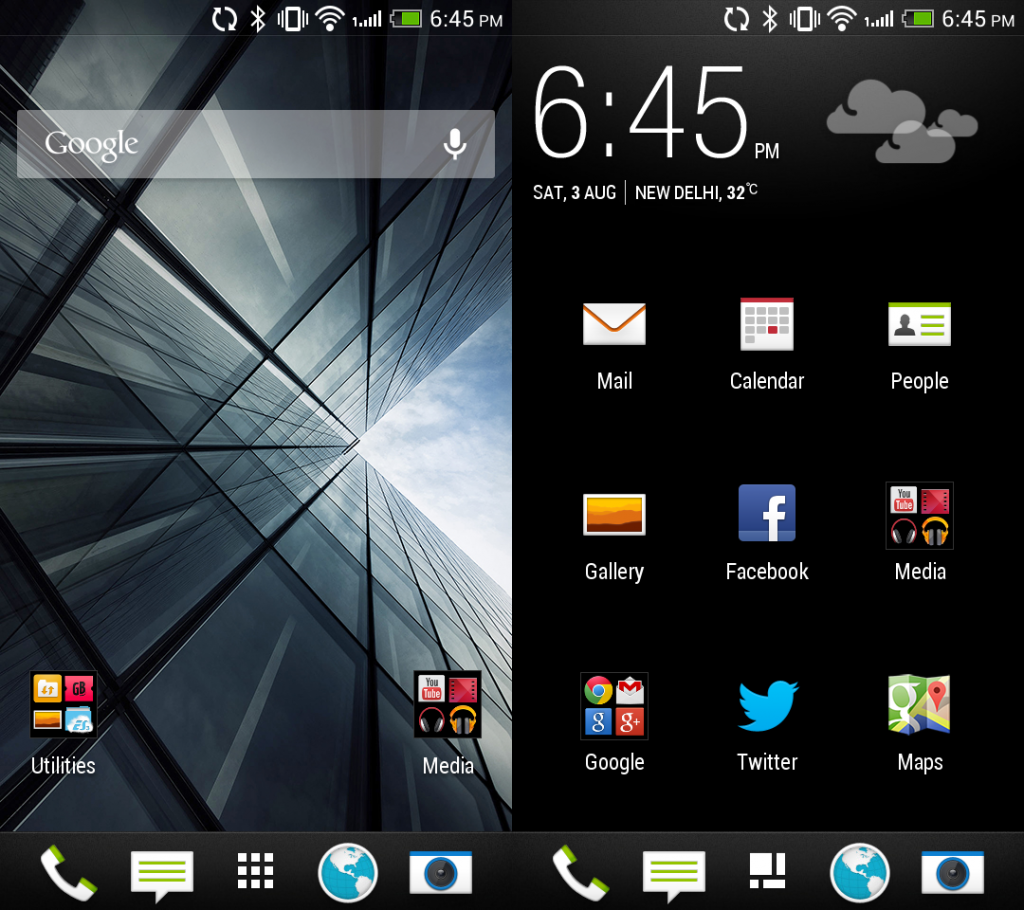 A persistent shortcut bar can be seen below the homescreen and app launcher. The buttons directly launch the dialer, messenger, browser and camera apps by default but can be replaced to suit your requirements. The app launcher itself is a grid of 3 x 4 application icons with a weather widget right at the top of the list. It is possible to hide applications from here and also to increase grid size to 4 x 5. We’ve previously talked in depth about HTC’s Sense 5 UI in our HTC One review and you should check that out for more on the interface here. The interface makes allowances for the Dual SIM capabilies and lets you select the number to be used while making a phone call and while sending a message.

The Desire 600 is powered by a 1.2 GHz quad-core Qualcomm Snapdragon 200 MSM8625Q processor. There’s 1GB of RAM onboard with roughly 350MB of that available at launch. Built in storage is 8GB with about 4.3GB of storage available out of the box. It is possible to extend built in storage via the microSD card slot but there is no provision to set your memory card as the default location to install apps. Day to day performance is good but not excellent. There are frame rate drops when scrolling through the BlinkFeed interface and checker boarding in the browser is not uncommon. Performance isn’t bad per se but definitely could do with some of the boosts brought along by newer versions of Android at a minimum. If you care about synthetic benchmarks, then we’ve got you covered in depth here. 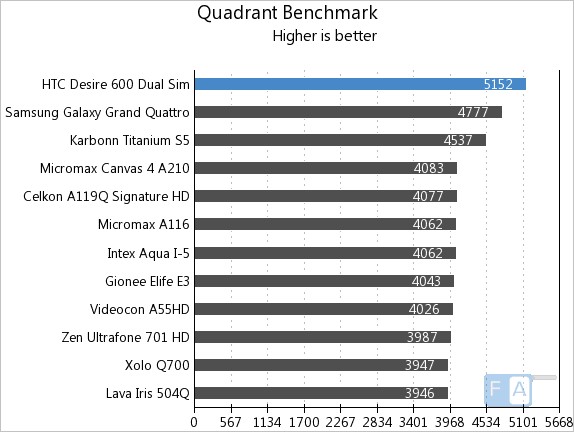 The Desire 600 Dual Sim tops the Quadrant benchmark amongst its contemporaries with a score of over 5000 points. 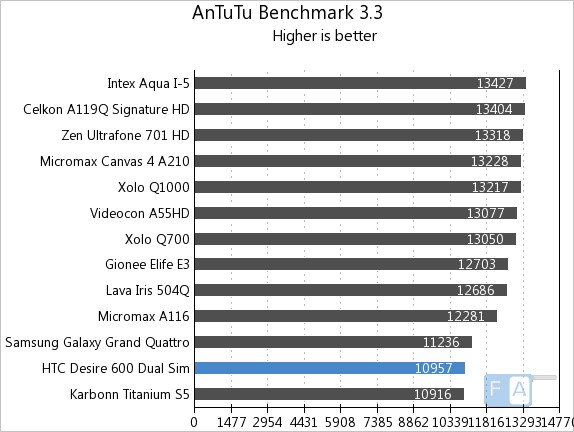 However in the AnTuTu Benchmark 3.3 it manages to score few points less than 11,000 points placing it in line with handsets like the Karbonn Titanium S5.

The HTC Desire 600 has an 8MP rear camera with LED Flash and a BSI Sensor. The front camera has a 1.6MP BSI sensor. The camera module is surrounded by a protective material and the module itself is set slightly lower than the rest of the back of the handset and hence doesn’t sit directly on a surface when the phone is set down. 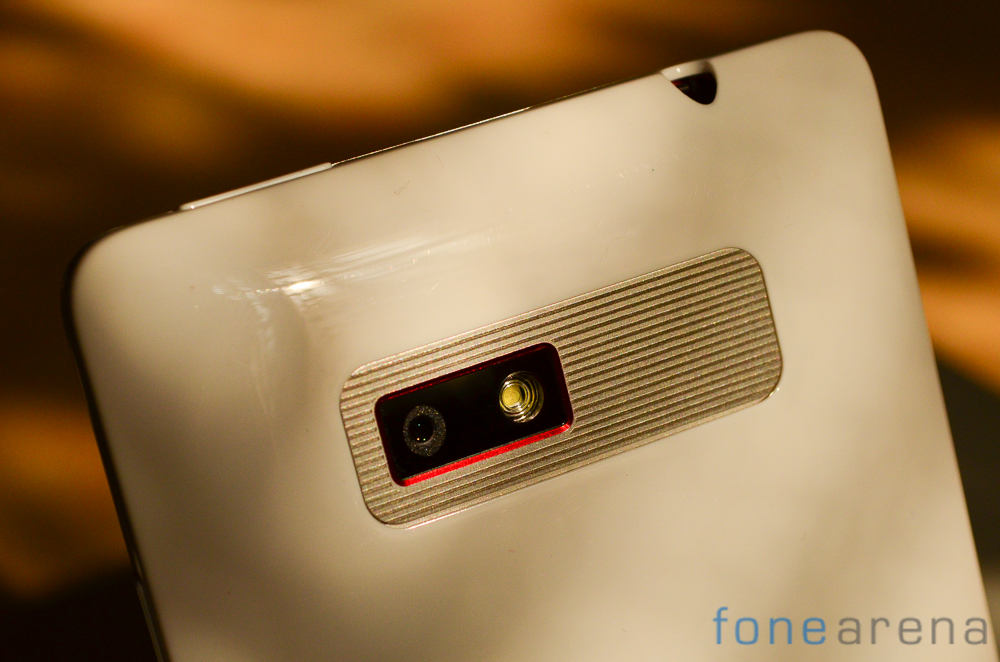 We tested out the camera of the phone extensively for our review and generally found images to be pleasing. Noise levels ended up being higher than usual even in bright surroundings but colors were natural and very accurate for the most part. 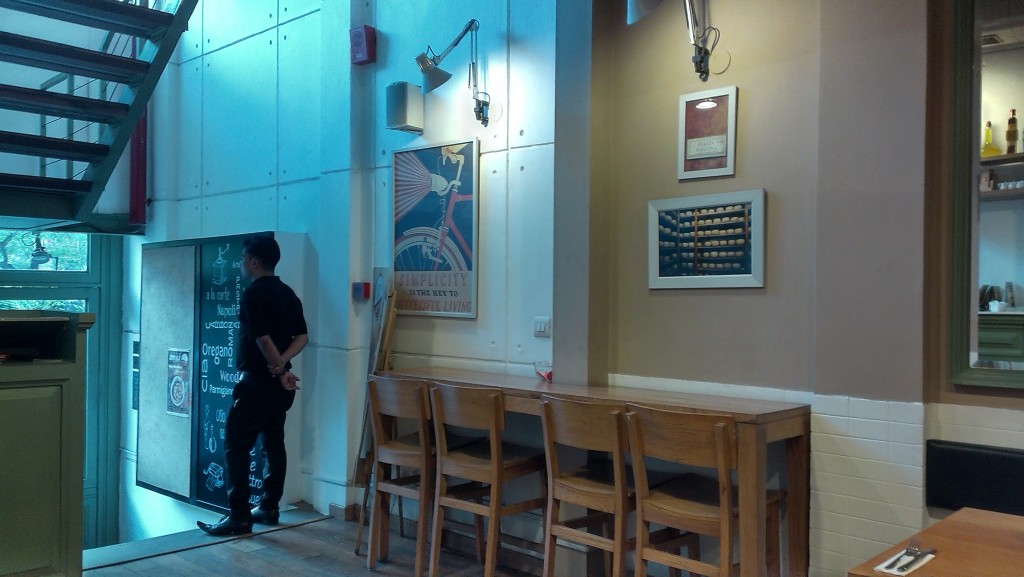 As can be seen here, in brightly lit situations, the camera does an admirable job of capturing the image. The phone captures a fairly high level of details though 1:1 crops show a lot of compression artifacts so you’d be best served giving that a wide berth. 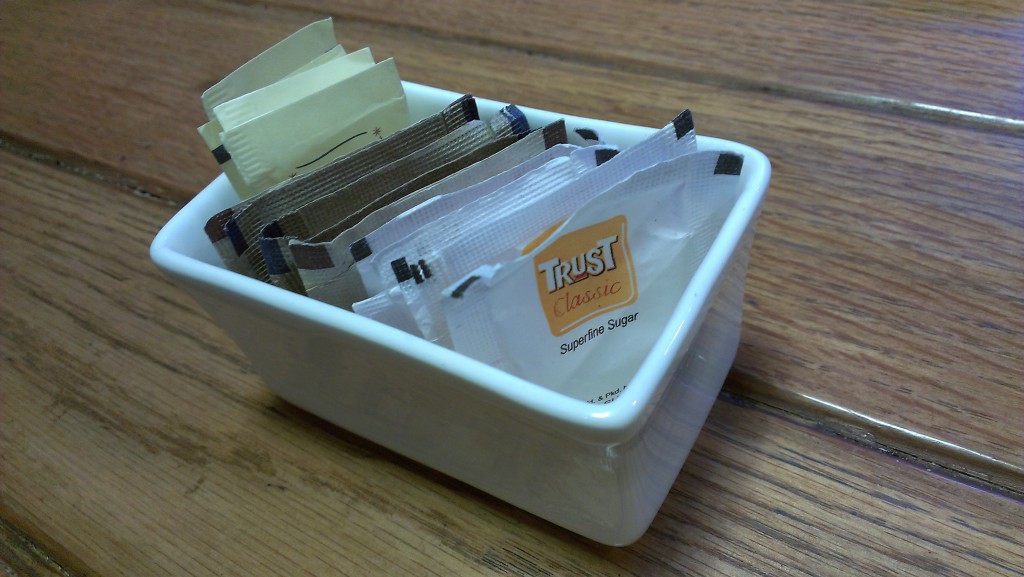 We were fairly impressed by the close up shots taken with the handset. While focussing is generally slow on the handset, it particularly drops down to a crawl when shooting close ups. The camera often gets stuck hunting for a focus lock and can result in a missed shot. Close ups shot with the phone end up looking crisp with balanced colors, contrast and a high level of details in the image. 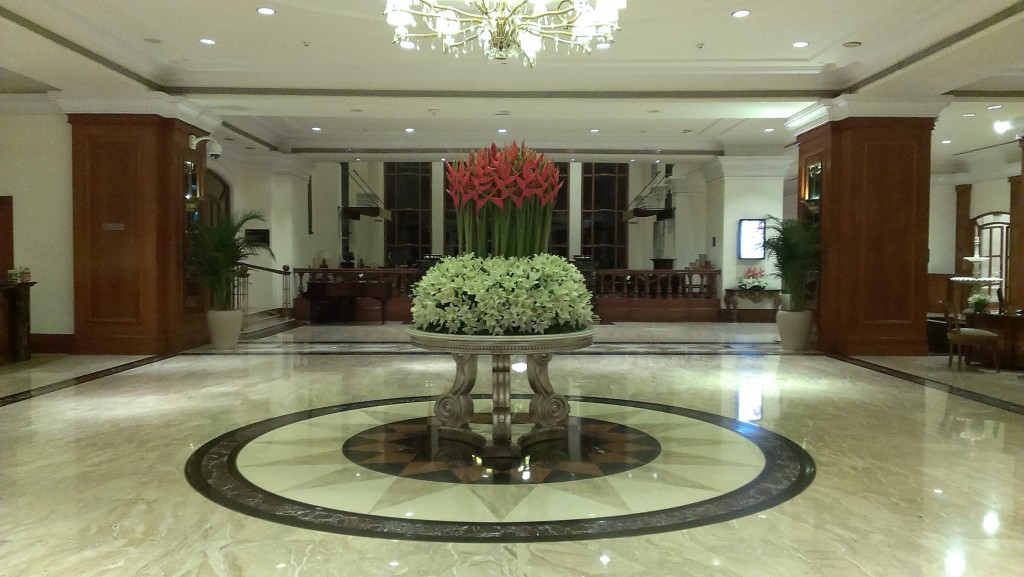 Low light & indoor shots like the one above display the limitations of the small sensor. Noise levels are high and very visible in the wood paneled columns. The dynamic range is also limited as the highlights visible in the chandelier appear to be burnt out.

Above are some more samples of close up shots as well as night time photos taken with the HTC Desire 600. Close up shots with the handset are quite admirable though noise shoots up dramatically in not so great light. Images shot in complete darkness are predictably soft and not very usable.

Video recording tops off at a resolution of 720p. Video is quality is generally decent. The camera does take a slightly heavy handed approach towards post processing and you’ll find over sharpened edges in video clips. That said, it does capture a fair amount of details and colors are natural.

Moving on to the multimedia capabilities of the HTC Desire 600. We put it through our standard multimedia test that allows us to determine the codec support on the handset. In terms of audio playback, the phone support the usual mp3, AAC and even FLAC audio. Beats Audio is built in to allow for richer and better audio quality. The difference in our opinion was marginal at best. The BoomSound speakers are yet another feature that has been extremely popular on the HTC One and has made its way here as well. The speakers are loud for sure but aren’t very clear. The highs were quite shrill and the speaker definitely struggles with bass. That said, the speakers on the Desire 600 are still better than most other devices in its category.

Video playback wasn’t all that great as it was only able to playback low profile 720p content at max in our tests. However the beauty of Android is the choice of using replacement apps for any situation. So you should be able to play additional formats and even higher quality material but by default the phone is stuck at playback of 720p videos at max.

We’ve also embedded gaming videos from the handset above. Performance is decent but once again you can notice skipped frames.

The HTC Desire 600 is a dual SIM handset and both SIM cards are active. Only one of the SIM cards supports WCDMA while the other is GSM only. Under the backplate is also a microSD card slot which you’ll need to expand the built in 8GB of storage. The handset supports 3G (HSDPA up to 7.2 Mbps), WiFi 802.11 b/g/n, Bluetooth 4.0 with aptX and GPS with A-GPS. 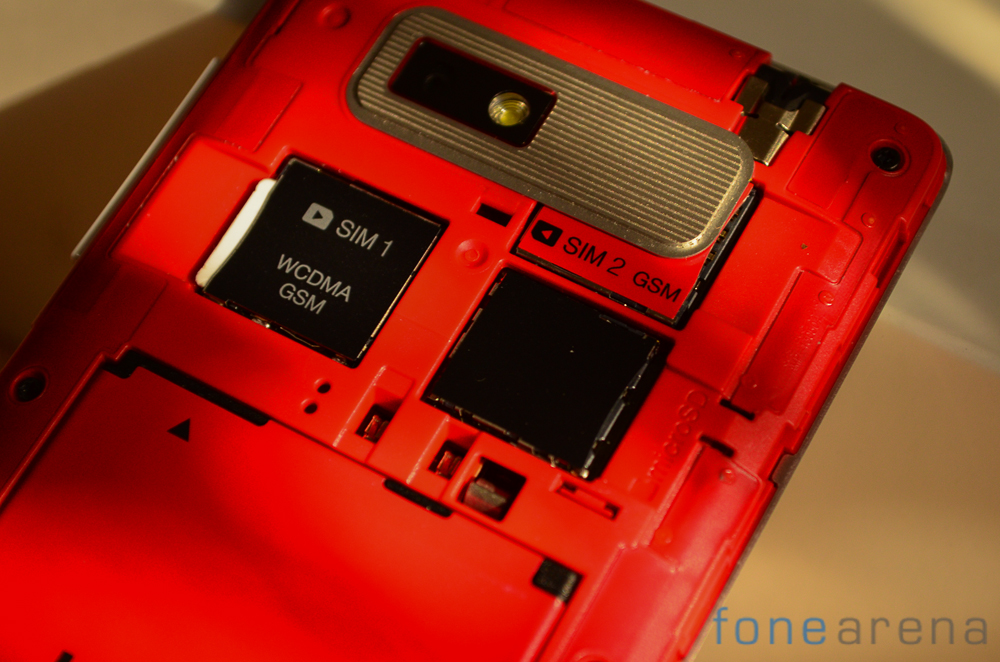 The battery unit is rated at 1,860 mAh which proves to be sufficient for about a work day of usage. With light to moderate usage we could easily get a day of usage out of the handset but pushing it hard meant a dead battery before the day was out. As always, battery life will depend a lot on your usage scenario but under moderate usage you should be able to get a solid work day out of the phone.

The HTC Desire 600 priced at close to Rs. 26,000 might not be the most powerful handset in that price range but it is one of the few high quality Dual SIM handsets that combine said abilities with a very good looking and more importantly ergonomic shell. 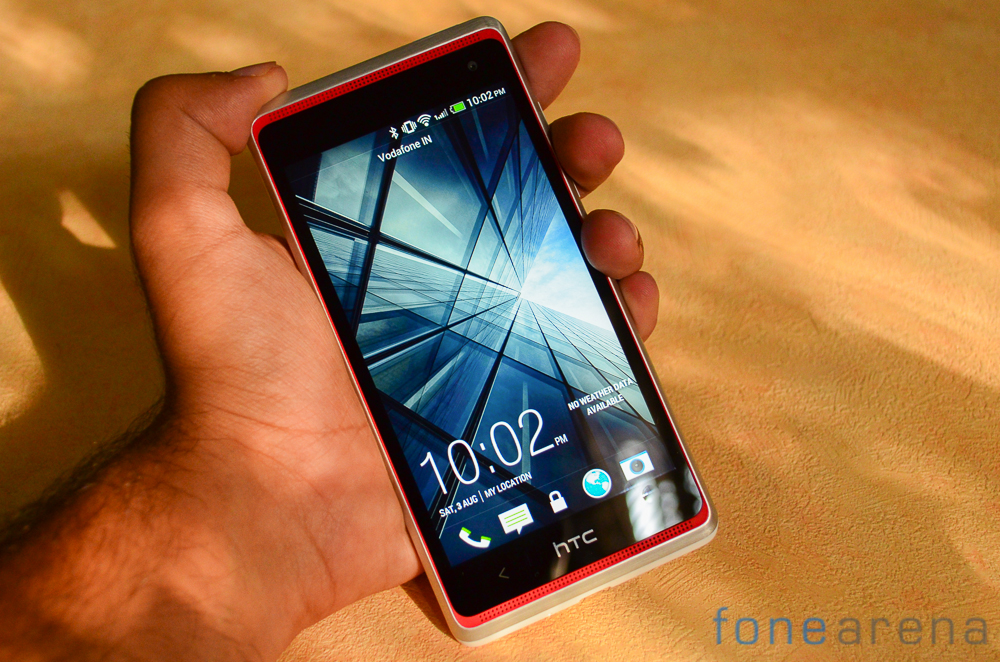 The latest version of Sense UI that adds a lot of value to the base software, BoomSound speakers are additional reasons to go for the handset. The camera doesn’t disappoint either. If you’re looking for an all around well performing Dual SIM handset, then the Desire 600 should be in your list of devices to consider. That said, HTC would be well served by pricing the smartphone a bit lower.